Oh, you are a naughty, naughty boy John Marleau!

John Marleau is currently on probation (perhaps in relation to the incident involving the attack on the LRC worker). One of the requirements of that probation is that he not consume or being in possession of alcohol.

How's he making out with that?

Here are a few pictures of Marleau at the birthday party of a girl who is around 16 years old (most of the others were minors as well). The title of the album these photos come from was "A******'s Birthday Party. SO MUCH BLOW... EVERYWHERE." Also included are his comments asking that the photos be removed, as he knew full well he was in violation of his probation: 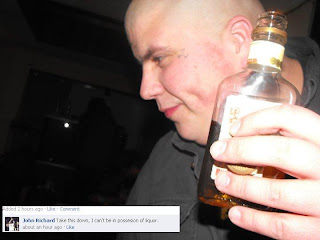 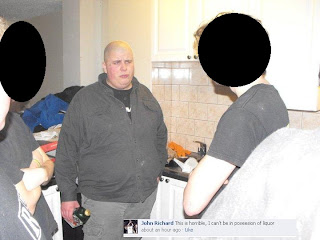 We're not sure if anything will come of this revelation, but we decided that we would like to share with our dear readers.

Hey, John. Smile for the camera: 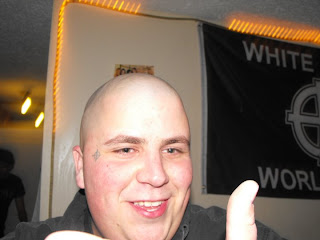 Email ThisBlogThis!Share to TwitterShare to FacebookShare to Pinterest
Labels: Marleau

By the way, all the people at that party were of age. And it was the girls 18th.

Okay seriously, this post is really weak. People break their probation orders all the time with much more serious offences then drinking... And you guys decided to write a post about John drinking?? Come on, If you are going to write about and expose people on here, then atleast make it something worth reading.

Well we're not sure what force compelled you to read something you feel wasn't worth publishing, but we hope that you're able to get on with your life. ;)

You are of course right. People do break their probation orders all the time. And many of them go to jail for it. Since Marleau blames alcohol in part for his knife attack on a city worker, then you'll forgive us if we're a little bit concerned that he's decided to continue drinking Jägermeister straight from the bottle.

@Nos200: I wasn't trying to insult you or anything. I personally don't support people breaking their conditions. I was just saying that it happens all the time.
I'm not sure about Calgary, but I know that here in Toronto there is a zero tolerance for assaults on city workers. I can agree with what they think.. After all, they are just trying to do their job.
And yes, drinking hard liquer straight isn't a great idea haha.

fat pig he is

You should alter the article to focus on the fact that he was breaking the terms of his parole rather than being around minors. The comments here are all confirming that the party was for a girls 18th not her 16th

Don't forget there was apparently, "SO MUCH BLOW", and that IS illegal, no matter what the age.