Today the Federal Court of Canada made a decision regarding Marc Lemire's appeal of the Sec 13 ruling against him (he had previously had another related appeal dismissed).

Lemire not only lost his appeal, but the Federal Court also reinstated the constitutionality of the penalty clause of Sec 13.

To see the complete ruling, we suggest our dear readers click here.

We'll await the crying and gnashing of teeth from the usual suspects. Fromm himself is a little behind as he has only started to complain about the costs awarded to Mr. Warman in his libel case against Free Dominion:

Richard Warman seems to do very well in Ottawa with defamation suits. The courts there seem to like him and he pockets fat awards, plus costs. He's a hometown boy. His wife too works in the legal system. It's tough for outsiders like the Fourniers or CAFE/Fromm or others who have not had the home town advantage. On January 23, a provincial superior judge, Robert Smith, slapped the Fourniers with a crushing Singapore-style $127,000 judgement -- damages and costs for Richard Warman in a six-year long defamation suit. The Fourniers are shutting down their website Free Dominion, at least as a discussion board.

Read more »
Posted by Kurt Phillips at 17:12 No comments:

Big News From the Aryan United Front of Kingston, Ontario!!! 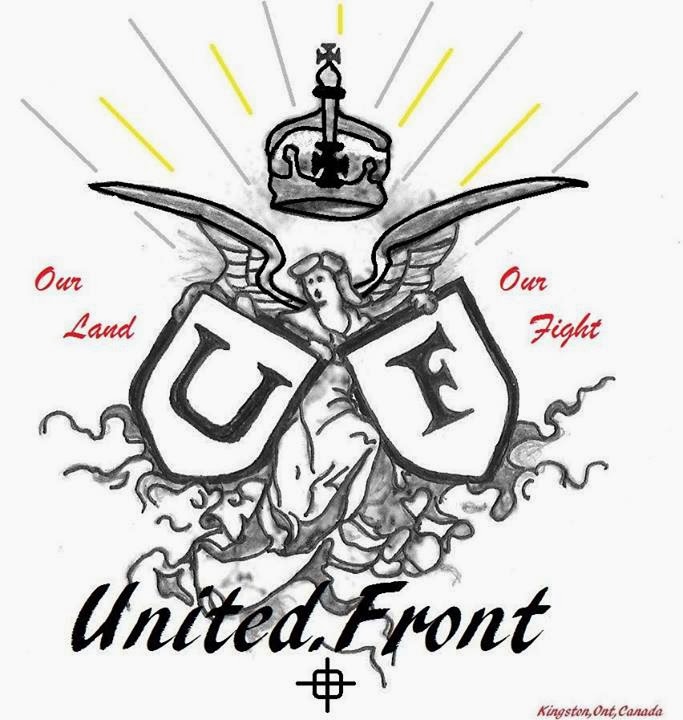 Be that as it may, earlier in the year they made a triumphant announcement on Facebook (yeah yeah we're trolling Facebook let's move on):

You know, when you're struggling to type the name of your own racist gang, you might want to consider taking some sort of remedial English class. Or, barring that, just change the name: 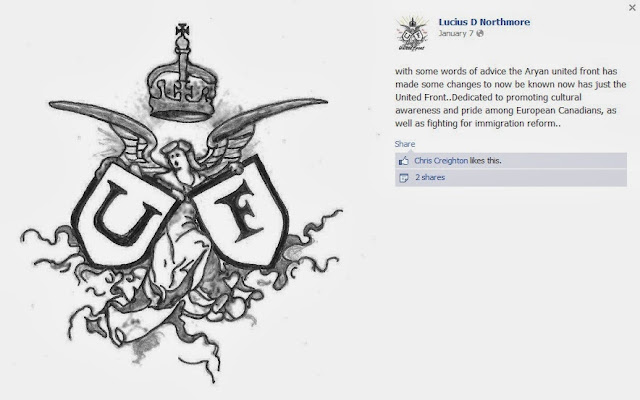 Yep. That was the big announcement.

So who is is the leader (and likely sole member) of this dynamic new organization?

Free Dominion and the Sound of Silence

On October 2, Richard Warman won his libel suit against Free Dominion, Mark and Connie Fournier, and two of the John Does known in the meat world as Roger Smith and Jason Bertucci, all of whom can be found in this photo taken with star witness Paul Fromm during the trial.

In total, including punitive and aggravated damages, the total bill now stands at $85,000.

That's a lot of scratch and might have something to do with what was found today at the Free Dominion website:


We suspect they didn't take the news all that well.

UPDATE: Well, this sort of confirms that the current state of Free Dominion is as a result of most recent court ruling.


Hmmm, didn't know about the injunction. And we thought the $85,000 included the punitive and aggravated costs.

Well, you learn something new every day!

Haven't been updating much due to the business of the other members and the illness of the lead writer. However we shall, as always, preserver.

We wrote about this case some time ago. Robert McCorkell left his estate to the American-based hate group the National Alliance in his will. Of course one could understand there might be a bit of a concern about a hate group, some of who's members have been connected to and convicted of racially based crimes, receiving that kind of scratch. So a few interested parties, not the least of whom is Robert McCorkell's estranged sister, have challenged with will in court. The National Alliance and their supporters have been crying and gnashing their teeth claiming that challenging the terms of a will is without precedent.

They are, of course, incorrect as wills are challenged all the time and those challenges are sometimes upheld (one such example would be Dian Fossey's mother who challenged her daughter's will and won).

Paulie has been, perhaps not so surprisingly considering his own ties to National Alliance members, one of the more histrionic of the McCorkell advocates. A few days ago in anticipation of an upcoming hearing Paulie posted the following:

Fredericton, NB. On Monday, John Hughes, lawyer for Fred Streed, executor of the Estate of Robert McCorkill, will appear before the New Brunswick Court of Appeal here to seek Leave to Appeal from a December 17, 2013 decision by Court of Queen's Bench Justice William T. Grant denying him the right to cross-examine Isabelle McCorkell (yes, different spelling), the sister of the late Robert McCorkell.

Mr. McCorkell who died in St. John in 2004, left a substantial collection of ancient coins and artefacts to the U.S.-based National Alliance. The will received probate in May, 2013. Almost immediately the Southern Poverty Law Center of Montgomery, Alabama denounced the bequest and said it should be stopped. he was echoed by Richard Warman in Ottawa. Soon, after, Isabelle McCorkell who lives in Ottawa and is the long estranged sister of Professor McCorkill, announced she was seeking an injunction to freeze the estate until she could bring an application to have the bequest reversed as it was contrary to the public interest. Miss McCorkell had shown no interest in the estate through the nine long years it too to probate.

Back in March 2013 we noted that after attacking yet another fellow Free Dominion posted and precipitating yet another flame war, Edward Kennedy had been banned from Free Dominion. We had speculated that the ban may very well be temporary; our speculation was soon confirmed by Ms. Fournier:

Kennedy didn't return immediately and initially when he did he posted sporadically, however for the last few months he has been posting on Free Dominion at the same pace he had been before he was banned for a single day.

Edward Kennedy continues to be a member in good standing at Free Dominion.

So, Connie, how's that working out for you now?

This past Friday the "Toronto Star" published a story about the discovery of Klan documents dating to the 1920s that were found in an old barn. The journalist who wrote the story had contacted us before publication and we provided some information concerning the history of the movement, though we're sure he likely already had that covered. That said, the story reminded us that we had something to contribute as well. One of our friends had found an Ontario Klan handbook dating to 1927 (the dying days of the Ontario Klan as it turned out) at a used book store. He sent us some scanned shots of the publication, though unfortunately the images turned out to be really too small to read. Here are a few pages of the publication: 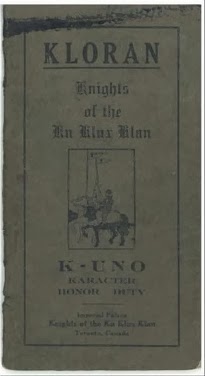 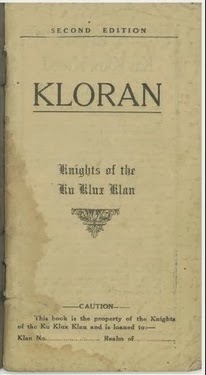 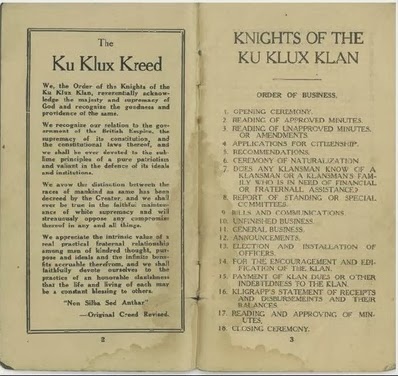 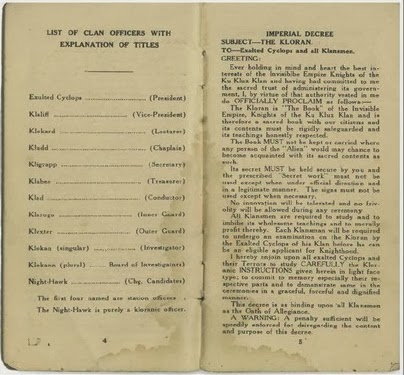 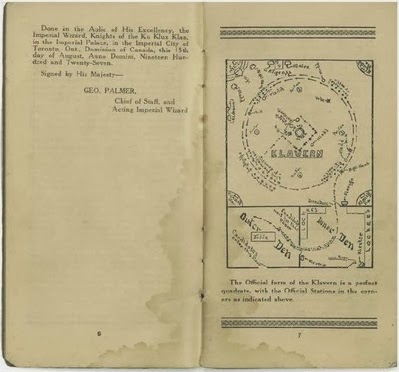 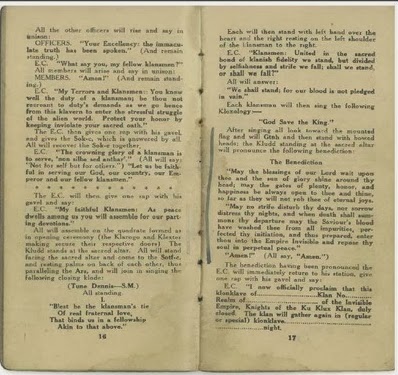 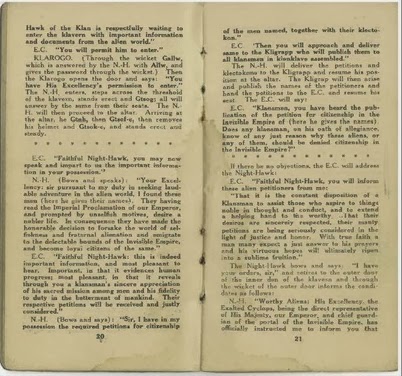 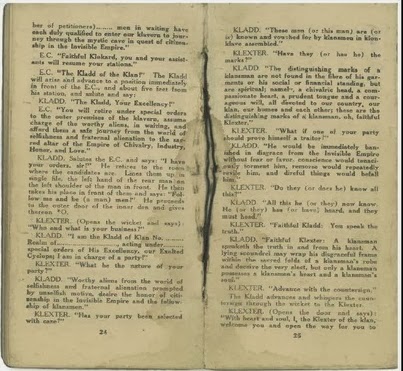 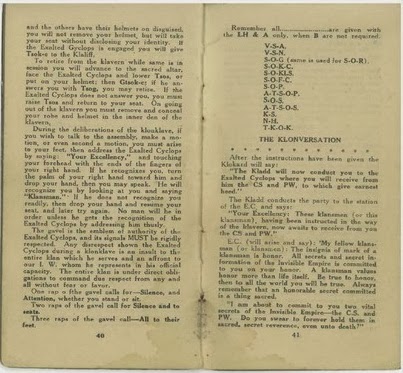 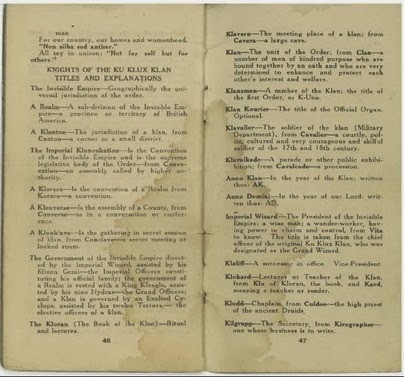 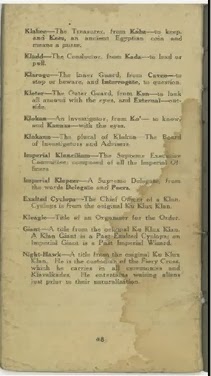 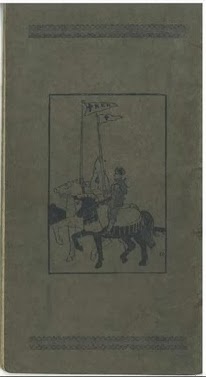 A story published on the same day in the "Toronto Sun" provided details in a family feud over the estate of former Canadian Nazi leader Martin Weiche:

Read more »
Posted by Kurt Phillips at 16:39 No comments:

Not necessarily surprising, mind you. 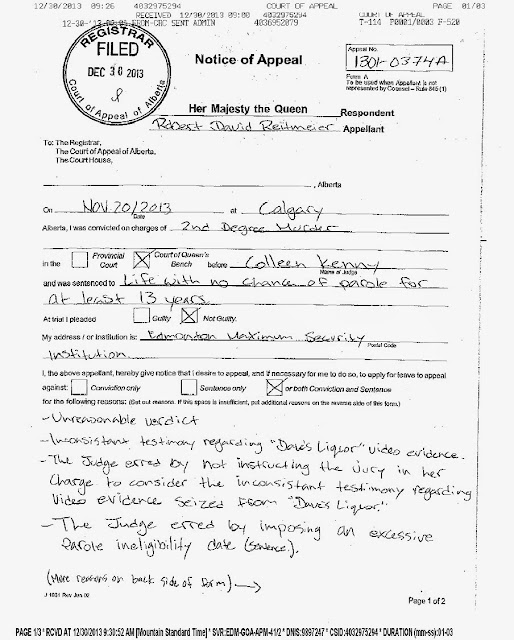 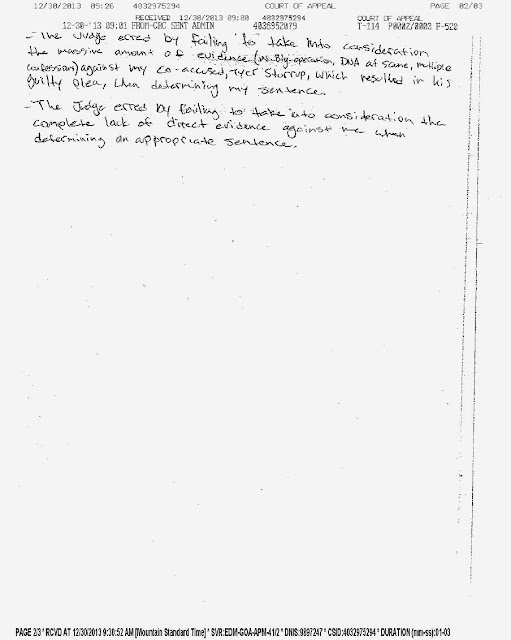 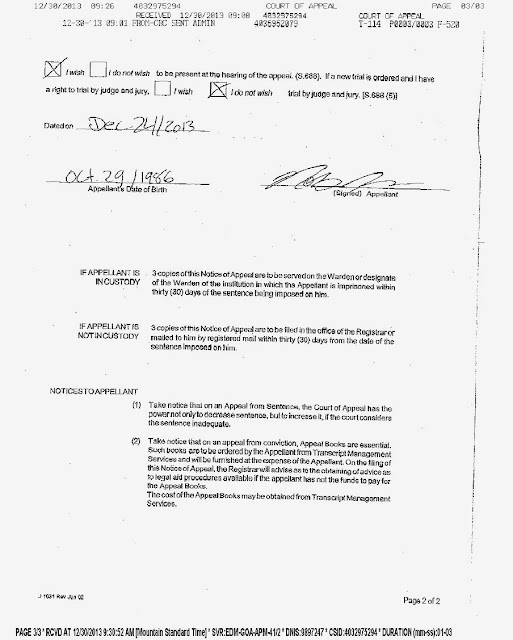 No doubt this will be difficult for the Mariani family, but unless something truly unexpected occurs, we suspect that the appeal will be rejected.

Neo-Nazi murderer, Robert Reitmeier, is appealing his conviction and sentence for the 2010 random killing of Mark Mariani.

After being found guilty by a jury in November 2013, Reitmeier was sentenced to life in prison with no chance of parole for 13 years. For Mariani's family, news of the appeal isn't sitting well.
Read more »
Posted by Kurt Phillips at 23:18 1 comment:

We've been a little more quiet these past few weeks, but that doesn't mean that we aren't working.

Over the past few years we've sort of gotten away from reporting on our gathering of intel on boneheads. This isn't to say that what we've been doing on the blog hasn't been useful, but we've decided to focus a little more of our attention on an area that we have been neglecting.

To that end, there are two new groups and two individuals that will featured here on the blog. We're sure our readers will enjoy what we have to offer.... we're sure those that we make famous here will not be quite as enthusiastic.