Paul Fromm is in favor of free speech. Unless it involves criticizing him

Paul Fromm styles himself as a free speech proponent. Others characterize him as a supporter of extreme ideologies such as those espoused by groups such as the Canadian Heritage Alliance, Northern Alliance, Aryan Guard, and other racist groups. Fromm's supporters also claim to uphold freedom of speech as a virtue. 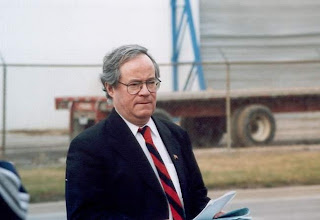 Not surprisingly, their rhetoric doesn't always live up to it's promise.

Such is the case in a recent thread on Stormfront in the Canada section. In it, the participants argue discuss the best way to improve Fromm's Internet radio show that occurs nightly on Stormfront Radio. Having listened to the show, we suggest a new host because Fromm is just awful, but we're more interested in what John Beattie had to say:

Everyone is being ever so polite. The great one in question [Paul Fromm] simply does not want anyone else to be heard, or notated, other than himself. Always was his way, and always will be his way. Gads I never thought others too would see this light of day. Pompous one man shows line pockets, but do not contribute one iota to saving our race. You can not drive a car with a license ending in 88, and wave the Union Jack at the same time, unless you are a huckster.

Editorial: In a battle of wits, the Aryan Guard appears to be completely unarmed.

It would appear that at least one member of the Aryan Guard have taken an interest in our articles about them and has created a blog to counter our claims. Now we would normally let this slide, and in the future we don't plan on responding to what they write, but this was too good for us to let the opportunity pass us by. We will respond to the scant information the Aryan Guard member has posted on his blog point by point.

They [Aryan Guard] seem to have a stalker, no one special 200, who makes all sort of unsavory allegations about the group, notably allegations of criminality and violence.

It's not an allegation, it's a documented fact:

However, what this character is careful to avoid mentioning is that virtually every violent incident that the members of the group have been involved in has been defensive on their part. For example, an incident involving an AG member stabbing someone will be mentioned, but the fact that that AG member was defending himself from fifteen assailants at the time will be glossed over.

Email ThisBlogThis!Share to TwitterShare to FacebookShare to Pinterest
Labels: Anti-racism

Leaving a message? Be warned.

If you leave a comment advocating violence and threatening anyone who is written about on this blog, not only will we not be posting your message, we may pass the message along to the authorities should the threat be specific.

We guess that whomever posted the message we received is a troll who is trying to set some sort of trap for us; we allow the message to be posted and the troll then goes on Free Dominion or another such site to claim that we support committing acts of violence. Not going to happen. If the threat was serious, we're keeping the post in moderation and should anything happen to the individual you made vague threats about and you're responsible we'll make sure that anything we can do to find you, prosecute you, and convict you will be done.

Aryan Nations in Saskatchewan? Not so fast.

At one time the Aryan Nations had a more high profile presence in Canada. The Canadian branch of the Idaho-based hate group was led by Terry Long. After staging a rally in Provost, Alberta (AryanFest) in 1990, the movement in Canada fell apart due to some high profile criminal incidents. In Saskatchewan, the Klan member and who was leader of the province's Aryan Guard group was named Carney Nerland. Nerland was arrested and convicted in the death of Leo LaChance, a Native trapper who was shot by Nerland in January 1991. That same year Long was implicated in an attack against Keith Rutherford by skinheads that left Rutherford blind in one eye.

After leaving prison Nerland disappeared and hasn't been heard of in the media. Long moved from Alberta to BC, was divorced by his wife, and except for his relationship with Todd Conroy, former leader of Volksfront Canada, has also remained silent since the mid 1990s. There were some half-hearted efforts to start up the Aryan Nations in Central Canada in 2003 (Andrew Talbot and Joe Subic were the only two active members at the time) but all have appeared to have been for naught.

Then, we came across this:

So, what's the story?

Jody Issel of Regina, Saskatchewan looks as if he's trying to restart the Aryan Nation's in Saskatchewan based upon the poorly constructed website he set up. Unfortunately, he's run into a few problems. First, there doesn't look like there's more than a handful of people associated with his little gang. That's minor compared to the other issue. It seems that none of the groups in the United States who claim to be the true Aryan Nations (as the hate group splintered after losing it's Idaho compound in a law suit and the death of Richard Butler) know who this group is.

Not that we care, but if you're going to claim to be an official branch of the Aryan Nations, shouldn't you let the head office know about you? There are reports that the various factions in the United States aren't pleased that their name is being used without their permission. Also, we're interested to know how long this hate site will be hosted by GeoCities which has a policy of not allowing hate sites to use their system.

We wrote a brief note a few months ago regarding the re-emergence of the Klan in Saskatchewan. A Canadian branch of the American based BOK, Brotherhood of Klans, was established in the province and made itself known to the public in August 2007. It is lead by Christian (Chris) Waters, formerly of Ontario.

Though their efforts to organize a Klan rally didn't seem to get off the ground (unless they count the laying of wreaths at the war memorial in Victoria Park, thus dishonouring the men who died fighting the extremism espoused by the likes of the Klan), on March 21, 2008, some members of the BOK traveled to Calgary to take part in the rally organized by the Aryan Guard. As a result, we now have been able to identify one more Klan member by name, as well as a person currently unknown.

The Aryan Guard has, on their website, a list of what they claim to be their "activist values" as well as a mission statement. We thought we would take some time to look at what they claim to value and how exactly they act out those values. 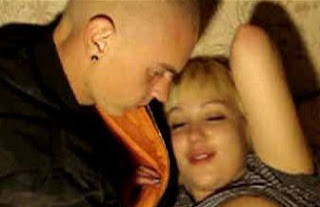 Mission Statement One: We are family orientated folk with strong family values…

When we think family values, we generally don't think that cheating on a pregnant teenage girlfriend with a married woman and taking pictures of the encounter to really constitute said family values. Then, after being called on it, trying to justify the encounter by saying you thought you and the girlfriend had broken up but were wrong and besides it's done and people shouldn't make a big deal out of it. The fact that Aryan Guard members rallied around their leader may prove his gang to be more cultish than anything, but then we might be old fashioned.

A Brief Open Letter To Connie Fournier of Free Dominion

Looks like we've come to the attention of Connie Fournier and the folks at Free Dominion due to our endorsement of Big City Liberal's blog and its analysis of the arguments made in the Lemire case.

For those of you who are unfamiliar with the ARA, here is an excerpt from an article I wrote about them a few months ago. Maybe we should offer $100 for a picture of the M.J. Murphy shaking their hands!


...and from a poster on Free Dominion referring to him or herself as "Red":

Those who follow the activities of the far right in Canada are well aware of the situation involving Marc Lemire. He's the former head of the Heritage Front (the leadership he assumed after Wolfgang Droege stepped down and which Lemire promptly ran into the ground) who is challenging the validity of Canadian hate crime laws. Owing to their recent brushes with the Canadian Human Rights Tribunal, Levant and Steyn have been highlighting Lemire's court challenge and have been going after Commission members and Richard Warman, the human rights lawyer who initiated a case against Lemire and who has been successful in every case that he has brought before the Tribunal.

Well, we haven't been talking too much about it here on this site, mainly because our attention has been more on street-level thuggery of groups such as the Aryan Guard in Calgary. That being said for those who are interested in the Lemire case, or in the hypocritical response of Ezra Levant, we invite the reader to visit the following blog:


This blog is the most comprehensive source of information when it comes to the Lemire court challenge, as well as the involvement of Levant, Steyn, Free Dominion, and other parties. Truth is the information so completely demolishes the arguments of Lemire and his cohorts that rather than reproduce the information here, it's better to simply get the news from the source.