Our readers have likely noticed that our output has been rather limited of late. In part that's due to not having as much to cover here as we rework some of our intel gathering strategies.

The other reason is we just haven't felt like writing all that much. And a lot of what has been published has been really labored (to those who have made mention that we have been phoning it in, it's not as if you're telling us something we weren't already well aware of ourselves).

Hey, everyone goes through lulls.

Regardless of our current state of ennui, we thought that it would be appropriate before 2014 ends to include one more article in our long running series on a very special group of boneheads.

More on Dan Hall another time, but he does bring up a pertinent question. What IS up with Brodie Walsh?

Thankfully, the victim Ernest Côté is still tough as nails and was able to free himself from his bonds once the suspect had left; Mr. Côté was otherwise unharmed physically. Not surprisingly though, the folks on Stormfront jumped to what they thought to be an obvious conclusion:

Yep, has to be a person of color.

Except that it wasn't. 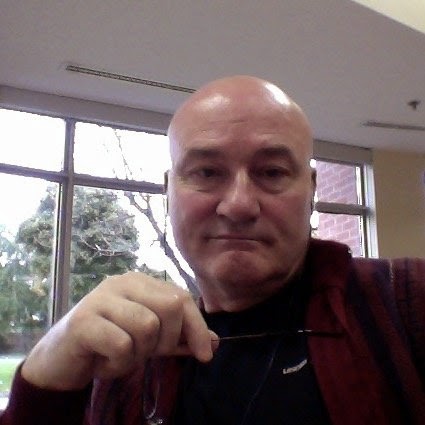 Meet Ian Bush, currently in custody and suspected of the home invasion and attempted murder of Ernest Côté. It should be noted that Bush is currently accused but has not been convicted, thus any time we will refer to him in relation to the crime that took place we will be certain to use the word "alleged" liberally.

Ian Bush is the president of Bush and Associates Consulting, though given how shitty the company's website is (and considering how shitty ours looks, we kind of think we write from a position of some authority on this matter) we aren't sure we would be very confident in Mr. Bush and co. Then again, the company is registered through on a federal government website, so there is that. We guess.

We spent some time reading through his tweets of the last month, and found some that are rather ironic considering Mr. Bush's alleged conduct: 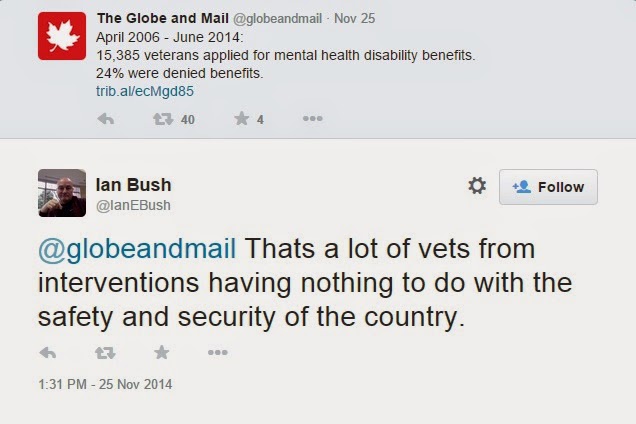 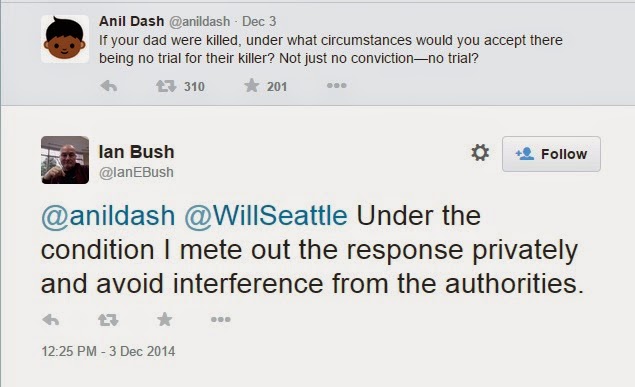 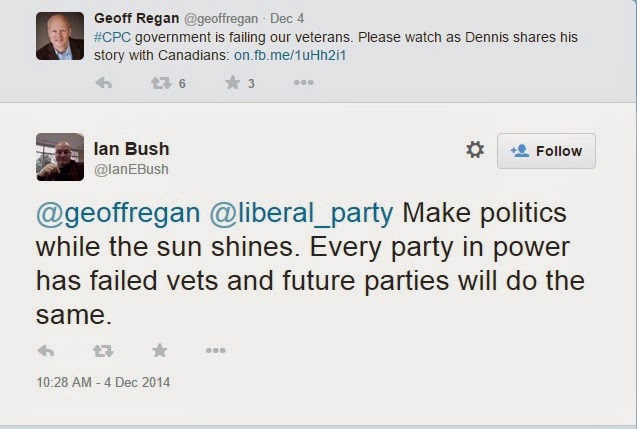 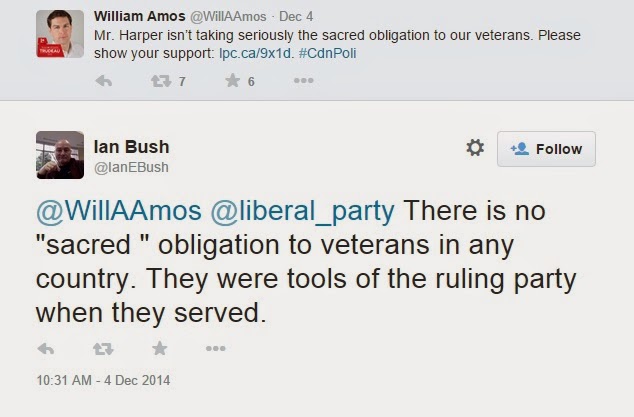 We didn't go through every single tweet, but we did look at a month's worth of messages. If the boneheads had hoped that Mr. Bush was a leftist commie hippy, we think these messages might put a bit of a damper on that hope:

Sometimes when we're bored we like to write about the people who have amused us for some reason or other. Over the years we've published articles on the blog we've had one individual who, as a frequent reader, has often tried to rhetorically cross swords with us: 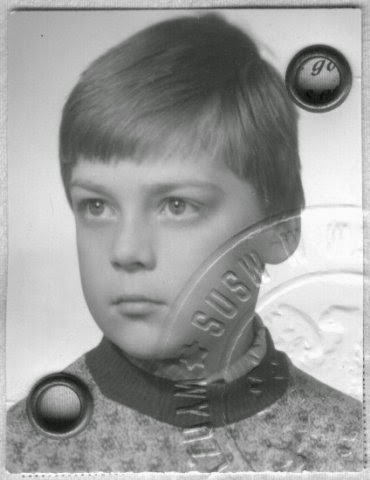 This wide-eyed waif is a young Tomasz Winnicki pictured at a time when he was innocent, hopeful, and had a full head of hair. Eventually Tommy would turn into this: 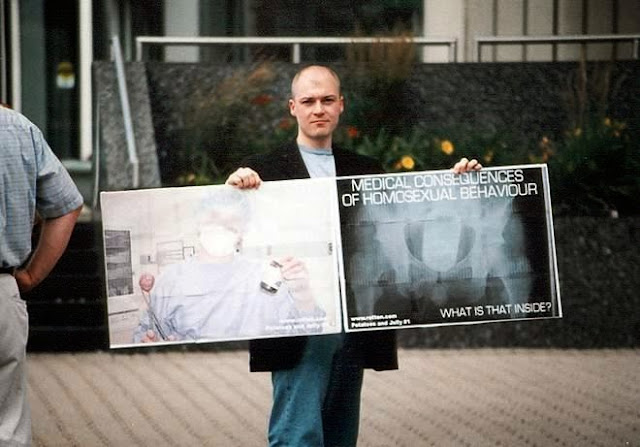 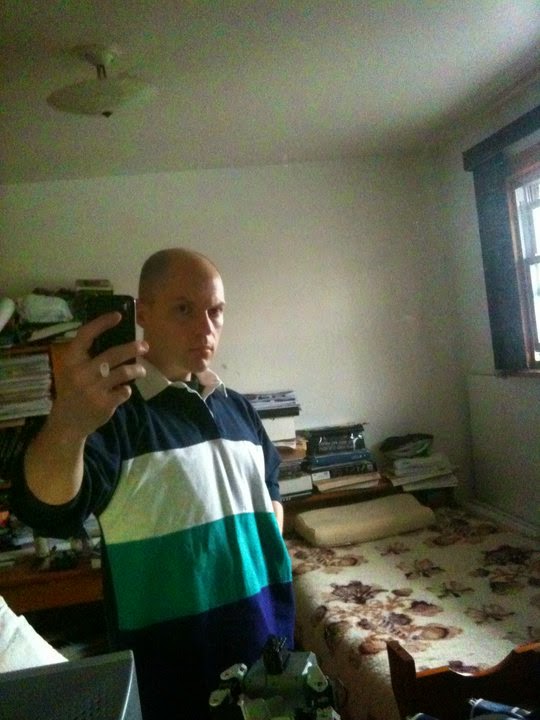 The years have not been very kind to Tom. Like the boy he was in the first photograph, this nearly 40 year old man-child also still live with his mother and still has difficulty cleaning his bedroom.

Does the term "arrested development" have any meaning, Tommy?

Our long time readers are by this point aware of Tommy and his unjustifiably inflated ego. In short, Winnicki believes himself to be a particularly brilliant chap and that that his ideological foes cower in the face of an obvious intellectual giant. Tommy certainly isn't shy about sharing with others how clever he believes he is:

The above post is based on Winnicki's perception of a discussion found here on the "London Free Press." In the echo chamber that is VNN, there are those who will likely believe that he is "schooling" the folks he describes as anti-racists. Then again, he also thought this was a legitimate argument concerning the recent national elections in Sweden:

We often like to poke Winnicki because.... well.... it's lots of fun. We also know that challenging his intelligence will result in a temper tantrum and Tommy did not fail to disappoint us:

Paul Fromm and the Morality of the Movement

October was a big month for Paul Fromm. He was running for mayor of Mississauga in an election which, if it can be believed, he actually did worse than in his previous effort. Earlier in the month he was in Budapest to attend and speak at a conference organized by the racist National Policy Institute, though that event didn't exactly go off without a hitch.


And just after the election at the end of the month, Paulie was once again an honored guest and speaker at Thomas Robb's Knights of the Ku Klux Klan annual European American Heritage Festival, organized both by Robb and his daughter Rachel Pendergraft, which purports to be a family friendly affair: 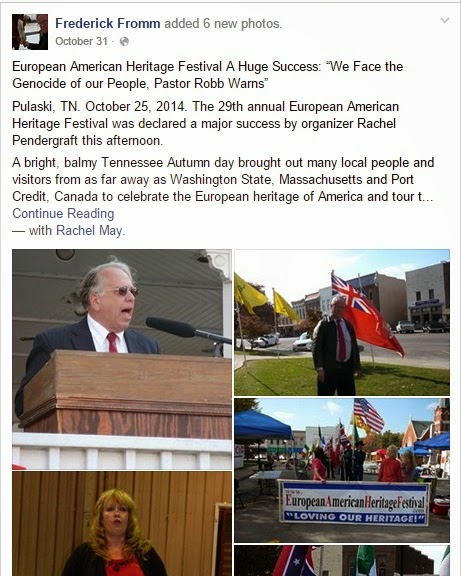 Oh, and then there was this (NSFW).

Now when we alluded to this apparent leak of photographs, one of the individuals who commented on the article made the following statement:

IMO this isn't relevant to ARC's mission. Paul Fromm is a fucking Nazi. His marital problems I could care less about.

We would be hard pressed to disagree with that statement, which is why we didn't post the images on the blog here and why we really haven't referred to them since. However, over the last couple of months we decided that they do have relevance.