Multiple cities across Canada (and the world) have seen a rise in anti-lockdown protests intended to counter current lockdown procedures put in place to inhibit the spread of COVID-19. The rallies in Toronto have been some of the largest in Canada, with a few hundred people attending.

The Toronto rallies (like other rallies in Canada and elsewhere) have included members of the far-right, hate groups, and neo-Nazis. Confirmed in attendance at Toronto rallies:

In the last few days, we identified a previously unknown attending the rally with Paul Fromm as neo-Nazi Tomas Liko, who was interviewed by The Rebel's David Menzies. 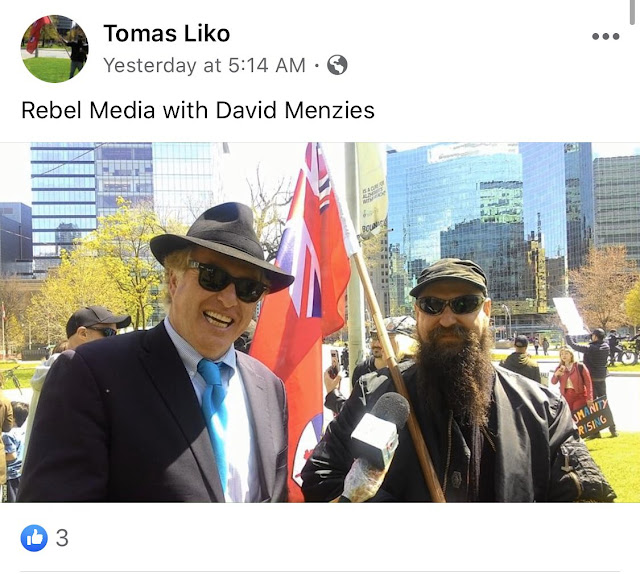 Far-right vlogger Derek Storie, who was present at the 2019 attack on Hamilton Pride: 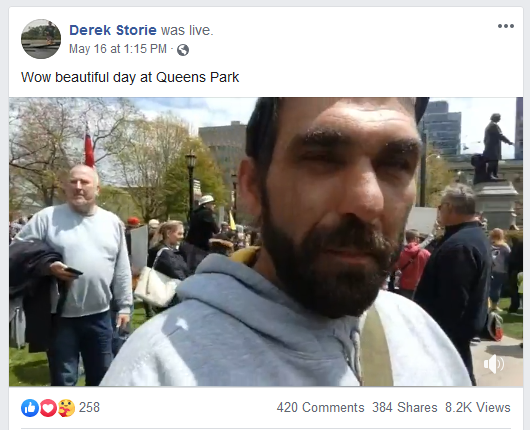 Canadian Nationalist Party supporter and frequent agitator Lily, who has uploaded videos claiming to be upset more Chinese have not been killed by the virus: 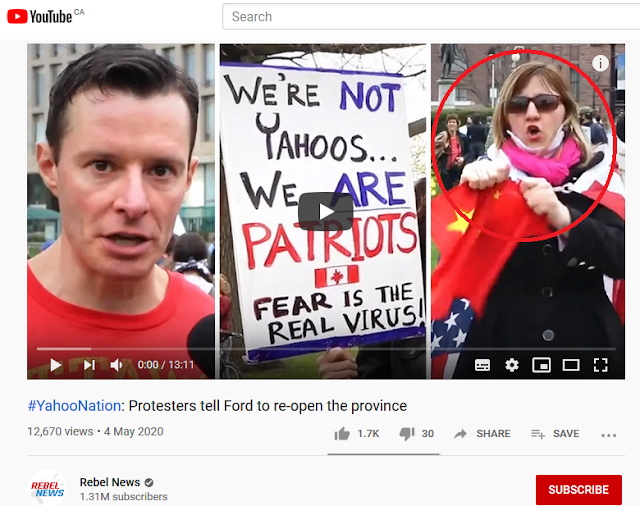 And Jack Reynolds, who regularly attends Pegida rallies, just to name a few. 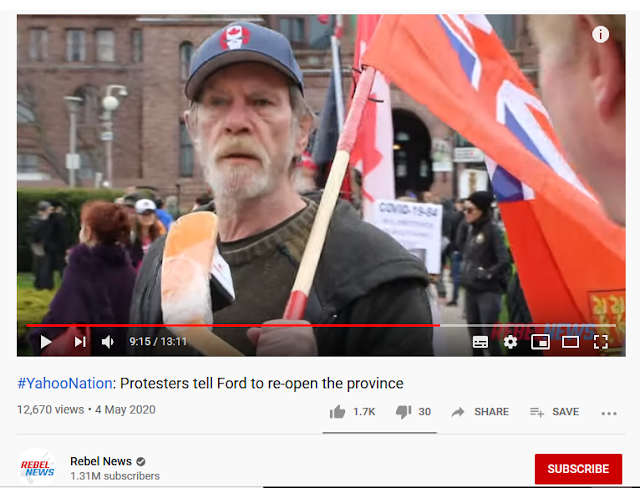 One person involved with the Toronto rallies who has been a vocal supporter and has given speeches during the events has caught our attention. Going under the name 'Chris Sky' on Facebook, he was displayed with a megaphone in the lead photo on a BlogTO article and was featured in the thumbnail for videos by The Rebel. He was also interviewed by Ed the Sock where he claimed that there is no COVID-19 curve to flatten. 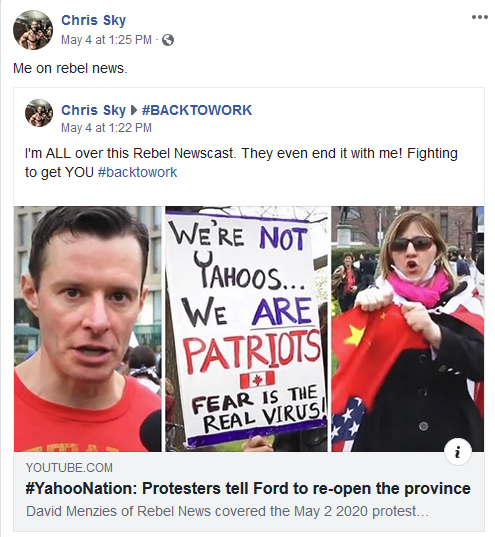 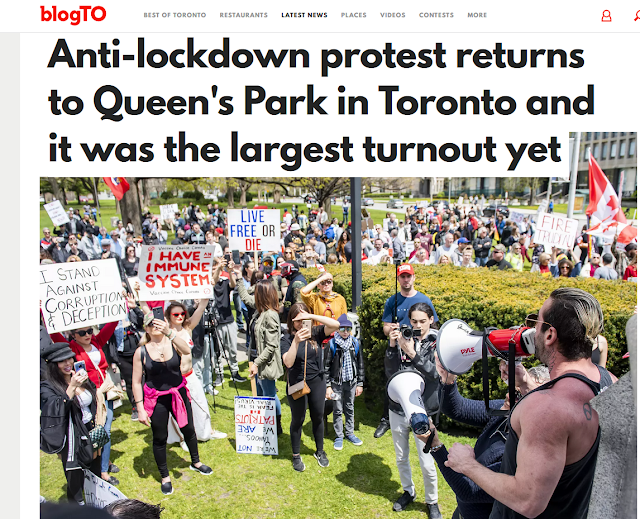 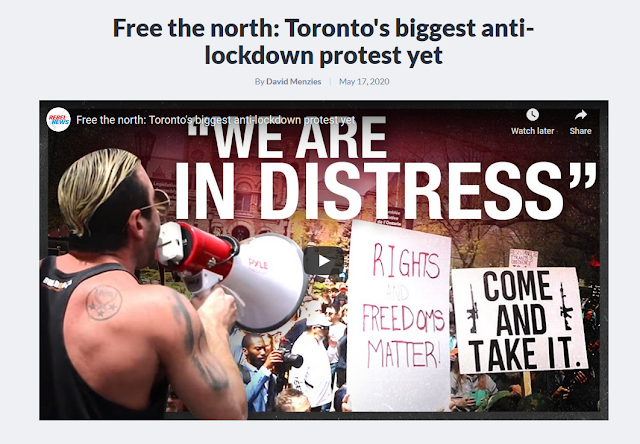 We mentioned Chris in a recent tweet after the Ed the Sock video came out, but we didn't go much further than a giving his Facebook activity a quick glance.

As stated in the initial tweet, 'Chris Sky' is a member of multiple far-right Facebook groups, and has promoted the racist National Citizens Alliance. 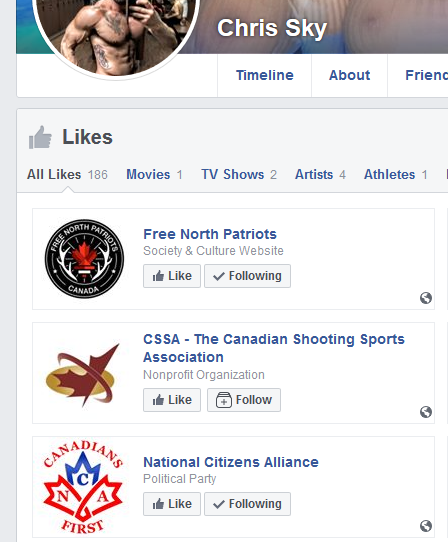 Upon further investigation we found out that 'Chris Sky' is actually Chris Saccoccia, and his far-right activities go a little further than just being a member of certain Facebook groups. Chris is also the vice president for a prominent Toronto real estate developer, SkyHomes. 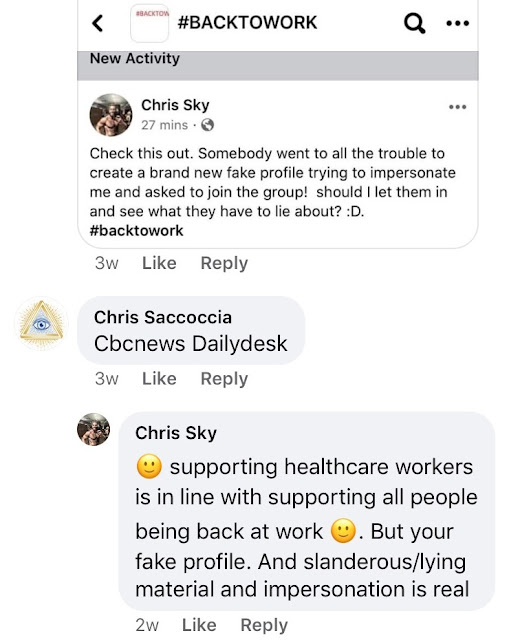 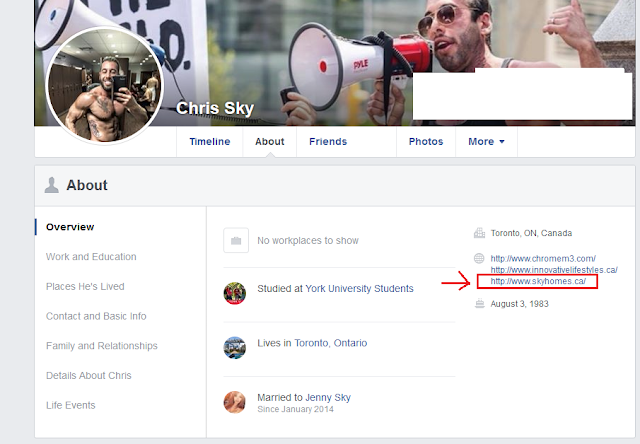 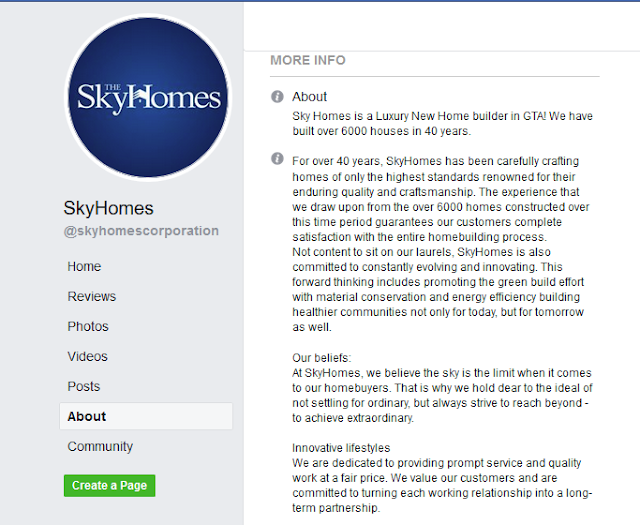 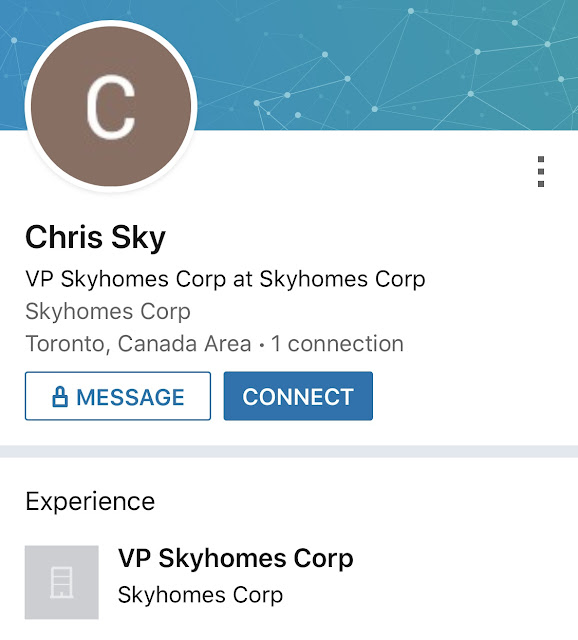 Chris isn't the only Saccocia at SkyHomes. Art Saccoccia, a well-respected and prominent business owner who shares Chris' last name, heads the company.The relationship between the two is not clear. 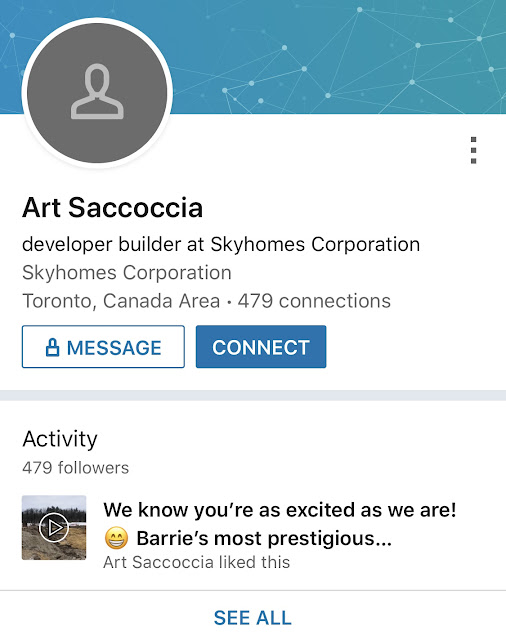 We've found him making bigoted posts in far-right Facebook groups as well as on his own wall. 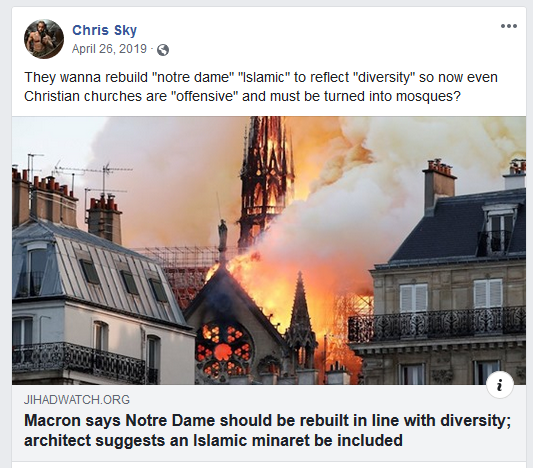 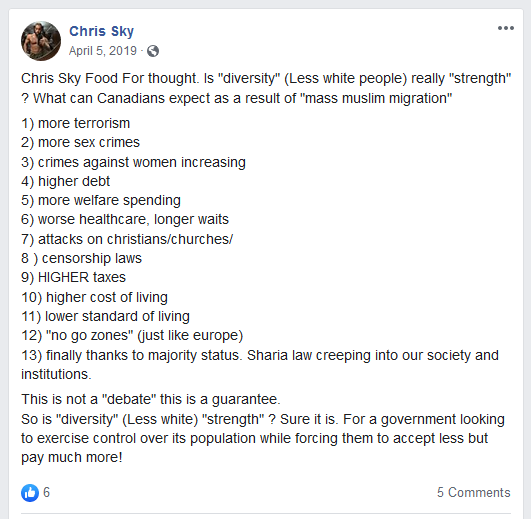 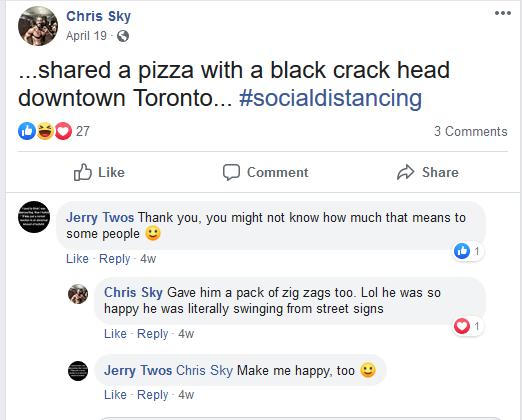 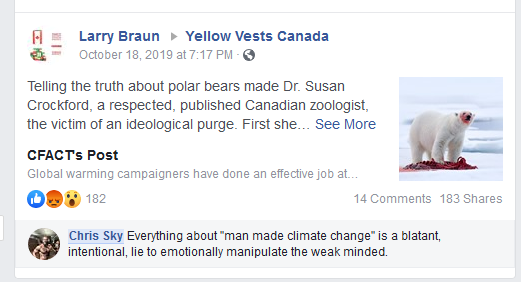 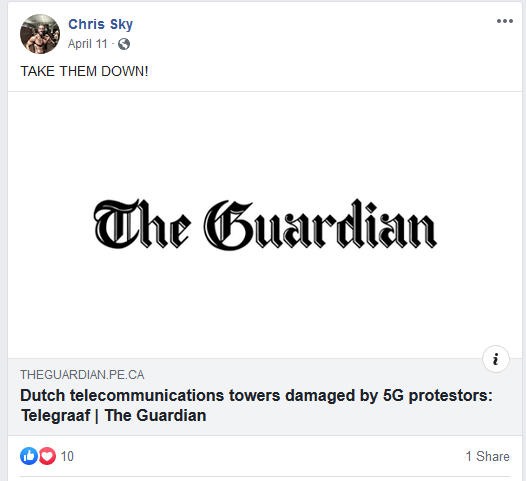 On top of all the misleading and bigoted things he is sharing, according to him his job is an essential service and his business never shut down. 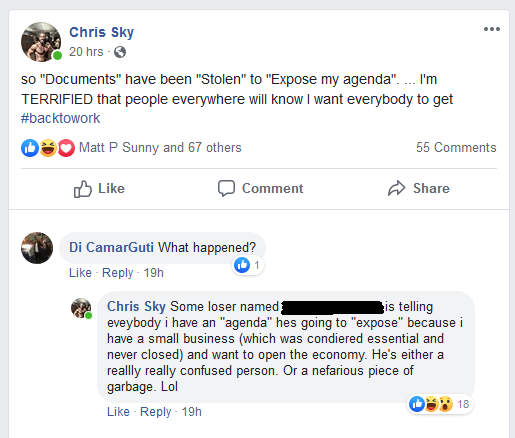 Saccoccia's wife, Jenny, is also sharing Covid-19 conspiracies across Telegram to her 73,000 followers, and using her platform to promote her husband's political activities. Interestingly, Jenny Saccoccia's Instagram account was apolitical until the pandemic, and used largely to promote her modeling. 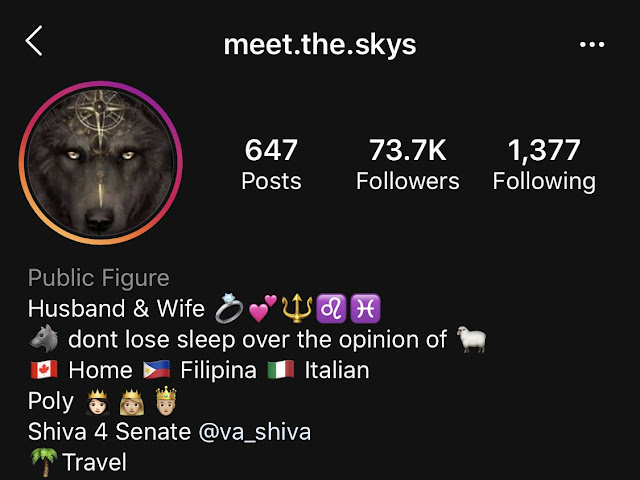 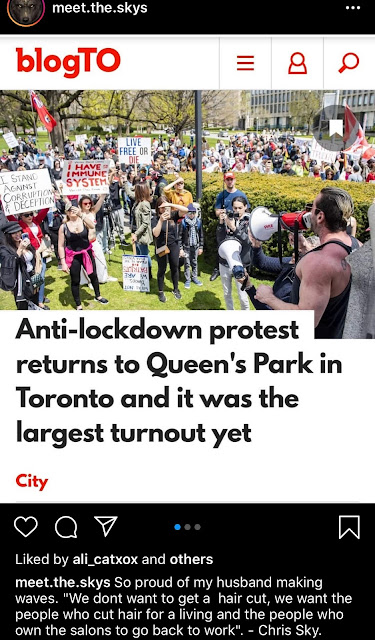 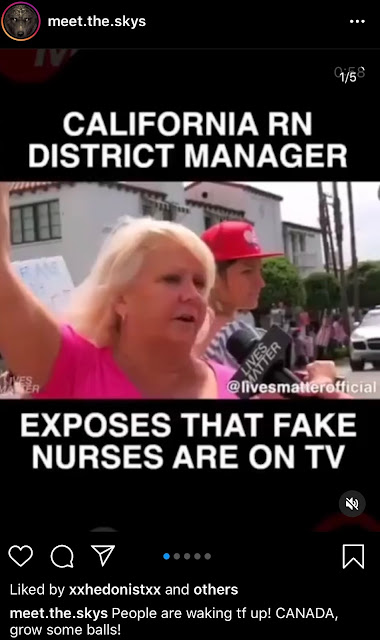 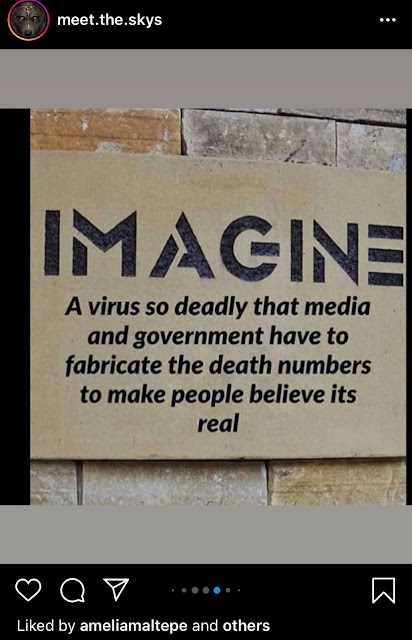 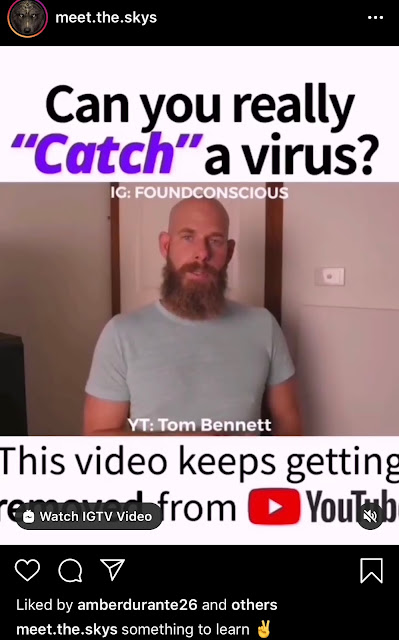 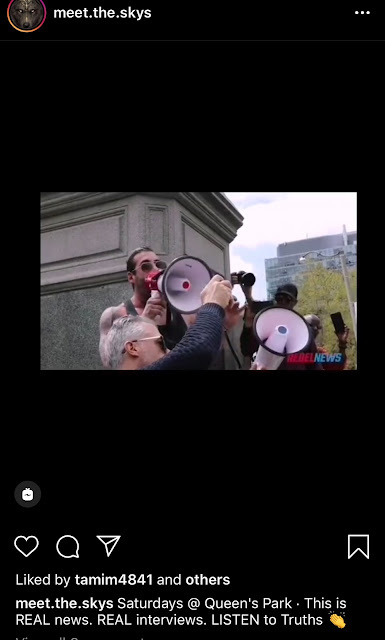 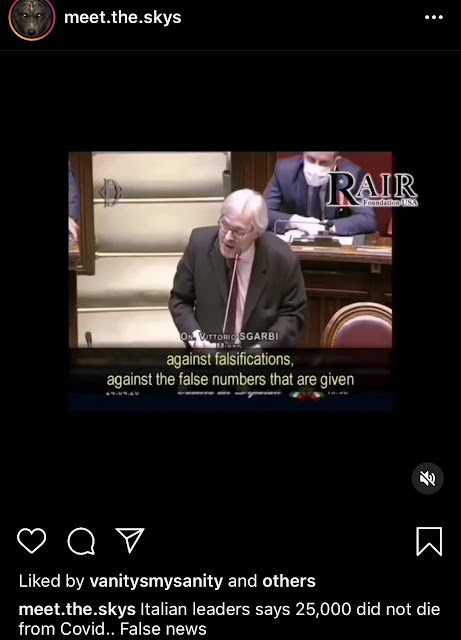 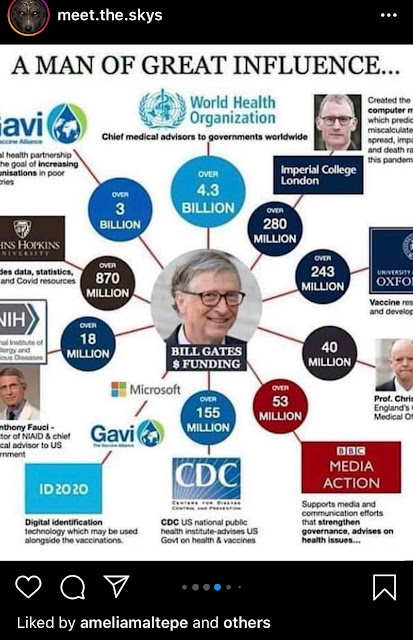 Like so many involved with the far-right Chris and Jenny Saccoccia appear to be an opportunists looking for attention and seeking power. It's unclear what kind of influence they have on the overall anti-lockdown movement in Toronto, however their reach and presumably affluent social circles, Chris Saccoccia's racism, along with spreading dangerous conspiracy theories, are concerning.

We along with other researchers will continue to monitor the 'anti-lockdown' rallies for more far-right and fascist involvement.

Update:
Chris Saccoccia appears to be joining the right-wing grift game. According to him he wants to pursue a class action lawsuit against the government for the lockdown. 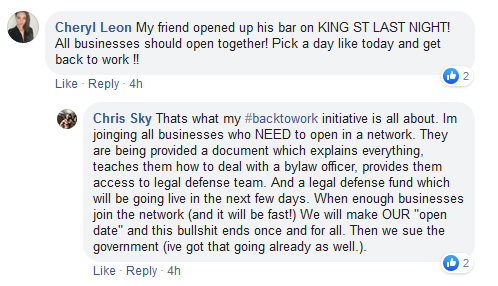