We haven't really done a bits and bites article in some time but we thought we would do so now. Please forgive our omissions in this purposely irreverent look back at the month of bigots behaving badly, often towards each other. 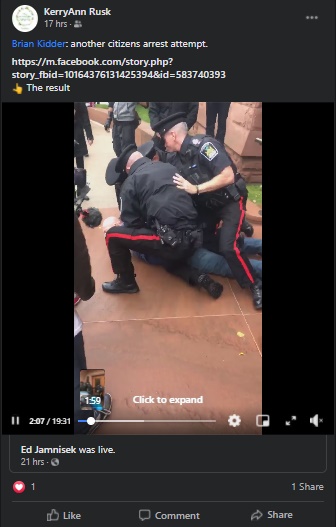 In the last article we discussed the antics of Brian Kidder who, since it was published, has continued on in his campaign to arrest a politician. He is not surprisingly being egged on by some of the bad actors who have profiled consistently on this blog:

Brian Kidder Arrested (Again). Also Chris Vanderweide Gets Involved Because Of Course He Does

By this point readers of this blog and other activists who monitor the far-right, or even people who regularly follow the regular news, will be familiar with the antics of Brian Kidder even is the name isn't immediately familiar. He is a figure associated with the Canadian Revolution protesters who were only just this month removed from the grounds near the War Memorial in Ottawa having been camping since July 1 and demanding the resignation, arrest, or both of Justin Trudeau and Liberal MPs. Kidder, a QAnon supporter, may have first come to readers' attention when he attempted to "citizen arrest" an journalist who he erroneously believed was a Bloc Quebecois MP. He later made the news when he and his enablers were harassing NDP leader Jagmeet Singh stating next time he saw Mr. Singh that "we're going to dance":
Given Mr. Sigh's background in martial arts, I'm not sure the encounter would go the way Kidder thinks it will.
In fact this isn't a new phenomenon as Kidder has been attempting to place politicians under citizen's arrest for years going back to at least 2014:

Man angry re: #WSIB claim threatens to put @Kathleen_Wynne under citizen's arrest and is escorted out of QP. #onpoli pic.twitter.com/NAYAw4SK42

The difference now is that Kidder has a fan base of far-right extremists who are encouraging him.
Kidder's most recent target is Doug Ford (yes, THAT Doug Ford). Once praised by far-right extremists, Ford is now reviled by many of these same people because he has been taking the COVID-19 pandemic much more seriously than they would like given that they believe the pandemic is a Luciferian conspiracy planned by George Soros and Bill Gates and implemented by Justin Trudeau to impose communism, take away their freedom (do die gasping for breath alone in a hospital I guess?), and thwart their Messiah Donald Trump from saving the world from the cabal of demonically-processed pedophiles who they think rule the world.
They also really take umbrage at being referred to as "yahoos" which we personally feel might be underselling it a bit.
In any case earlier this week Kidder attempted to enter the Ontario Legislature to, you guess it, arrest Doug Ford. It went about as you might expect: 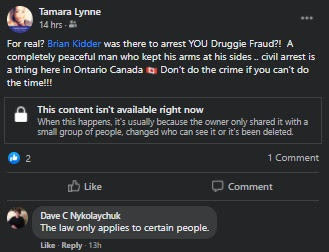 And the response of his enablers who called the police "pedophile protectors" and referred to the "beast system" in which the police would join with their side in the end was equally predictable:
Read more »
Posted by Yellow Vests Canada Exposed at 17:58 No comments: 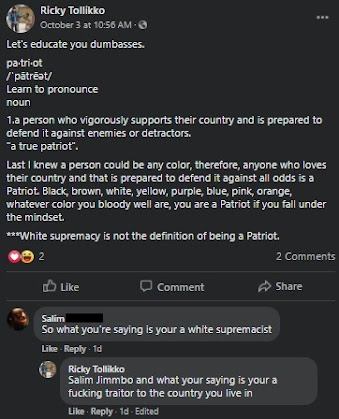 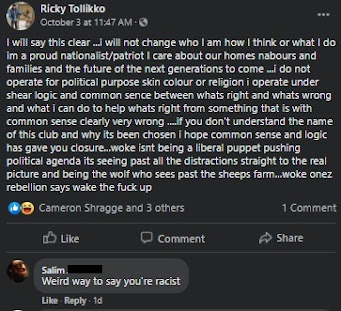 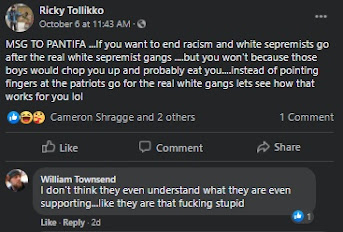 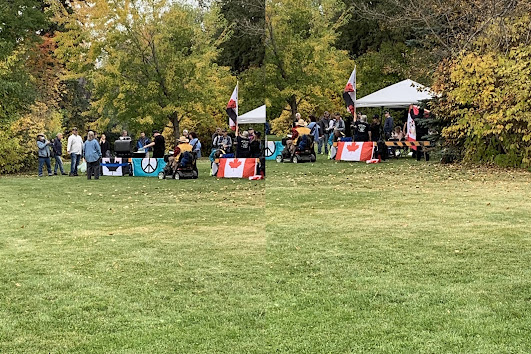 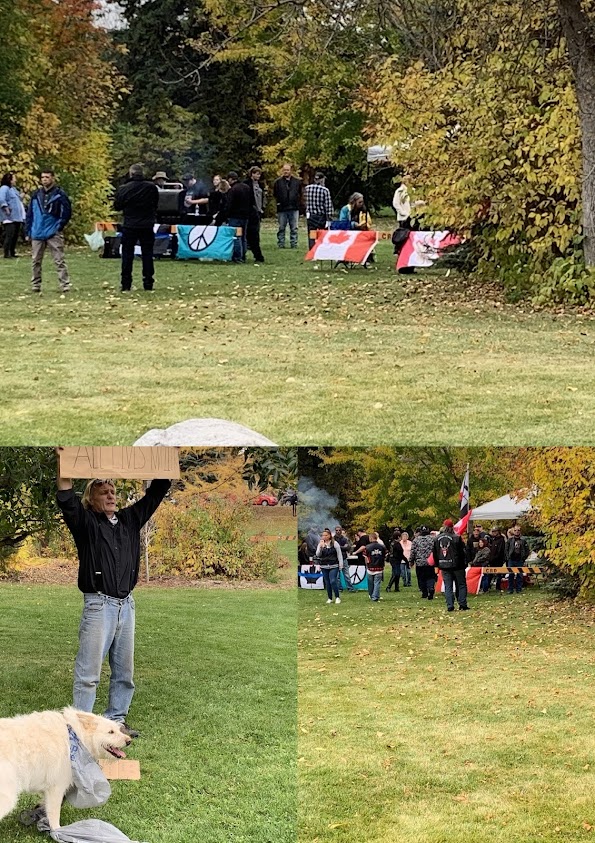