No, we're not going to discuss, "he who shall remain unnamed" even though the exchanges on Stormfront are hilarious. However, when we were reading through the comments, we did come across one that we felt we should share with our readers:

It looks like the boys from Moncton are less than pleased with Paulie's behavior as detailed on this blog, including but not limited to:
We could also add his strange obsession with Michelle Erstikaitis whom he refers to as a political prisoner, certain "allegations" of a very personal nature, statements by some members of the old guard concerning Paulie, and his active support of bonehead groups whom others in the Movement consider to be degenerate. We also have spoken to other boneheads who have developed a poor opinion of Paulie as a result of getting to know him

Then again, none of this is likely to bother Paulie. As long as those donations enable him to keep buying the red wine he enjoys, he'll be laughing all the way to the bank. 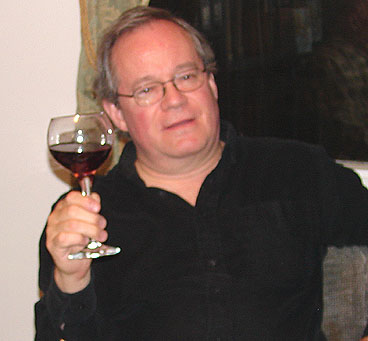 If he held one of my wine glasses like that, I'd take it from him.

Which presupposes that I'd invite him inside and serve him wine, which is a pretty ridiculous idea.

I'm surprised it took this long for today's boneheads to figure out this clown's ridiculousness! I remember in the early 90s when our Toronto intel would show photos or video of the meetings of the various Canadian far-right creatures, Fromm was the loser left sitting at the kids' table.

Even semi-literate buffoons like Max French and Ken Diarmott would would be higher up on the list of ranting speakers at most shindigs.

How this guy moved up the ranks to become one of the 'figureheads' of their decaying 'movement' really speaks volumes about how intellectually weak and pathetic their ideology really is.

Just think, after so much police infiltration (Bristow,),imprisonment(Burdi, Zundel,) outright crimminality (Droege,most 90s boneheads), and death (Droege again,plus many others,)this guy's still around? He's like a nazi cockroach! There till the end. Eating other's crumbs.

Or a cop. On their payroll.

Saw this coming YEARS ago.

You guys should be happy Fromm is a prominent figure in Canadian WN. His idiocy helps keep the movement from garnering any real respect or support.

im pretty sure the movement itself keeps it from garnering any real respect or support. why would intelligent decent people support a bunch of stupid racist criminals? we wouldnt. and we dont. its not fromms fault. its the fault of everyone who thinks being born white is something to be proud of and fight for. ive got some news for ya, its not. its a coincidence that you were born white, and it means absolutely nothing.