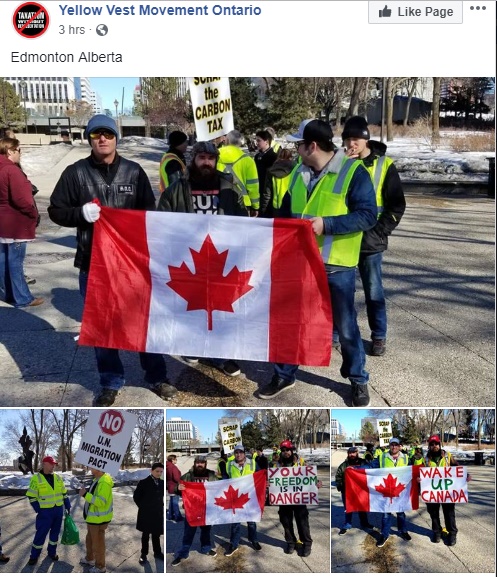 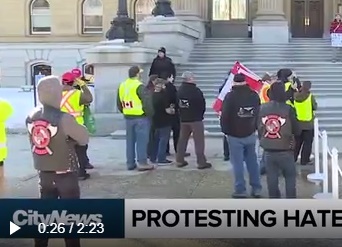 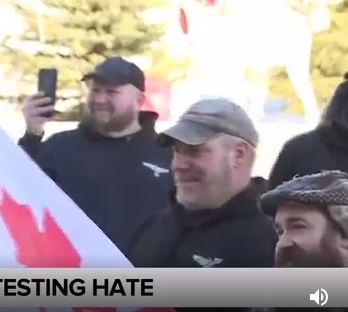 So.... thank you for proving the point I guess?

Another protest at the Alberta legislature today.
This week the counter-protesters had the podium (Yellow Vest movement comes weekly on Saturdays), using their time to call out what they call are "radical patriots" like members of the so-called "Clann" who participate. #YEG pic.twitter.com/qbFsycQMvE
— Carly Robinson (@CarlyDRobinson) March 16, 2019

Jeff Sharpe with the Yellow Vest movement in Edmonton says the counter-protesters are "dividing the community when we should be uniting the community to stand up for civil rights", says online hate comments come from "trolls". #yeg pic.twitter.com/Sda6sySOyZ
— Carly Robinson (@CarlyDRobinson) March 16, 2019

On the counter-protesters side, Dylan Michaels says they are fine with the pro-pipeline/job creation/political expression from the Yellow Vests, they just want them to disassociate and stop allowing members of groups and individuals who have made Islamaphobic comments. #yeg pic.twitter.com/WwcEsA6Yl5
— Carly Robinson (@CarlyDRobinson) March 16, 2019

As a bit of an aside, it is a bit galling to hear Jeff Sharpe claim that the there are no Yellow Vesters who are racists given his own history associating with groups such as the Worldwide Coalition against Islam and the Canadian Combat Coalition.

In any case, an interesting incident occurred during the protest.

One of the Clann members was arrested, evidently on outstanding warrants:

Ms. Robinson witnessed the arrest and included a photo in her Tweet:

Groups they are calling out are Solider/Wolves/Nouns of Odin, The Clann (who were present, one member taken by police for what I am told are unrelated outstanding warrants), Canadian Infidels. Says if YV denounced these groups, they would stop counter-protesting. #yeg pic.twitter.com/fuNgWDG0Tt
— Carly Robinson (@CarlyDRobinson) March 16, 2019

ARC readers will recognize the man being led away in handcuffs as the man in the following photograph alongside Clann leader Tyson Hunt attending a United Conservative Party event in October 2018: 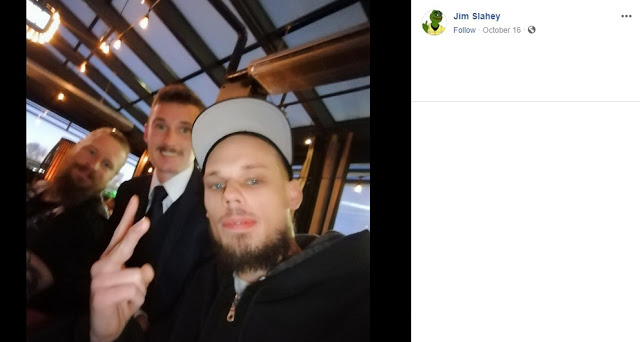 "Jim Slahey", real name apparently Mike Kirkland, was profiled in another article in December 2019 highlighting the antisemitic posts on his Facebook page including this one:

Kirkland also two other Facebook profiles under the name "Jim Kirk" containing some of the same white nationalist imagery and memes: 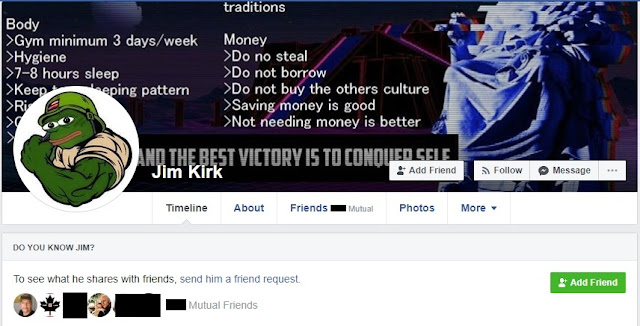 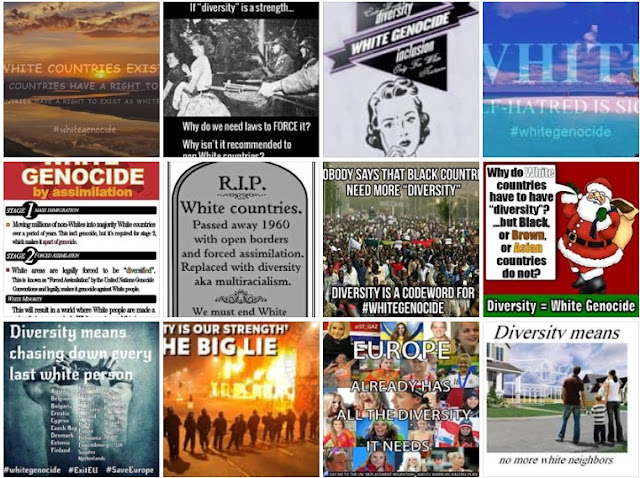 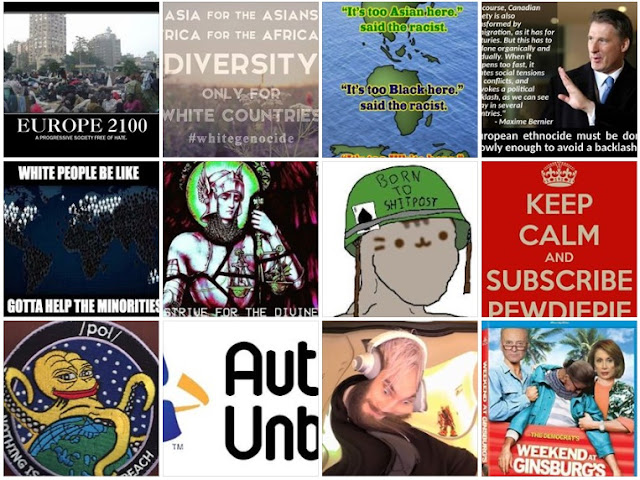 Among the images was this one which includes Kirkland referring to the Christchurch tragedy in which 50 Muslim worshipers were murdered: 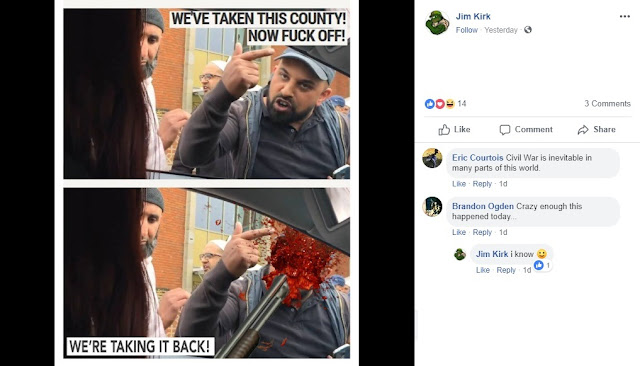 Honestly, their lack of humanity and any sort of decency doesn't even surprise me any longer.

Some of the Yellow Vest members, including Win Nay who has links to groups such as the Soldiers of Odin, Proud Boys, and Canadian Combat Coalition (I believe he is the Alberta leader of this last group) have grown tired of the Clann presence at their events seeing them as a liability. This exchange resulted in a bit of a tussle:

Is there any group that Ryan Dean is associated with that doesn't result in fighting with other groups and ultimately tearing itself apart by internal bickering? The experts say no.

On that note, Joey Deluca is coming out of hibernation and is planning another super massive mega jumbo rally-to-end-all-rallies (until it falls apart) in Edmonton on March 29: 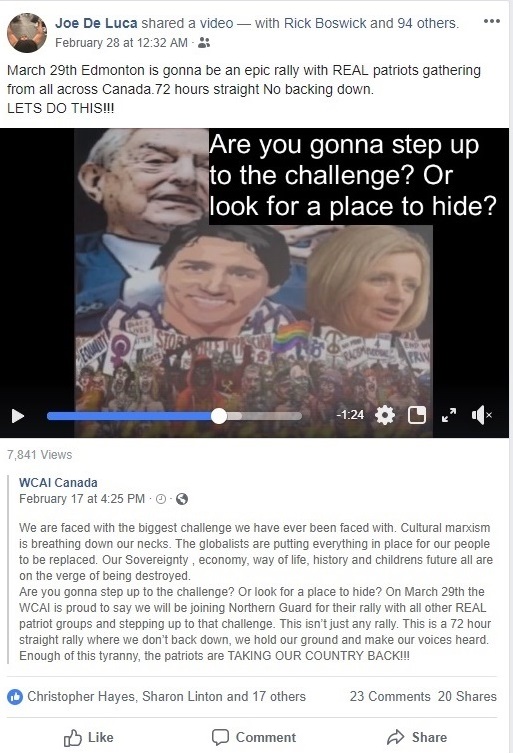 More on this in a future article. Suffice it to say for now that Dan Dubois of the Canadian Combat Coalition, a man with a bit of a history with Clann co-leader Ryan Dean (who founded the CCC but was dumped by Dubois and co.), plans on coming to Edmonton.

Note they he and Deluca, once an ally of Dean now enemy, plan on saying hi to Ryan when they arrive.... with their fists I guess:

Oh dear, ad Fat Joe so recently out of hospital. If I were Joey, I'd take a (double by-) pass on this one.