UPDATE: My internal calendar is messed up. March 21 was Thursday, not Wednesday. Thank you to ARC's new writer for picking up on the error:


I’m so glad ARC, and many others, have called out Goldy and her supporters for their obnoxious disruption last week. Just a quick correction that the event occurred on Thursday March 21 as part of a cross-country series of events for IDERD (International Day for the Elimination of Racial Discrimination). For those who want to know more about the organizations involved, who was scheduled to speak, and generally what was planned, here are two of the Facebook event pages:

This past Wednesday Thursday, a memorial was held for victims of the Christchurch mosque tragedy during an anti-racism rally that took place in Nathan Phillips Square in Toronto. Aside from hate groups like the Westboro Baptist Church, one would be hard pressed to find anyone crass and vulgar enough to disrupt such an event.

And if you believe this to be true, you don't know Faith Goldy very well: 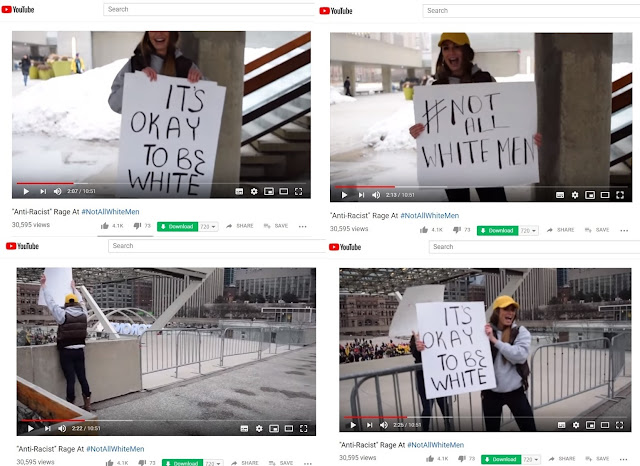 Faith Goldy and a small group of supporters showed up to harass attendees of the event. Not surprisingly, it led to a confrontation which is what Goldy was aiming for. However it might not have ended quite the way she had hoped it would.

Ron Banerjee, who increasingly looks as if he is violating the agreement he made with Mohamed Fakih of Paramount Fine Foods to prevent his financial ruin for engaging in defamation, breathlessly reported the event: 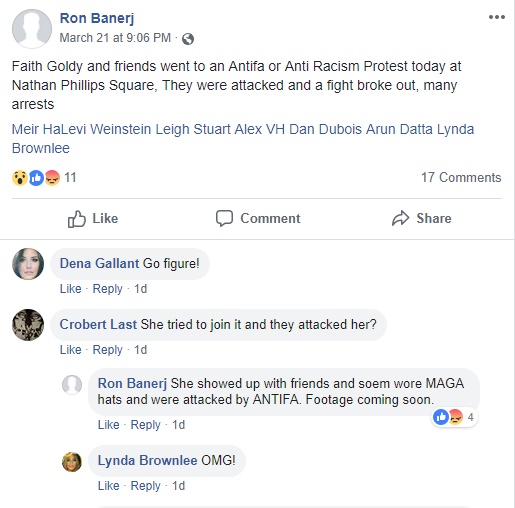 Goldy posted a video of the event later. I've taken the liberty to edit it and add some commentary:

The "It's Okay to Be White" slogan isn't the innocuous and innocent statement that Goldy claims it to be. As ARC readers are aware, it is a long running campaign to make white nationalist socially acceptable: 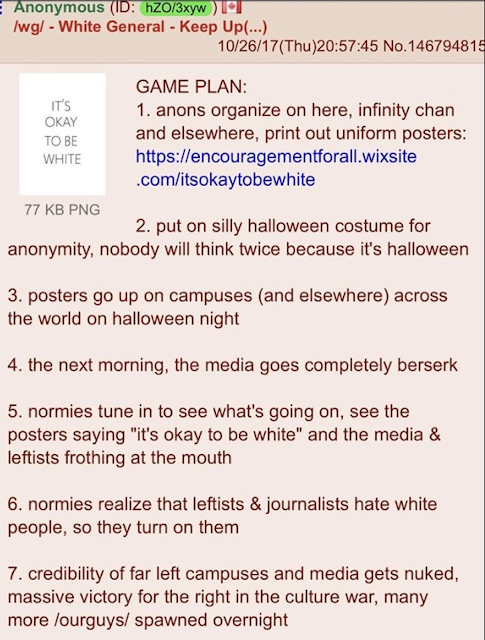 Goldy knows this to be true. She also knows that her supporters clearly hear her dog whistles as evidenced by these comments left on the video she posted on YouTube: 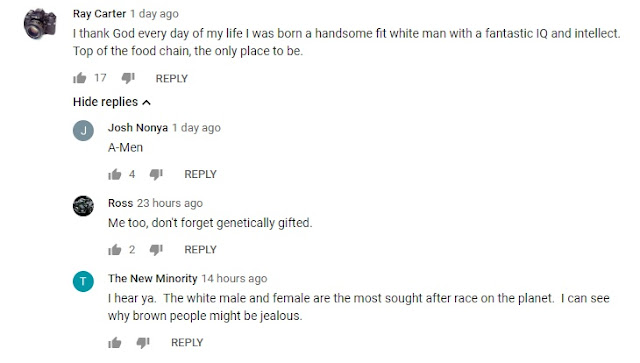 More concerning are those who Goldy, through efforts such as these, helps to radicalize as evidenced by the other comments left by those who watched the video: 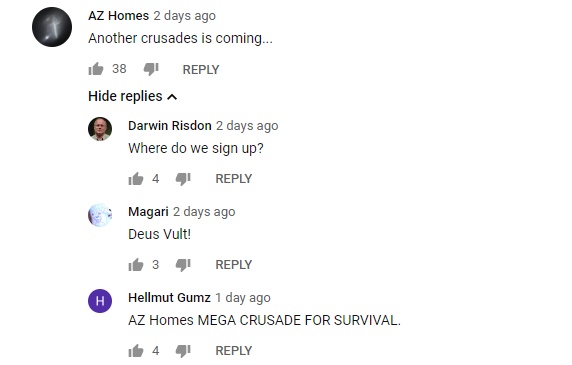 Despite claiming to be sympathetic to the victims of the Christchurch attacks, Goldy has contributed to further radicalizing her base of supporters. Those individuals include this fella: 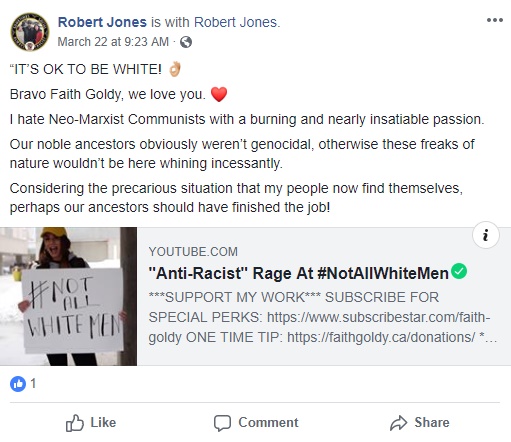 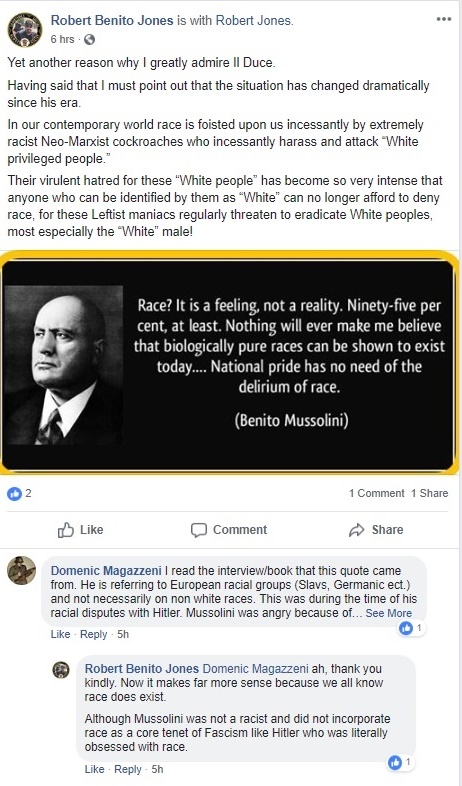 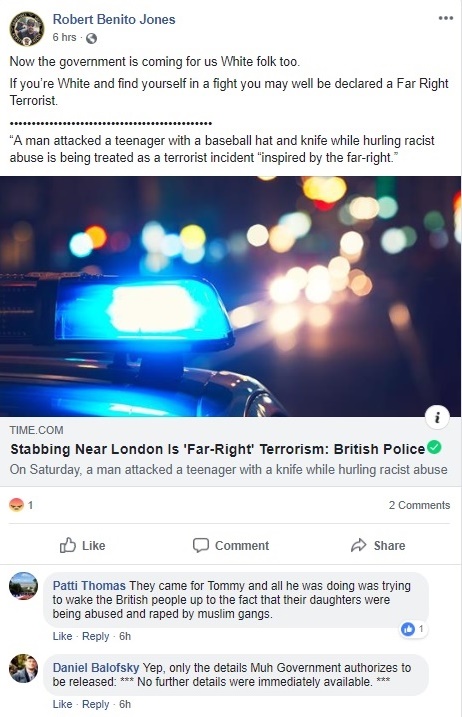 Aside from his advanced age, Robert Jones of the Northern Guard (formerly of the Soldiers of Odin and then the Proudboys before being kicked out of both) is sort of a textbook example of an individual radicalized online, though I suspect he had prior far-right views. While he claimed to initially condemn the Christchurch killings, he very soon posted messages justifying the murders. This has not only continued but has escalated as Jones suggests the murderer may one day be regarded as a hero and advocates for similar terrorist attacks: 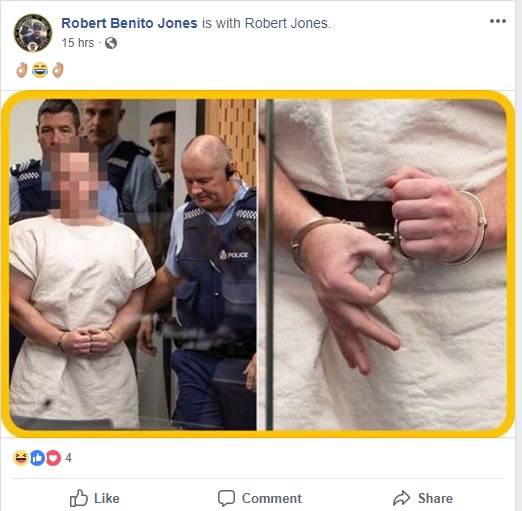 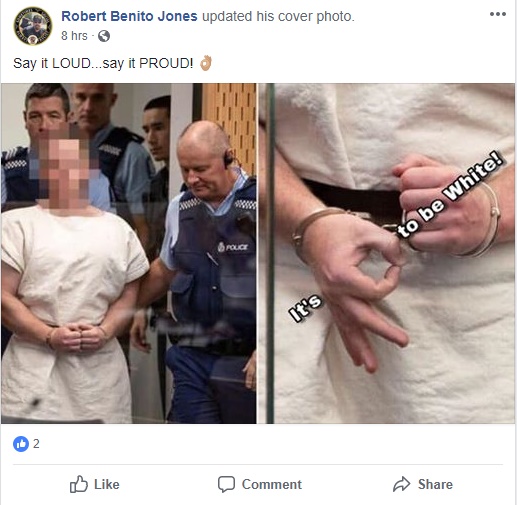 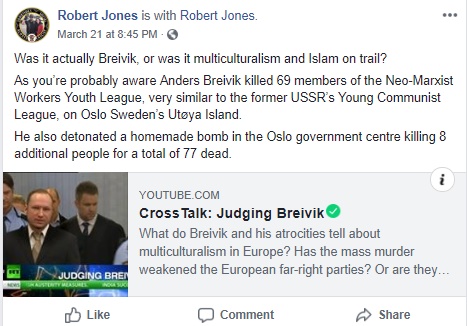 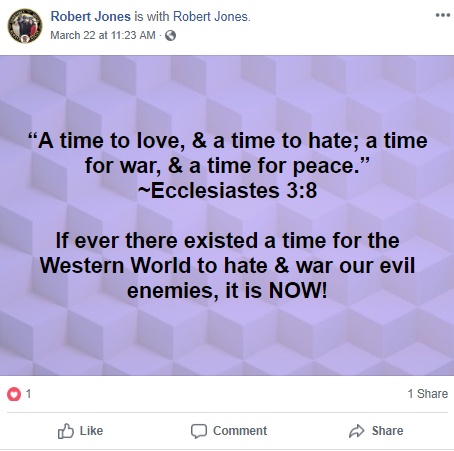 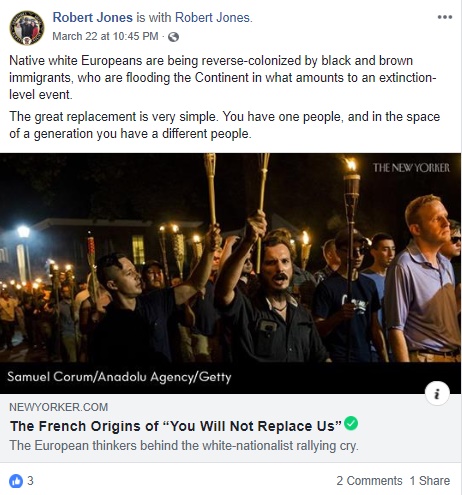 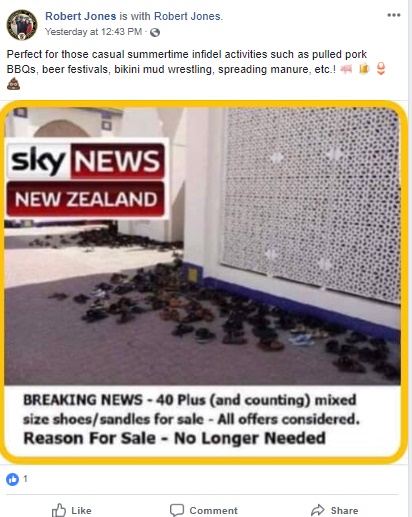 It is people like Robert Jones who are influenced by Goldy's, and people like her, rhetoric. The individual accused in the Christchurch murders was influenced by identitarian rhetoric (i.e. "the Great Replacement" etc) that the likes of Generation Identity, ID Canada, Goldy, and Lauren Southern promulgate. While Jones might not be the one to act out as a result of his radicalization, I fear it is a matter of time before we see another tragedy closer to home.

I mean, it has already happened here. It could very well happen again.
Posted by Nosferatu200 at 15:39