Any time I write an article in which Students For Western Civilization is the focus or even mentioned obliquely their members and/or supporters are quick to suggest that they have been horribly maligned: 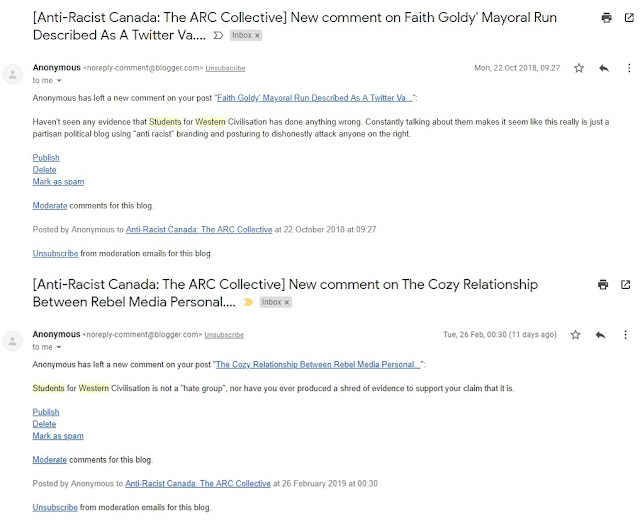 The problem with this is that while they don't want to be called racists, they have no problem associating with overt racists:

Last year the good people at Unicorn Riot released leaked Discord chats which featured some prominent Canadian extremists. First and foremost among these individuals was Gabriel Sohier Chaput posting as "Zeiger". Until he was identified, Gabriel Sohier Chaput was a significant figure on the far-right as a propagandist for the neo-Nazi website "The Daily Stormer" (DS). In that role he was second only to Andrew Anglin who founded the website. He has since gone into hiding and there is currently a warrant for his arrest. In the above discussion with use "Albo-HAMMERBRO" Sohier Chaput discusses the friendly relationship with Students For Western Civilization.

In another discussion, Sohier Chaput and Athan Zafirov (posting as "Date") discuss working with Students For Western Civilization. Zafirov was another key figure on the far-right based in Montreal who headed Alt-Right Montreal which was the Generation Identity Canada/ID Canada affiliate in the city. He was also active in organizing a Canadian presence in Charlottesville: 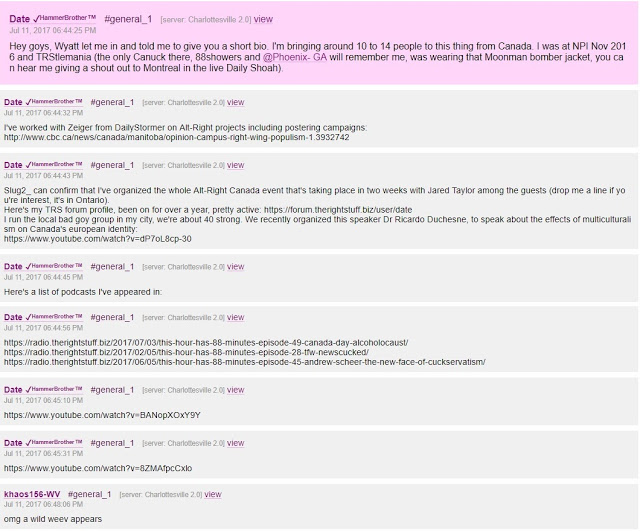 In his September 15, 2016 discussion with Sohier Chaput, Zafirov asks if he has been, "in touch with [their] man" in Toronto:

And of course one can't talk about the SFWC without mentioning their links to Faith Goldy: 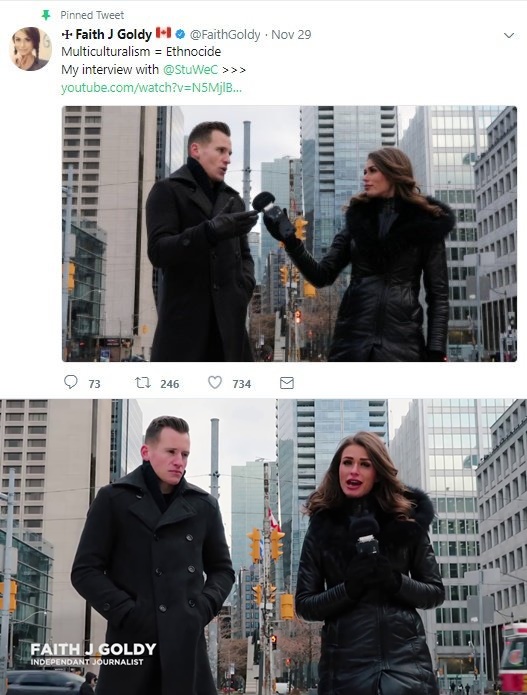 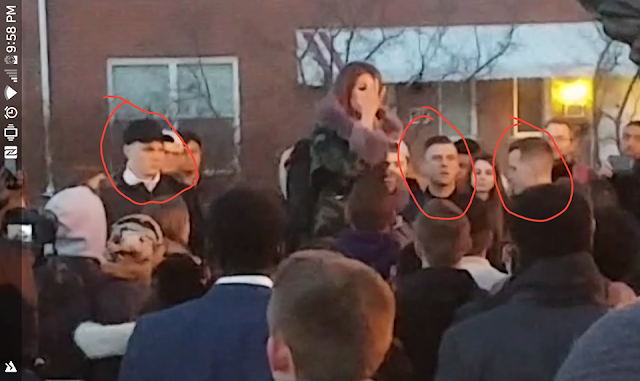 Now, once again thanks to Unicorn Riot, there is yet another association that ARC would like to make readers aware of: 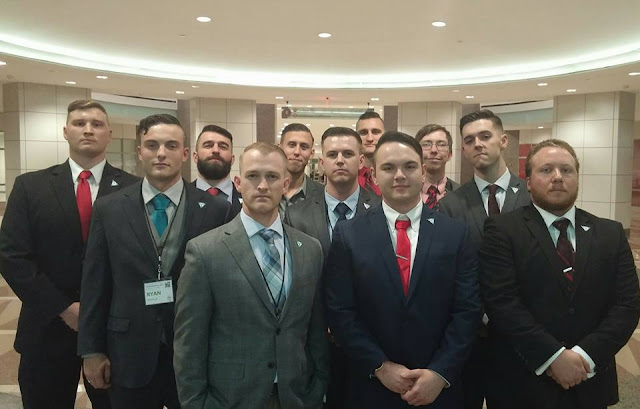 Identity Evropa is one of a number of hate groups that have adopted the term "identitarian" to soften their public image. The group was founded in 2016 by Nathan Damigo, a former marine and convicted felon who was further radicalized in prison by the writing of David Duke. Damigo is perhaps most infamous for sucker-punching a young woman less than half his size at a protest for which he was lionized by the likes of Goldy and Lauren Southern.

Damigo was also involved in the planning of the infamous Unite the Right rally in Charlottesville.... 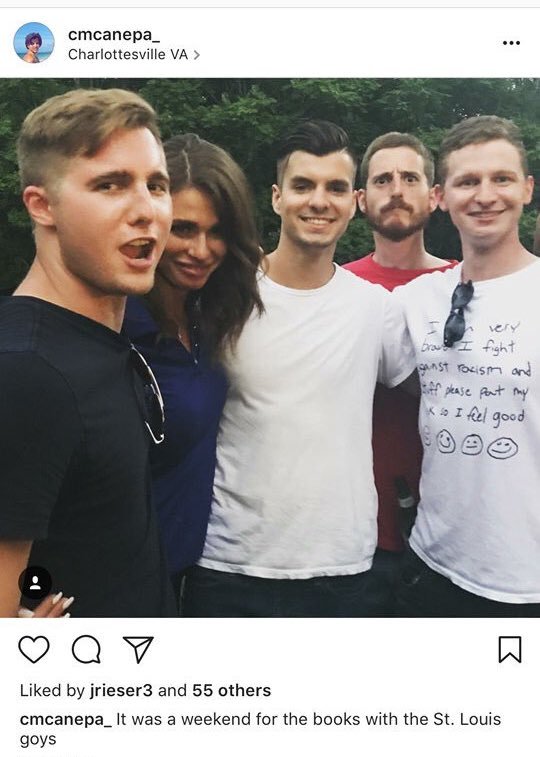 
In another release of leaked Discord chats, Unicorn Riot released transcripts of chats involving IE members including the new head of the hate group:


Identity Evropa’s internal communications further cement the evidence that they were closely involved with the deadly Unite The Right neo-Nazi rally in Charlottesville in 2017. Over 70 Discord usernames from Identity Evropa’s national Discord chat server were also present in the leaked planning chat for Unite The Right, including the group’s current ‘CEO’ Patrick Casey, who posts on Discord as ‘Reinhard Wolff‘.

In November 2018, members of IE discussed links with Canada and mentioned SFWC specifically:

The links go deeper than this however: 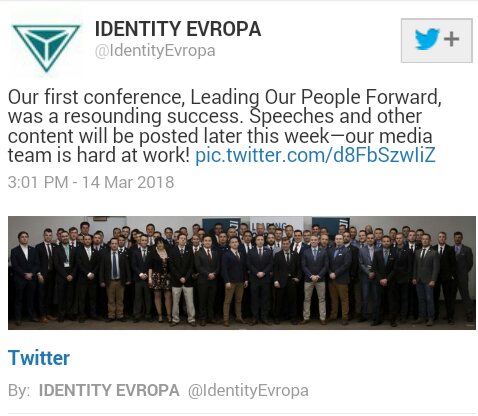 The sausage fest in the above screen shot refers to the first IE's national conference, "Leading Our People Forward" or (LOPF). As I write this article IE is currently holding their second national conference. The location was intended to remain a secret however Unicorn Riot released the details including the location of the event. Prior to this Patrick Casey, posting as "Reinhard Wolff", provided details about some of the guest speakers: 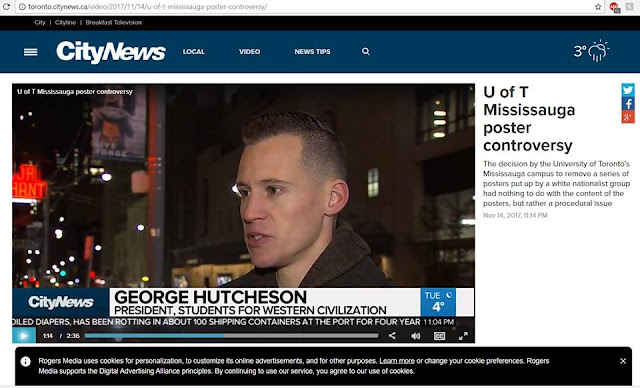 Patrick Casey's ("Reinhard Wolff") ascendancy to the leadership of IE was a direct result of the fallout from Charlottesville. Damigo, who is being sued, left the group and Eli Kline ("Eli Mosley") took over as the head of the hate group. Kline sent his regards to Goldy after she was fired by Ezra Levant: 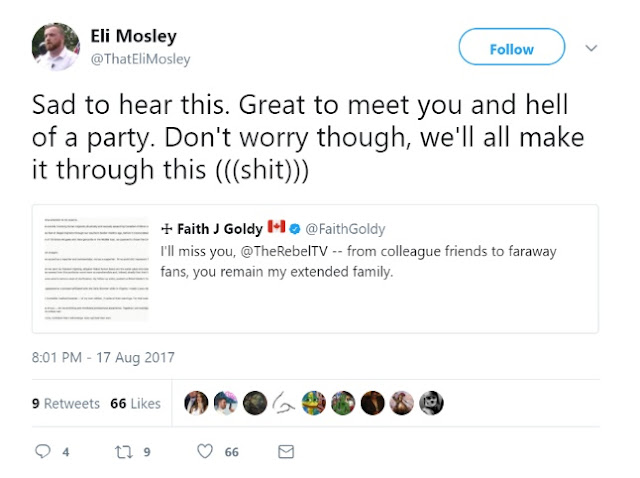 Kline himself ran into some trouble when confronted by lies he told about his military record. Patrick Casey, who was also active in Charlottesville, assumed the leadership soon after: 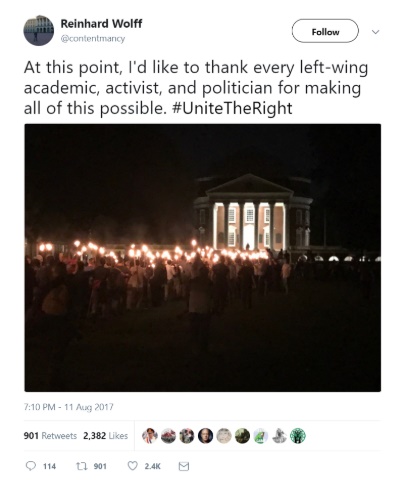 Though he has attempted to memory hole his own racist rhetoric, Casey is every bit the racist, antisemite, and Islamophobe that Damigo and Kline are:


Since the violence in Charlottesville turned much of society against the alt-right, Identity Evropa (IE for short) has changed their strategy, focusing on presenting clean “optics” to the exclusion of most other considerations. The group today tries to present itself as entirely nonviolent, with its public appearances carefully groomed by its young leader, Patrick Casey, a racist propagandist who makes his living producing media for the neo-Nazi YouTube channel Red Ice TV.

THIS is a group that Students For Western Civilization feels comfortable allying with.

But yeah.... totally not racists.

UPDATE: While not directly connected to SFWC, I can't help but post this play in three acts. 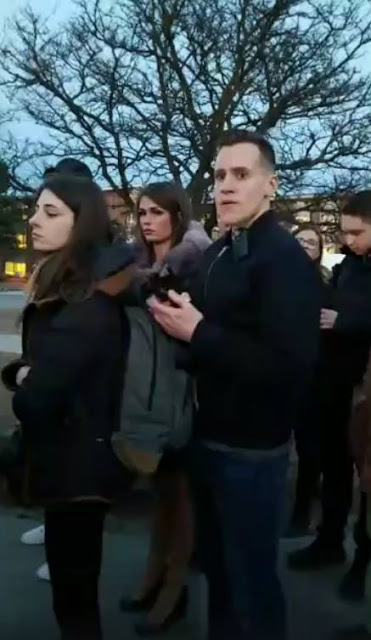 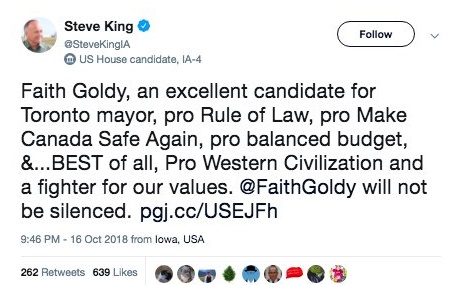 To be fair, Goldy seemed genuinely shocked and upset when that car hit the people, Didnt sound like she was pleased that someone from the left got hit and hurt.