I plan on adding to this later today. I just wanted to get the basics out.

In Christchurch, New Zealand, a man walked into a mosque wearing a GoPro which was live streamed to Facebook and shot a number of worshipers. A second mosque son followed. At this point three men and one woman have been arrested in connection to the shooting; at least one of these individuals posted a manifesto justifying the attack (I may take very selected screen shots because this man doesn't deserve to have an audience for his views). He also posted on 8chan:

His weapons were covered with anti-immigrant and anti-Muslim graffiti, including neo-Nazi slogans, references to the UN migration pact and Quebec city mosque shooter Alexandre Bissonnette: 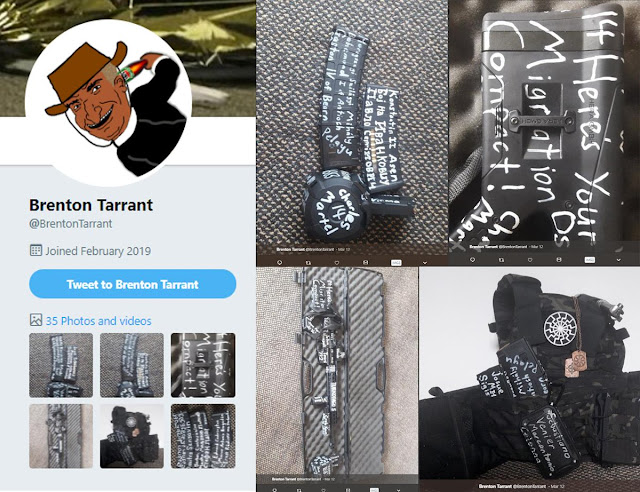 
At this point I don't know how many have died, but I have heard of numbers ranging as high as 26. More information will be forthcoming.

In the meantime, the folks at Yellow Vests Canada posted about the tragedy and most of the responses were either celebratory, suggested a false flag, or justified the shootings: 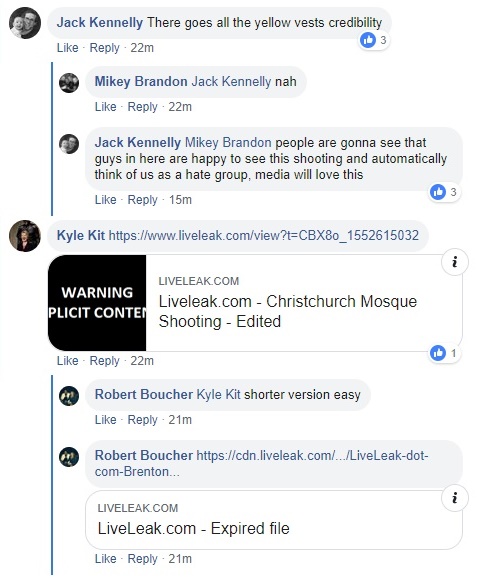 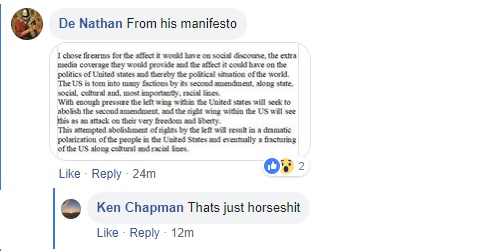 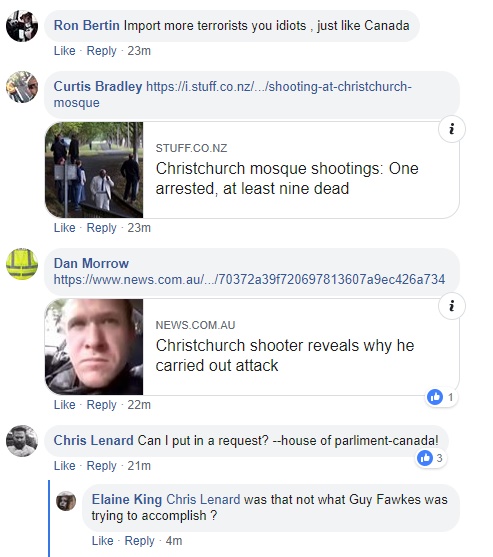 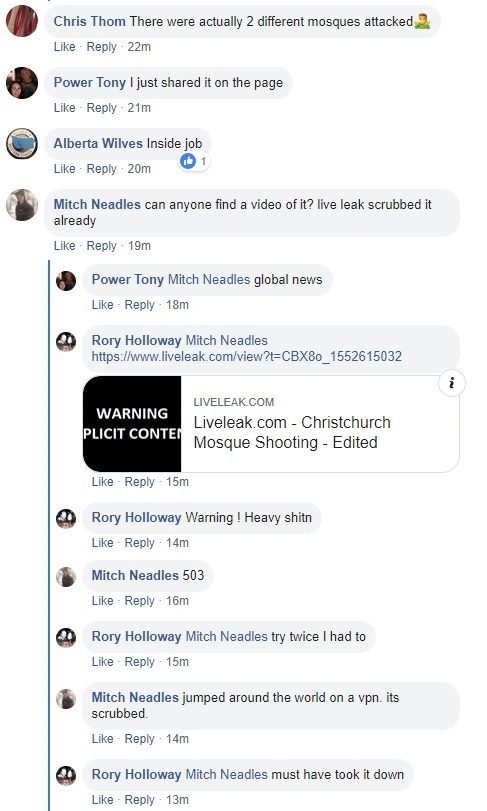 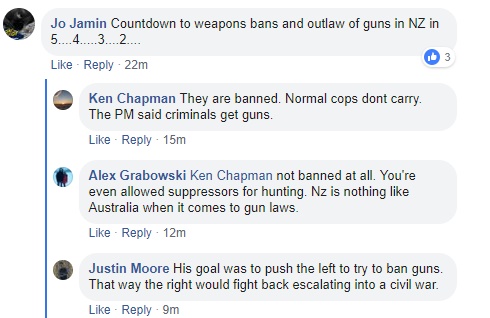 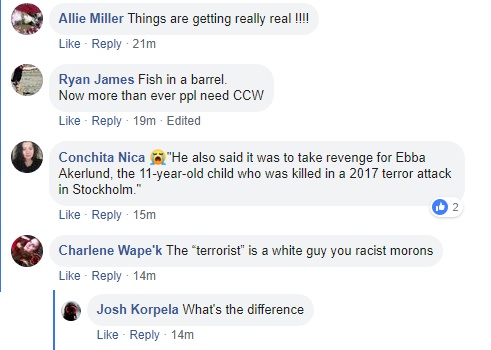 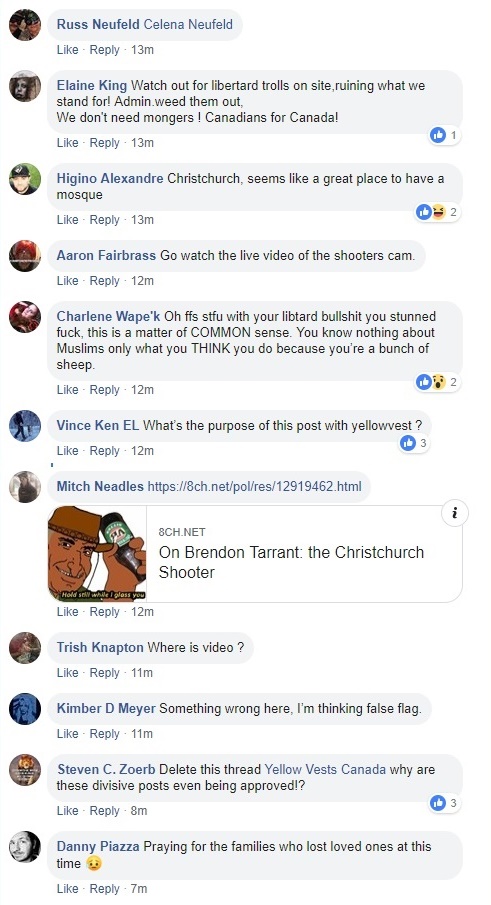 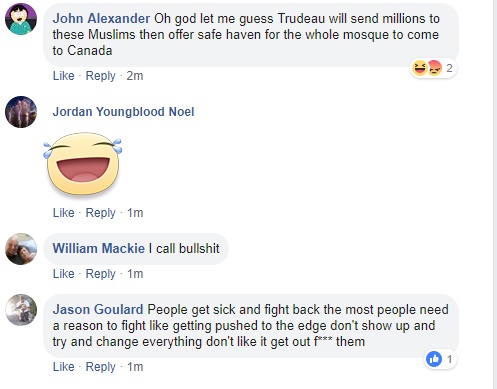 The thread was eventually pulled down, but the administrators can't claim they didn't know about it since they approved of and participated in the thread: 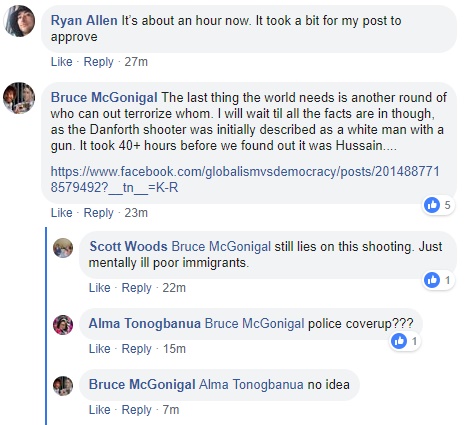 This is the Yellow Vest Canada movement.

I'll continue this article tomorrow evening, but suffice it to say for now I'm not sure I could be more disgusted.
Posted by Nosferatu200 at 00:32