This article is going to be rather screen shot heavy. I think it's worth it though.

Hey there readers. You remember when Joey Deluca of the Worldwide Coalition Against Islam posted this article on their then website (which appears to have been deep-sixed) about their planned march in Toronto on August 11 and how they were looking forward to assaulting counter-protesters?: 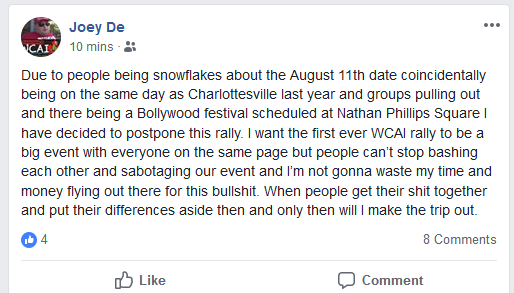 I'll get back to this thread in a moment, however suffice it to say the August 11 WCAI rally does not appear to be happening. Now that doesn't mean that some Islamophobes and white supremacists still won't be showing up either because they didn't get the message or because they've already made the investment (Joey doesn't seem to care that some people likely spent more money than they have available in order to join his hate rally)....

....but it does appear to mean that no one with the WCAI will be showing up to Queens Park

Oh.... sorry. I should explain this. You see despite Deluca insisting on the rally being in Nathan Phillips Square in order to "take it back" he had in fact been trying to pull a fast one on everyone by moving the rally a few blocks away to Queens Park. I suppose he thought this was clever, except that he told every single person who contacted him for details about this plan.

So much for Internet security.

Anyways, we had some indication that the event was in trouble when we found this post on the WCAI event page: 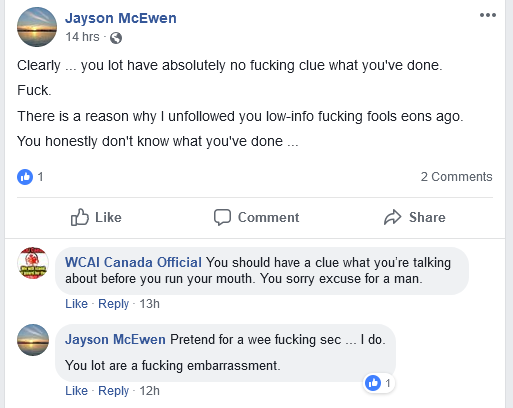 By this morning, the entire thing had blown up with numerous groups who had previously committed to participating pulling out:

One of the catalysts for this was a post by the JDL's Meir Weinstein who didn't take well to the Charlottesville imagery: 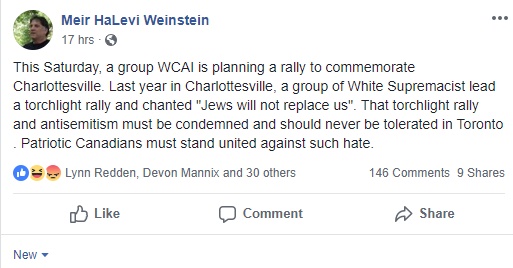 The resulting discussion is rife with antisemitic and Islamophobic slurs, threats, and people like Ron Banerjee using the opportunity to settle scores: 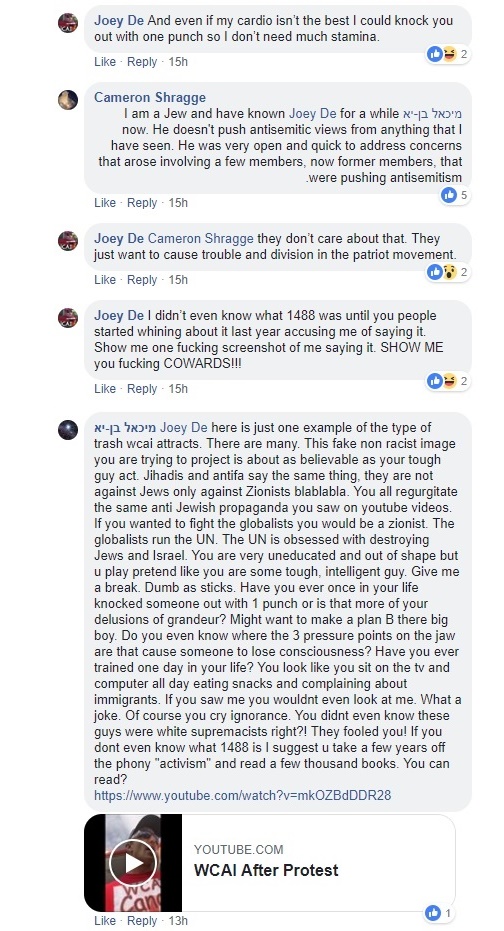 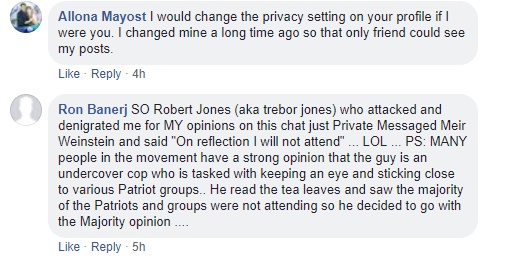 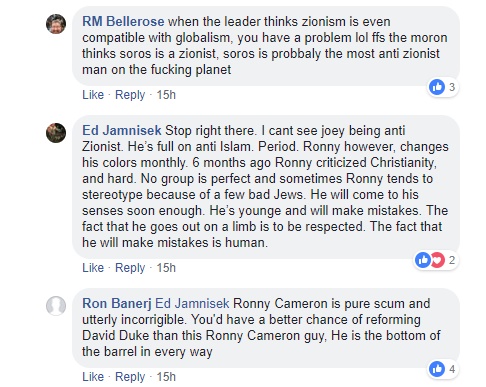 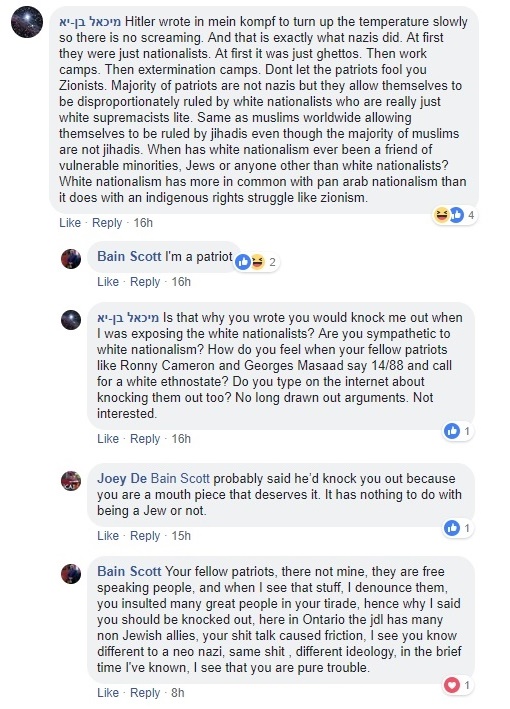 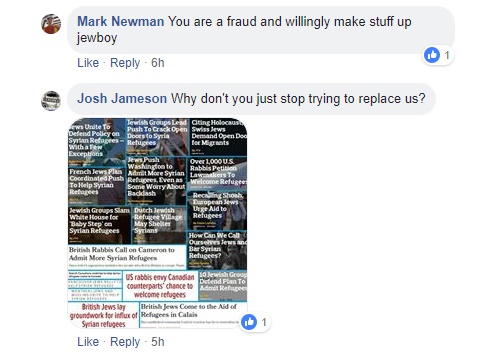 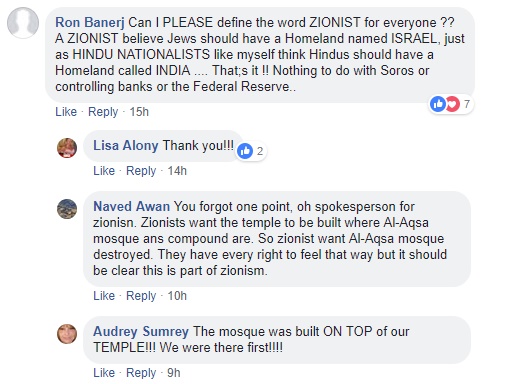 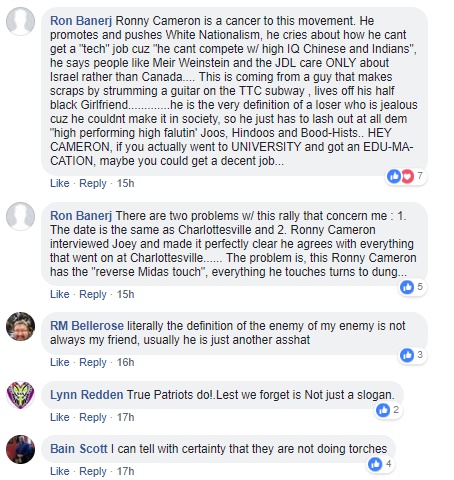 This part is my favorite:

Not long after, Deluca posted the following on his profile: 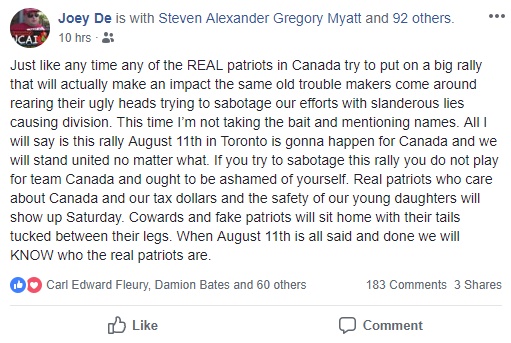 And while he did receive some support.... 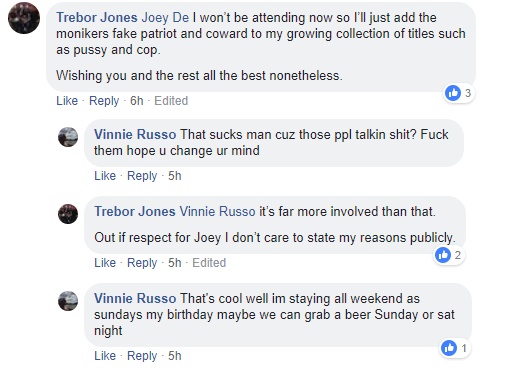 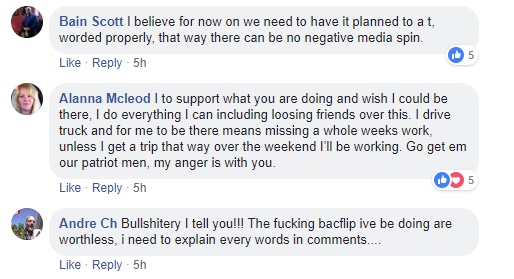 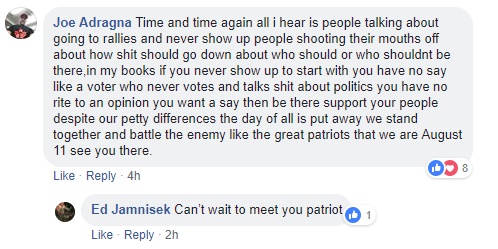 ... it also resulted in an extended argument with Bryan Trottier who heads the CDN Wolfpack (basically English La Meute) and Ron Banerjee with Sandra Solomon eventually joining in the fun:

Which all brings full circle to Joey postponing the rally: 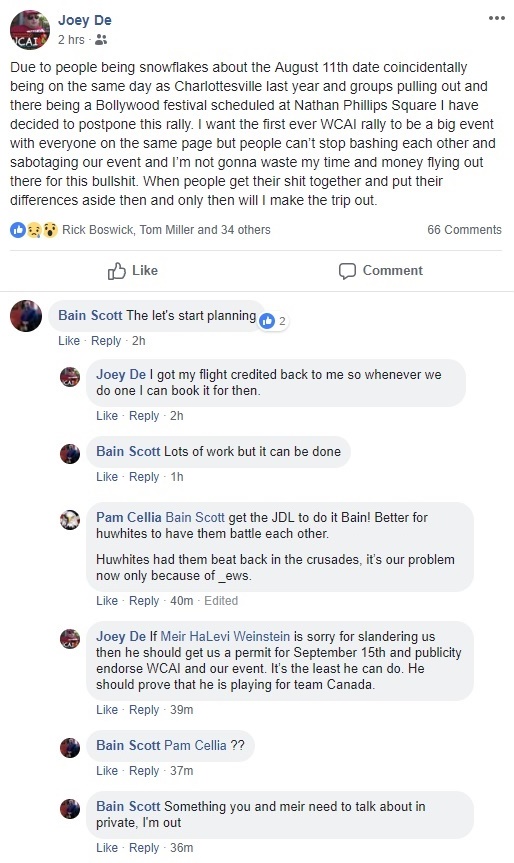 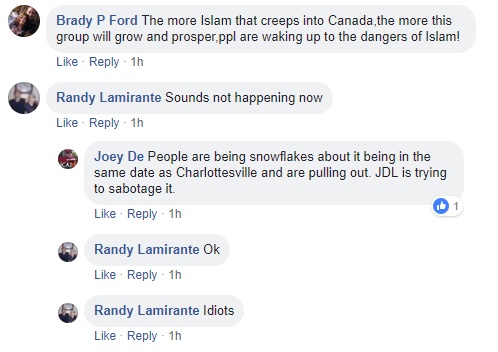 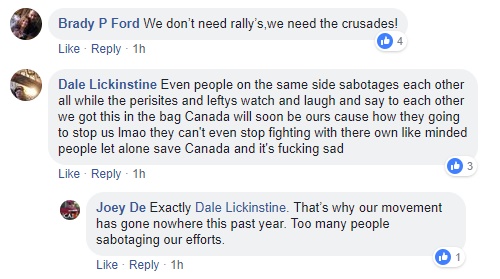 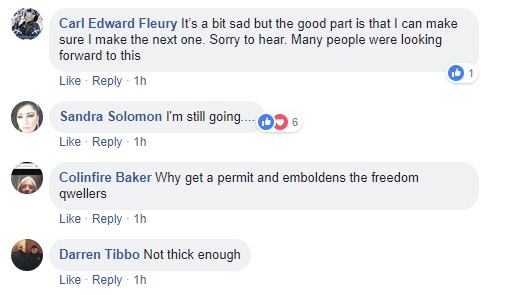 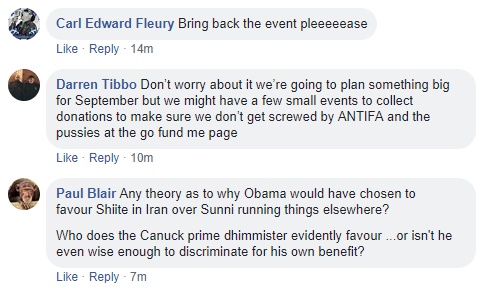 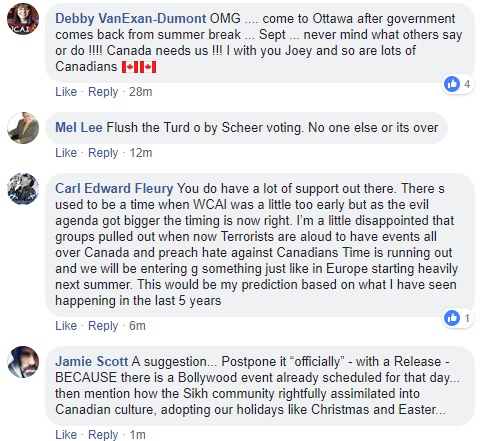 I'm afraid the horses have already left the barn Jamie. This can't be spun now.

What we do see however is a great deal of resentment being leveled at Meir Weinstein and the JDL: 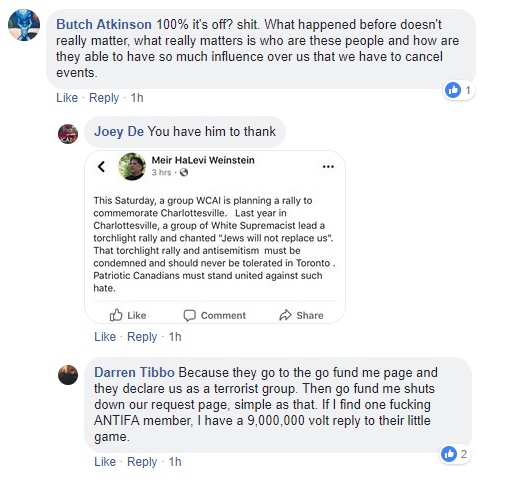 Now not everyone thinks the Charlottesville imagery is all that bad: 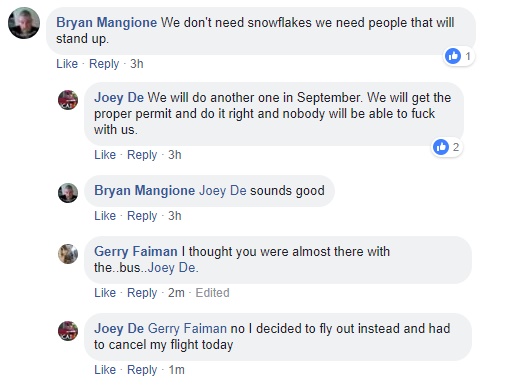 FYI, Bryan Mangione is also known as "Griffin" and is found on this blog in association with Jon Latvis: 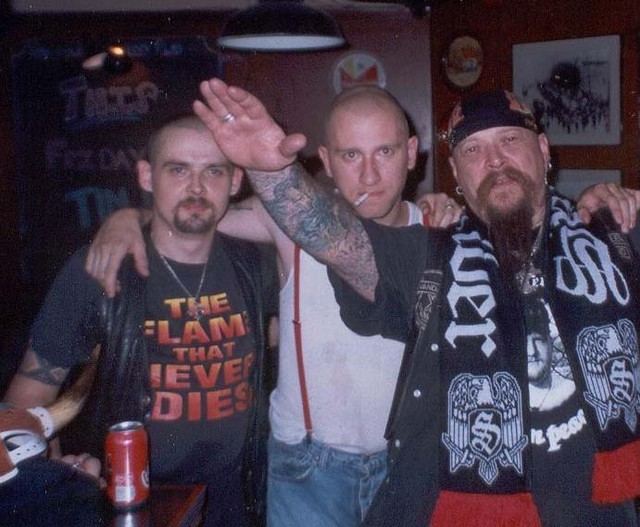 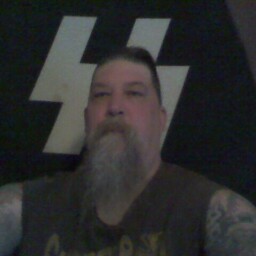 I mean, ya'll make this so easy.

The last screen shot I'll be posting at this time is of an argument between Deluca and Mangione with Shawn "Bain Scott" McBeath concerning Weinstein:

If McBeath would like some assistance in finding that excerpt about the torch march, ARC would be pleased to help:

Deluca's response is almost so tone deaf as to be unbelievable. He actually believes THIS helps his case:

Sometimes you really can't add anything else when these people are so eager to indict themselves.
Posted by Nosferatu200 at 16:18

What a bunch of spiteful buffoons...

Can you get fat on popcorn? :)