Soldiers of Odin Outnumbered in Nanaimo

Yesterday the Soldiers of Odin acted as "security" in an effort to intimidate homeless people living in Discontent City in Nanaimo:

Please be careful #Nanaimo friends. The Soldiers of Odin is a Neo-Nazi group. This isn’t about the issue they’re saying it is about, not fully, this is a recruitment. Do not align yourselves with this group regardless of your opinions about tent city/homelessness/addiction pic.twitter.com/IyWKUA9VEN
— William Gill (@william_keith35) August 1, 2018


There was tension today in Nanaimo as the Soldiers of Odin marched to the city's homeless camp and were met by a much larger group that opposes their views. We will have this story and more Vancouver Island news live at 5 p.m. on our website:https://t.co/BnpOYPU2oo pic.twitter.com/ZRY2ZWRTmz
— CHEK News (@CHEK_News) August 6, 2018

Good afternoon from Port Drive in #Nanaimo where members and supporters of Discontent City are gathering for a counter rally against a planned march by Soldiers of Odin. pic.twitter.com/XFGx2x35nA
— Nicholas M Pescod (@npescod) August 5, 2018 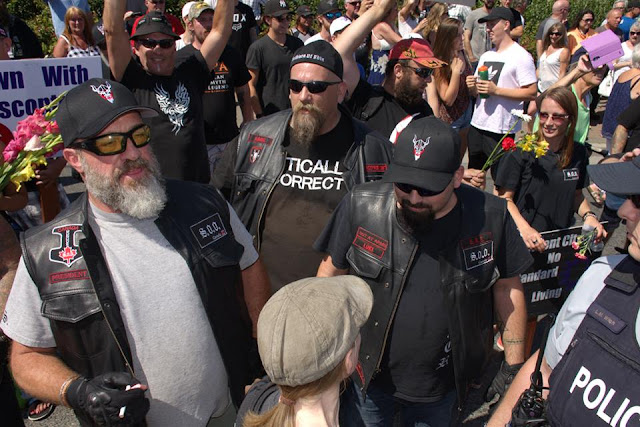 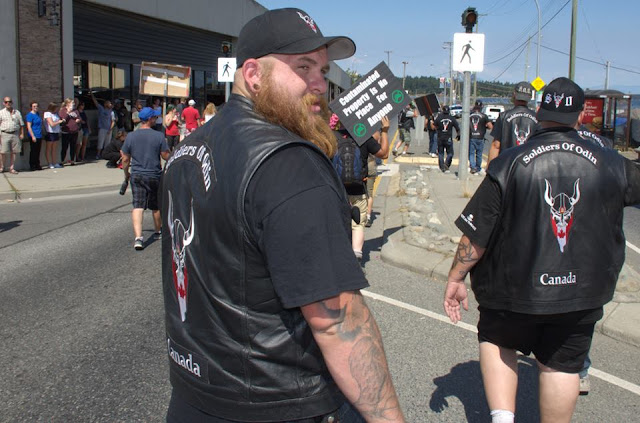 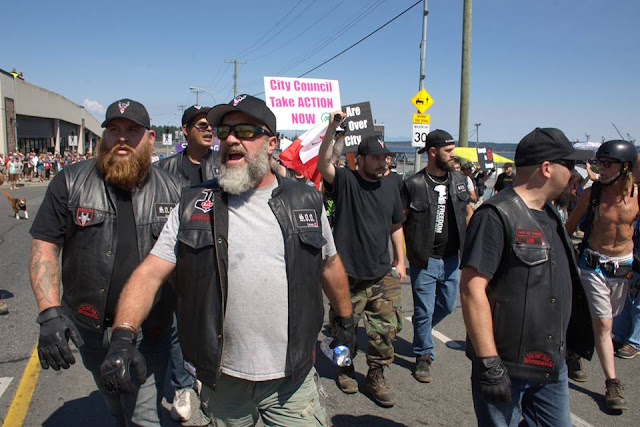 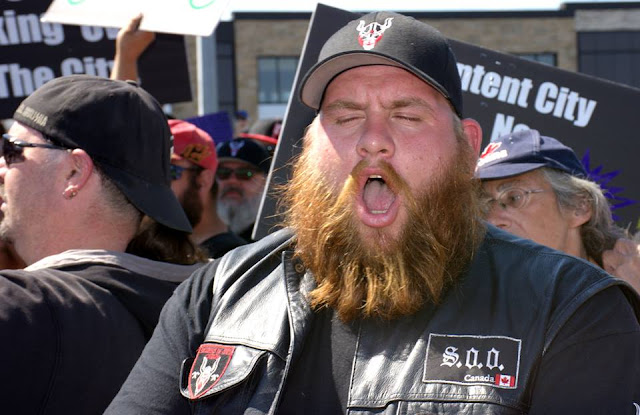 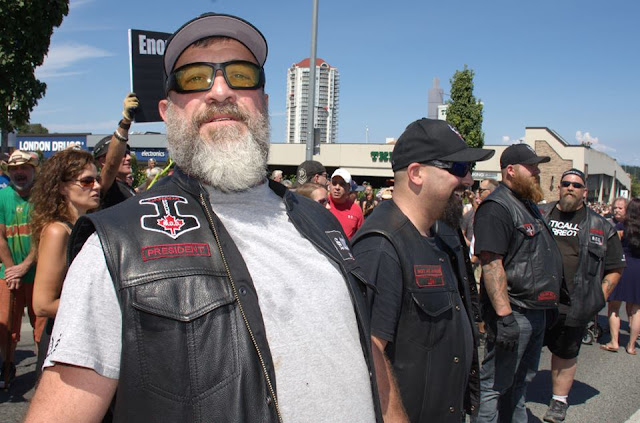 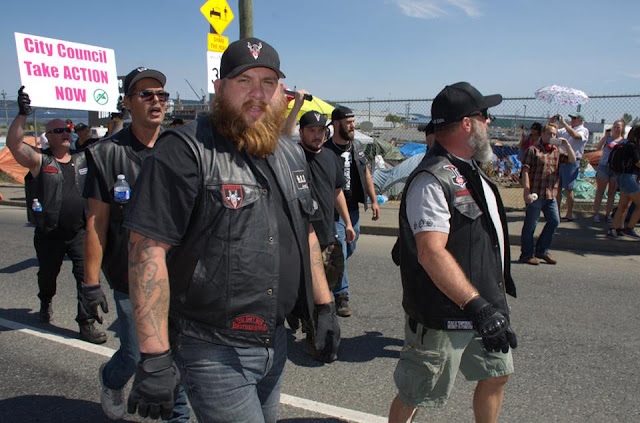 Suffice it to say, they were vastly outnumbered:

Nanaimo, BC community came out to protect & send off Soldiers of Odin and their anti-poor co-conspirators from Discontent City, an encampment of people without homes in the Vancouver Island city https://t.co/6IFERXa7wY pic.twitter.com/y1ahnTZ2Ki
— CommunistPartyCanada (@compartycanada) August 6, 2018

Sad and terrifying that the Soldiers of Odin is marching on a homeless camp in Nanaimo today; but it raises my spirits to see this many people literally blocking the path between this hatred and the residents of DisconTent City. We need more of this solidarity. ✊✊✊ https://t.co/AWwIxuO6J5
— Anna Cooper (@CooperAnna) August 5, 2018 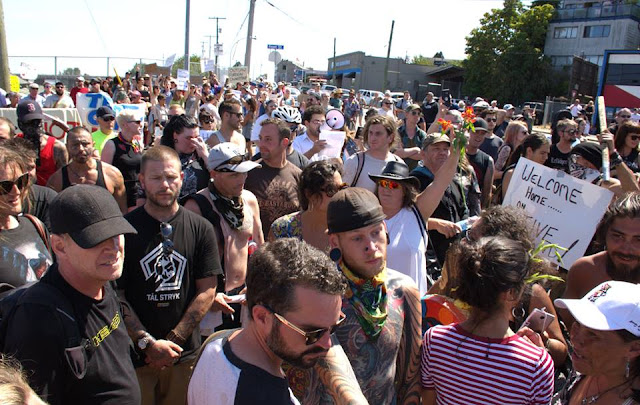 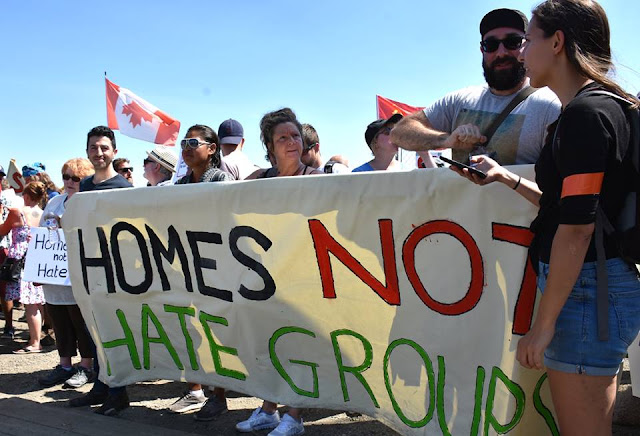 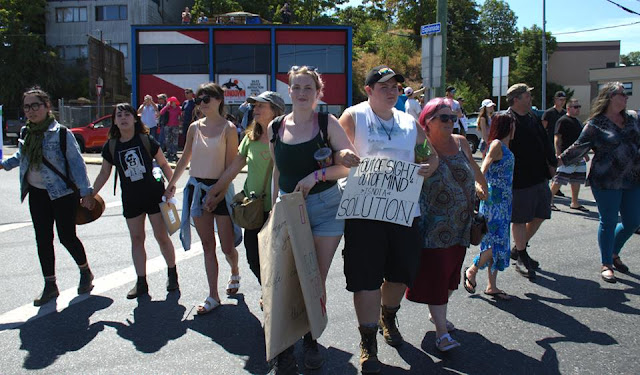 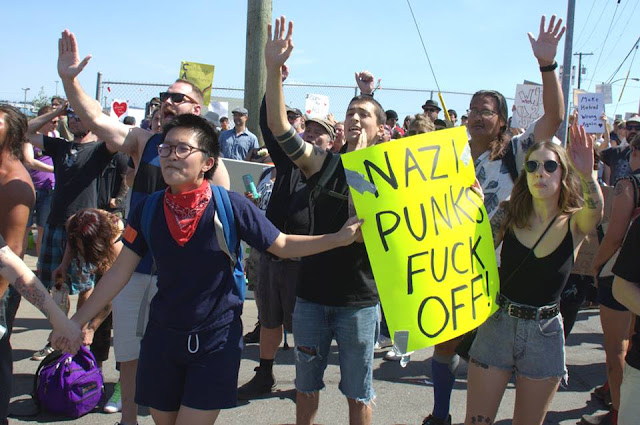 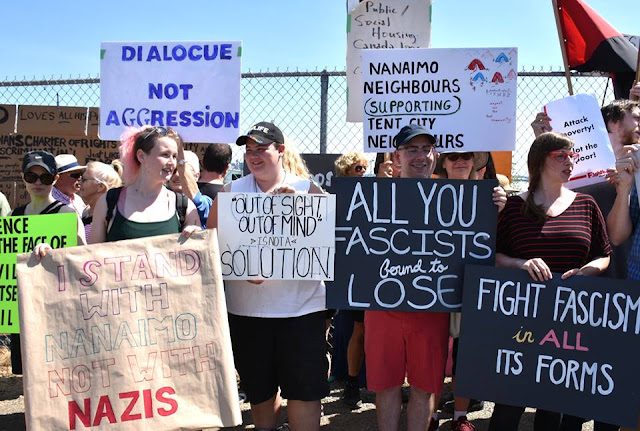 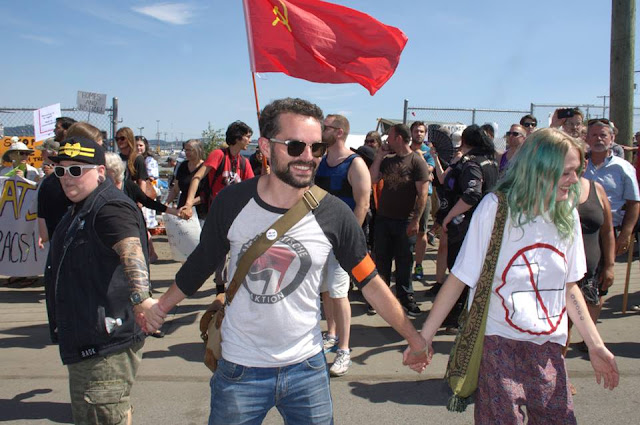 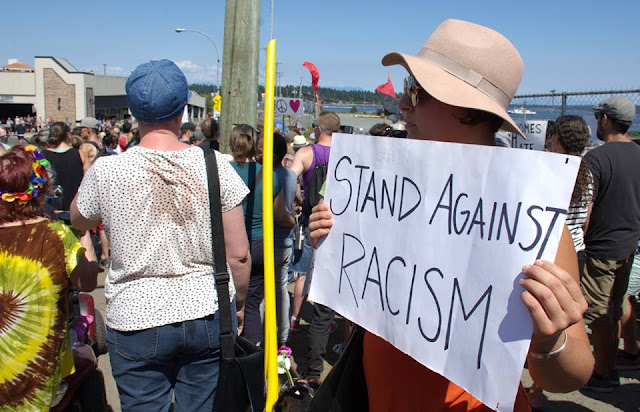 Now there's an effort to figure out the names of the SoO members who participated in this march; though the chapter president refused to provide his name, it is known:

created by a fellow village radical. Though not 100% that they're Victoria BC based.. they apparently have meetings there and Langford.

And like former BC chapter president and short-lived Canadian SoO leader Bill Daniels, it also appears that Peachie has a bit of a criminal history which, given the accusations leveled at those living in the tent city by members of the SoO, I find to be interesting: 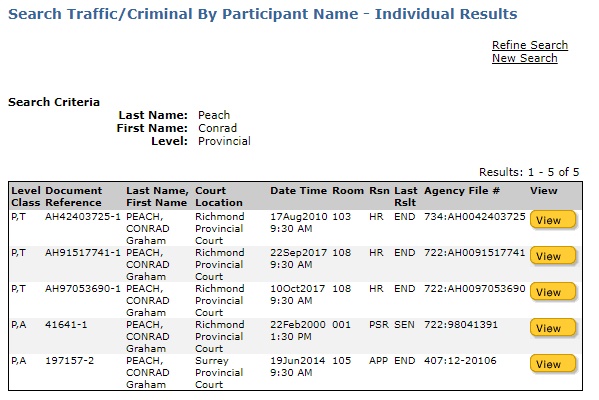 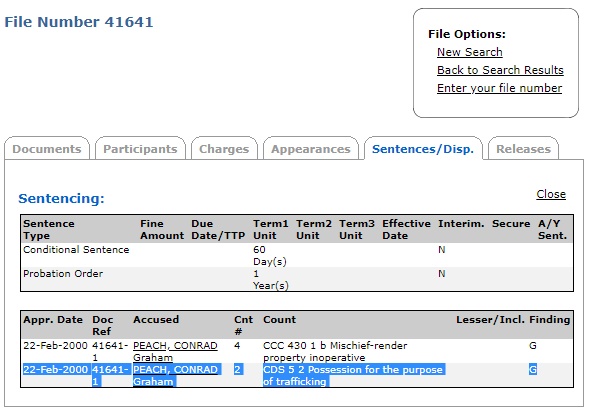 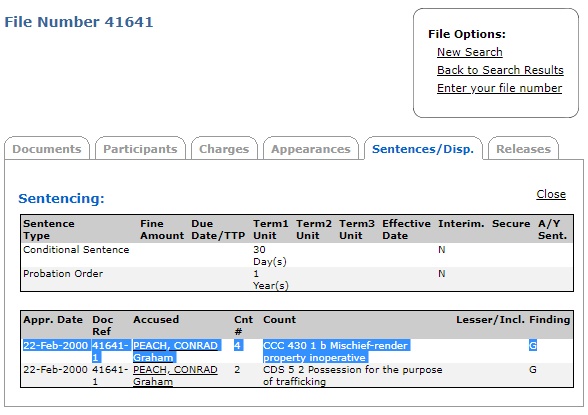 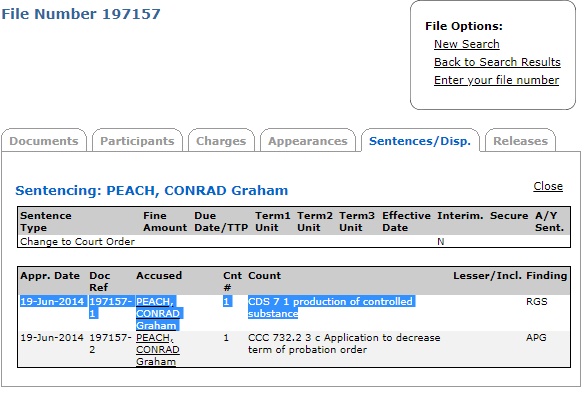 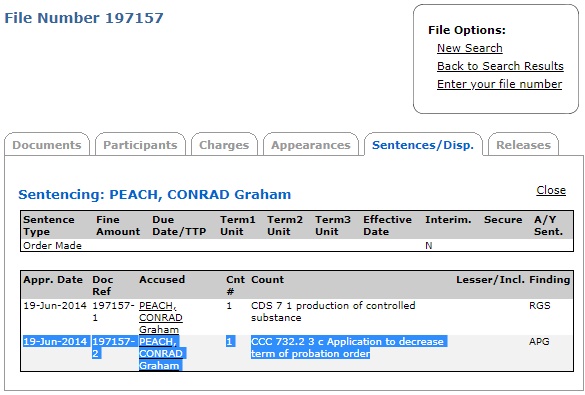 Did I write "interesting"?

I meant to write patently hypocritical.
Posted by Nosferatu200 at 21:49

Conrad's Mom (Ainsley) and my Mom were in a bridge club with Mrs.McClaren for years in Richmond. Conrad and his 6"4 buddy Ross Freleck jumped me along with a small Indo in 1983 in the Kingsgrove area of Richmond for absolutly nothing. I was only 5"9.6 and weighed 155 pounds. I managed to beat down the small Indo but Freleck kicked me in the head twice with his dayton boots and that was that. I bought a pair of daytons that week. I'm no hypocrite I did drugs throughout my senior secondary years and finally stopped in 2002 because my doctor told me to. I haven't thought of these ppl since 1984. I hope the Sons Of Odin all get thrown in prison or die of a meth overdose. You haven't aged well Conrad Peach.

Conrad Peach is a GOOF, he sells pot which he purchases from people who grow with a medical license, your time is coming Connie, lots of people have it out for you loser.