Who Was The Lone Nazi to Show At Kevin Goudreau's Peterborough Rally? ARC Has His Name

NOTE: The majority of the information that resulted in this article comes from two sources who were working independently of each other and who both provided ARC with their research. I am very grateful for both of their hard work and generosity.

One of the reasons why ARC refers to Kevin Goudreau as "No Show" Goudreau is because despite his lofty claims about himself and influence, he rarely caries through with any of his plans. One case in point was his rally in Peterborough on September 30 when he failed to show up himself. Only two people actually traveled to the city to participate. Paul Fromm was there, though he parked his has several blocks away to shoot a video of himself, likely knowing that he would be easily identifiable by the hundreds of anti-fascists who DID show up to counter-protest. The other person was this fella: 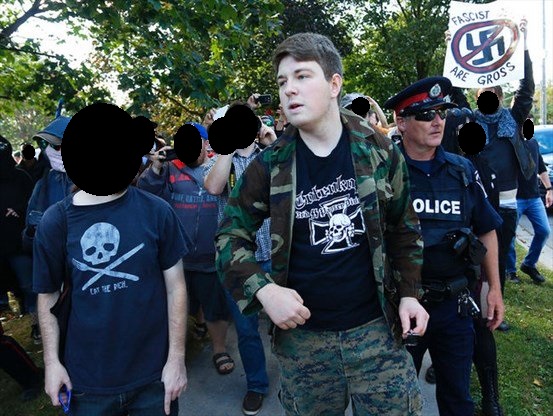 For months anti-fascists have been trying to learn the identity of this individual. One thing we learned that he was from Barrie, ON. One of two individuals who had been gathering information on this incident provided ARC with the following details:


Someone uploaded a video to YouTube complaining about antifa demonstrators about a month after the event that had some unique footage. The person who made it followed the guy after some anti-fascists chased him away and filmed parts of a conversation he and two other people had with him. The video was taken down, and I have no copy. (it was uploaded by "Sophist Strawman" and titled "Peterborough has an antifa problem").

In it the neo-Nazi made arguments that sounded to me like it was ripped right out of Iron March's e-zine "NOOSE," in particular its essay "Zero Tolerance." He proclaimed himself a fascist, said fascism was a worldview based on truth that doesn't tolerate lies. He also said he was pushed to becoming a fascist after being center-right by the left. He glowingly quoted George Lincoln Rockwell. Whined that "our guys" sit on the computer posting Pepe memes but have no balls to come out to oppose communists, and then went on to speak about how the original Nazis had suffered a setback in the beer hall putsch but still kept on going until they won and that they need that kind of spirit.

According to the video's narrator the neo-Nazi kid was from Barrie. He drove over four hours to attend the would-be rally. He supposedly wasn't involved with No Show's "group." An activist I talked to said they think he might be from northern Peterborough but I'm more inclined to trust the video narrator over their speculation.

The combination of things; Totenkopf imagery, George Lincoln Rockwell adoration, and its unusual understanding of fascism all scream Iron March to me.

More recently, the second individual who contributed to this article informed me that the person pictured above was a participant in the now leaked Discord chat logs using the name "Tarnfurt" exclusively in the #tradworker server and that his name was "Luke." In fact he spoke about his experience at the Goudreau non-rally with Matthew Heimbach while expressing an interest in establishing a Canadian chapter of the racist Traditionalist Worker Party: 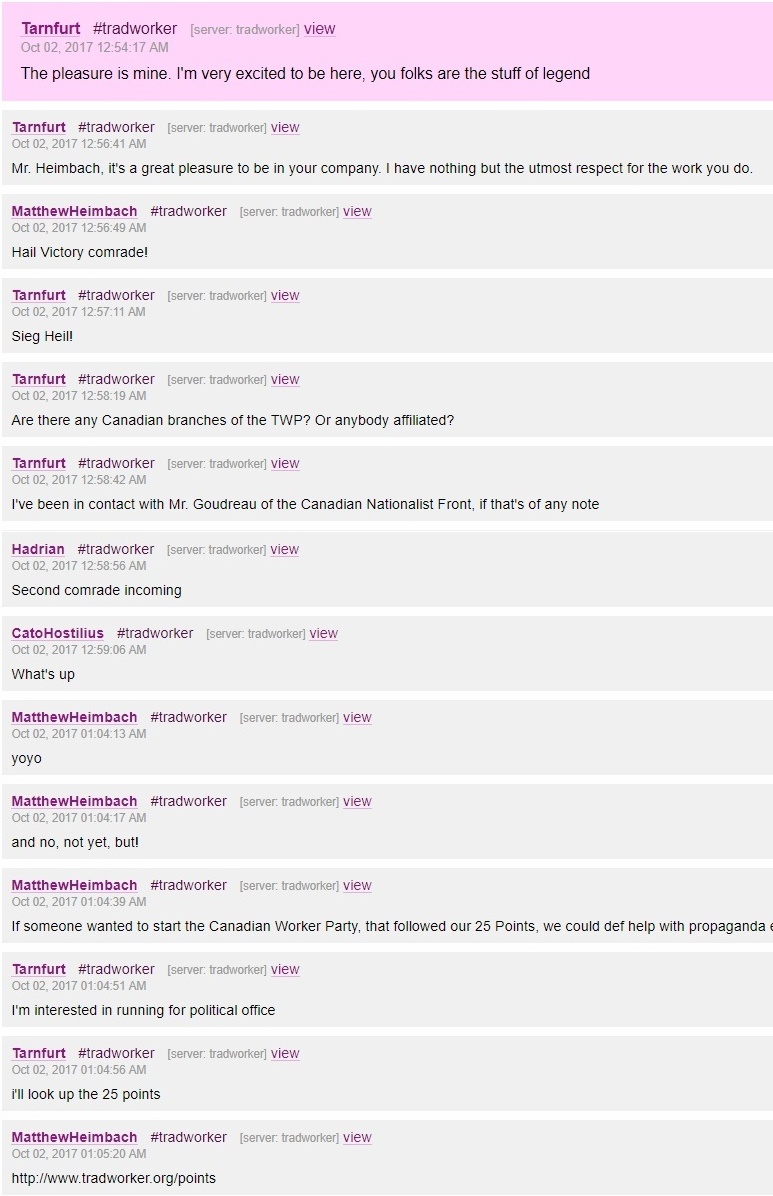 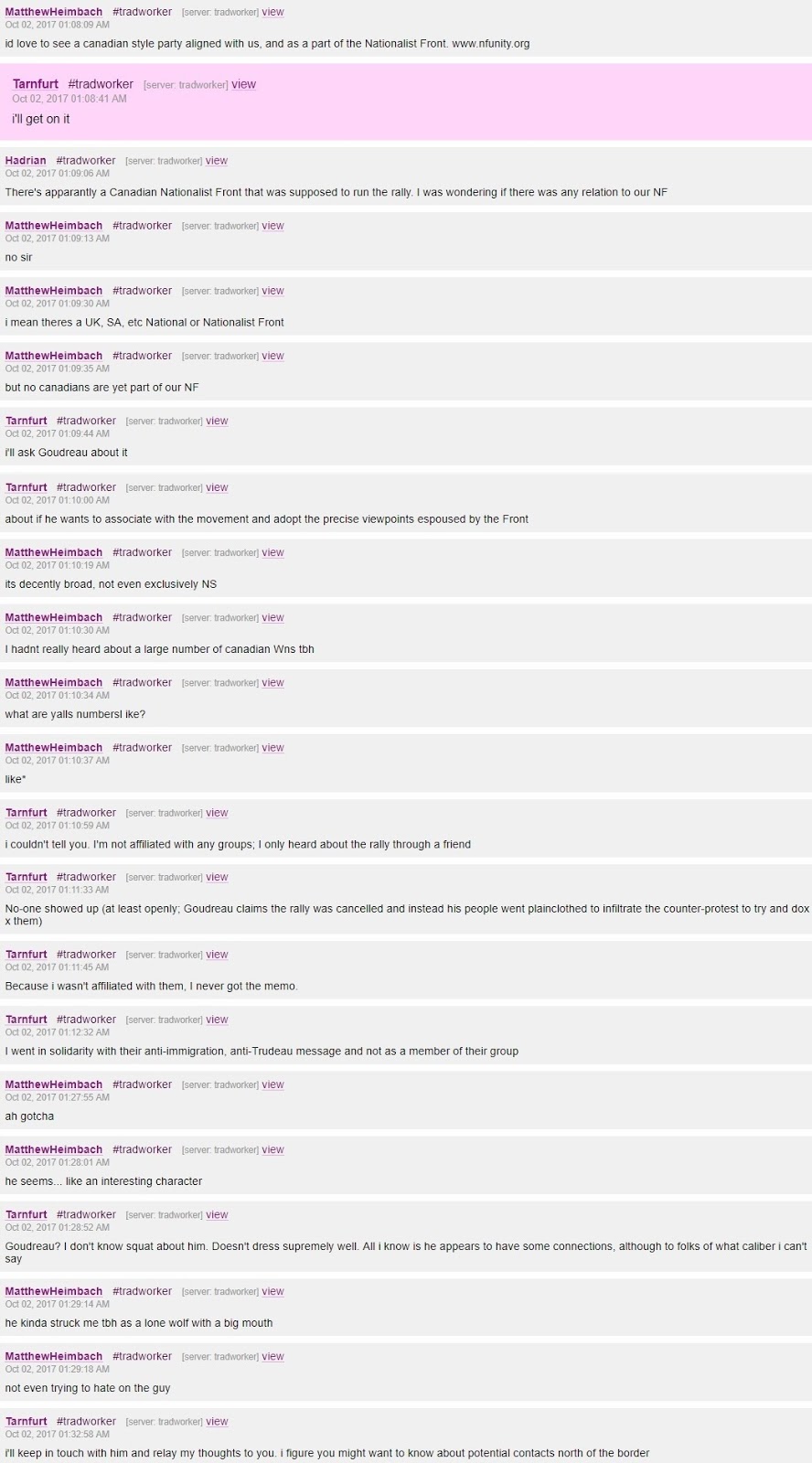 He later stated his desire to murder the counter-protesters, though he was admonished for this mainly because of the bad optics:

Based on all of this information, we were able to learn the identity of "Tarnfurt."

Lukas Danford from Barrie, ON.

Danford provided a great deal of information about himself that ultimately helped us to track him down. For example, he stated on the Discord logs that he is an Orthodox Christian: 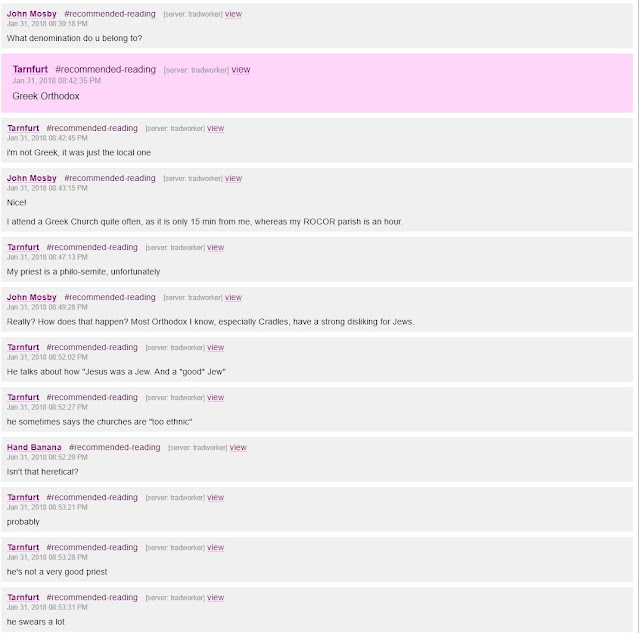 This, combined with some additional information which I will not divulge, allowed ARC to find the following: 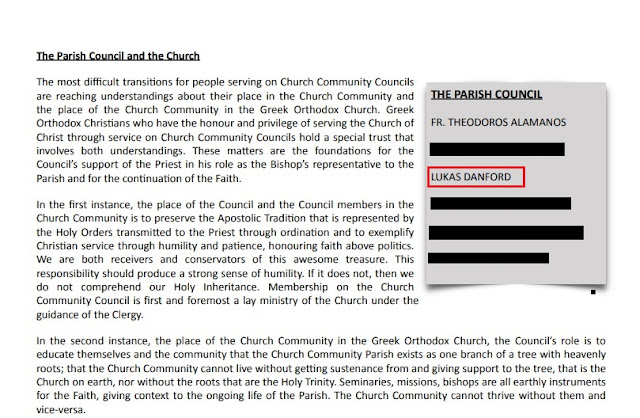 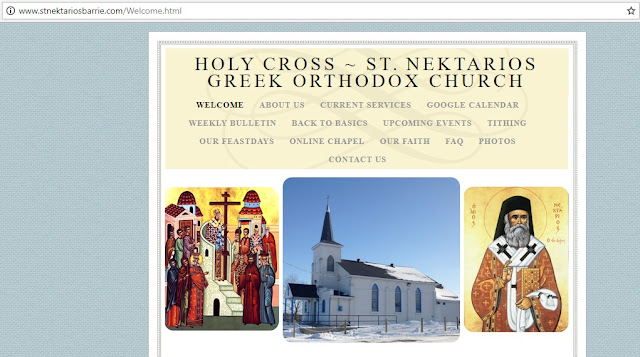 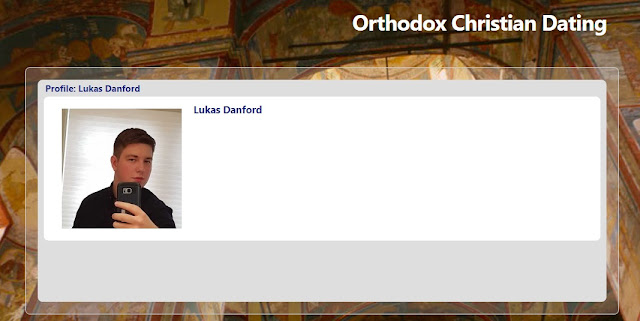 Regarding his other non-theologial beliefs, the following should be instructive.

He dehumanizes blacks, Roma, Muslims, and Jews among others; at one point he denies the Holocaust occurred, but wishes that it had: 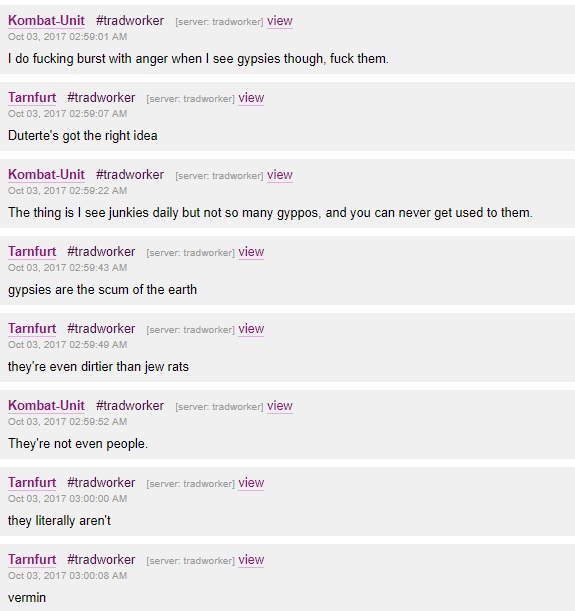 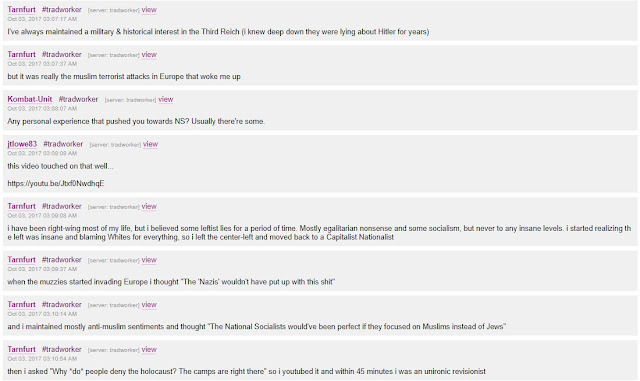 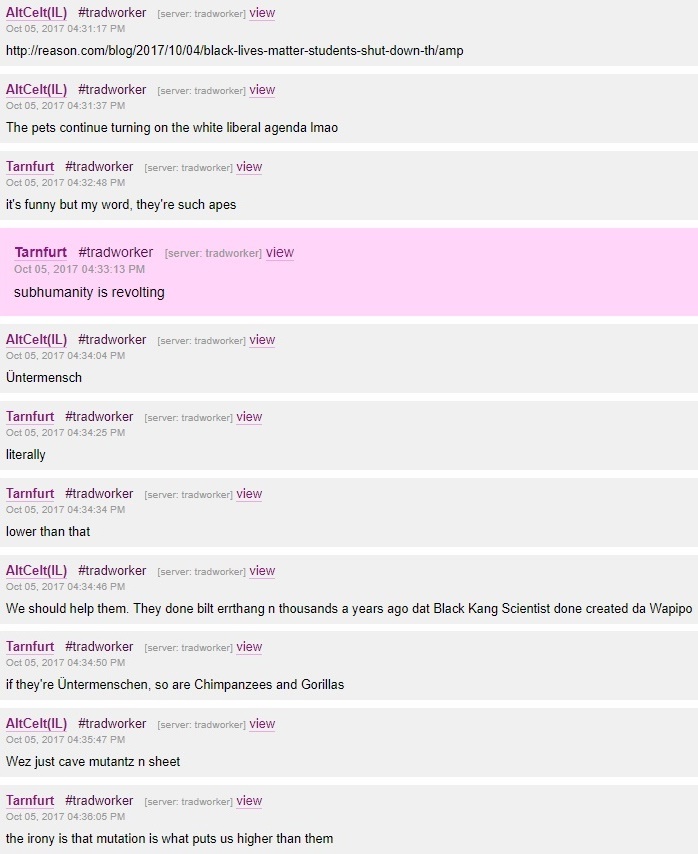 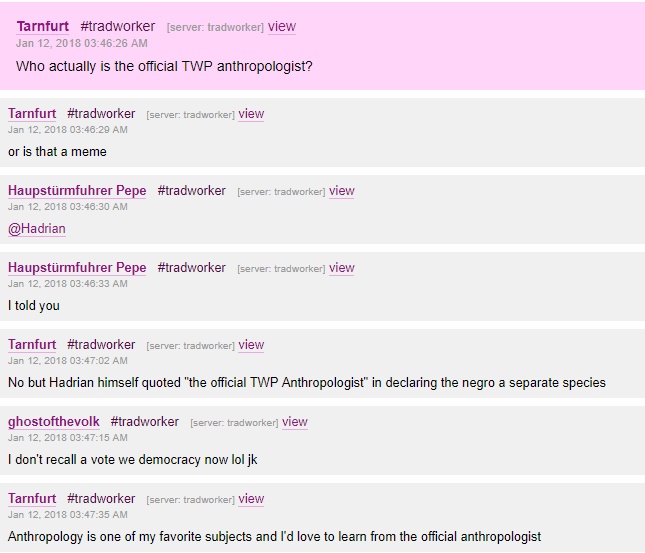 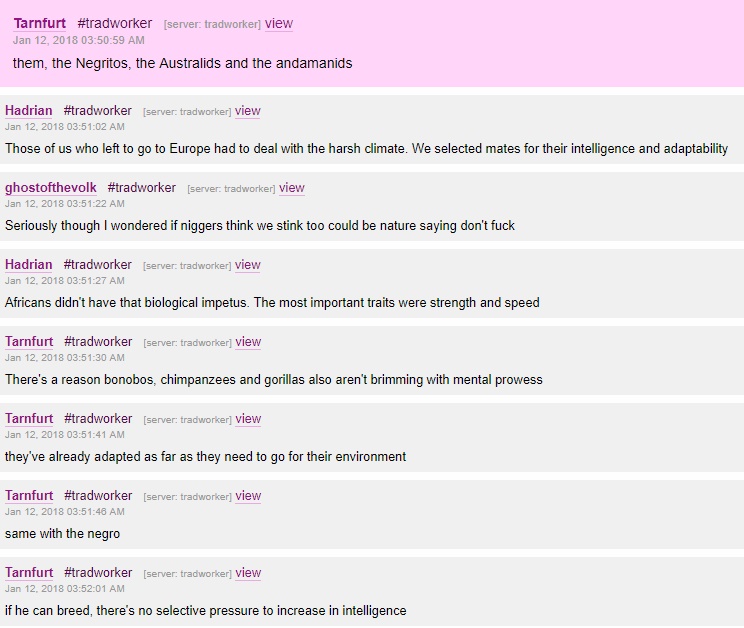 He also writes about how the extermination of other humans is inevitable while also confirming what city he is from:

He began mentioning that he was planning on moving to the United States in part to join the Traditionalist Worker Party and so that he could join their militia: 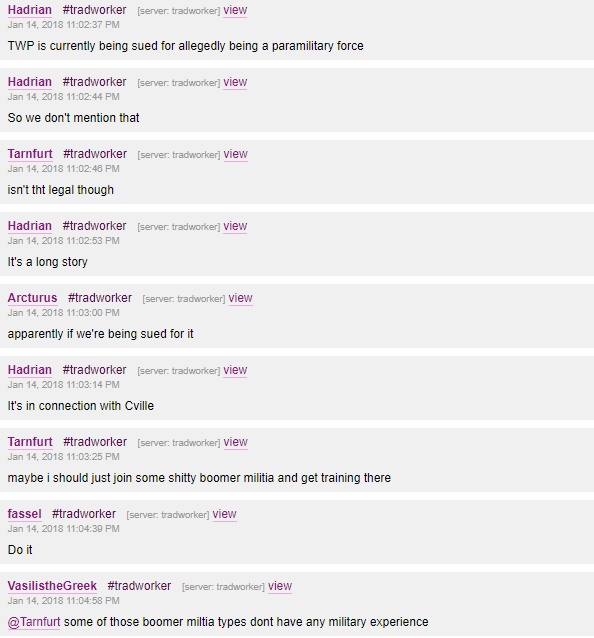 Of most significant concern is Danford's flirtation with Atomwaffen, a violent racist terrorist group responsible for a number of deaths in the United States which has a presence in Canada and whose recent activities in this country have been especially concerning: 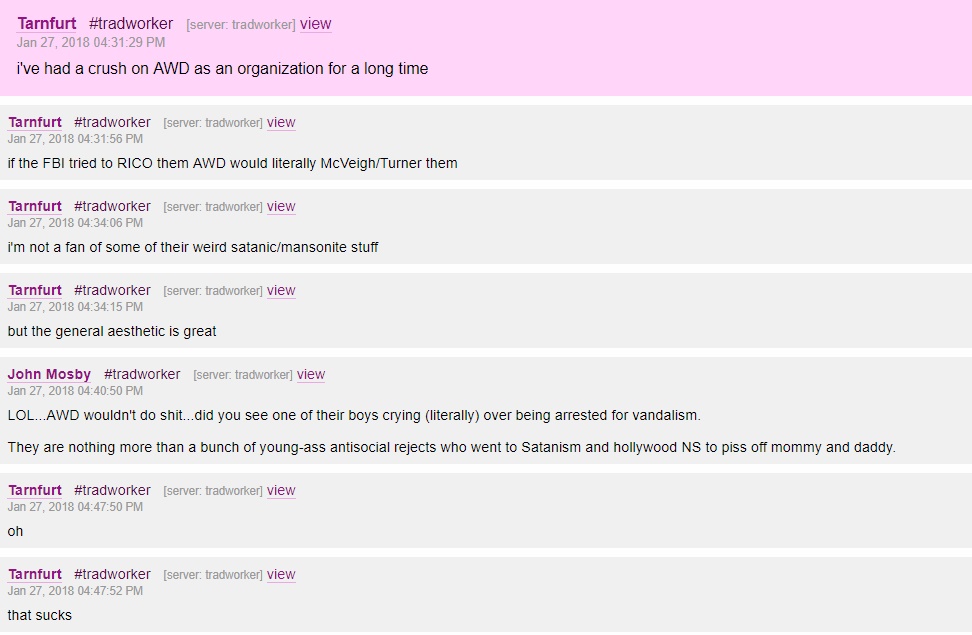 I'll give Danford the last word: 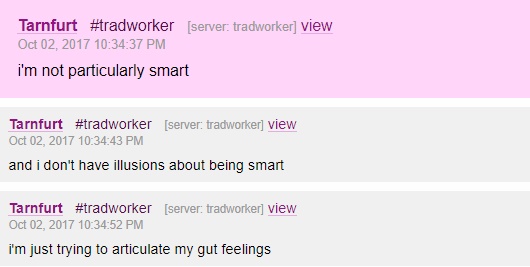 Uh oh. Looks like this article is the fourth result when you Google "Lukas Danford Barrie, Ontario"

We must make life uncomfortable for the nazi, make those assholes quake with the fear of consequence.