I guess that I definitively can no longer refer to Robert Jones as a middle-aged Proud Boy.

No, he's now a man going through a midlife crisis who wants to look like a biker but can't be bothered to spend money on a Harley: 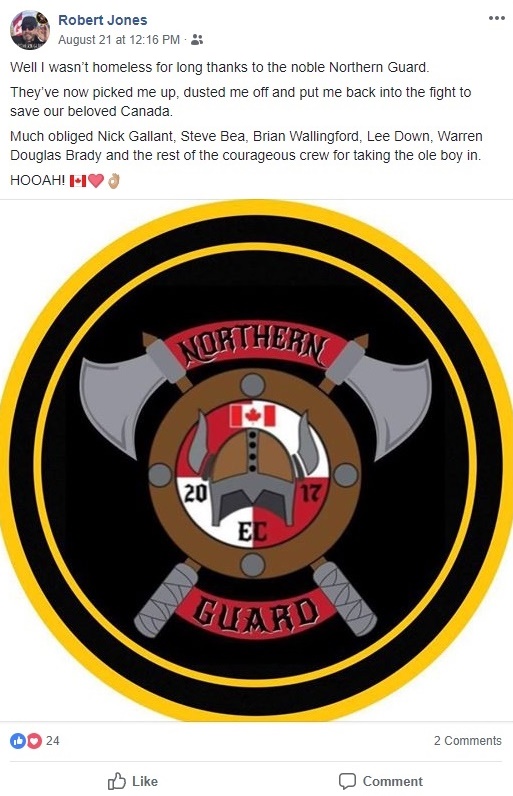 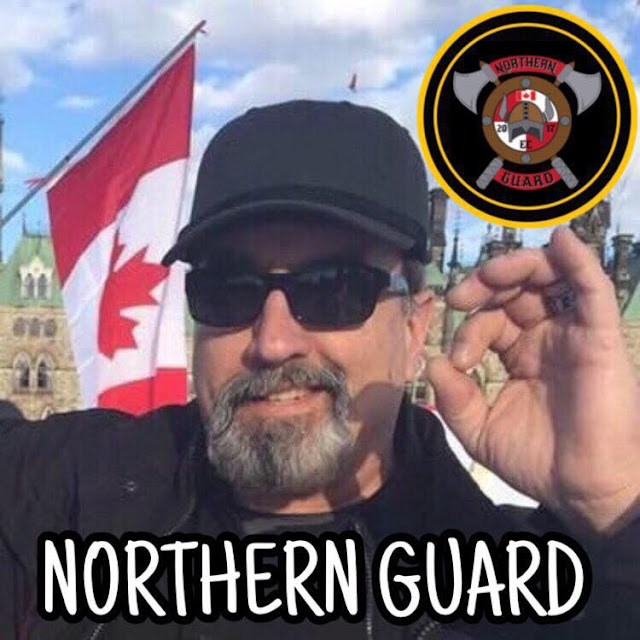 Honestly, ARC has made fun of boneheads who seem desperate for a club t-shirt, but Junes' need to belong to something really does redefine pathetic:

Uhm.... about Indian Motorcycles.... I have some bad news for you Robert.

Really, I think Robert Jones has one of the most acute cases of Peter Pan syndrome I've ever come across.

Since being booted from the Proud Boys, Jones has taken a few swipes at his former "club" which includes some cryptic, though not necessarily surprising, accusations: 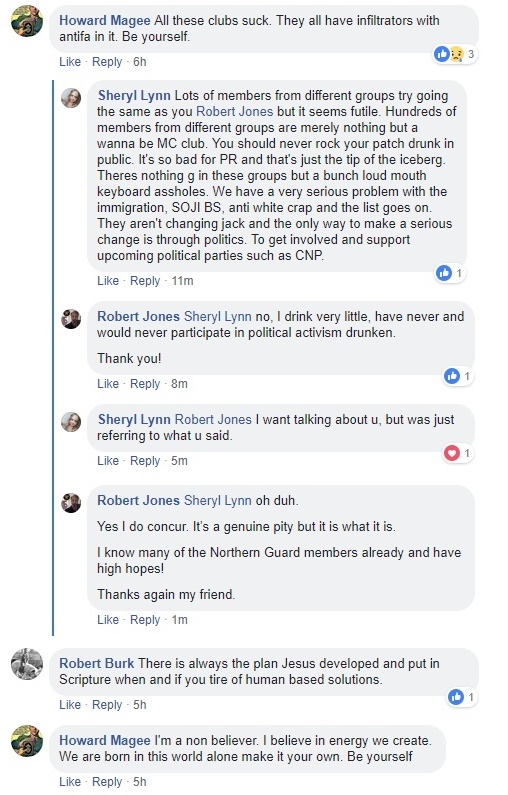 Later, he mentioned one of those "leaders":

I'll include the DMs between Jones and Kelly, but I don't think anyone needs to be bored by the droning of Pat Buchanan: 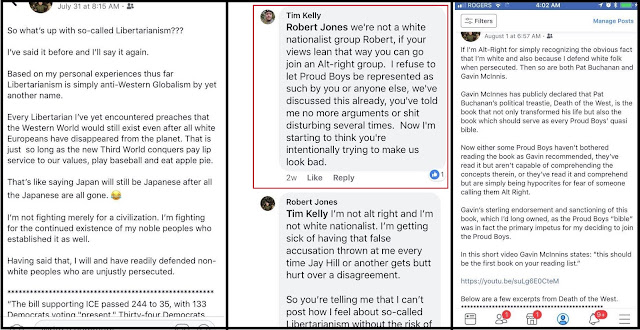 Really Timmy, if you don't wish to be though of as "alt-right" then perhaps you might consider not associating with the likes of Ronny Cameron?

Around the same time, Kelly was asked in a thread why Jones was kicked out of the Proud Boys. While he wasn't specific, he did sort of allude to the reason that I would have anticipated.

Robert Jones is annoying as hell: 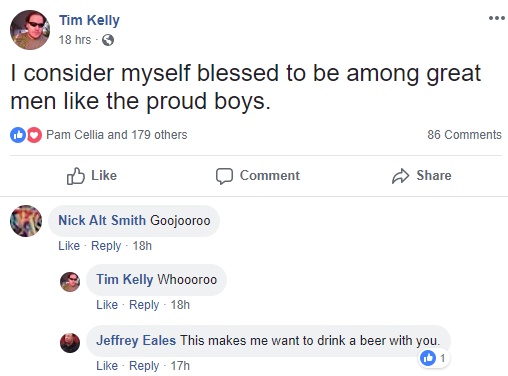 And though ARC did post the initial statement by Proud Boys Canada (full disclosure that I fee ridiculous every single time I write that name), they have a point to add regarding the local club Jones set up: 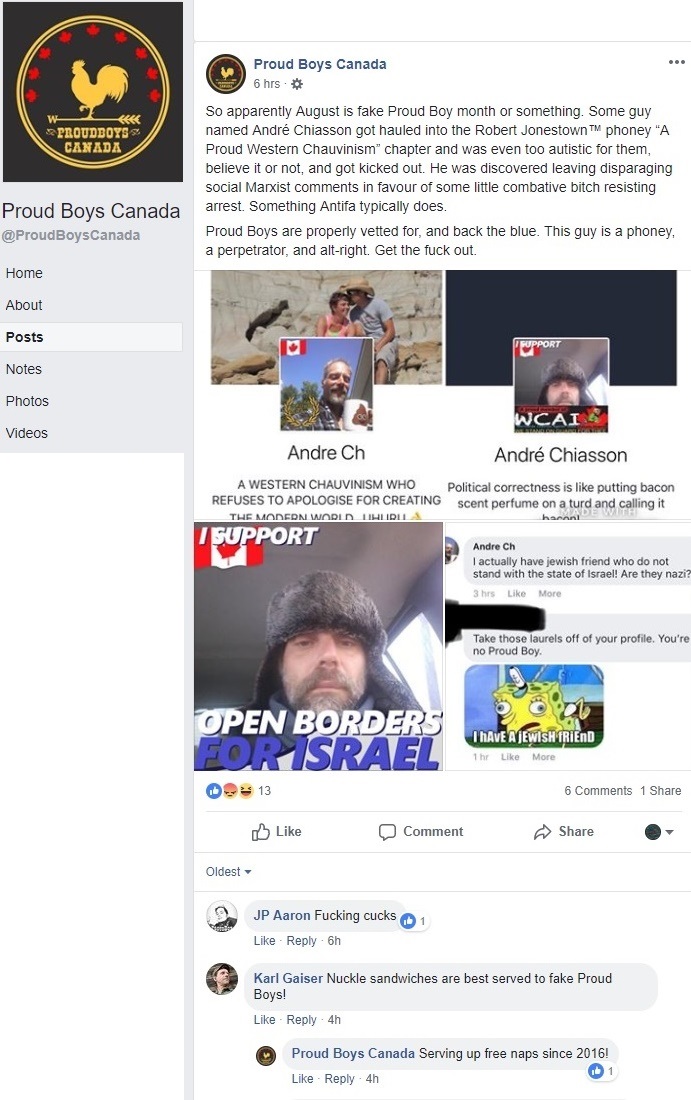 Incidentally, Andre Chaisson is also associated with the Worldwide Coalition Against Islam and is currently trying to set up groups that will engage in campaigns of harassment against Muslims: 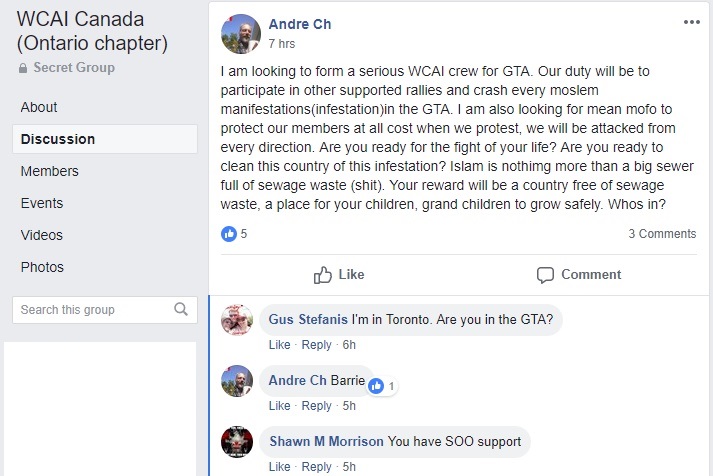 As he often does, Jones decided to wax philosophically about the state of the "patriot" movement in Canada while failing to recognize his own considerable blind spots:

I wrote this to someone else regarding this post.


Aside from his ridiculously grandiose language, this is generally an accurate viewpoint, though given my particular vantage it hardly constitutes an epiphany. ARC comments on the personalities vying for notoriety and "fame" (such that it is) all the time and I think it's clear to anyone not so immersed in these movements that their adherents become delusional about their nature; there's nothing noble about any one of them.

Where Jones fails is that as soon as he got booted from one group, he immediately sought refuge in another. I'm not sure that his epiphany extends to the Northern Guard, at least not until such time as he annoys the hell out of them, starts arguing with someone, then gets the boot. Then he'll be off to the next group.

Honesty, there's something wrong with the man. I've never seen anyone his age with such a desperate need to belong to something.

His blindness is on full display in this post:

I could go into the historical revisionism rife throughout this post, but I would rather comment on his statement that to end slavery would destroy the agrarian economy of the south and that slaves would have been freed eventually as new technologies emerged.

First, I don't care what ending slavery would have done to the economy of the south. evil is evil and I can't think of few things more evil than chattel slavery.

Second, this actually is an admission that much of the American economy was built on the back breaking labor of African-Americans so the claim that "white built the United States" is bull shit.

Finally, and to show just how bankrupt Jones' views are here, let's imagine what his view would be if those slaves were white. Would he be content with waiting a few decades for freedom? Of course he wouldn't.

This post above all I've seen from Robert Jones confirms him as a white supremacist.

This is what Robert Jones views as "patriotism".
Posted by Nosferatu200 at 23:30

Nazi Tears are so delicious.