According to Joey Deluca of the WCAI during an interview with angry raccoons trapped in burlap sack Duke Willis, the racist rally he had been planning for tomorrow will proceed.... without him.

He genuinely looked like he was going to cry when he said this so I added a bit of mood music:


Since his initial complaints about infighting being the cause of the collapse of his planned rally, Joey has decided to try and change history and is now claiming he cancelled it out of respect for the Bollywood Film Fair that had been scheduled for that day as suggested by one of his Facebook supporters: 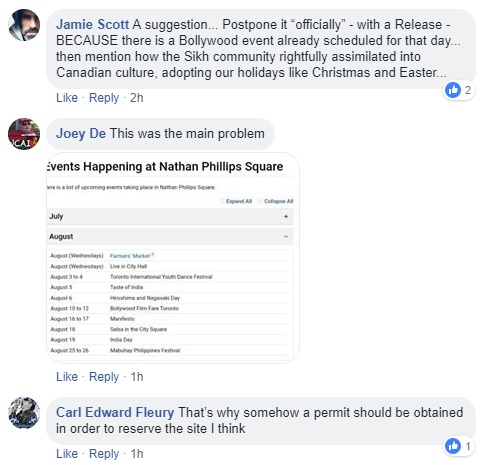 As such he has removed the original rationale and posted the following: 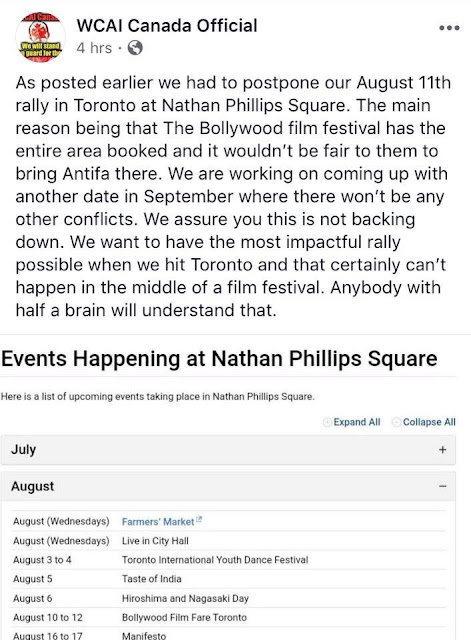 The funny thing of course is that (a) ARC and others knew about this potential scheduling conflict about a month ago and (b) we know that the Bollywood event has actually been cancelled.

However prior to posting this new rationale, Joey had been providing a very different reason for cancelling.... I mean postponing, the rally. First in a Facebook Live discussion with Sandra Solomon during a little after noon:


And then the interview with Willis later in the evening:


But then it's clear that Joey doesn't know the first thing about planning the massive rally that he envisions. We saw this in Calgary last June and in Vancouver last August. It is also clear that he doesn't have a clue what it takes to set it up in the country's largest city either:


But even when he tries to change the reason for cancelling the march, his resentment towards Meir Weinstein who he blames for his rally's failure remains crystal clear:

He eventually suggests a purge of the "patriot" movement of those whose purity is in question (basically meaning people who have criticized him) resulting in a long-winded speech by Angry McBeard:


The resentment concerning Weinstein's role in the collapse of the rally continued on Facebook as well: 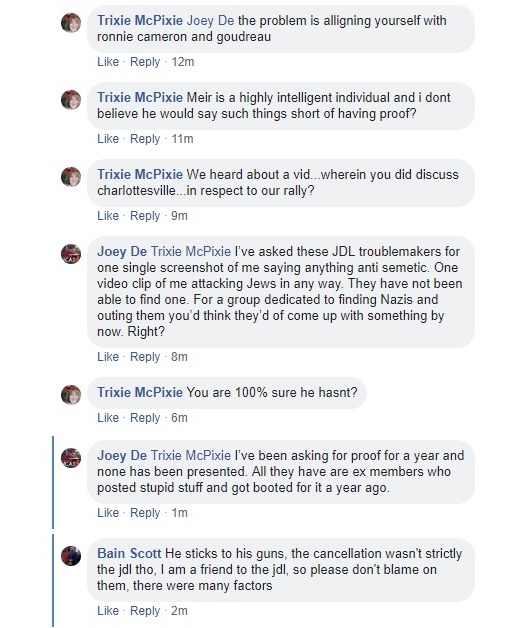 Deluca's response to "Trixie" is one that he has posted before but still remains as disgusting as it was the first time he wrote it: 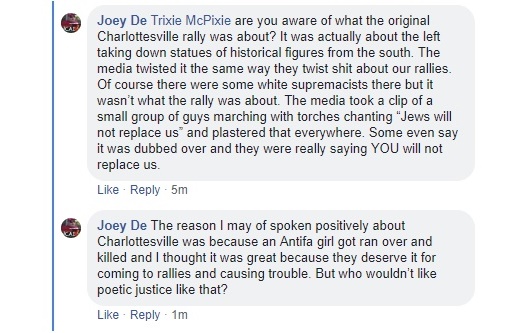 Who wouldn't like seeing the murder of another human being simply for opposing white supremacists?

I guess then that it shouldn't be surprising that Deluca, who doesn't appear to have any empathy, would try to use the deaths of two young women in Toronto in a cynical effort to make himself look good.

In denying that the date or the torch imagery had anything to do with Charlottesville, in the second of the two following video excerpts Deluca actually tries to suggest that the torch march would have been to honour the two young women murdered in the Danforth shooting:


The torch march idea never had anything to do with honoring the "spirit" of the two girls who were murdered. It was always about the WCAI making the news.

You know, I never thought it would be possible to hold Joey Deluca in greater contempt than I already did.... but here we are. 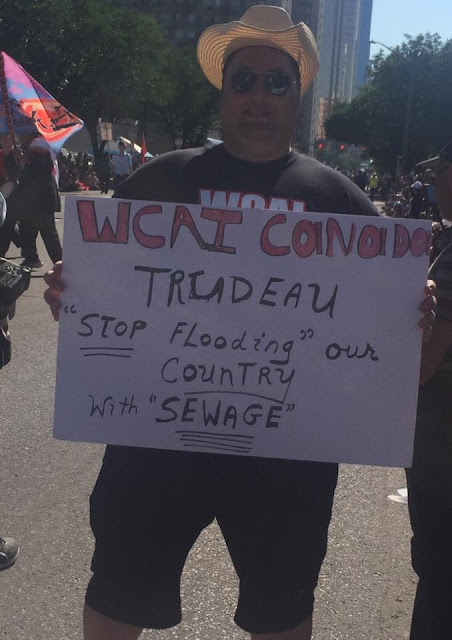