Joey DeLuca and Jesse Wielenga of WCAI have been in the news as a result of their plans to hold a rally in Vancouver along with the Cultural Action Party and Soldiers of Odin: 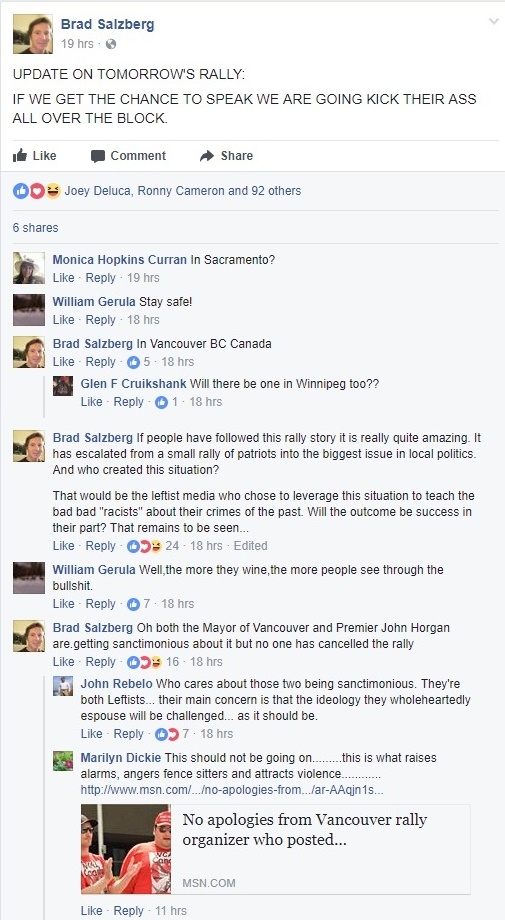 The media coverage has focused in part on the hypocrisy of Deluca claiming to be a "law and order" advocate despite a long criminal record himself as well as their claims to not be racist even though the vice-president promotes neo-Nazi views.

Joey has responded in his usual bellicose manner: 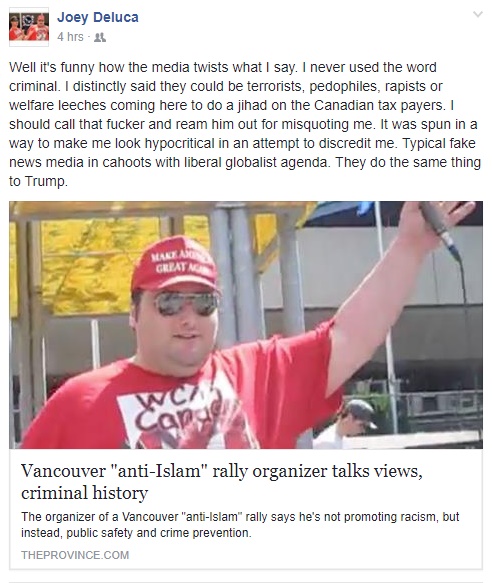 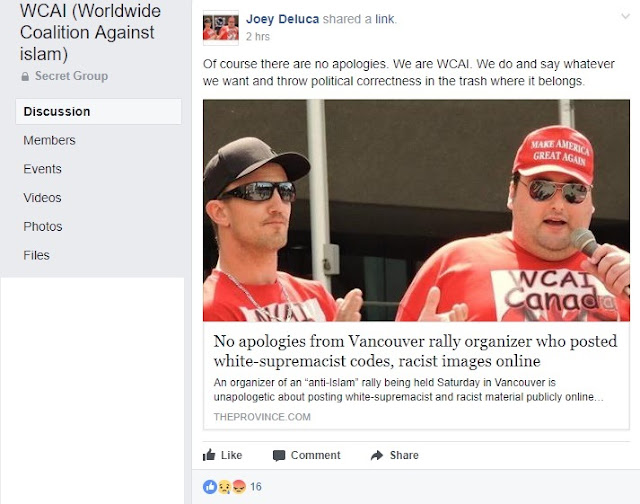 They do and say what they want, eh?

The crowd at the counter-protest at #cityhall pic.twitter.com/HSusLrfWRK
— Tina Lovgreen (@tinalovgreen) August 19, 2017

Sounds like more of a party than a protest. Listen: pic.twitter.com/uzuWjstHpC
— Tina Lovgreen (@tinalovgreen) August 19, 2017

Well, suddenly they aren't so brave: 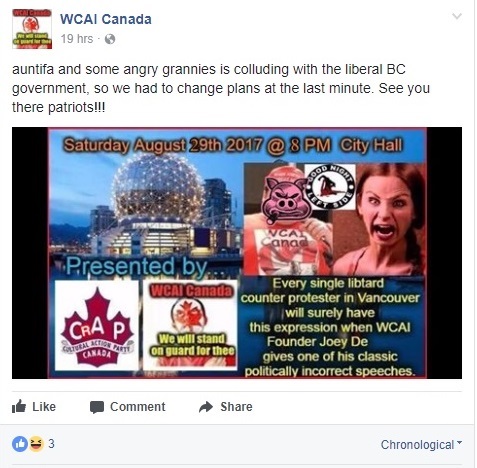 Yes, the screen shot above is likely from a parody site, but it's still funny.

More to come, but for now suffice it to say thank you Vancouver!
Posted by Nosferatu200 at 17:18