While the anti-Muslim/anti-Government rallies held on June 3 were mostly unsuccessful across the country, the event in Calgary was an exception as it managed to attract close to 100 people. One of the distinguishing features of this rally was the presence of III% Alberta members who claimed to be acting as security, some of whom were armed with stun canes: 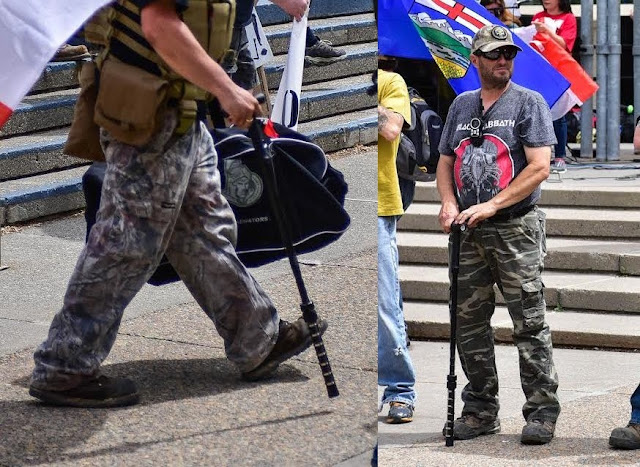 The III% militia has also provided "security" at other venues including Toronto where some of their members were involved in assaults on a journalist and counter protesters. More recently in Hamilton where they helped to provoke conflict. In response to the latter incident as well as to the tragedy in Charlottesville, a Hamilton city councilor is working to ban outside groups security at future rallies and protests on city property. This doesn't preclude III% militia members from being involved in protests, only that they can not claim that they are present in an official capacity, however the thought of not being able to walk around in airsoft gear is really rustling some III% jimmies.

ARC has written about the III% militia several times at this point, including the posting of an article while I was away bursting into flame enjoying the sun on my vacation. At the time the head of the III% Alberta militia made the following comment: 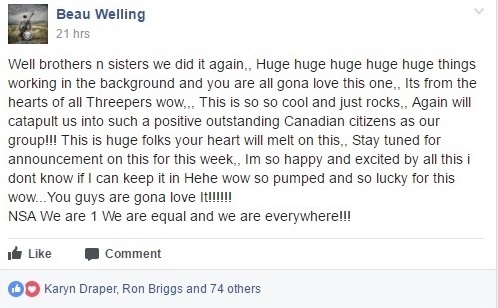 At the time I wasn't really sure what the "huge x5" thing(s) Welling was going on about and since I was heading out of the country I wasn't going to find out any time soon. A friend was keeping tabs on them however and I found this waiting for me on my return:

Yeah.... this strikes me as a bit concerning if even remotely true.

So a group that provides "security" for anti-Muslim protests and rallies is going to manage and provide "security:" for housing aimed at folks in recovery programs and leaving prison? That alone strikes this writer as a horrible idea. Add this to the fact that their potential clientele may very well be a diverse group and include groups, First Nations, Sikhs, and Muslim-Canadians for example, vilified by the III% militia: 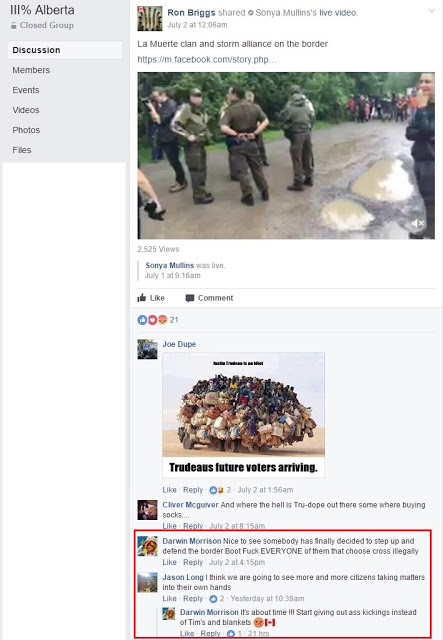 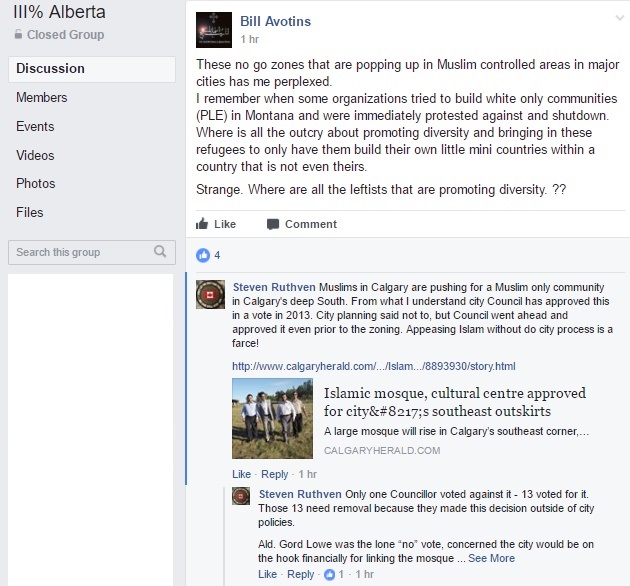 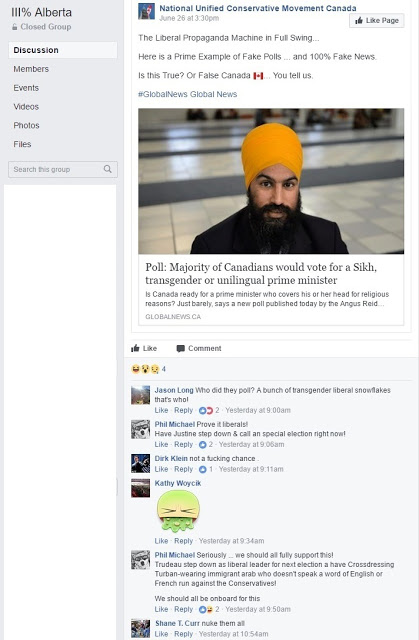 Mack Lamoureux published a fantastic article focused on the III% Alberta militia two months ago yesterday. This part is relevant in understanding the paranoid mindset of the group:


Anti-Islam sentiment is the beating heart of III% Alberta. This worldview unites the group online and is/has been assuredly the driving force of recruitment. In the closed group, posts have been made about wiping all the Muslims off the earth, and there is frequent use of dehumanizing terms like "goat fucker" to describe the religious group. Welling once posted that all Muslims are guilty by association and "fuck the moderate Muslims." Another post by a member, referring to a debunked story about Syrian youths in a Red Deer high school, indicated that they should round up Syrian children "like animals."

What could possibly go wrong?
Posted by Nosferatu200 at 02:21