In Montreal, around 200 people protested against the Neo-Nazis and Ku Klux Klan sympathizers who planned to stage one of the largest supremacist rallies in recent U.S. history in Charlottesville, VA.

Over the weekend, the events in Virginia denigrated into violent clashes between white nationalists and civil rights activists.
....
Many people held signs and some held photos of Heather Heyer, a 32-year-old woman killed on Saturday after she was rammed by a car amid the protests.

Heyer was a civil rights activist, in attendance to counterprotest the white nationalists who converged on the Virginia college town to demand the city keep a statue honouring a Confederate war hero.

Earlier, I had reported on an incident that had occurred in which a truck struck a protester. While it was certainly upsetting in the wake of the tragedy in Charlottesville on Saturday, it turned out not to be a copycat but was instead just your run-of-the-mill impatient idiot driver:

Update: There was no copycat attack in Montreal. An asshole driver pushed a pickup through a group of demonstrators. Here’s what we know.
— Evan Balgord (@ebalgord) August 14, 2017

But this incident raises the question: Why do drivers in MTL think it's okay to try to push through groups of demonstrators? Very unsafe.
— Evan Balgord (@ebalgord) August 14, 2017 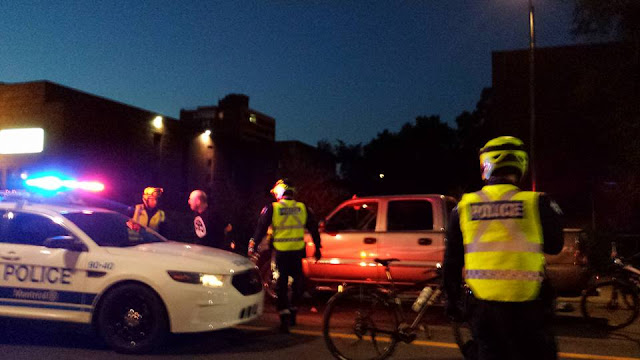 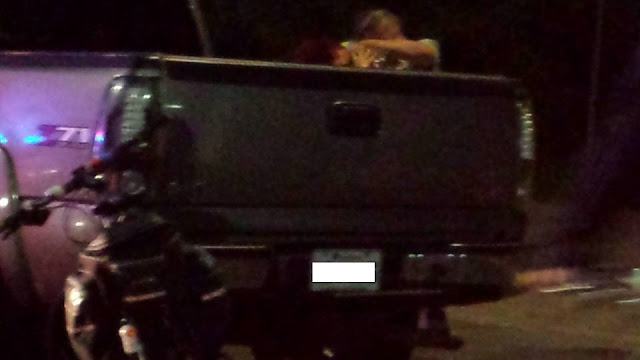 Thankfully it seems that the person who was struck, an independent journalist with 99%Media, was not seriously injured.
Posted by Nosferatu200 at 20:18