I imagine that many of ARC's readers have been following the White Supremacist rally in Charlottesville, VA as well as the large counter protest opposing them. The anti-fascists, anti-racists, and faith groups, and others faced off against bigots who, in many cases, were armed. There were a number of people injured and at least one counter protester was killed when a car driven by an "alt-right" supporter and plowed into a large group: 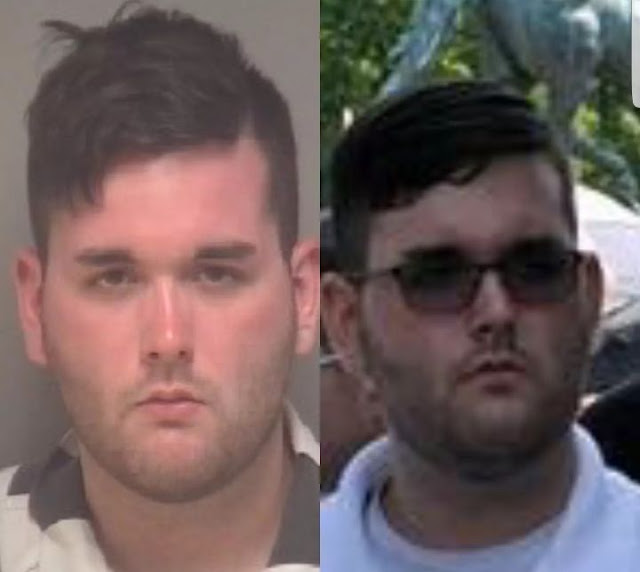 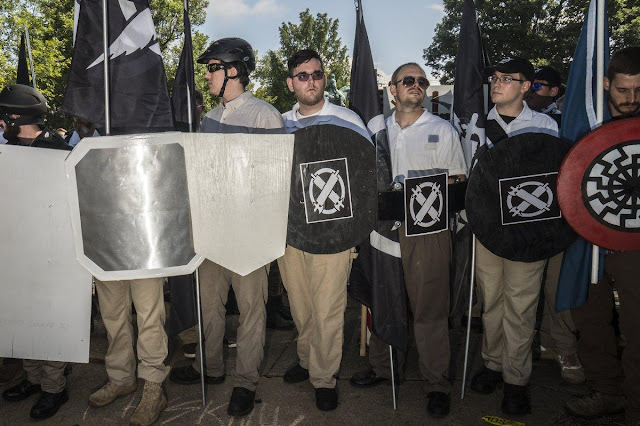 The racist rally was also being followed by many of those ARC has covered here on the blog, including Devon Mannix (formerly of the CAP) who celebrated the events of yesterday evening and today, alluding to the rise of Hitler: 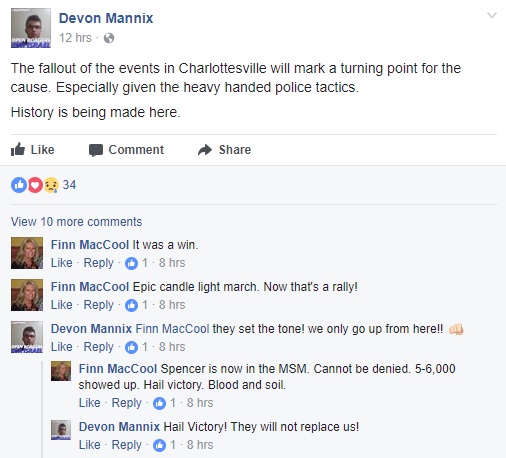 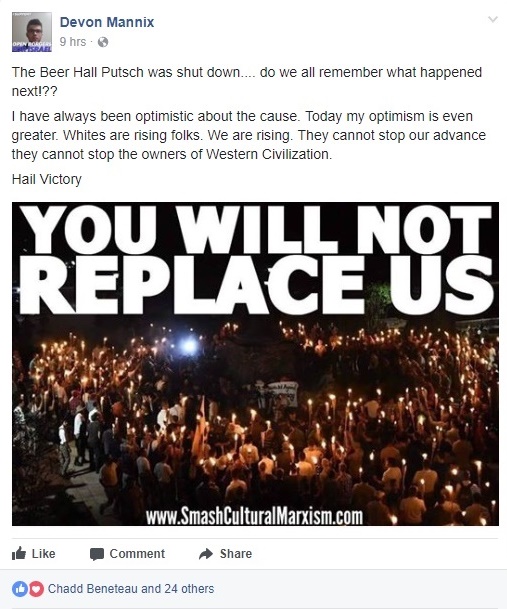 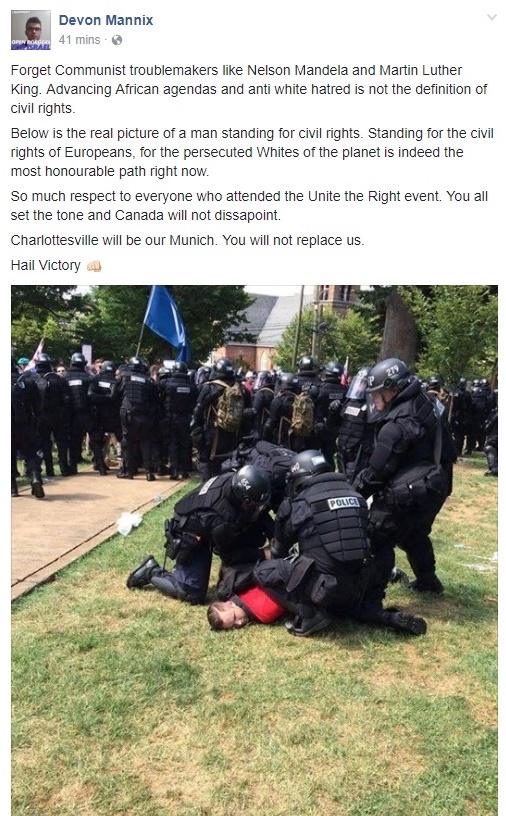 Others, including III% Alberta, posted variations of the following: 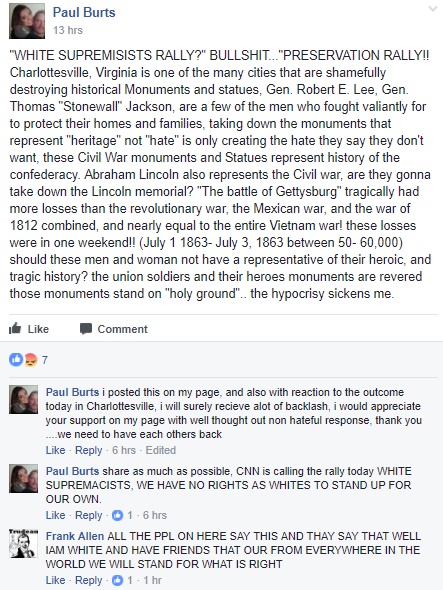 The response to the the news that a woman was killed by a supporter of the White Supremacists was especially loathsome. Interestingly, one of the individuals who caught the horrible event on film was "The Rebel's" Faith Goldy who herself harbors, at the minimum, White Nationalist sympathies:

Holy fuck. In the middle of some Nazi's livestream about how the left is not tolerant a driver ploughs through Charlottesville counter-demo. pic.twitter.com/7D25YjZGBV
— Keegan Stephan (@KeeganNYC) August 12, 2017

Much like what occurred in Quebec City when a Canadian alt-right Trump supporter murdered six Muslim men as they prayed, there was an attempt to claim that the suspect was in fact an "antifa" member. Those who made the claim, such as III% Alberta members, used fake websites as evidence: 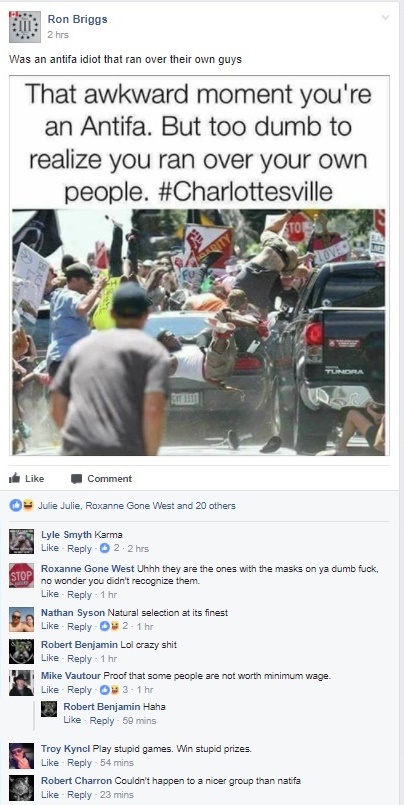 But those who accepted that it was one of their own who is suspected in the attack, such WCAI president Joey DeLuca and his vice-president Jesse Wielenga, Goudreau, and Ronny Cameron, celebrated and/or made jokes: 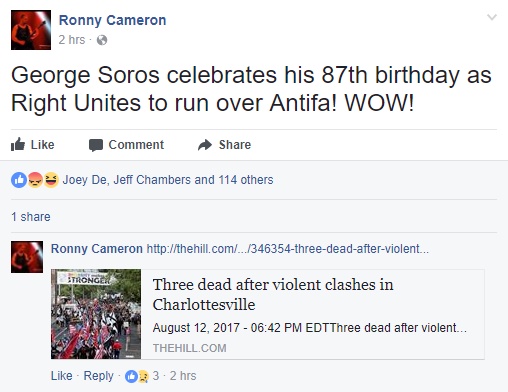 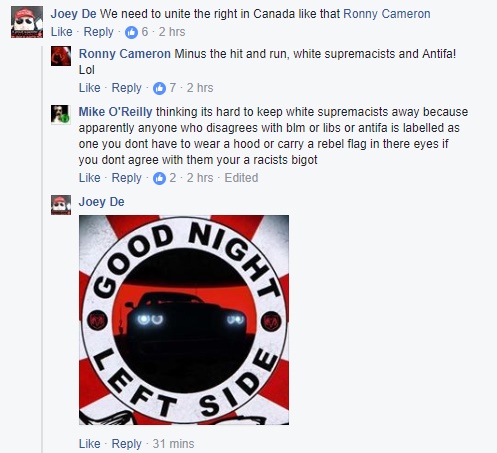 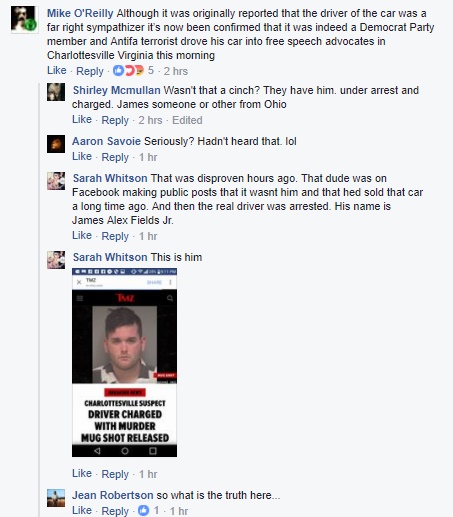 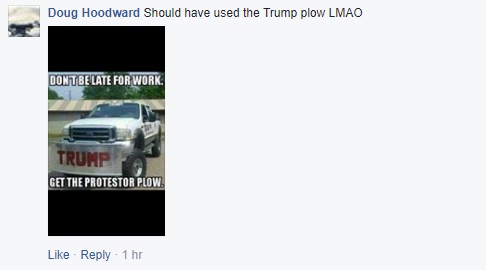 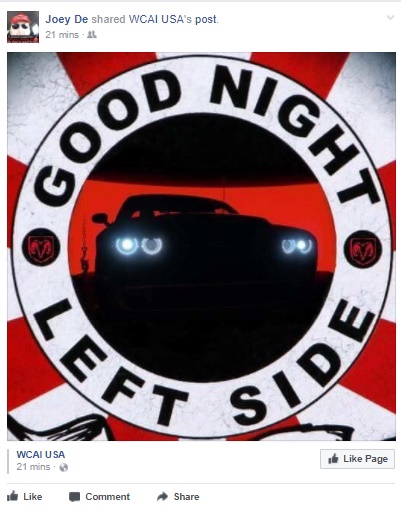 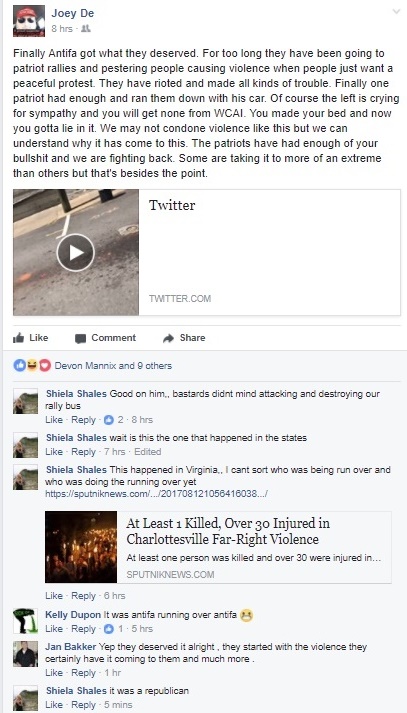 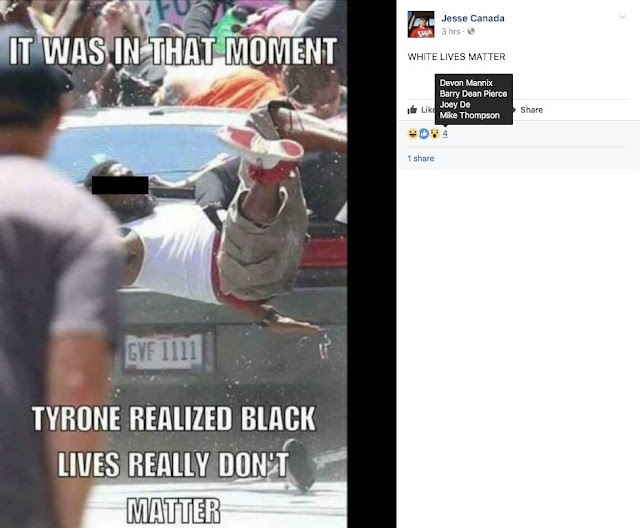 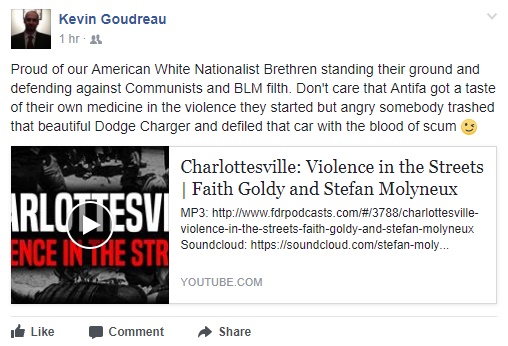 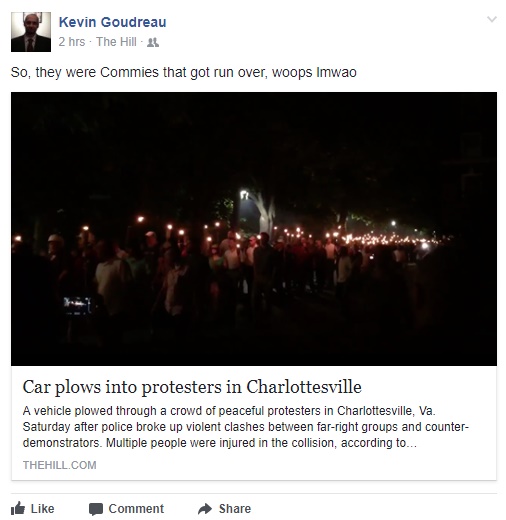 Jesse Wielenga, vice-president of the WCAI, posted the following video in which he at first urged others to run down protesters before laughing and suggesting he would never advocate harming people (with more than a wink and a nudge):

On the other hand, Meir Weinstein is SHOCKED that Nazis would appear at a White Supremacist rally: 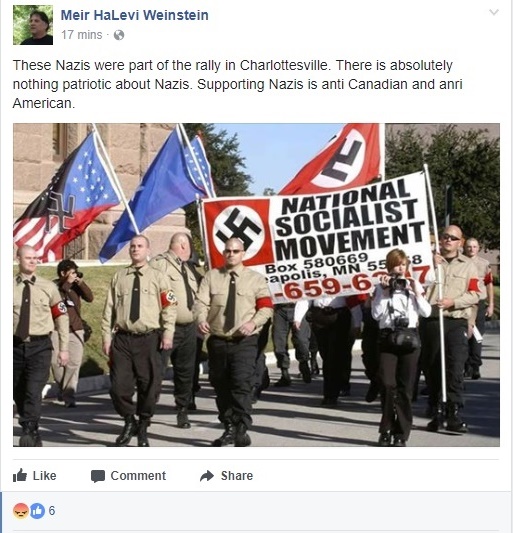 And yet the people and groups Meir has gotten into bed with are big supporters of the White Supremacists.

You get into bed with dogs, don't complain when you get fleas.

I do however appreciate how all of these cretins continue to show their true colors.
Posted by Nosferatu200 at 00:52