While the tragedy in Virginia and association with the "alt-right" appears to be the straw that broke the camel's back, Lilley suggests that this was a process that began some time ago. He posted the following on Facebook:

Earlier Ezra Levant attempted some damage control by disavowing any connection to the "alt-right." His rather infamous correspondent tried to as well: 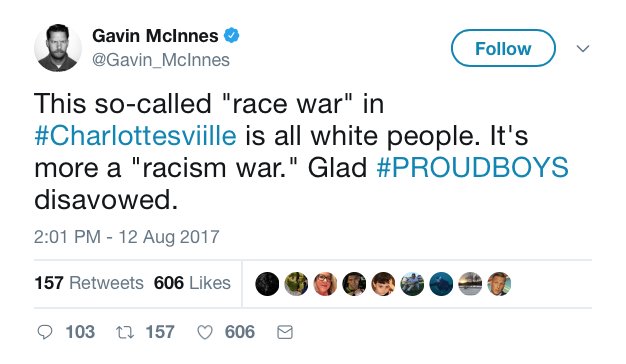 I suppose then that this is rather inconvenient: 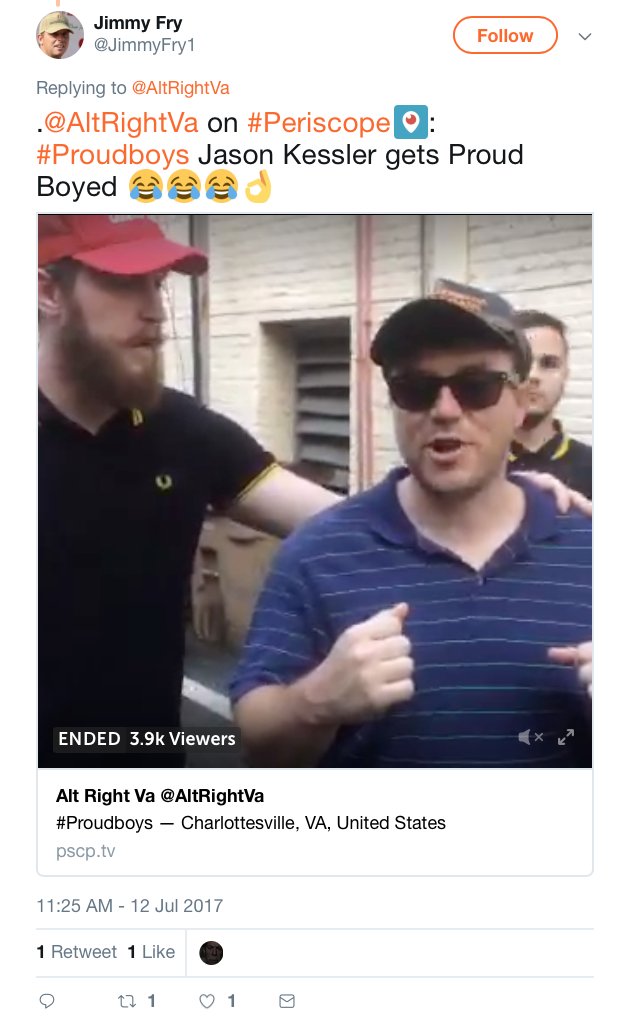 And as with McInnes' failed effort, Levant's attempt to distance himself from the beast he helped to promote has also gone down like a lead balloon:


A leadership candidate for Alberta's United Conservative Party is calling on other candidates to condemn Rebel Media for its coverage of the deadly clash between anti-racism activists and neo-Nazis in Charlottesville, Va. on the weekend.

Doug Schweitzer, facing a tough battle against leadership frontrunners Jason Kenney and Brian Jean, took to Twitter on Saturday to accuse the right-wing media outlet of defending the white supremacists during its coverage of the violence.....Just before the fatal collision, Rebel personality Faith Goldy was livestreaming from the scene and condemning authorities for allowing counter protesters to rally, after they declared the white supremacist march an illegal gathering.

Speaking of Goldy, posts such as these probably don't help Levant's argument:


"The JQ" is the Jewish Question, a term one of the "alt-right's" heroes seems to have had an answer to.

Just goes to show, everyone has their limits of how much hatred and racism they can take. He's right about Rebel going off the rails (assuming they were ever on the rails). Lilley's resignation says something about the direction chosen by the alt right propaganda mill he helped to create. I hope he has learned something and will go on to do better things.

Thank you for monitoring and publishing the activities of the alt-Reicht.

An old 17 minute film from the archives,

It's not just the alt-Reicht that's working the divides,

Brian Lilly is the second Rebel to leave, Lauren Southern saw the writing on the walk and nailed earlier.

Hopefully this is a wake up call for the rebel and its fans.