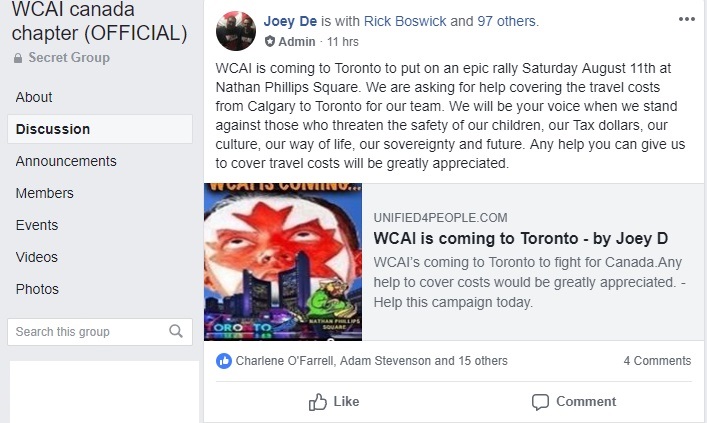 It looks like Joey Deluca and some other members of the Worldwide Coalition Against Islam (WCAI) are indeed planning on leaving the warm comforts of their Calgary home and traveling to the big, bad, city of Toronto the Good to hold a rally in Nathan Phillips Square on August 11. ARC had mentioned this plan in an earlier article as well as Joey's efforts to fund the venture: 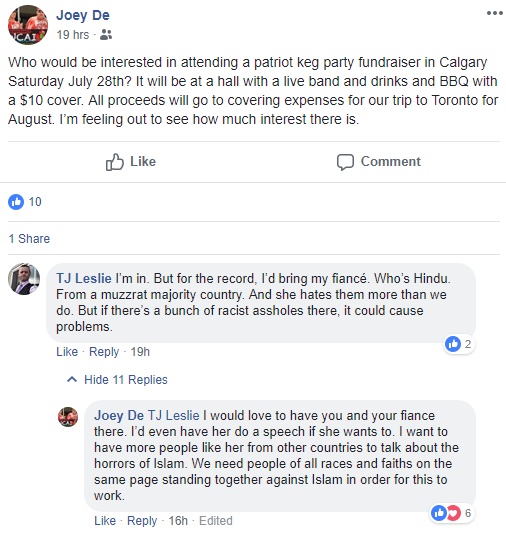 This past Saturday Joey had his BBQ which was attended by a who's who of the Calgary racist scene:


Okay, I guess only the Soldiers of Odin (SoO) who keep telling us all they aren't racists: 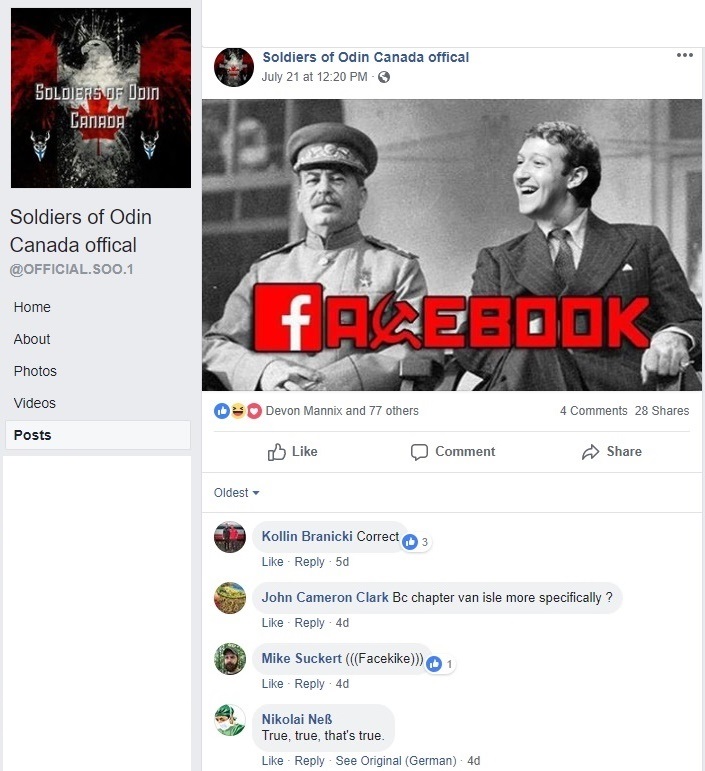 Now I'll admit that there may be more individuals who attended Joey's fundraiser than appear in the video, but as I only counted around 17 people, at only a $10 cover less expenses, I'm not quite sure how much he would have raised from this effort.

He also promised a band like as failed MEGA Patriot Rally last June, I don't see no band.

Might I add that Joey has a bit of a scatological obsession. I know he thinks that constantly referring to immigrants, refugees, and other minorities as "sewage" makes him seem anti-pc..... 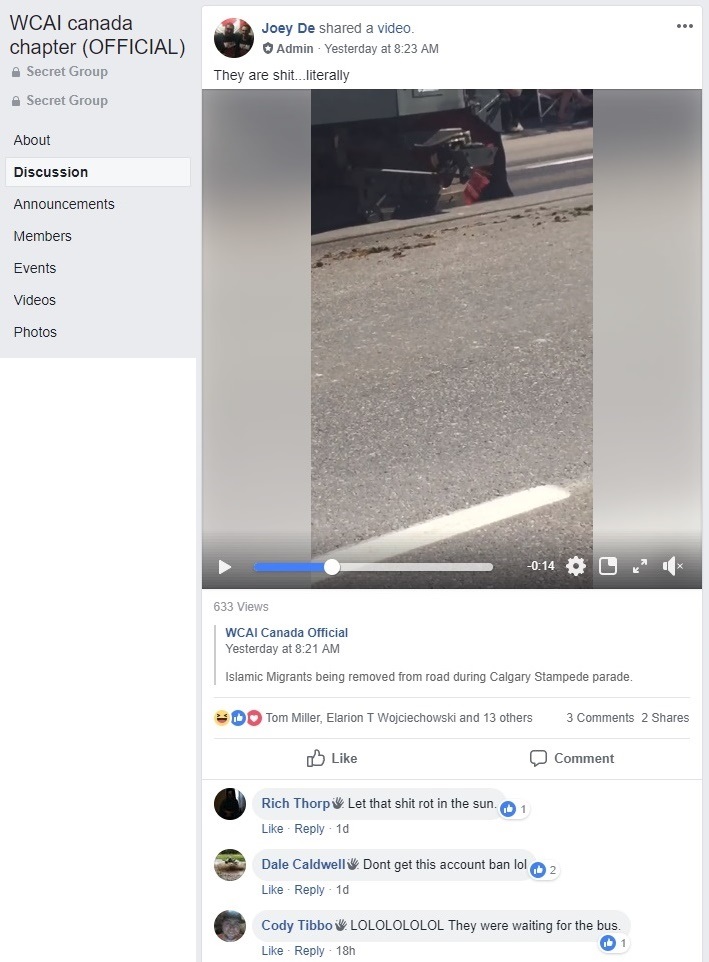 .... but I'm starting to wonder if there's some sort of fetish involved at this point.

Hey, I'm not going to judge anyone's kink. You do you man.

In any case, it does appear that the usual suspects plan on showing up for Joey's rally. For example: 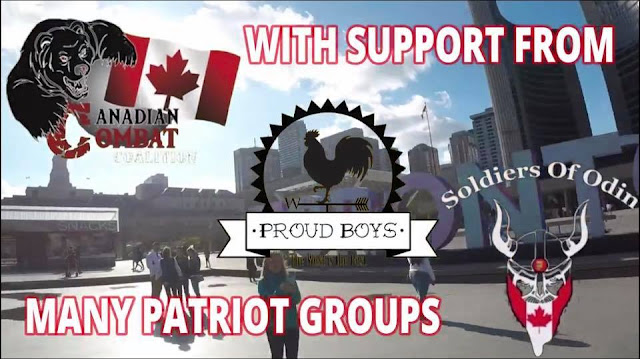 We have a moderator of the Northern Guard whose video I edited for length and dickishness:


There's Kevin Goudreau who has finally found a kindred spirit in the WCAI: 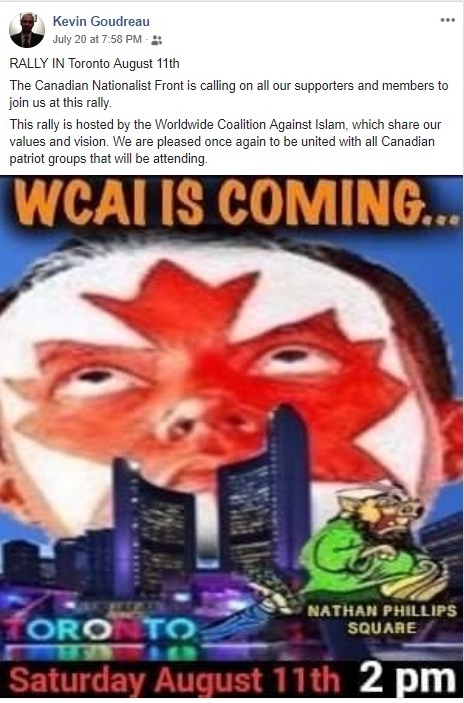 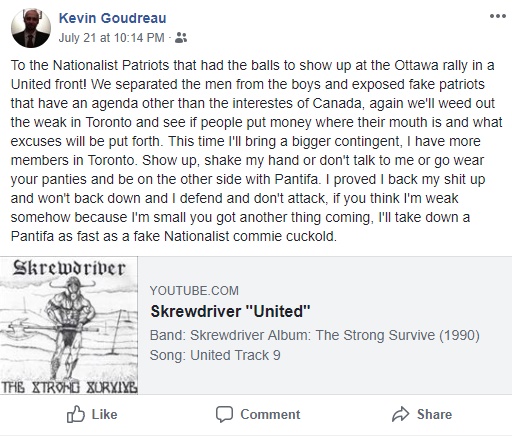 And of course the Proud Boys: 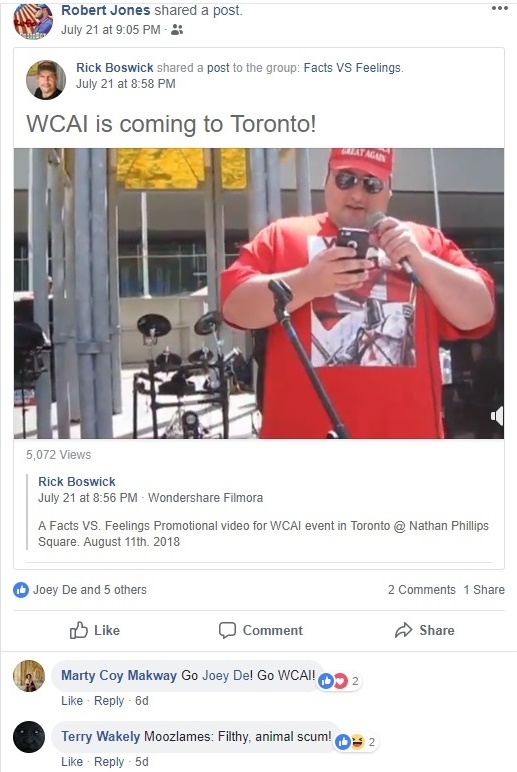 In fact there's a rather lengthy exchange on Robert Jones' profile in which a number of hate groups commit to putting aside their differences and join together in mutually hating a single distinct group. They also make it pretty clear that they are looking to initiate a physical confrontation with counter-protesters: 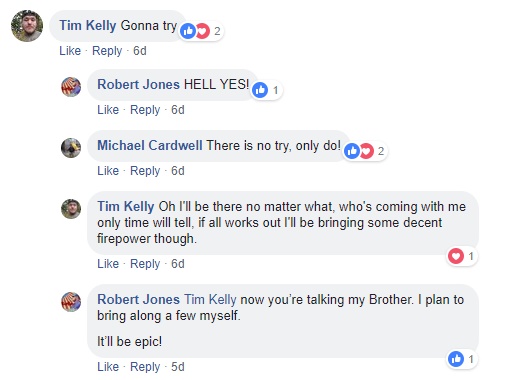 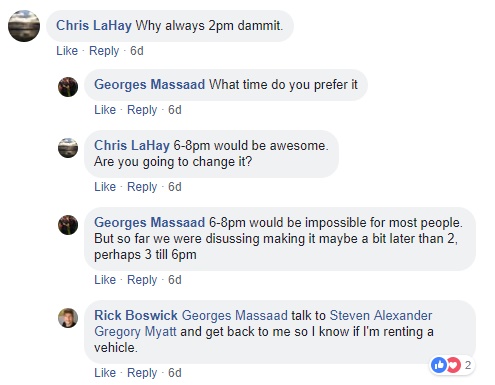 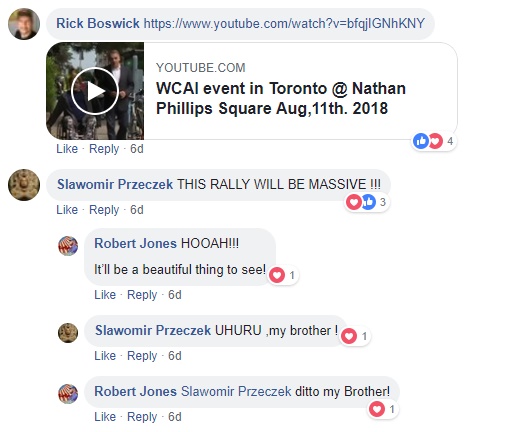 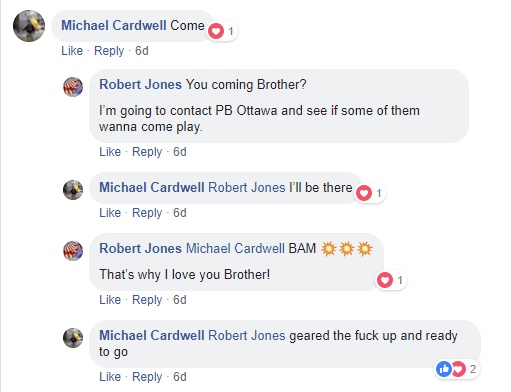 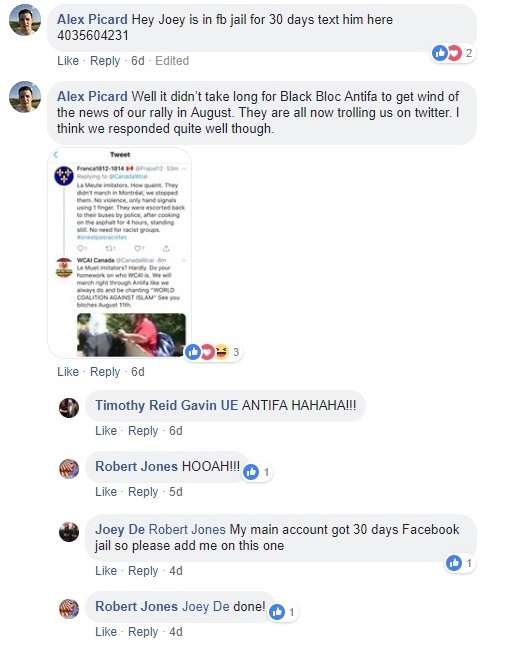 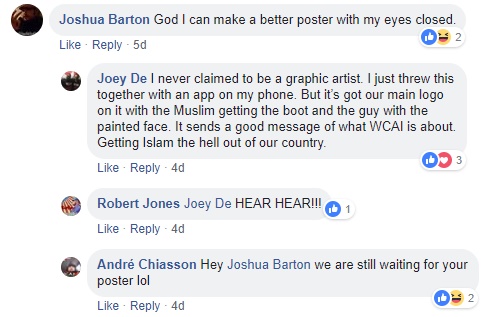 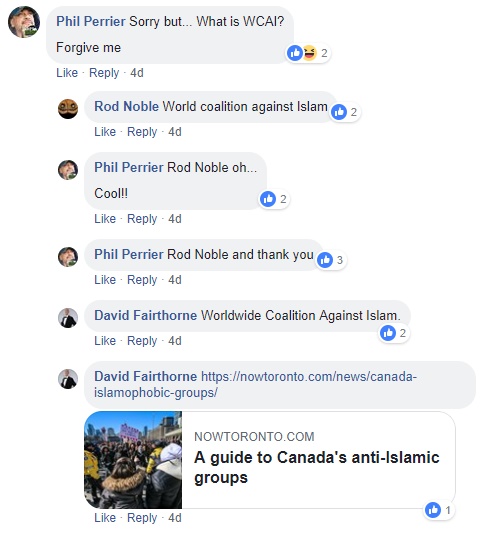 Though I guess their willingness to work together only goes so far: 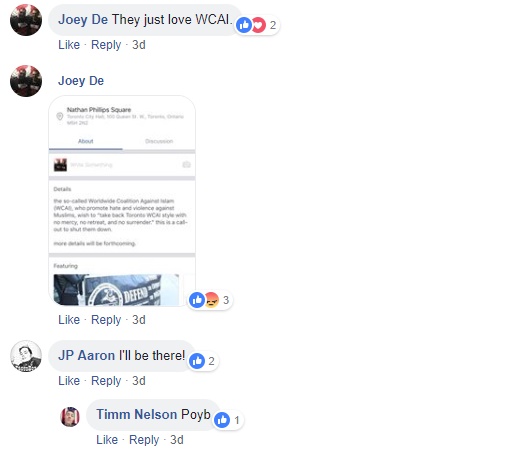 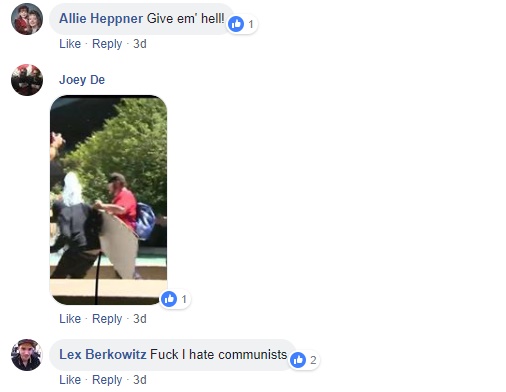 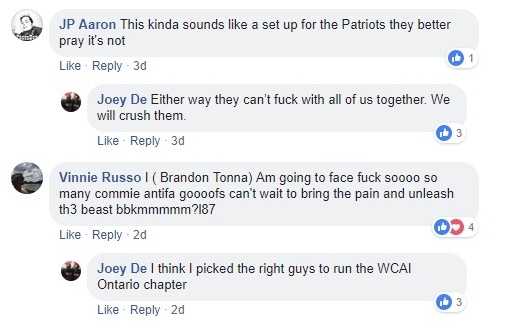 I guess Joey and Ryan are no longer besties.

I'll have more on this event in another article.
Posted by Nosferatu200 at 00:11

Hilarious, the best he could muster was less than 2 dozen dimwits. This is after a year or more building his organization. I could get more in a room holding a "who likes pudding" sign.
You go Joey, your the man.