They Really Just Can't Get Along: Ronny Cameron, Kevin "No Show" Goudreau, Robert Jones, and the Proud Boys

I suspect that all of this is in part a fallout from the failed WCAI rally in Toronto last Saturday. If there is any consolation for members of the Canadian far-right, they aren't the only ones having a lousy time:


In fact it isn't even the WCAI failure that should be blamed at all. These people are toxic in general and since familiarity breeds contempt the more they associate with each other the more they come to despise each other as well.

For example, here Ronny Cameron modestly proclaims himself King of the Canadian Alt-Right.

Not that it is a burden he wishes to bare. Oh no, he would much rather someone else take up the mantel but sometimes greatness is thrust upon individuals who rise to greatness. You know, like Moses, George Washington, and Happy Gilmore: 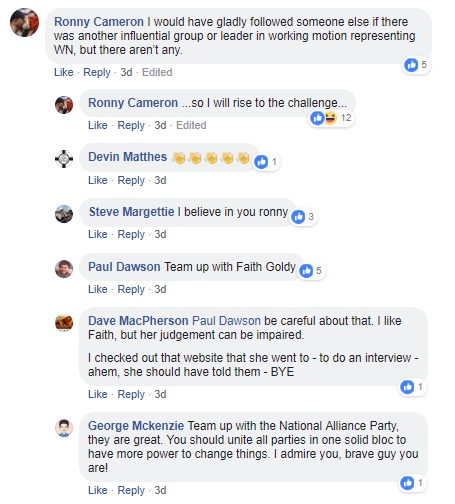 Yeah, it's all a bit melodramatic and patently ridiculous. Though I'm not inclined to think of Ronny Cameron as being the voice of white nationalism in Canada anyways, it isn't exactly the honor he seems to believe it is. Honestly, winning a hot dog eating contest would garner greater awe and respect.

Still, there are those who aren't happy to have Cameron usurp this particular status since they believe themselves to be the voice of white nationalism: 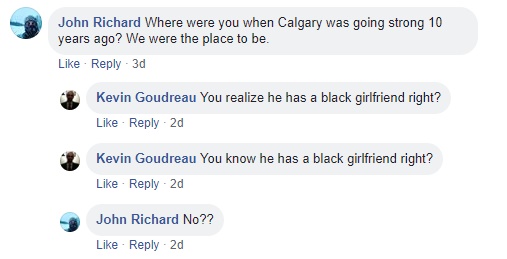 Ladies and gentlemen, I give you the saddest fucking online argument you've seen this year:

This.... this is just so.... beautiful!
Former Soldiers of Odin spokesperson and now III% milita member Mike Montague continues laying into "No Show" Goudreau later in the thread: 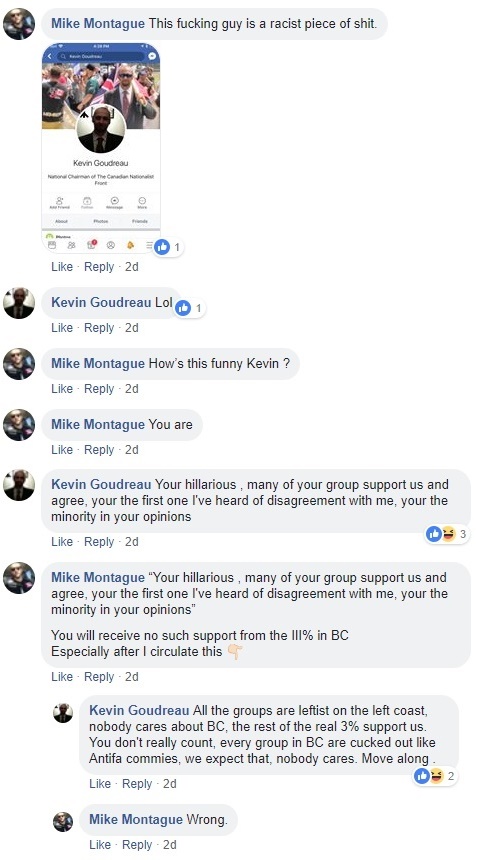 Even the dolts in the Northern Guard couldn't help observing how unseemly all this was while also noting that they are pissed off at Cameron: 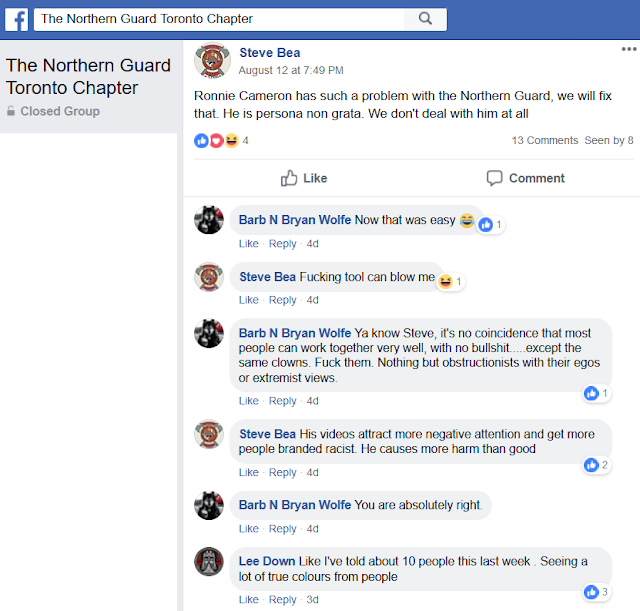 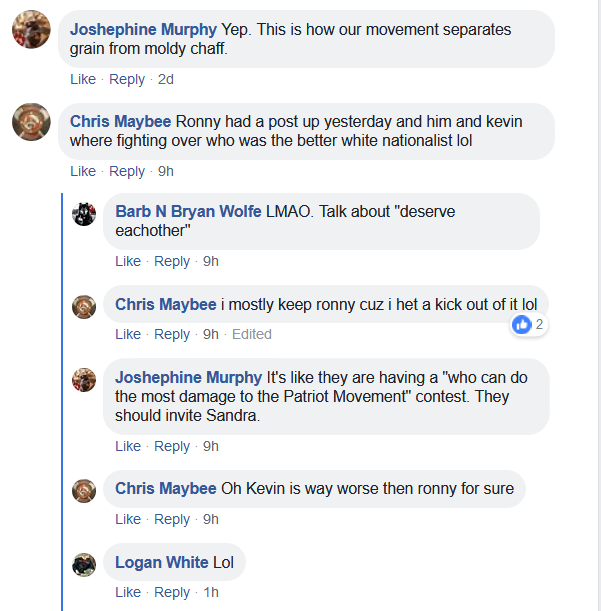 Moving on to the Proud Boys, it would appear that a certain someone has lost his status withing the alt-right frat club:

And Robert Jones, who doesn't seem to have much else going for him in is life, is sad: 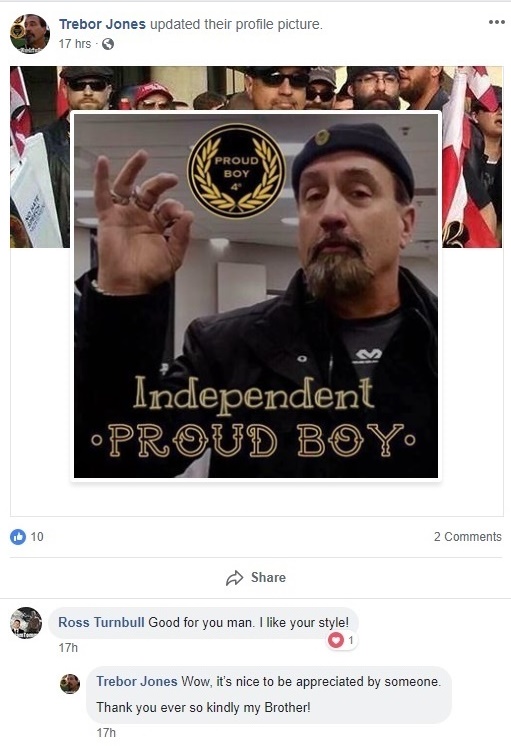 This actually isn't the first time Jones was kicked out of the He-Man Woman Hater's Club. Back at the end of May he also found himself on the outs and was even more of a sad sack at that time, though I suppose the PBs might have felt sorry for him and eventually let him back in: 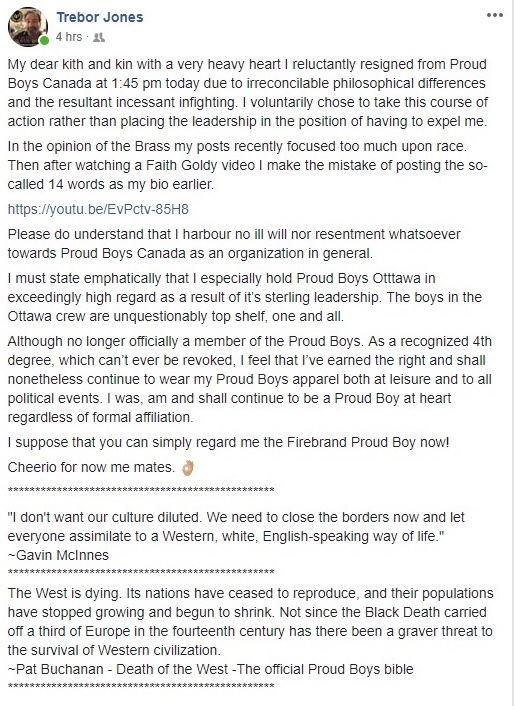 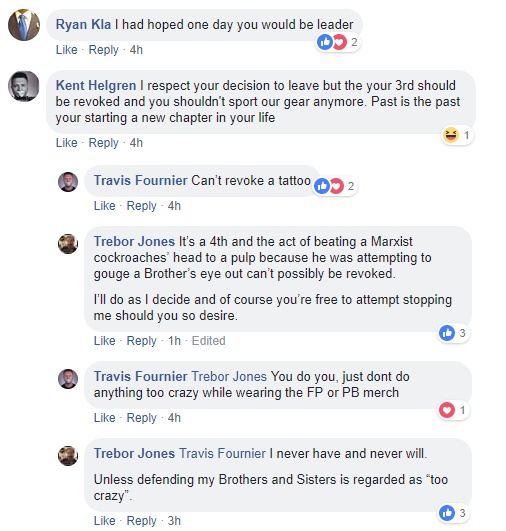 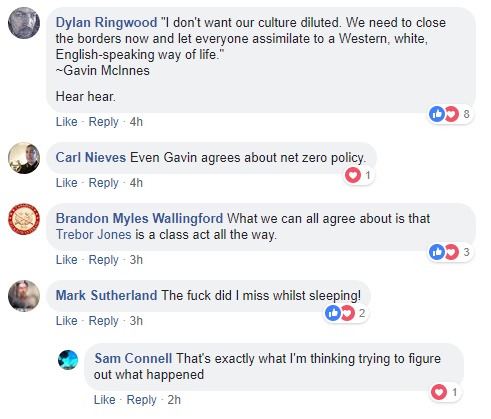 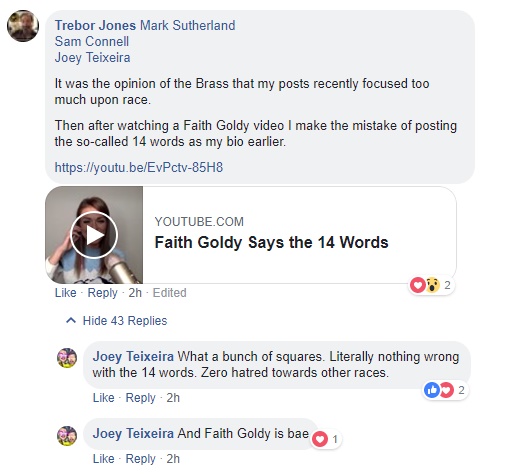 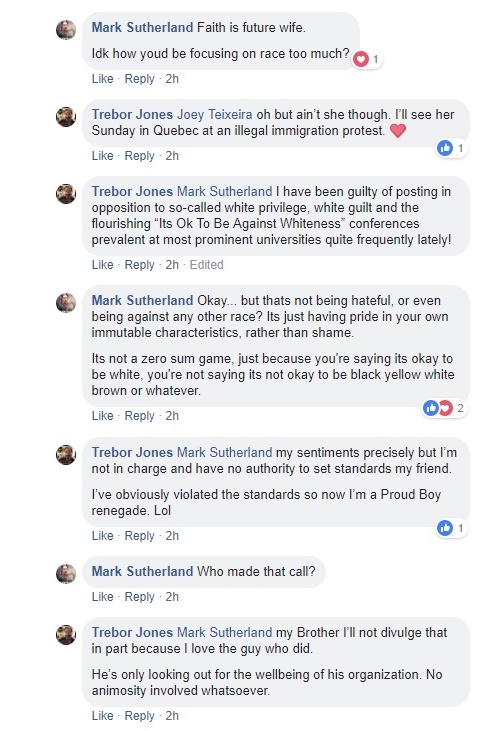 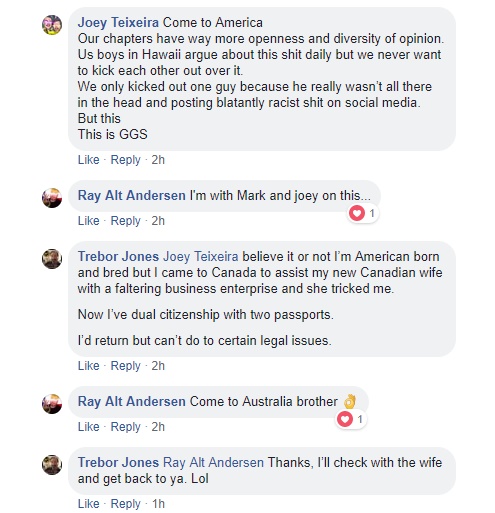 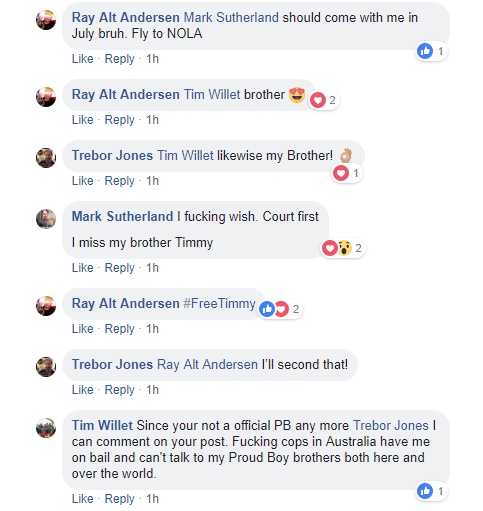 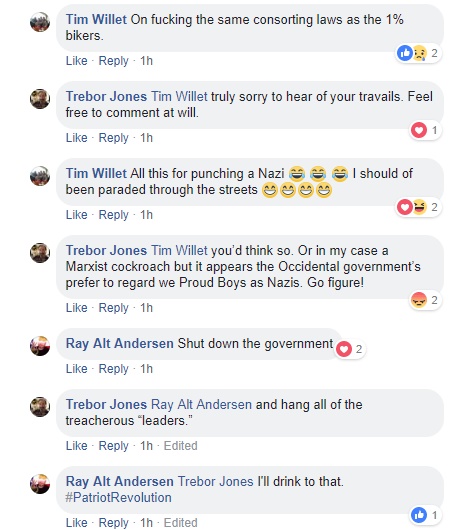 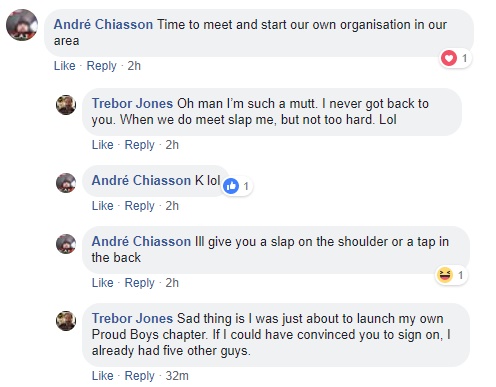 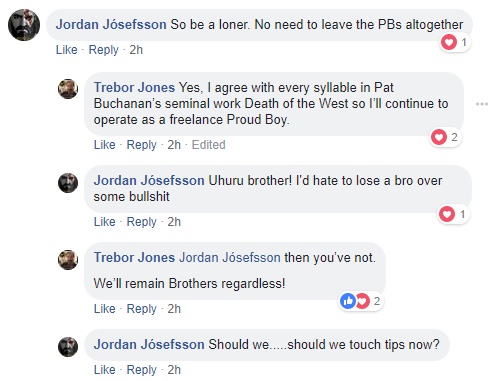 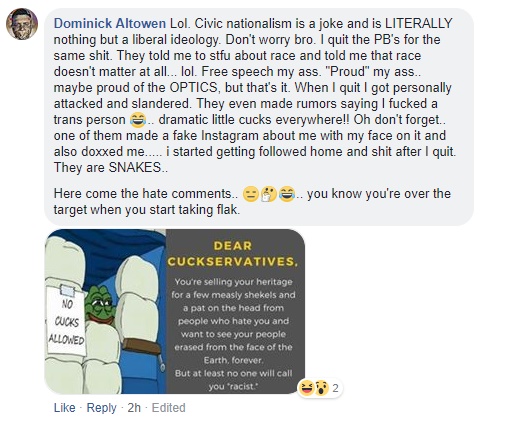 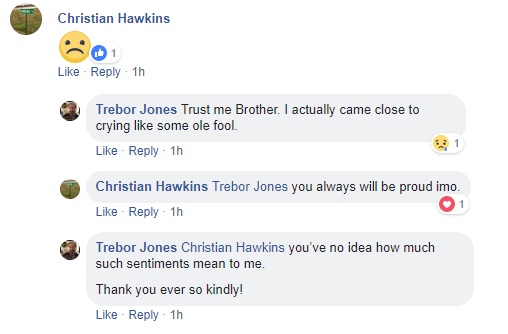 Now, on the off chance you start to feel sorry for Jones, let me remind you again why he is trash: 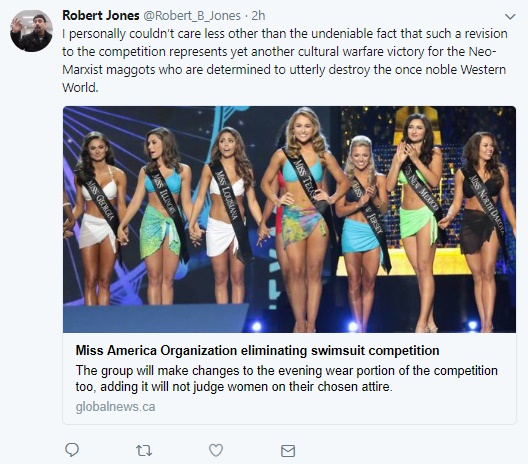 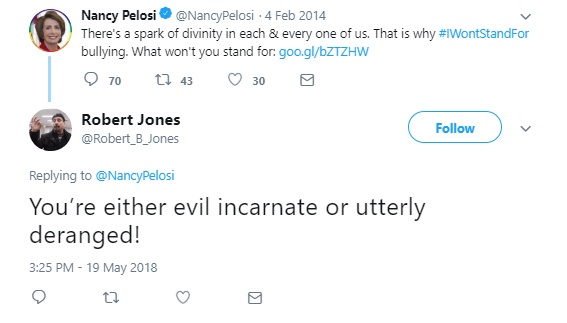 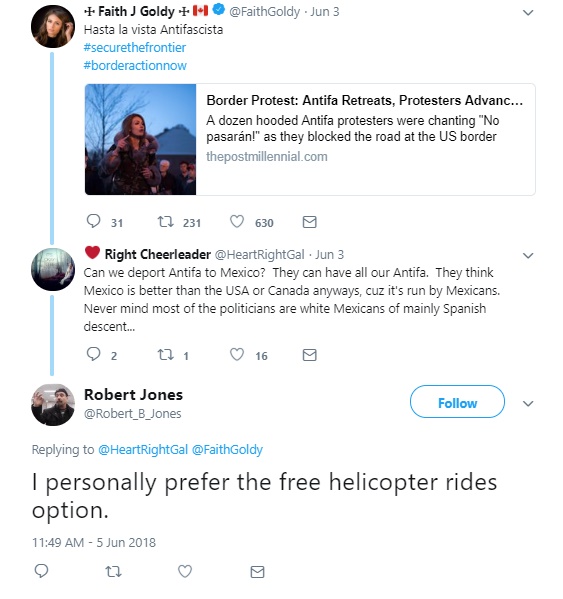 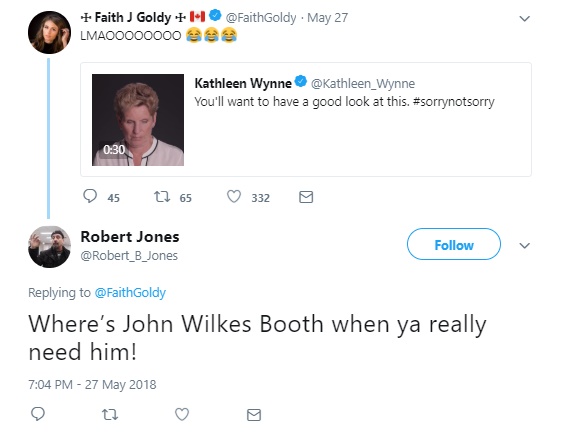 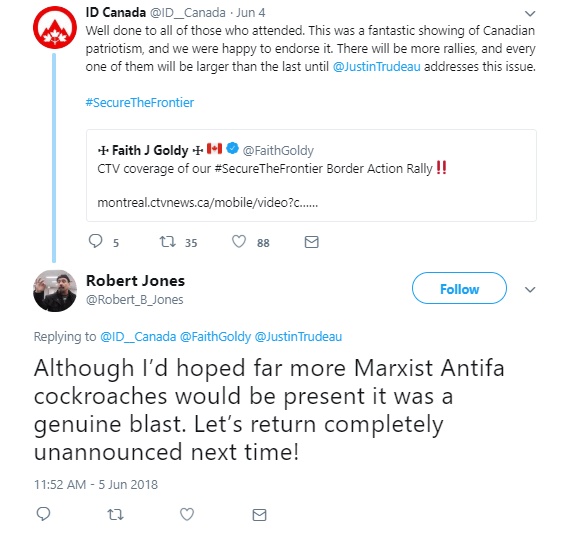 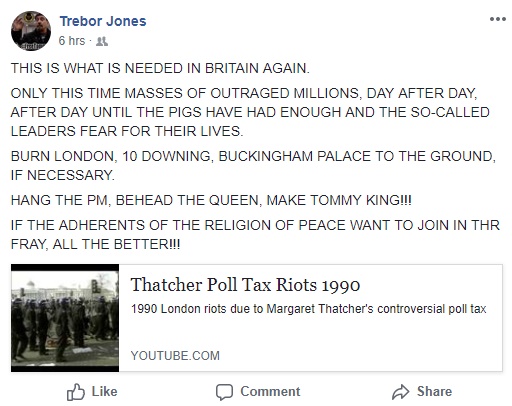 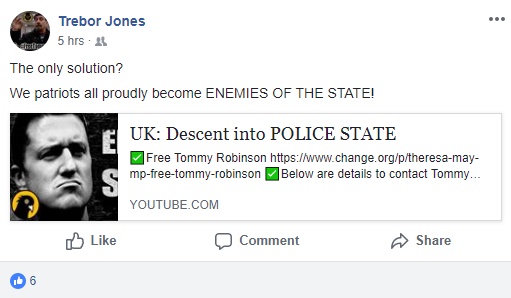 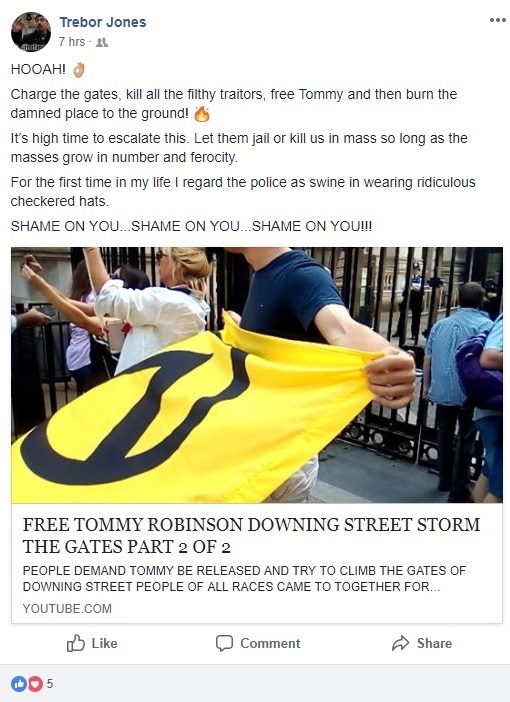 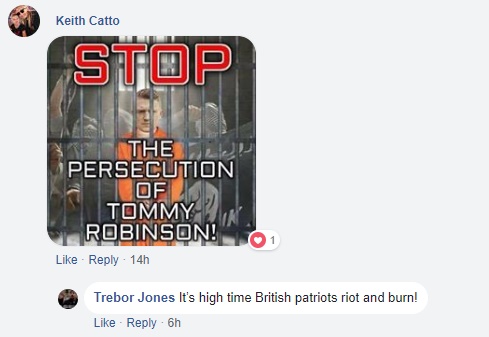 Nothing more that I need to add right now.
Posted by Nosferatu200 at 22:39

Can we set up a Queensbury-rules bout between Cameron and Goudreau? I love bantam-weight matches. They punch really fast, but do no real damage. Very apropos where these 2 are concerned, actually. I bet we could Meir Weinstein to officiate.