Garvey has been a figure we have been following since his time harassing students at a Red Deer high school along with members of the hate group World Wide Coalition Against Islam (thought they later had a falling out). He is also the leader of a far-right fringe political party which that focuses primarily on immigration: 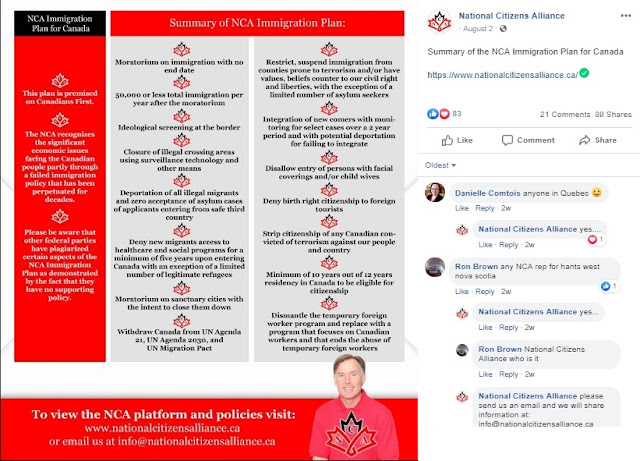 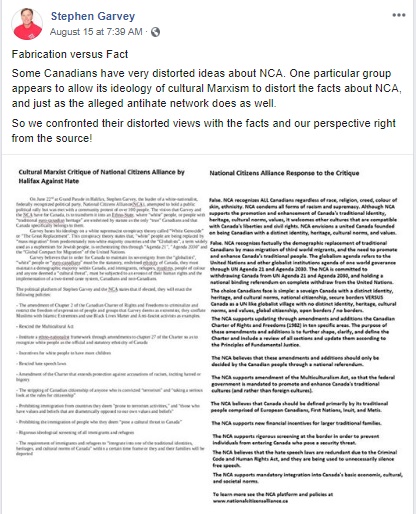 Despite his rhetoric he doesn't like being called out as a racist:

Despite residing in Calgary, Garvey is running for a seat in Nova Scotia where he has made frequent trips and where he and supporters were caught assaulting a counter-protester:

He's also claims to be fighting against corruption! 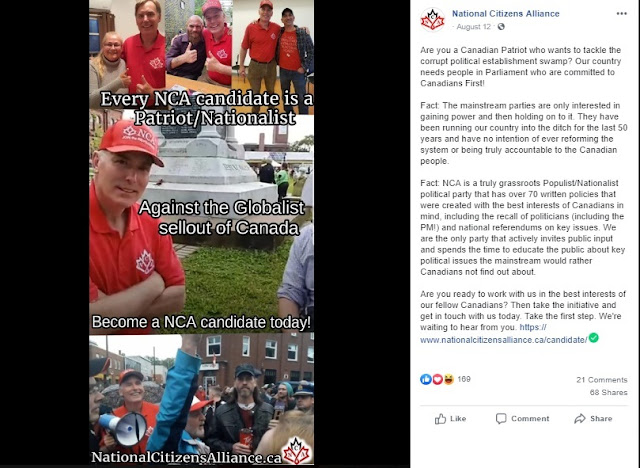 I suppose that should read corruption he doesn't engage in:

Seems Mr. Garvey might be facing other concerns than his nonexistent chance of being elected in Nova Scotia.https://t.co/NH8rEpbJf8
— (((Anti-Racist Canada))) 🧛‍♂️ (@ARCCollective) August 19, 2019


The leader of a controversial political party is facing both criminal charges and charges under the Canada Elections Act.

Stephen Garvey, the leader of the far-right National Citizens Alliance (formerly the National Advancement Part of Canada), was charged in June in the Provincial Court of Alberta in Calgary.

Garvey is charged with circumventing election contribution limits by approximately $26,000.

Yeah, life comes at you hard sometimes.
Posted by Nosferatu200 at 19:08