As we wind down the municipal election season, I thought it would be instructive to remind ARC readers that both Mississauga mayoral candidate/hate crime chargee/ narcissistic attention seeker/habitual liar Kevin "the Poodle" Johnston and his election volunteers Rick Boswick and Derek Storie (featured in the video below) are racists:

Johnston, Boswick, and Storie were "campaigning" yesterday, and I mean campaigning in the loosest sense of the term: 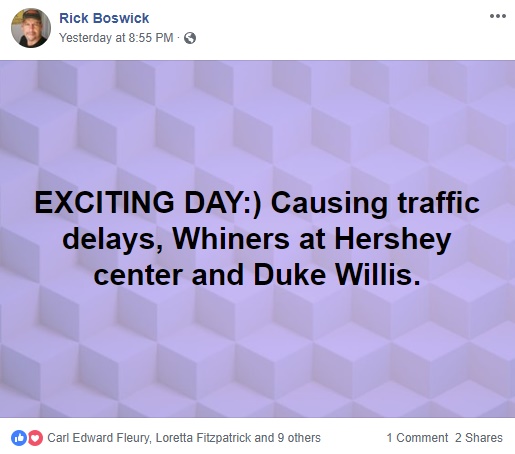 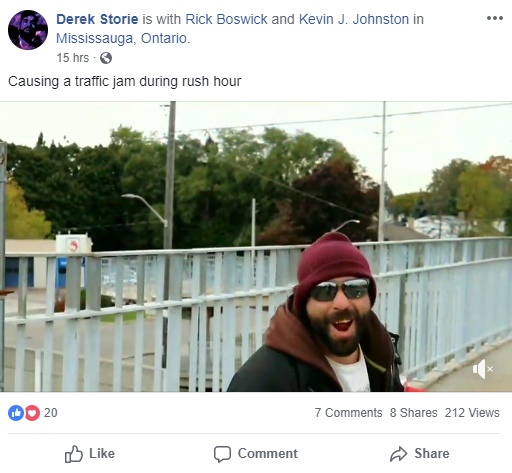 How to make friends and influence people, eh?

A few provinces over to the west, the United Conservative Party of Alberta continues to have a problem in that they attract bigots as candidates:

UCP candidates keep saying racist and Islamophobic things. At this point you have to believe that this this is who they are. #ableg https://t.co/xVokh5otVE
— Progress Alberta (@ProgressAlberta) October 20, 2018


Moving back west, we take a look at what the Northern Guard has been up to:

I don't why it continues to surprise me that the likes of Nick Gallant continue to be fooled by such obviously photoshopped; one can see the bar across the "N" in an sad attempt to make it look like an "A":

Even one of the Northern Guard members was able to figure it out: 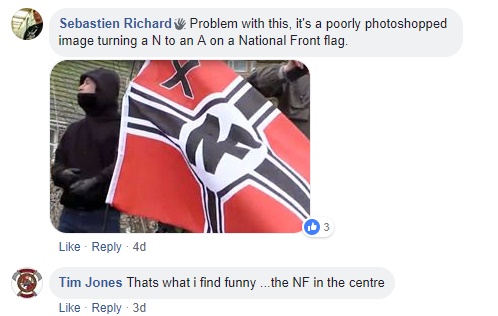 What I find funny is the initial anger from one Northern Guard member who, when he believed the flag was authentic, defended the Nazis' reputation as soldiers as opposed to the "soy boys" of antifa: 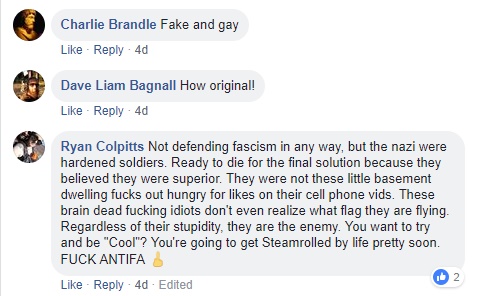 In fact, that sort of provides a great segue.

This past week between 20 and 30 members of the Proud Boys assaulted three individuals counter-protesting outside an event in which Gavin McInnes reenacted and celebrated the assassination of a socialist Japanese politician in 1960 by a member of the far right in Japan. Those who attacked the three did so with members of the NYPD looking on. Since then some Proud Boy members involved in the attacked have been identified.... 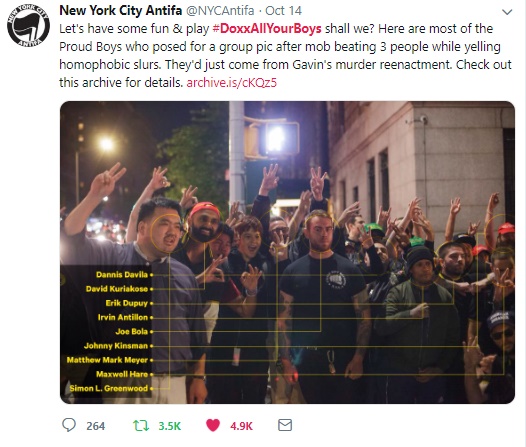 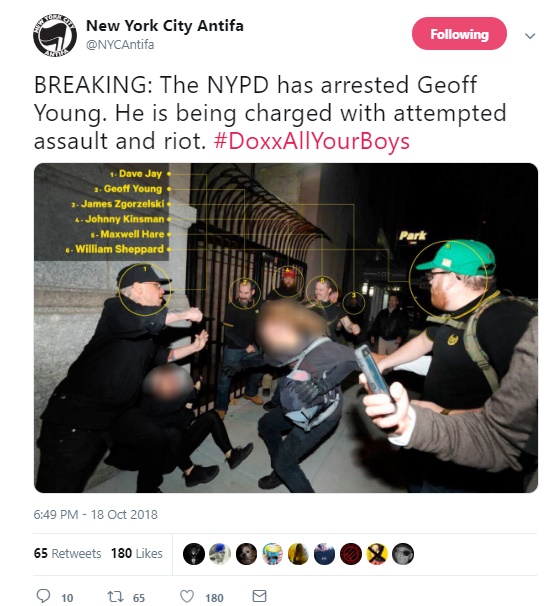 .... and some have since been arrested. McInnes claims he's working on arranging the surrender of the remaining suspects. But none of this should at all be surprising given the two years McInnes has been agitating for increased political violence and enlisting a bunch of normally useless dude-bros to carry it out:


It also shouldn't be surprising that the far right in Canada loves this:

In any case, this isn't even the only recent incident in which members of, or associated with, the Proud Boys have engaged in violence (nor the only incident police have turned a bling eye) this past week. It was learned that members of Patriot Prayer had stashed firearms on the rooftop of a building prior to an August rally that was countered by anti-fascists. The police discovered the weapons and removed them.... only to return them to Patriot Prayer members later. No one was arrested:


The response to this from one member of the far right in Canada who has been profiled on the blog was to lament the weapons were not used: 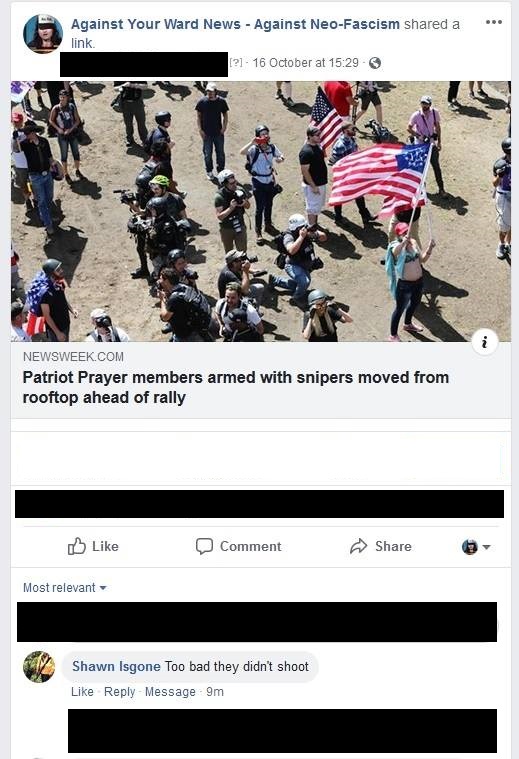 Shawn McBeath has posted as "Shawn Isgone" and "Bain Scott." He has been a member of the Soldiers of Odin, the III%ers, and has links to groups such as the JDL. He's also one of the more overtly violent members of these groups bragging about carrying weapons and assaulting counter-protesters: 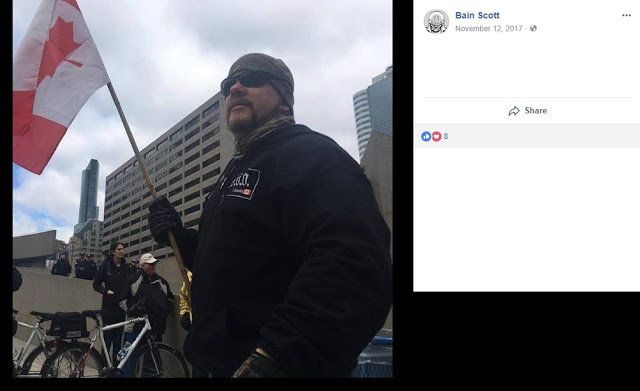 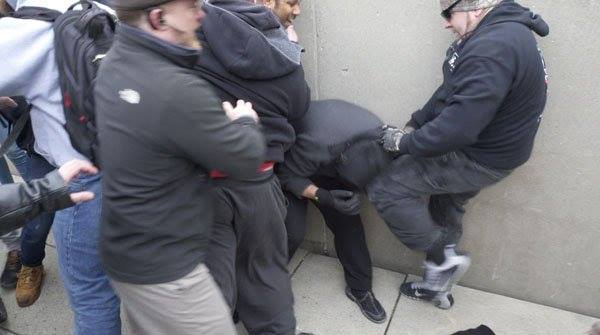 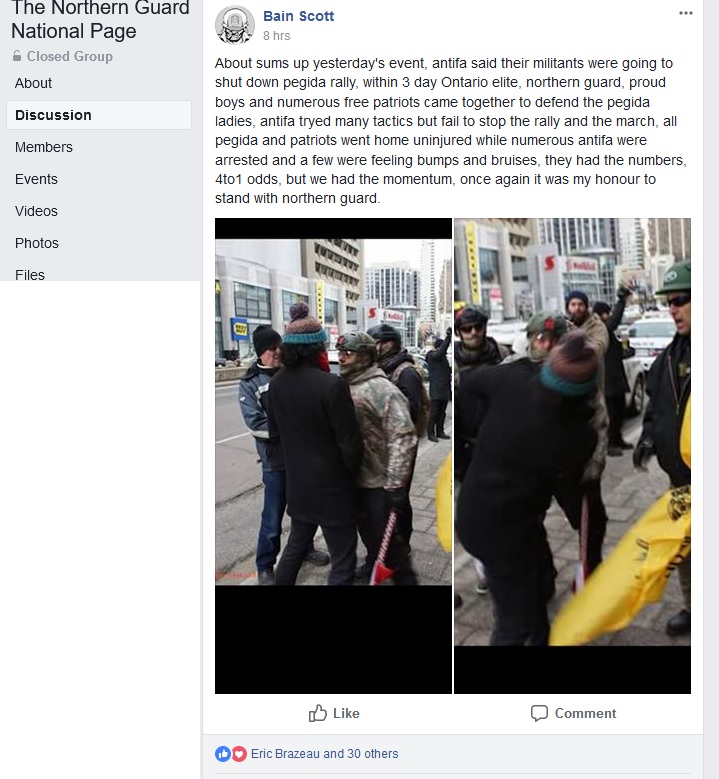 He also claims that the police in Toronto are well aware of what he is doing:

In the preceding screen shot, we have members of the Northern Guard, Soldiers of Odin, III%ers and Proud Boys as then represented by Robert Jones and currently Tim Kelly: 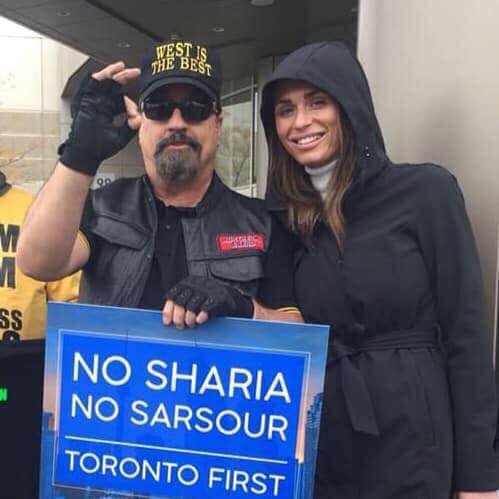 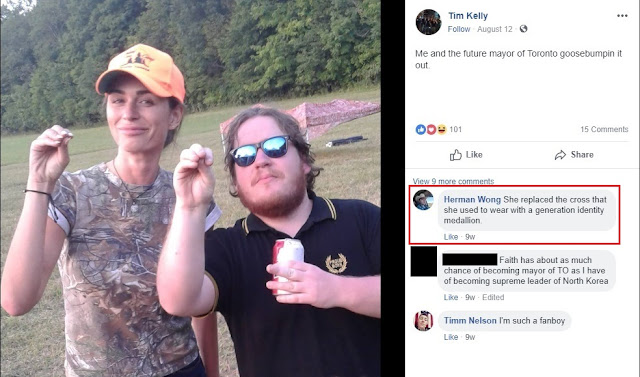 At least Goldy is consistent in her awfulness.

Speaking of political violence and going full circle, Rick Boswick (who has at least one conviction for uttering threats) posted this in response to Goldy's failing mayoral campaign: 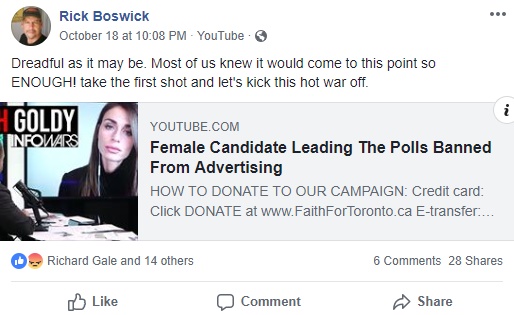 That's the mentality of the people we're keeping an eye on.

UPDATE 1: Conrad Peach of the SoO and his "running mate" Avel Turnip finished at the bottom of the list of people running for Nanaimo council. Only two people finished with fewer votes.

UPDATE 2: Luigi Gino Del-Ciotto, who has been associated with Michele Tittler, finished in last place in Princeton: