Been busy all day and didn't have time to write a proper article, however these folks provide a clear overview of the latest in the United Conservative Party's SoO problem:

This is outrageous and indefensible. The Soldiers of Odin are a hate group started by a neo-Nazi.

Email from Janice Harrington, the executive director of the UCP, says Lance Coulter is no longer a candidate after his "seemingly sympathetic assessment of Soldiers of Odin" pic.twitter.com/o9CQXFXcCg
— Tyler Dawson (@tylerrdawson) October 11, 2018

In the meantime, the SoO have thanked Coulter for his continued support while continuing to post Islamophobic and anti-immigrant propaganda: 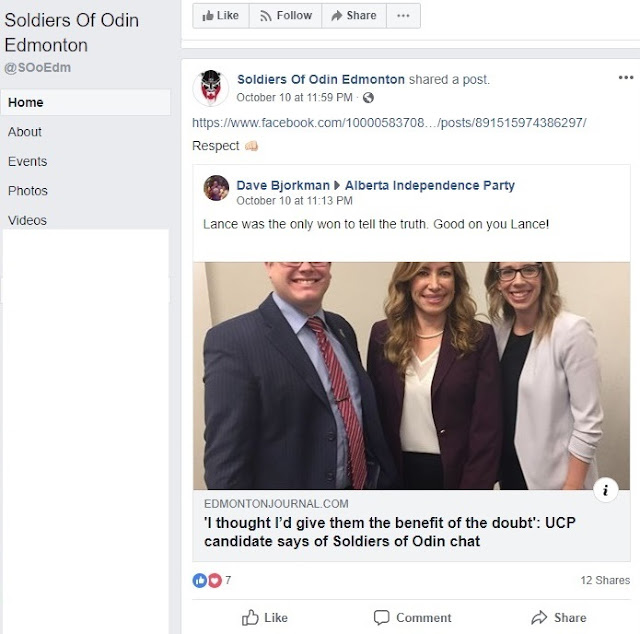 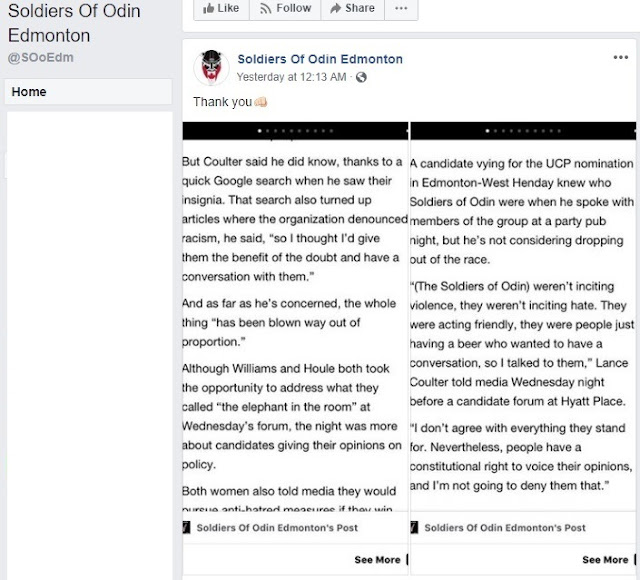 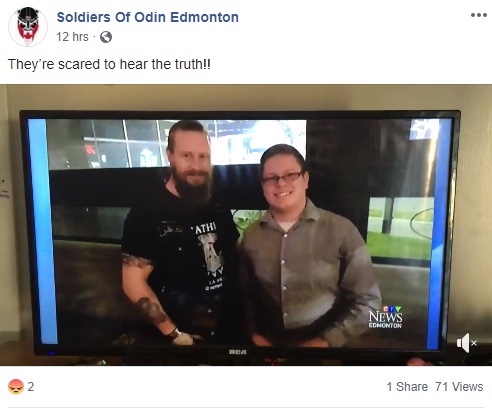 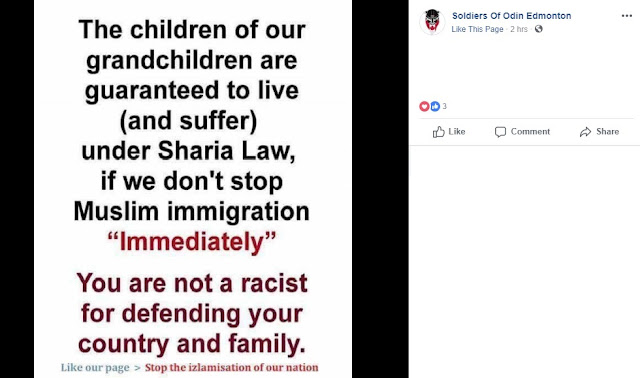 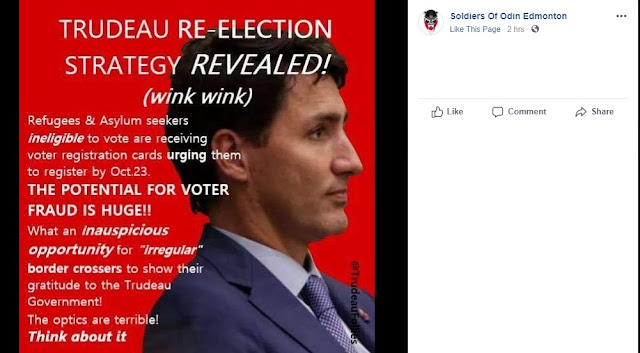