Jason Kenney, leader of the UCP in Alberta is continuing to engage in damage control as questions continue to be raised about why the party has attracted so many far-right extremists. He has continued to suggest that the attendance of the SoO at the event was orchestrated by a fringe separatist party to embarrass the UCP.

Premier Notely correctly notes that this was not an isolated instance:

“Why are these folks showing up at these events and feeling as though they are welcomed?” Notley said at the legislature Tuesday.

“If you use dog-whistle politics enough, eventually soon enough people are going to respond to the whistle.”

She described such politics as a “subtle embracing of issues that are designed to attract people with fairly extreme opinions to your movement. That’s something that we’ve been seeing on the right more and more.”
....
Notley said what happened highlights a trend in right-wing politics and Kenney’s party. She noted that others running for candidacy in the UCP in recent months have either been rejected or allowed to run despite expressing bigoted comments.

“This is not an isolated incident,” said Notley.

“We also look at this pattern that we see developing with respect to the proliferation of candidates with that (UCP) party that also appear to hold views that are rooted in hate.”

For his part Dave Bjorkman of the Alberta Independence Party claims that, despite UCP assertion that they were unaware of who the SoO were, that the party had been made aware of the group at least a week prior to the SoO's participation in the event. Bjorkman posted the following to support his claim of having a long-standing relationship with the UCP, though to be fair there appears to be no mention of the SoO in these exchanges: 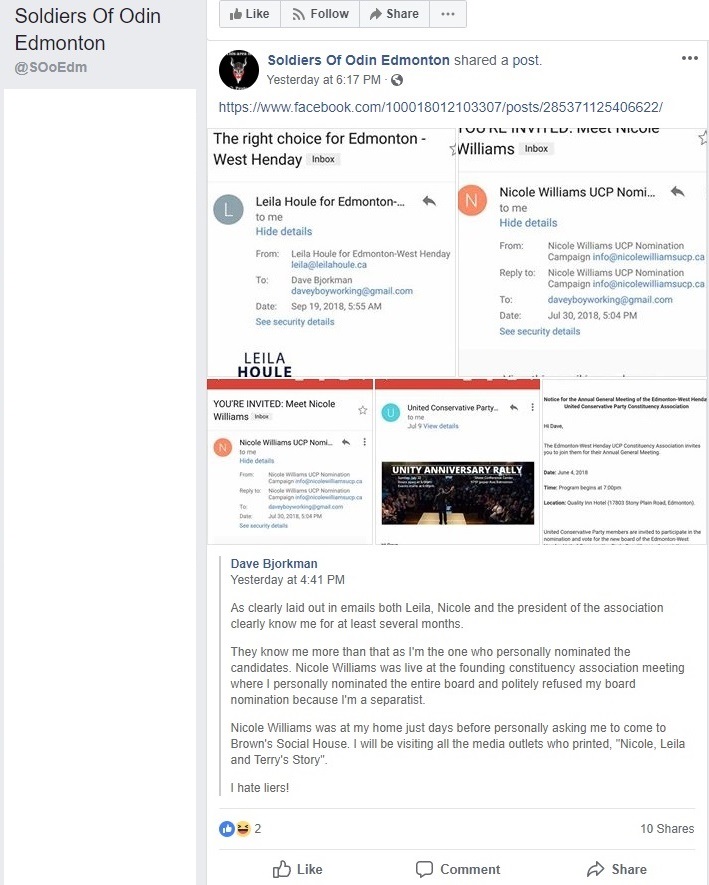 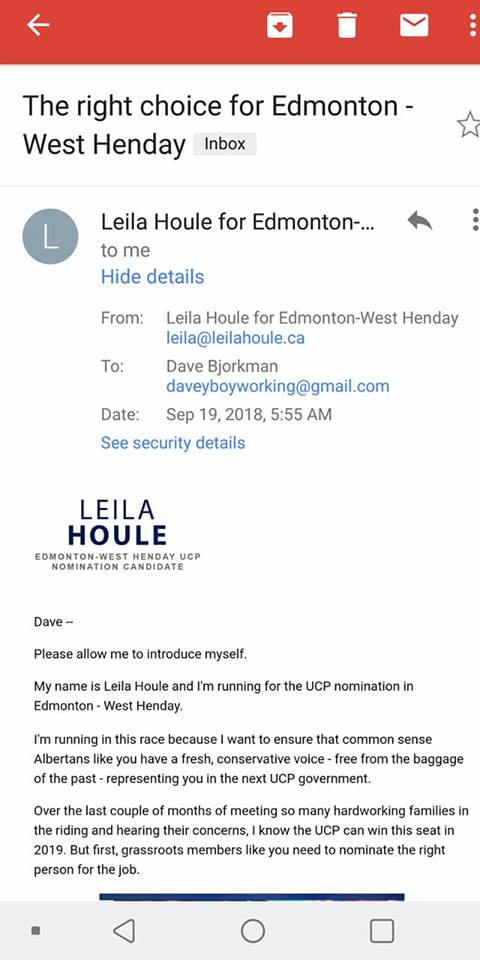 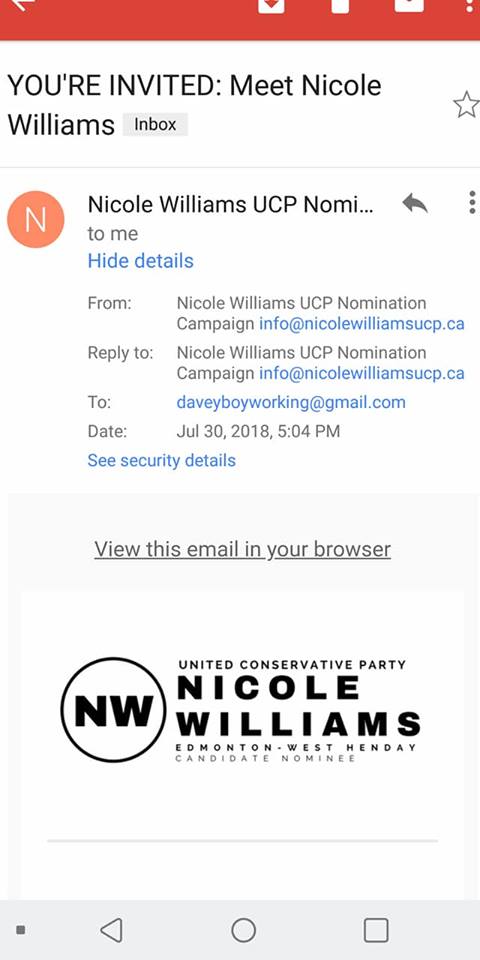 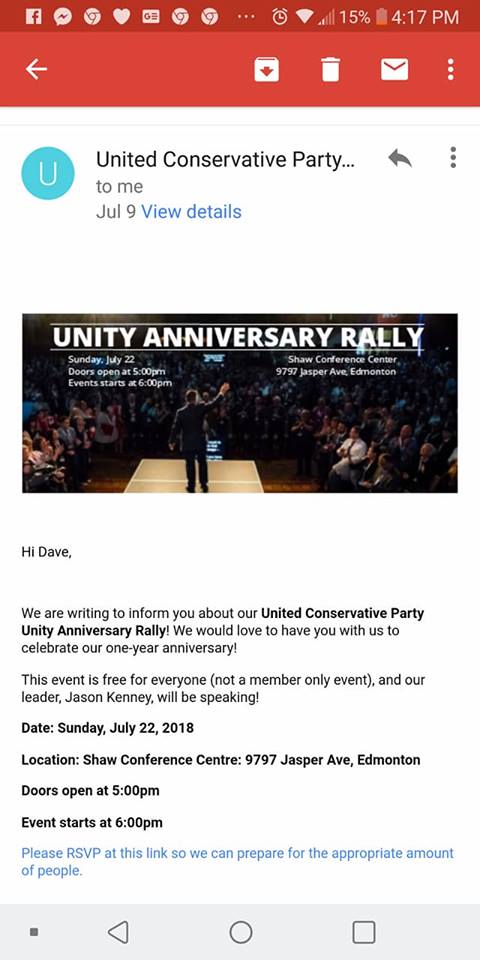 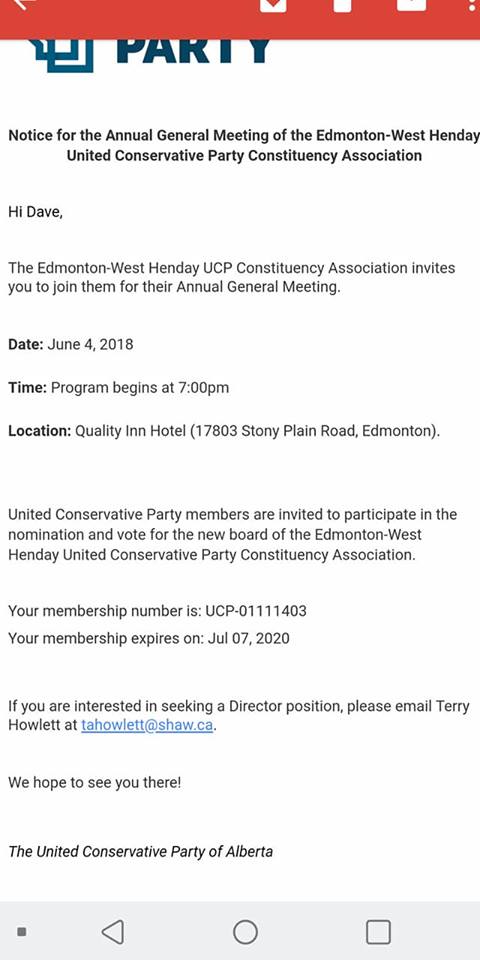 FYI, I'm not sure if Bjorkman could orchestrate most simple tasks, never mind a scheme to embarrass the Alberta legislative assembly's Official Opposition.

In the meantime, they are planning an event in which Joey Deluca of the Worldwide Coalition Against Islam is being touted as a speaker: 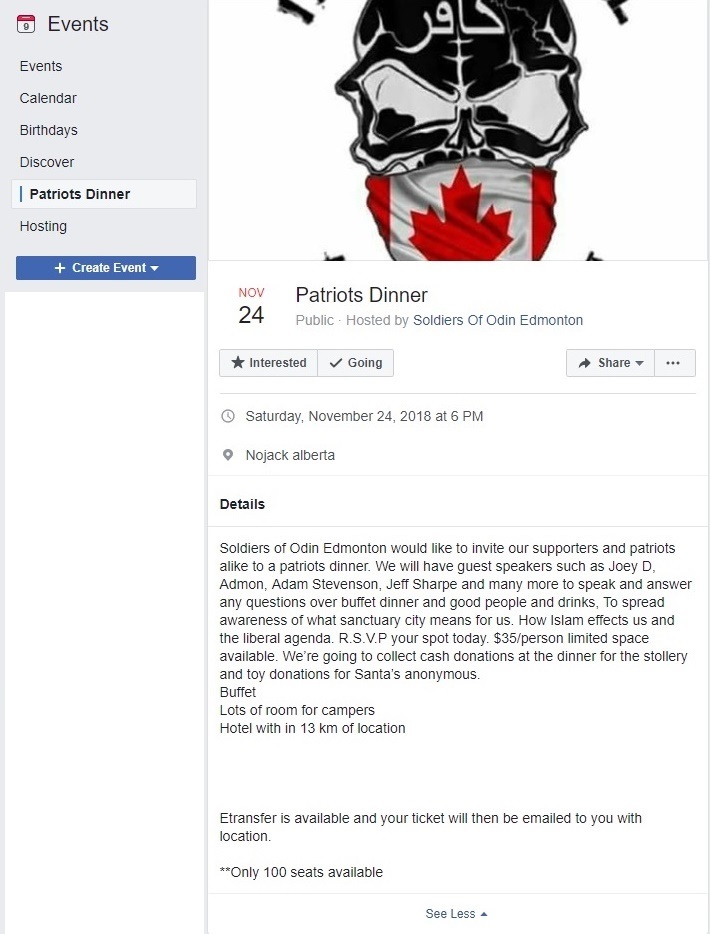