ARC has received some information regarding two figures who have appeared on the blog recently.

According to a commentator, Ryan Dean as of July 10 in the Edmonton Remand Centre. I haven't yet confirmed this however I will do so as soon as I can.

As for Michele Tittler, ARC received more information concerning the nature of the charges against her:


When her Mom died and Dad got sick last year the older sister got power of attorney and probably discovered how much money she had taken and she was cut off. So she started a public campaign to "expose them". Accused them on video and in posts of all kinds of horrific things including trying to kill her with a hitman. She also confronted the family lawyer at his office, caused a huge disturbance and video taped the whole thing.

In any case, it looks despite the plans for her to make a plea at her last court appearance, she hasn't done so and that things continue to move along slowly:

I imagine that Ms. Tittler will drag this on as long as she is able to.

But all of this is sort of burying the lead. You see, ARC has been working on a research project: 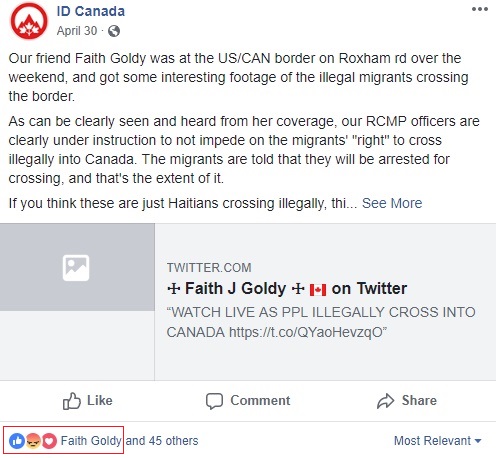 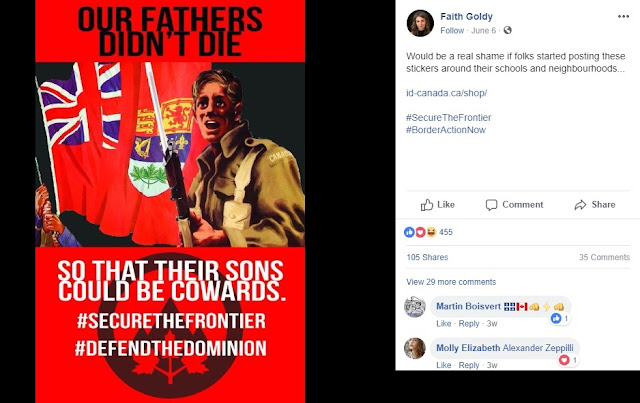 It shouldn't be a surprise that Faith Goldy is friendly white nationalist "identitarian" group such as ID Canada (formerly Generation Identity before being rebranded). She is already friends with the folks from Students For Western Civilization and some ID Canada members even attended her protest in Quebec, though not in an official capacity. However, we've learned this group has other ties as well which have proven to be very interesting. I'm not going to go into details yet; the story is likely to come out as a result of the work of others (actual journalists) who have been working on this story independently of ARC and who are likely going to garner much more coverage than my little spot on the World Wide Web. Still, as a bit of a preview, it involves one of these fellas:


Alt-Right Montreal and to a lesser extent Students For Western Civilization also feature in the story as well as an examination of the Discord chat logs and an interesting clip of "This Hour Has 88 Minutes."