When ARC published the article identifying Stormfront member Tyler Hover as the head of Generation Identity Canada, we also included a screen shot that suggested that there would be a media stunt that would occur this week:

On Monday it would appear that this media appearance would be in the form of more flyering in a few cities (Ottawa, Sudbury, and Edmonton are the ones we know about) and displaying a small banner on an overpass in Toronto: 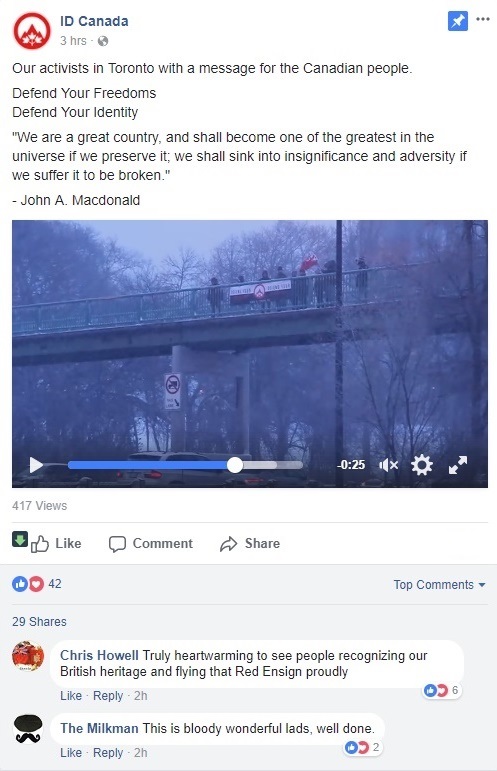 UPDATE: Meet Mark Stewart, the Toronto chapter leader of ID Canada who participated in the banner drop that took place in the city on Monday: 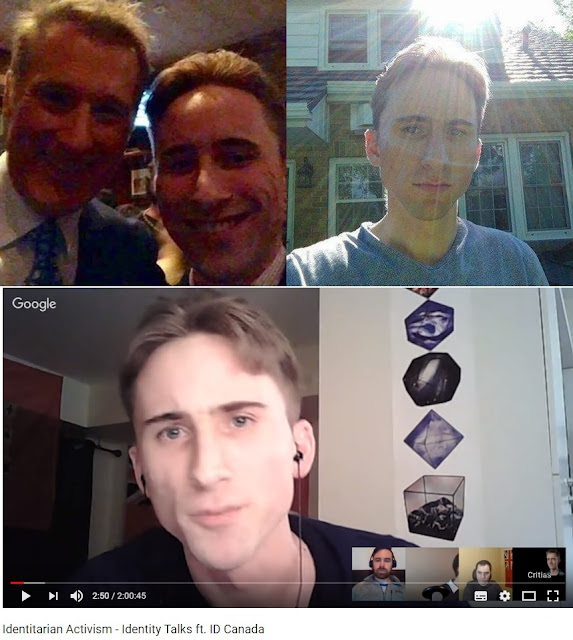 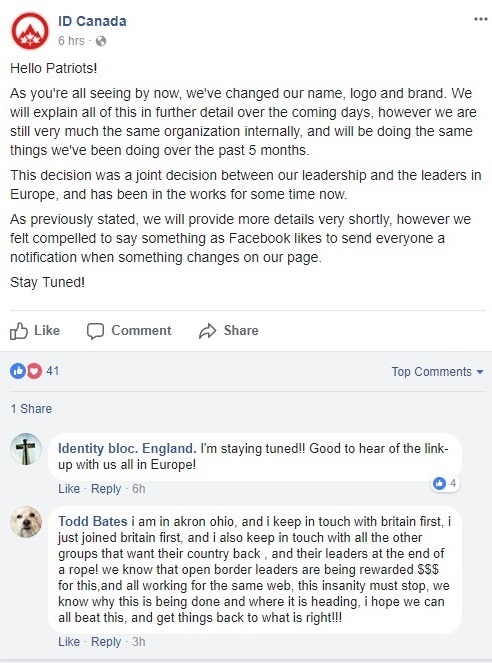 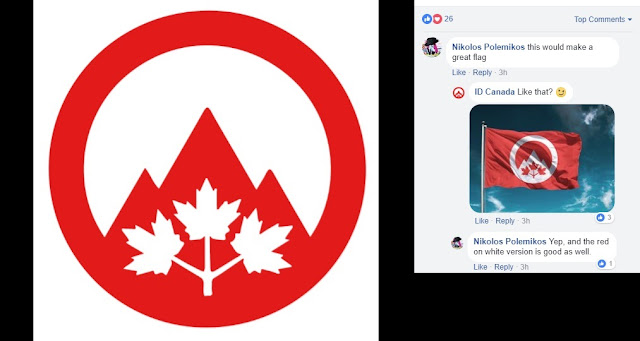 ARC has found a few interesting people associated with ID Canada, formerly Generation Identity Canada including Shawn Beauvois-Macdonald who is/was connected to La Meute and who participated in the Charlottesville "Unite the Right" rally (he may hold a position of leadership within ID Canada), "Katrin Kujo" (real name Kate Ollers) who participated in Ronny Cameron's anti-Muslim event in October, and "Winston Smith" (real name Jesse Sanderson) who also participated in Cameron's event as well as being busted hanging "alt-right" flyers at the University of Toronto. He's pictured below  in the green hat alongside Jordan Peterson and Lauren Southern: 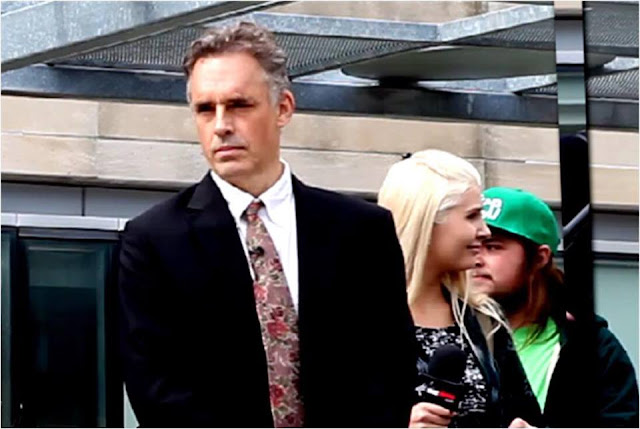 I'm sure over the coming days and weeks we'll learn much more about the membership of ID Canada.
Posted by Kurt Phillips at 20:51