Sometimes being a fringe far-right social media personality isn't all that it is cracked up to be.

For example, self-proclaimed white nationalist (who still insists he isn't a racist because his girlfriend is black) was planning on holding a rally in Toronto on July 22 with the provocative, though unoriginal title, "White Is A MYTH." However very few actually committed to attending and he received a significant amount of blow back from anti-racists and some far right members who have decided that Ronny is poison and damaged their rep.... such that it is. Bryan Trottier of English La Meute ordered members of that group not to attend so that their photos wouldn't appear on this blog, though given the comments it really does seem to be a matter of public image for at least some of the membership since they appear to support the underlying premise: 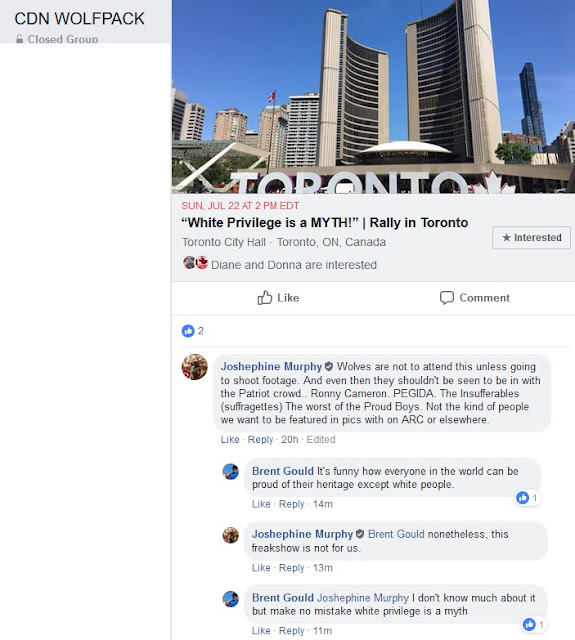 Well, the abuse seems to have discouraged Ronny who has decided to take his ball and go home.... where he will continue to post chats of himself and his fellow racists which he believes passes for journalism:

Not surprisingly, Bryan Trottier is claiming responsibility for this turn of events:

It's funny they should mention "No Show" Goudreau because he figures into this update as well.
This coming Saturday, the Canadian Combat Coalition is holding their rally in Ottawa. I'm not going to post all the hyperbolic bs about how big they think it's going to be, but according to Goudreau, he'll be attending and will be bringing a busload with him: 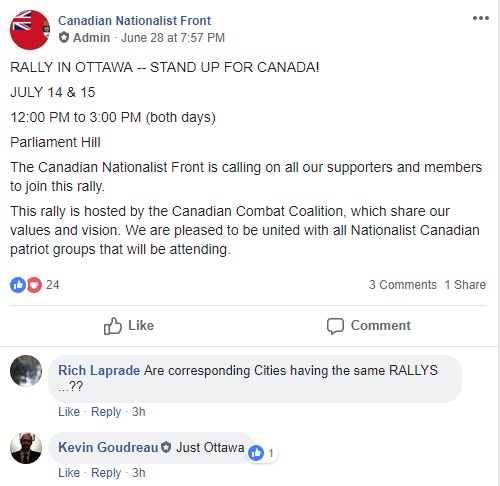 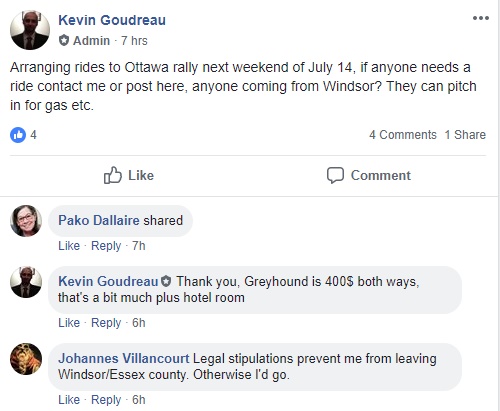 If I were Dan Dubois, I wouldn't count on "No Show" making an appearance, but who knows?

The input of Pako Dallaire is rather relevant since she is the person handling the money in Myatt's efforts to sue Justin Trudeau for treason (yes, this is a thing he thinks he can do): 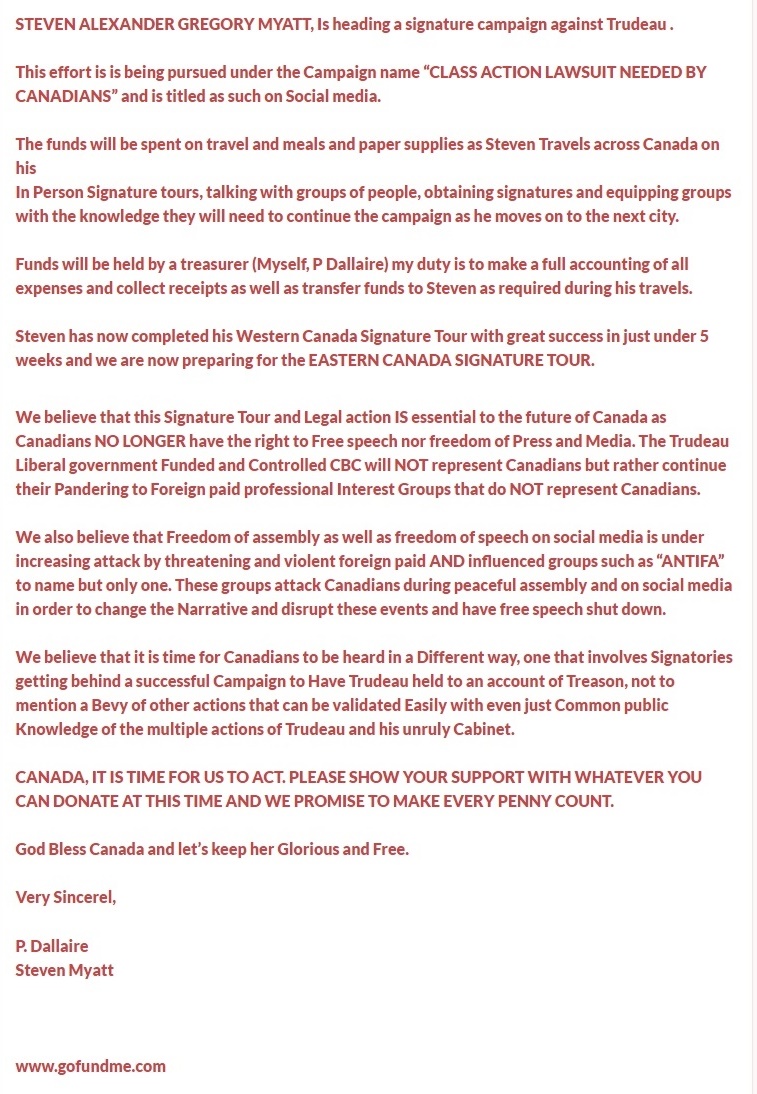 Goudreau has actually been a fan of Myatt for some time and Pako seems to approve: 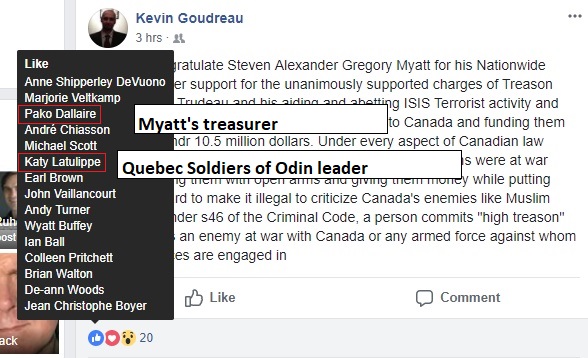 But don't think that Pako is simply pleased by the support "No Show" is offering. She seems to clearly be a true believer as well:

I do find it rich that one of the reasons Myatt claims to have broken with the Northern Guard is because of their connection to the KKK when he himself is one degree of separation from an actual neo-Nazi: 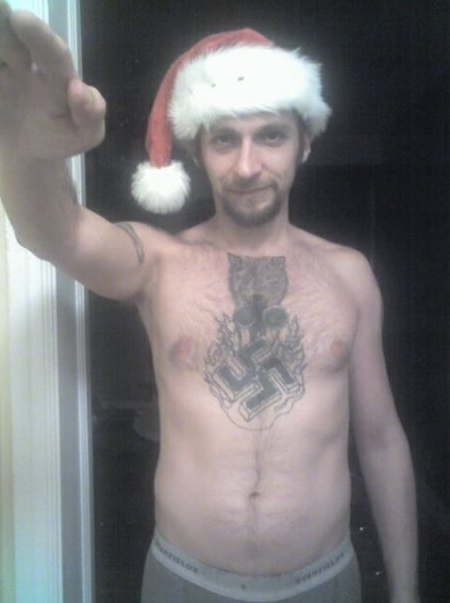 Wait, did I write "one degree of separation"? 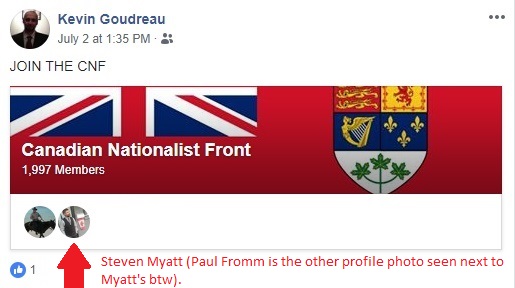 Yeah, no. There's no separation actually.

In perhaps a related note, Myatt claims to have been disowned my his family:

Please, stop with the bloody melodrama! Of course he did it for the fame, such as it is. I suspect that even this tenuous notoriety is more attention than Myatt had ever received. It's hard for narcissists to go from fringe popularity to nobody, but in the end that's were Myatt, like others of his kind in the past, will ultimately end up.

Back to being a nobody.