I was actually out for much of the day and didn't have much of an opportunity to follow the events in Ottawa. I had surmised that it would likely be about the same size of the Million Canadian March organized for Parliament Hill the previous summer, perhaps in the range of 150 to 200 people.

The numbers appear to be far less in the range of 80 to 100 people: 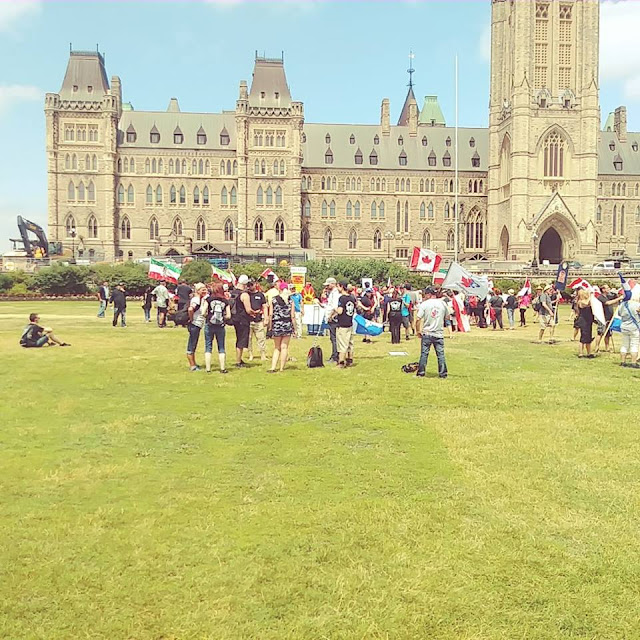 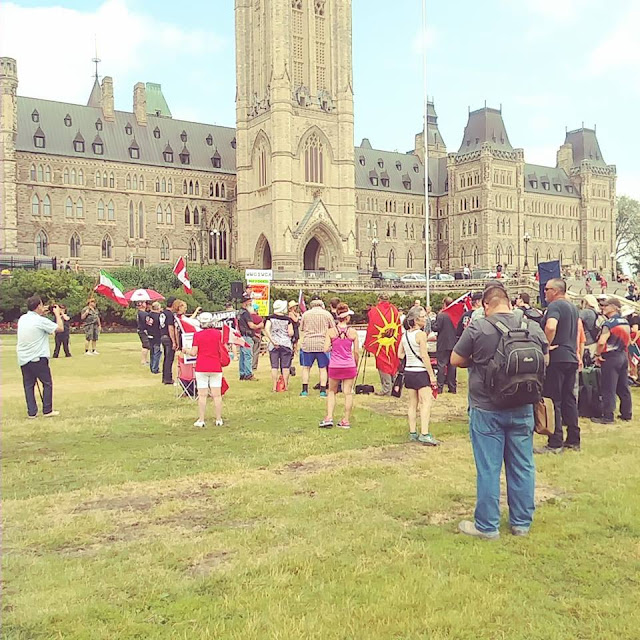 It’s one thing to click the like button on Facebook, but quite another to show up in person for a Canada-first, anti-immigration rally on Parliament Hill.

The Mounties and Hill security didn’t need to set up all the extra barriers on Saturday because only 100 people showed up, or about 900 fewer than organizers had expected.

“I’m disappointed. The response on social media seemed bigger,” said Dubois, the 58-year-old national president of the Canadian Combat Coalition, or C3 as the self-described Canadian patriots call it. “I was expecting 1,000. Canadians are complacent. No wonder Canada is going down the tubes.”

As a comparison, this was Parliament Hill on July 11:

Also, considering the distance from the road and the fact they were closed in, it seems that they were primarily preaching to the converted.

Besides the Canadian Combat Coalition shirts, I noticed a smattering of Storm Alliance, Northern Guard members, and (sigh....) Wolves of Odin (I mean, really?) There may also have been some III% militia, La Meute, and Soldiers of Odin members present; Georges Massaad was in attendance as well. Those who spoke today included Dan Dubois, Duke Willis who is an administrator on the Northern Guard Facebook page, Steven Garvey, Mary Forrest and Laura Lee, and finally Ron Banerjee who bragged that there were no extremists amongst them.

Well, given the rhetoric from Banerjee recorded here over the years as well as that of his fellow travelers at this rally, I have to call shenanigans on him.


However even if I were to accept this claim (which, once again, I don't) he might have difficulty explaining the presence of this fella: 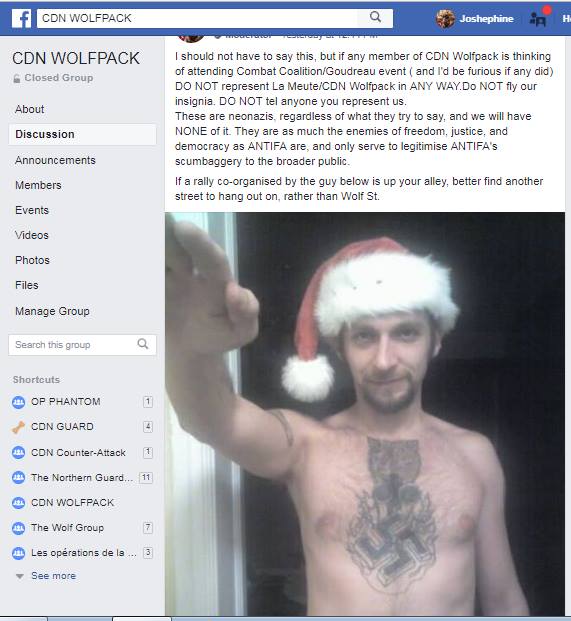 That's right, Kevin "No Show" Goudreau, a full on neo-Nazi, showed up to the rally and marched at the head of the pack with Dan Dubois and the Canadian Combat Coalition Banner: 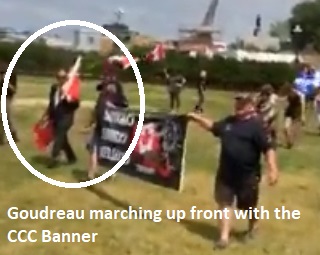 I've edited a video in which Goudreau appears a number of times:


Now ARC had reported that "No Show" Goudreau claimed he would be attending. We know that Dan Dubois is a regular reader of the blog so he would also be aware of this plan as well as what Goudreau looked like. Granted, I didn't expect Goudreau would attend and perhaps neither did Dubois, but when Goudreau did arrive he seemed quite welcome: 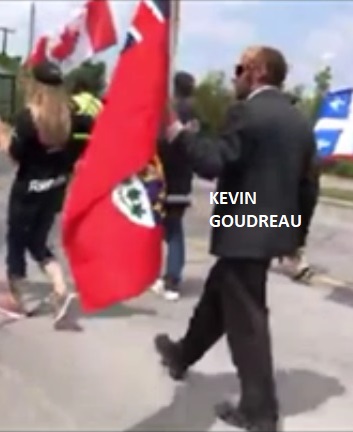 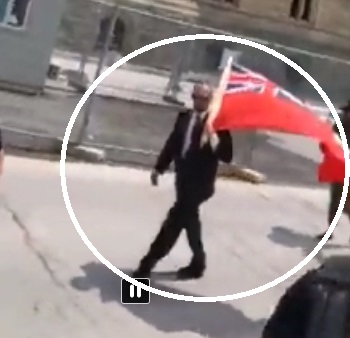 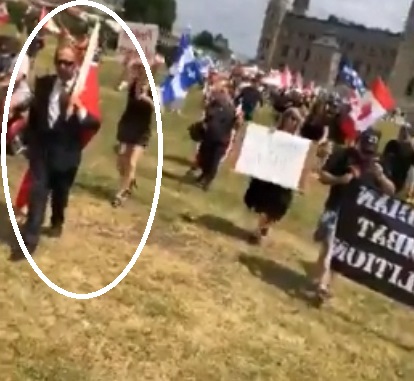 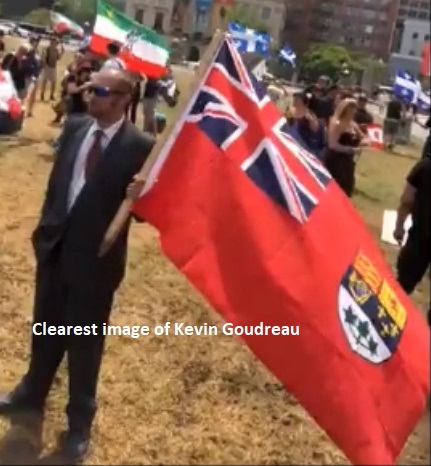 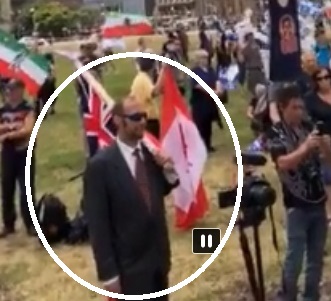 It would appear that these folks have no problem with neo-Nazis marching along side them. If Meir Weinstein of the JDL appears tomorrow as advertised, it might be a fun show to watch.

Unfortunately tomorrow as today I will not be monitoring from the bunker as I will again be out. I will attempt to update Day 2 as soon as possible on my return however.
Posted by Nosferatu200 at 23:56

Now I'm going to take a wild stab in the dark here.im going to guess that the oversized suit Goudreau is wearing was given to him by Paul. Just a bunch mind you but I'm pretty sure he can't afford one working at Labour Ready. You're a failure Kevin and you're shoulders are as wide as your waist