Sometimes it is fun to sit back and watch the show.

When Ronny Cameron cancelled his rally and wrote that he would only be doing "journalism" (such that it is), ARC speculated that his peevishness was a result of both the attacks he was subject to on the event announcement page and how little support he received. While this may or may not be the reason, it was easy to surmise that he was upset. 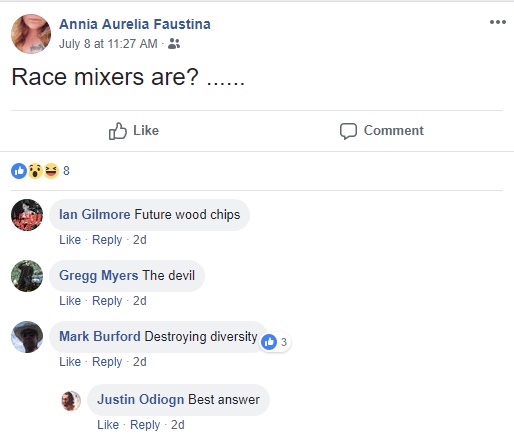 I happened to stumble upon this thread when I logged into one of my sock puppet accounts. Many of the posters seem hell-bent on outdoing each other in what a horrible excuse for a human being they are: 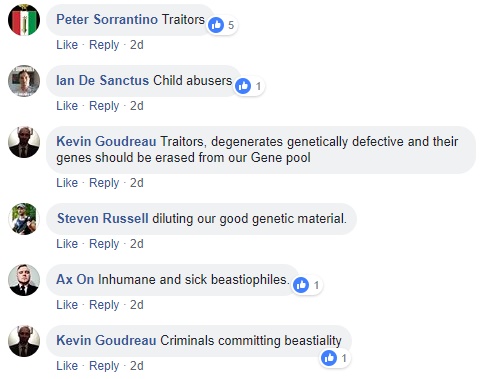 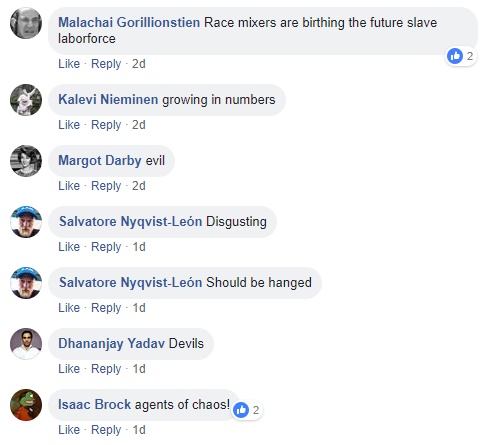 Remember, most of these people will claim that they aren't racists.

As disgusting as they are, these comments really don't shock me since they could very well have come straight off of Stormfront or VNN. However, the thread would provide a degree of entertainment when Ronny Cameron arrived.

Trust me. He puts on quite the show: 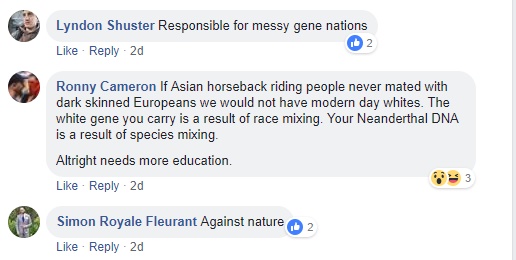 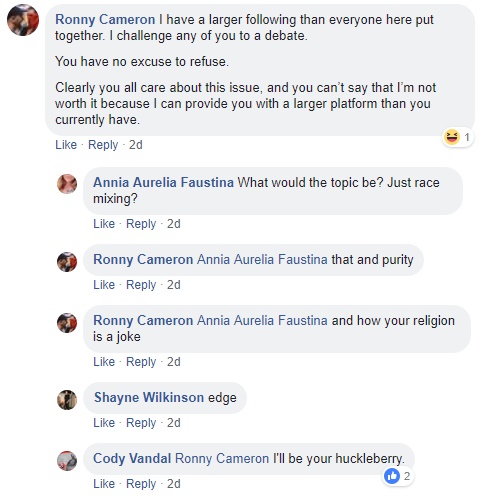 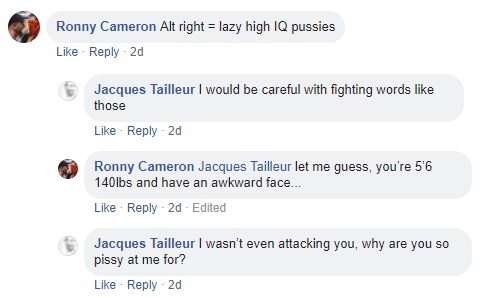 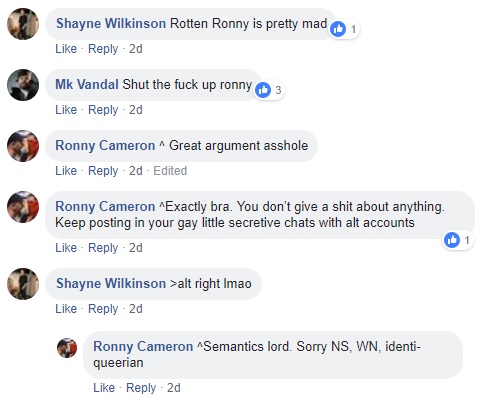 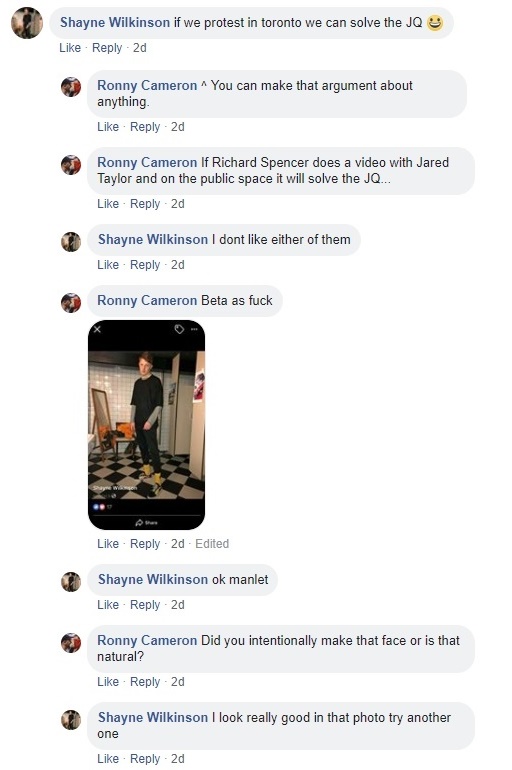 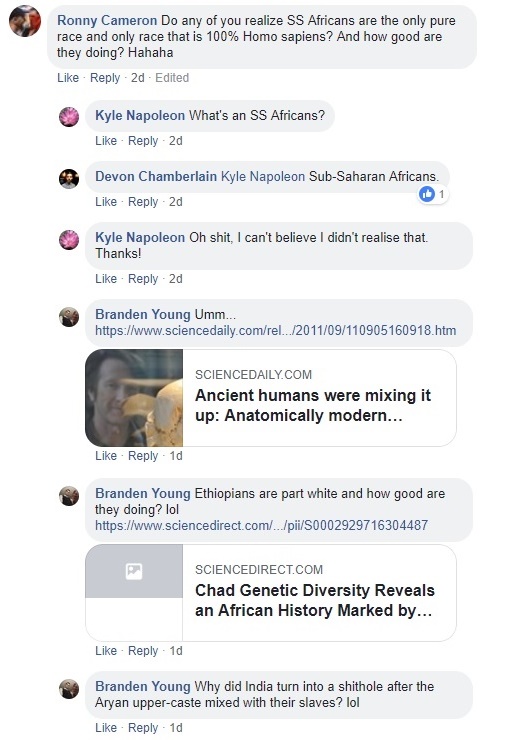 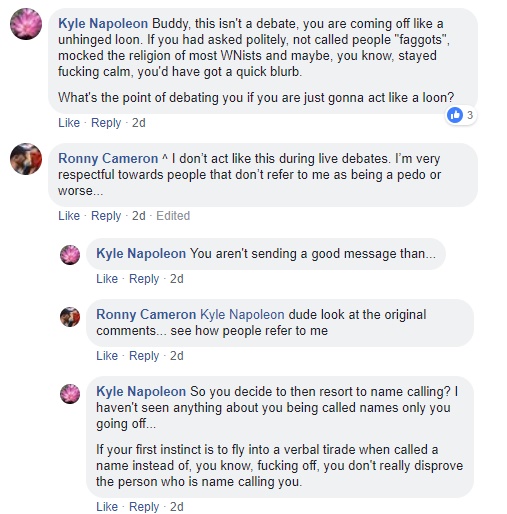 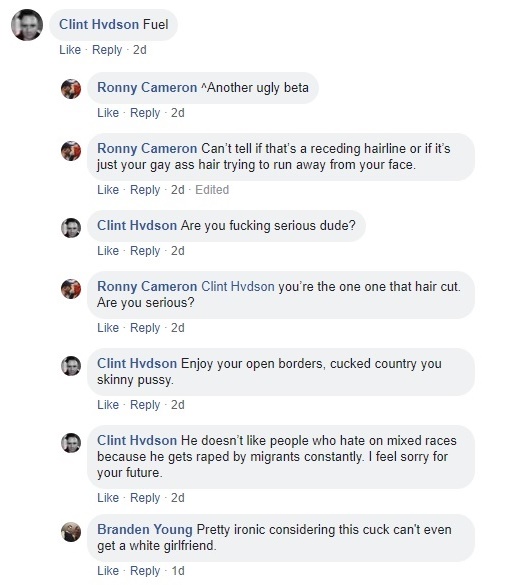 The rest of the posts make fun of Ronny and his rather grandiose boasts about himself: 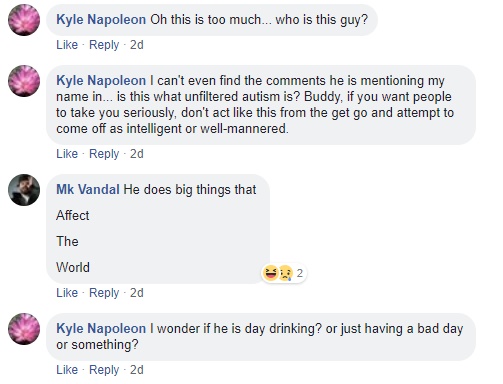 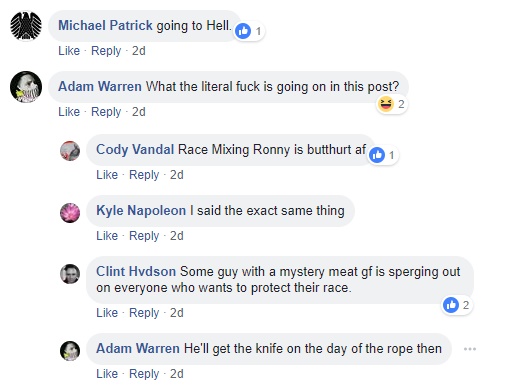 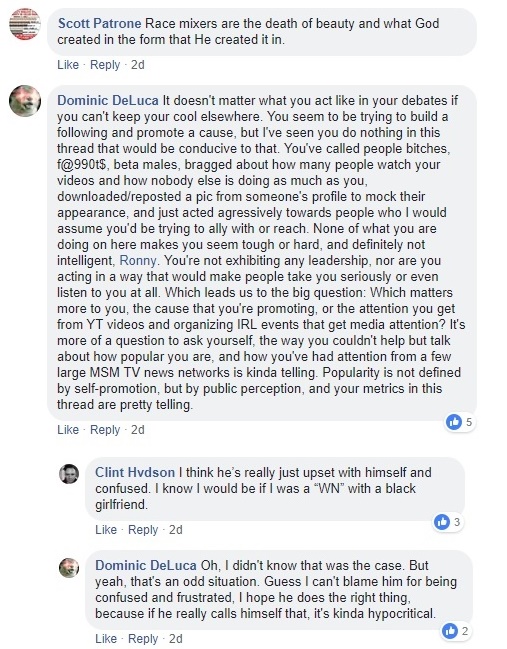 Truth be told, not a single person in this thread comes across as being worth a warm bucket of piss.

Still, it is awfully fun watching a circular firing squad once in a while.
Posted by Nosferatu200 at 00:00

I thought you guys would be interested in this:

Is there any Canadian equivalent? (It might be worth a story and nice to have a more positive story.)