This article is all about crowd funding, beginning with Faith Goldy's attempt to raise money for her substantial legal bill. When I published on this issue, she had managed the following: 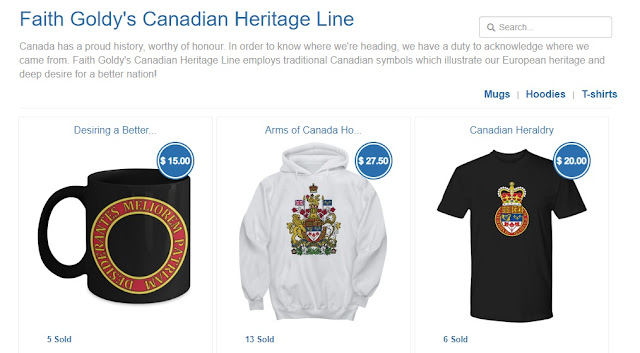 When I checked today however, she had increased that number.... well.... not by a hell of a lot: 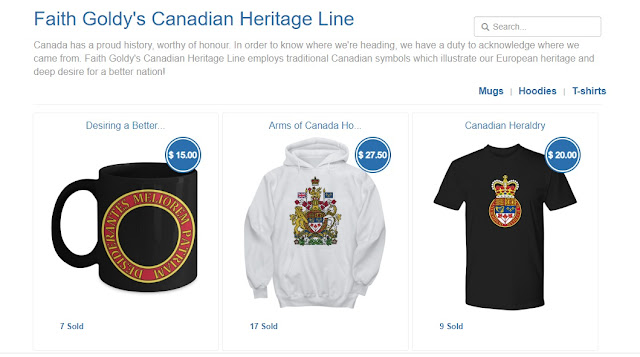 She's going to need to sell a lot of mugs, t-shirts, and hoodies.

There is a fly in the ointment however.

The good folks at Canadaland noted last weekend that Goldy's effort to dig herself out of the financial mess that she has gotten herself into appears to be not entirely kosher (which, let's be honest, probably appeals to a significant number of her supporters.... zing!):


Since then Goldy has stopped promoting her online shop on Twitter though the shop was still up last time I checked. Still, this might be too late. I, like I'm sure many others have done, contacted both Gearbubble and more importantly Canadian Heritage (the government website) concerning Ms. Goldy's appropriation of these symbols without the government's approval.

I have now received replies.

First, Gearbubble asked that I send my information to the legal department:

It was the government's response though that should probably concern Ms. Goldy the most:

"A number of emails regarding this matter and take these types of complaints seriously... we are in the process of addressing this issue."

Goldy may have just caused herself another headache.

ARC's observant readers have noticed by now that there is a change to the blog up at the top. Yep, I decided to create a Patreon account. I never planned to monetize the blog. In the past I've actually been offered pay for work related to the blog but refused because I felt strange about profiting from something that I did as a service.

Still, several people over the years have suggested that I create a Patreon account, stating that the work done is worth compensation. The number of those telling me this has increased over the past several months. In the end, I decided it might be worthwhile for a few reasons, two of which come immediately to mind.


In the end, whether people choose to become patrons or not, I'm still going to do the work and I really hope that people will continue to benefit from it if even in a small way. When I originally created the blog it was with the intent of keeping tabs on an especially violent hate group in Calgary. Over the years I've expanded to cover the entire country (though again my Quebec intel is still terrible) and even the occasional international story with Canadian connections. I know that journalists have used the website in their own stories including some that have made major national headlines:
So even though I feel weird about the Patreon account, perhaps it can serve some good as well?

In any case, become a patron or not. I'm going to continue regardless and will always appreciate the support I've received from the readers for now more than 11 years.