Ronny Cameron and Richard Spencer: The Thrill Is Gone

ARC hasn't published much about Ronny Cameron in some time, mainly because there hasn't been much to write about. Oh, he's still the same jackass he's always been, but he hasn't exactly been doing much. He's still putting out the occasional videos which rehash the same tired racist tropes he's been talking about for the better part of a year as well continuing to claim the title of the most important alt-right figure in Canada which, even if true, has about as much distinction as me claiming to be the mayor of the cardboard box town I created when I was six; the two other citizens of Awesomeville eventually voted me out of office due to a scandal involving an ice cream sunday bar at a sleepover.

The one "big" announcement he made occurred last month when he was proud to post that he was co-hosting a podcast with the spiritual founder of the alt-right, Richard Spencer: 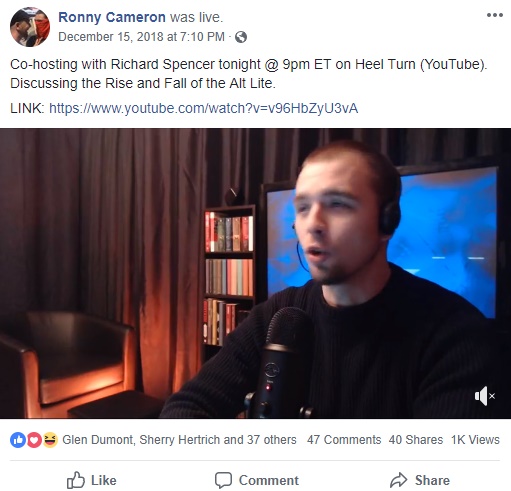 That Spencer would deign to co-host a podcast with someone as insignificant as Cameron says far more about the decline of Spencer's fortunes than it does Cameron's significance, but it was obvious that Ronny thought this was his big break.... or something. He was so pleased to be Renfield to Spencer's Dracula that he willingly allowed himself to be completely emasculated and humiliated in his defence of Spencer:

Still, later in the video Ronny said that the name calling didn't bother him because he had thick skin. On the eve of the new year crowed about the joy of being Ronny Cameron, super influencer for the alt-right! 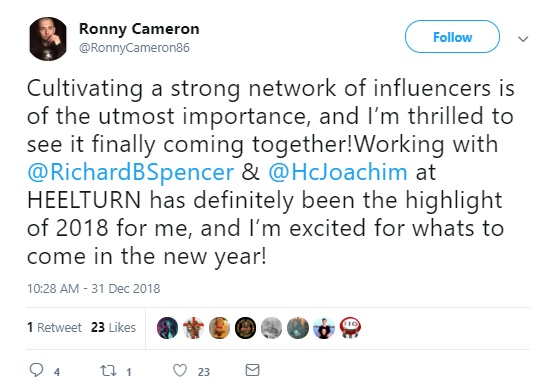 Well that is just lovely! He is just so darn optimistic about 2019 it is almost adorable!

Yeah. If you're a long time reader, you already know where this is going: 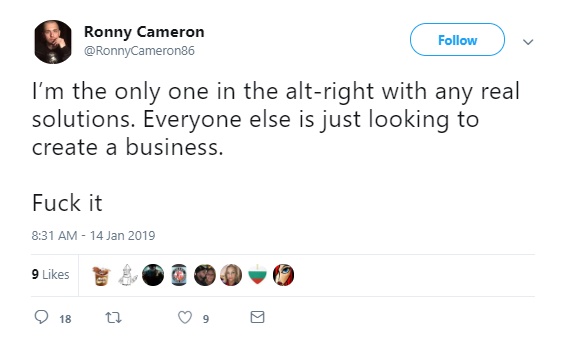 Now Ronny wasn't entirely clear about what resulted in what is his most recent public meltdown, but at least one person commenting had an idea:

Well no, Cameron isn't Jewish, but it did soon become clear who his anger was directed towards. 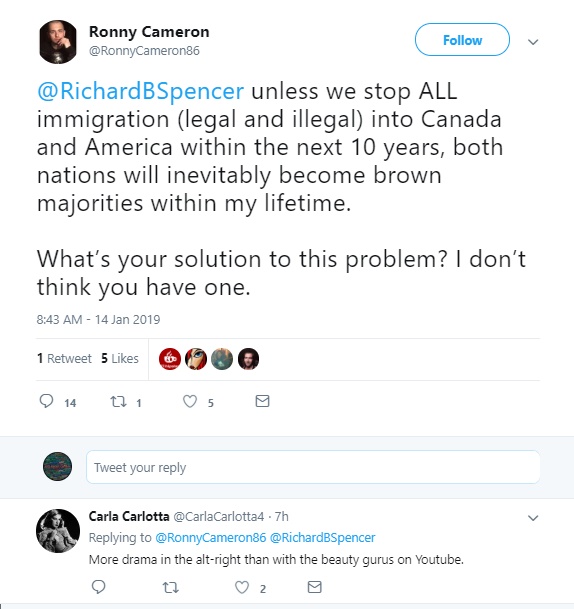 It probably didn't help his mood that the person who humiliated him on the podcast chimed in as well: 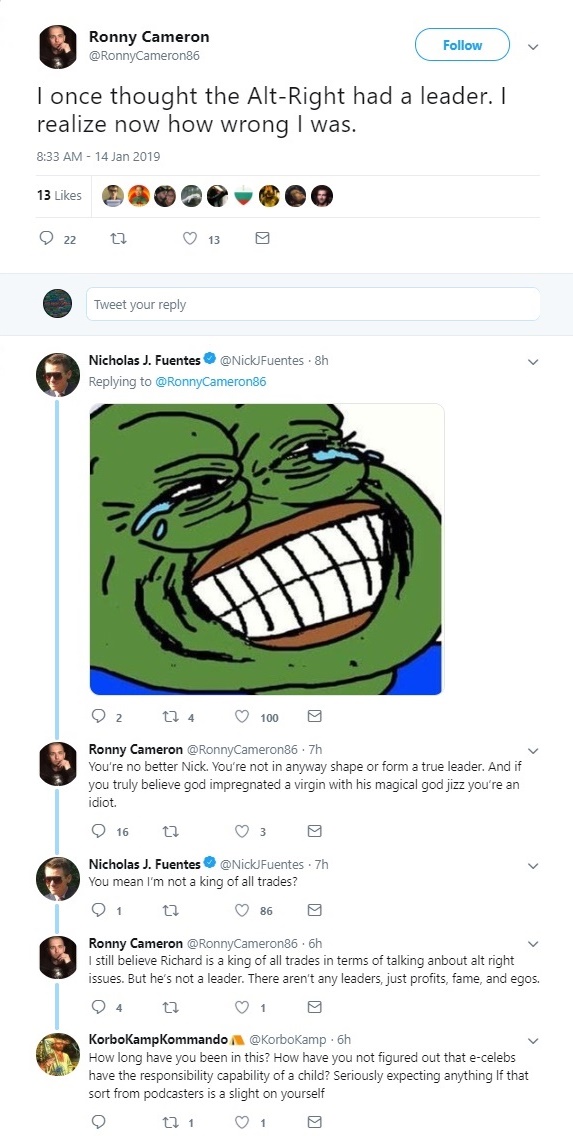 I offer the remainder of the posts without commentary: 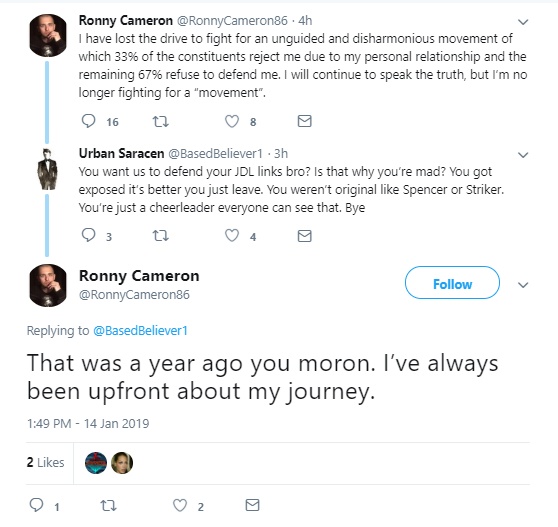 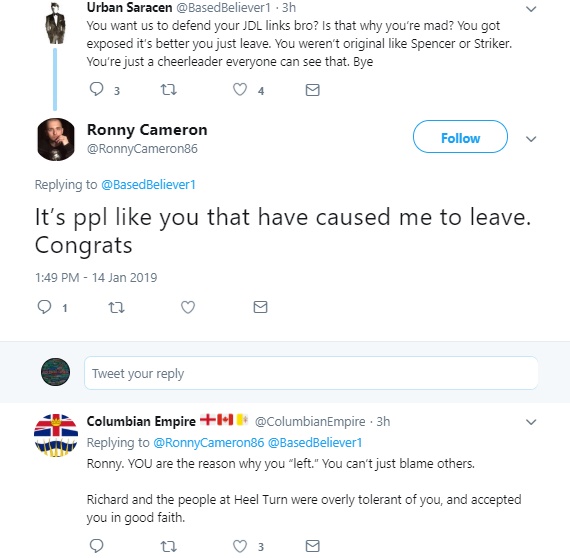 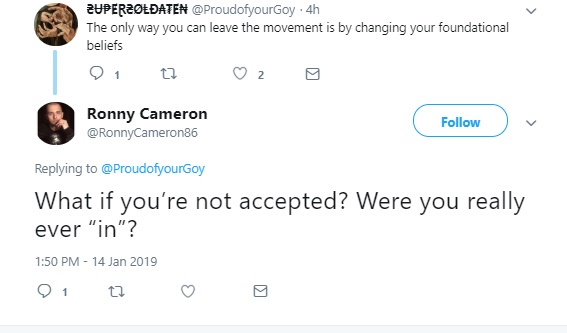 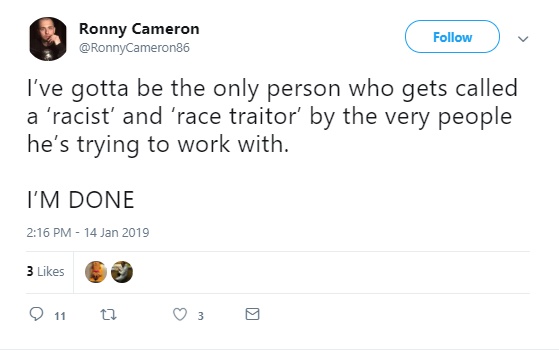 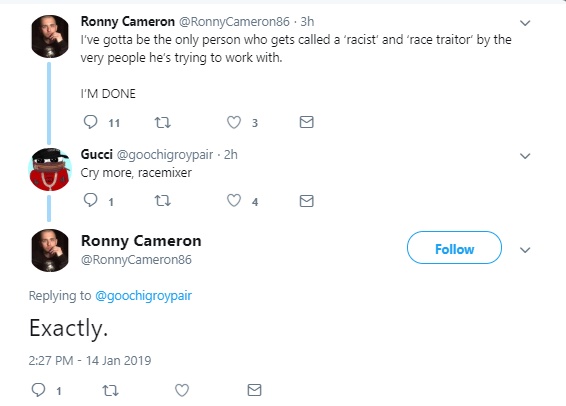 This is dedicated to you.