Islamophobe and "I-can't-be-racist-because-some-of-my-best-friends-are-Black" bigot Ronny Cameron has been promoting himself as a leader of men for some time now, however he hasn't really done much himself other than bother people at progressive events by engaging in poorly argued "gotcha" interviews with attendees after which he declares himself the winner. Most of the time the people he's interviewing let him natter on and then leave him to bask in his own sense of self-importance, a little befuddled and somewhat bemused by the odd figure who accosted them.

Tomorrow though will be Ronny's first significant attempt to show that he is a person to be taken seriously by the fringe movement he wishes to be a player in:


Since there will be a counter rally, some in the media has expressed concern about the possibility of violence, however it should be noted that only one side is really looking forward to such encounters: 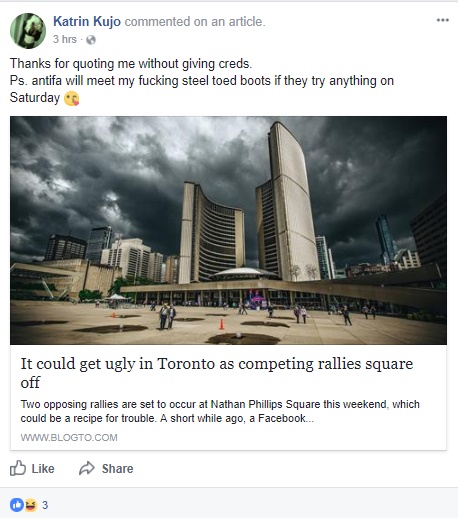 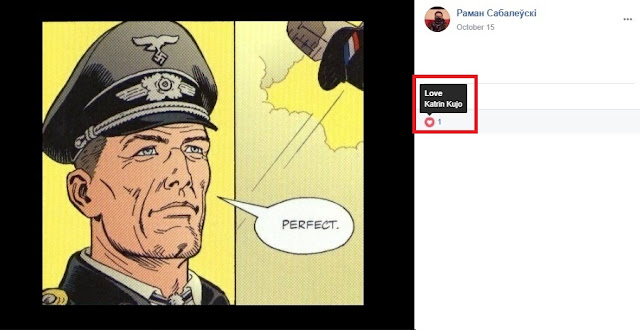 Thus far a little over 130 people claim they will be attending the "Trudeau Must Go" anti-government rally in Nathan Phillips Square on Saturday, though I can't help noticing that some are from places such as British Columbia and New Brunswick which suggests their presence might be more inspirt than in person. There are also several 100 who claim to be interested in attending. Those groups who plan on attending include the Northern Guard, Soldiers of Odin, Canadian Combat Coalition, and members of the Proud Boys: 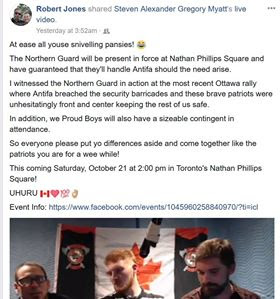 The video posted by Steven Alexander Harald Helga Hildegard Helmut Holdine Hedwig Heidrun Gregory Myatt featuring Georges Massaad as well as Eric Brazeau of the Northern Guard goes on for some time and includes plans for a new council of patriots called the Order which TOTALLY doesn't sound like a fascist wet dream at all. But for all the talk of unity, they can't help themselves from throwing shade on other groups. 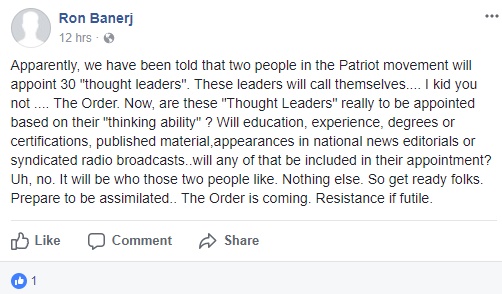 None of this should be too much of a surprise since Banerjee has had a hate on for Ronny for months now. He has now taken to attacking Ronny for not being sufficiently anti-Muslim enough and for his criticism of Jennifer Bush for embarrassing their movement. In a thread discussion of a video "exposé" on Ronny, an argument commences over whether Ronny is a "patriot" or a "little bitch":

The argument continued on YouTube where the video was posted and features cameos by both the JDL and Suffragettes Against Silence hate group founded by Lynn Redden: 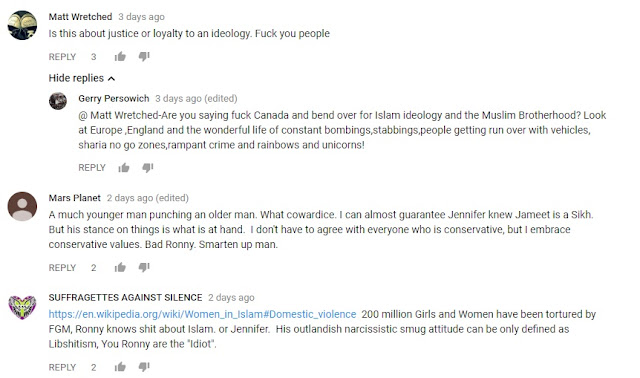 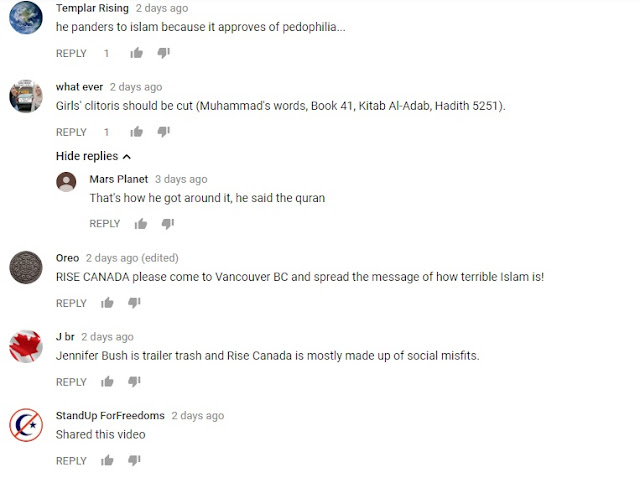 In another missive on Facebook, Banerjee comments specifically about the Myatt and Massaad video resulting in Dena Gallant, Arthur Smitherman, and Lynn Redden adding their $0.02: 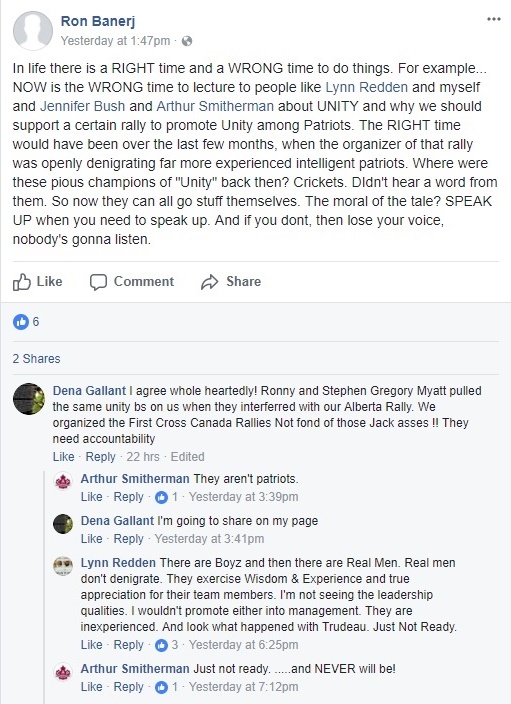 All this makes Myatt and Massaad sad: 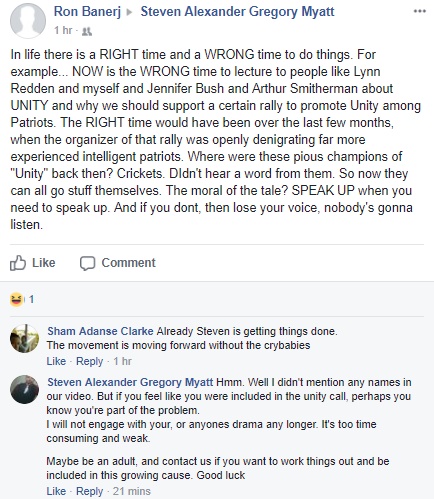 Or dismissive. I mean, either way, right?

But it will be fun to watch, "the Order" crumble because we all already know that they will factionalize within a year.
Posted by Nosferatu200 at 23:52

You mean crumble within the year, right? No way this shit show "Order" lasts until the new year. The way these whiny widdle toddlers go at each other? Mid-December, tops!

I was looking for Ms "Boots" Kujo at the rally but she was nowhere to be found. Might have something to do with the fact that the Kops were at her door this morning, according to her posts on Ronny's event page. Must have been all the threats about "steel toed boots" she was uttering on social media for the past few days.

No, she was there. I saw her in a few videos and some photos of the event.