When the Justin Trudeau visited Spruce Grove, AB on October 20, the folks in the WCAI took notice.... and really did nothing about it other than write about how if they had the chance they would totally burn with their wit. 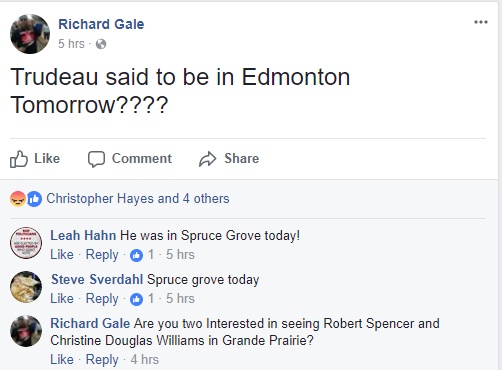 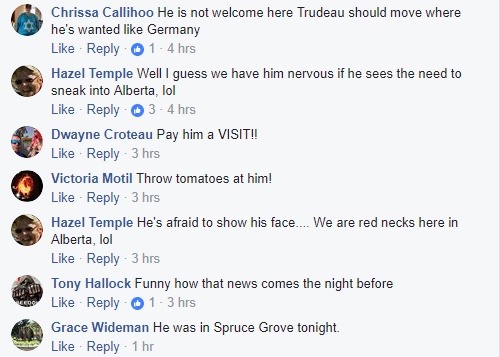 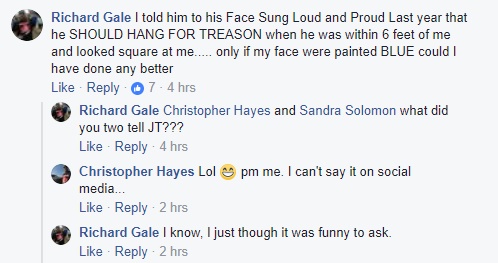 Yeah, it's funny I guess because Christopher Hayes was convicted of threatening the Prime Minister. I guess Chris and I have very different senses of humor.

Among Hayes' latest efforts has been to organize an "Anti-Anifa" rally in Regina. Since his planned rally is scheduled for November 4, I can only assume that someone as credulous as Hayes has bought into the "antifa are starting a civil was on November 4!!!!" paranoia hook, line, and sinker.

However for much of the time he has been promoting the event, Hayes' was stuck at only 6 people who claimed they would be attending:

As a result, Hayes appears to have been a bit humiliated and resorted to begging which really is quite unseemly. Of particular interest however is his claim that he will be "retiring" from the WCAI and that people attend his sad little rally as a personal favor to him: 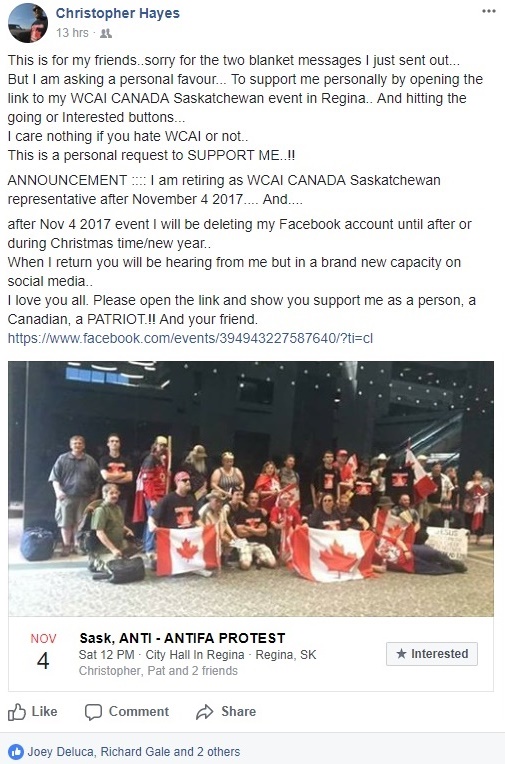 Finally, when he calms down, he alludes to his future plans after the rally:

As of this moment, 14 people now claim they will be attending Hayes' rally. Joey DeLuca also suggests he and others may head east to participate, though he seemed rather noncommittal about lending his support more than just posting the occasional link to the event page until fairly recently: 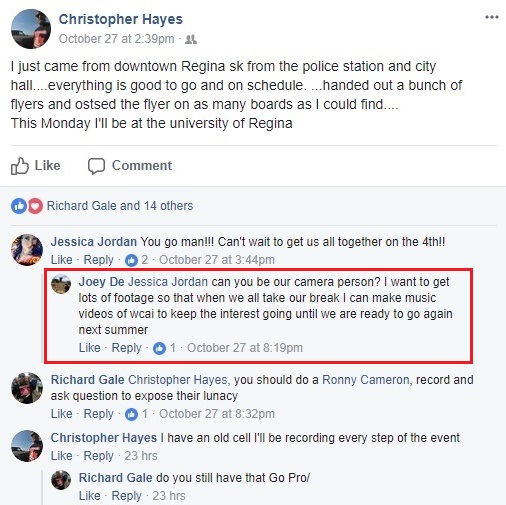 We'll see if people actually do show up because while 14 or more may feel sorry enough for Hayes that they will appear, he probably shouldn't expect this event to be any more successful than his previous efforts. 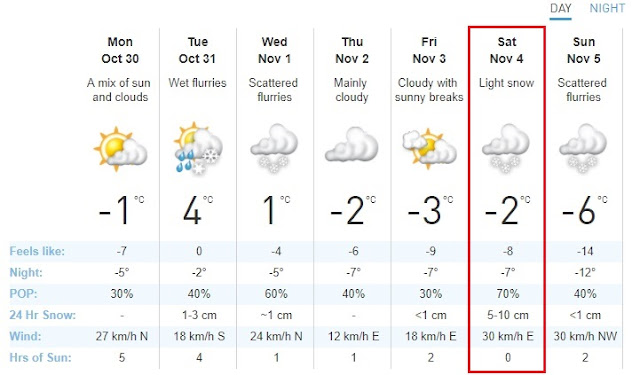