Belated on my part I should note.

Thanksgiving is a holiday that I feel particularly conflicted about. On the one hand the modern sentiment behind it is laudable; expressing gratitude for one's family and good fortune as well as a commitment to help those who have not been as fortunate. On the other hand, First Nations peoples continue used as props commemorating the holiday on a continent in which the settler governments did their damnest to wipe said First Nations peoples from the land they have occupied for between 25,000 and 15,000 years (and perhaps longer as more archaeological discoveries continue to be made). Those efforts included extermination as well as cultural genocide.

So while we might loves us some turkey and pumpkin pie, we might also understand that First Nations peoples' perspective on Thanksgiving would very reasonably be a much more somber affair. I would like to think reasonable people who have at least a rudimentary understanding of the history of this country would try to understand this point-of-view.

Not troubled by such sense of decency, knowledge of history, or any social decorum however is one Ronny Cameron: 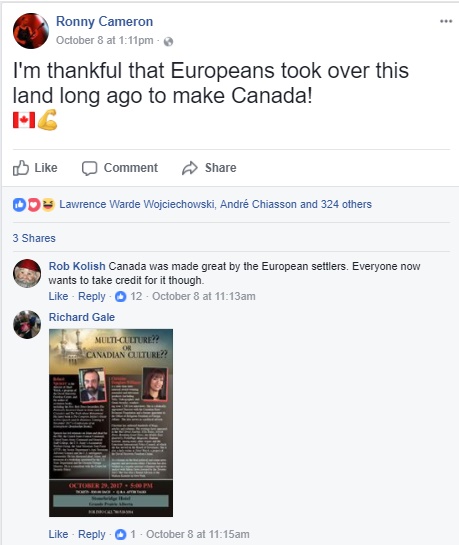 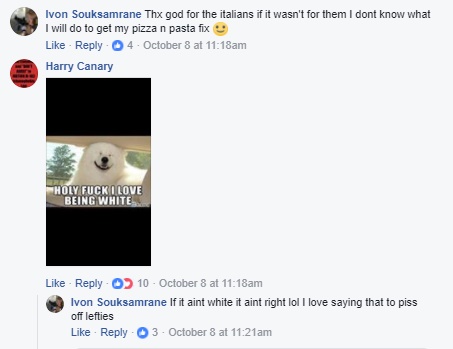 Now on the one hand this might be just thought of as Ronny being Ronny, like Ivon who enjoy's pissing of "lefties" and as another person gleefully states in the thread that he shared this to troll liberals, and he is simply trying to be a dick. Of course that hardly fits with even the spirit of the modern interpretation of the....

Well, come to think of it, maybe pissing off people has become a tradition? I mean, we all seem to have at least one racist single uncle who we seem obliged to invite over for dinner but then regret it almost immediately as he regales us with his theories about free masons, chemtrails, and for reasons I still can't understand an acute antipathy towards the people of Denmark. Then he gets drunk on cherry cordials, argues with my father claiming to know more about agriculture than my father (a life long farmer) despite his rarely leaving Winnipeg where he was raised because he watched a video on organic farming on YouTube all the while my mother mutters that he's the reason grandma had a nervous breakdown and is in the hospital this year. Plates may or may not be broken by the end of the evening.

I mean, we've ALL been there, right?

In any case, while his objective might be to "trigger" progressives, he also seems to believe his own rhetoric: 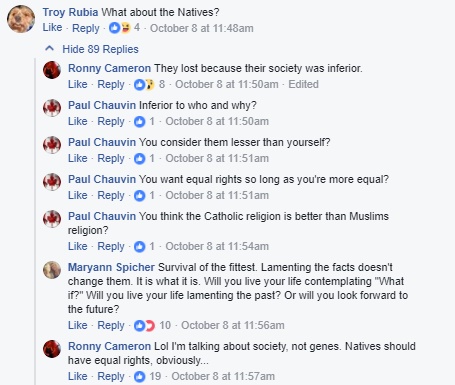 That's mighty white of you Ronny.

At this point, in the spirit of Thanksgiving, I would like to offer thanks for social media. Sure, it really often is a hive of scum and villainy, but at least it helps to expose who these people really are, how they think, and dispels any pretense that they aren't the bigots they continually prove themselves to be: 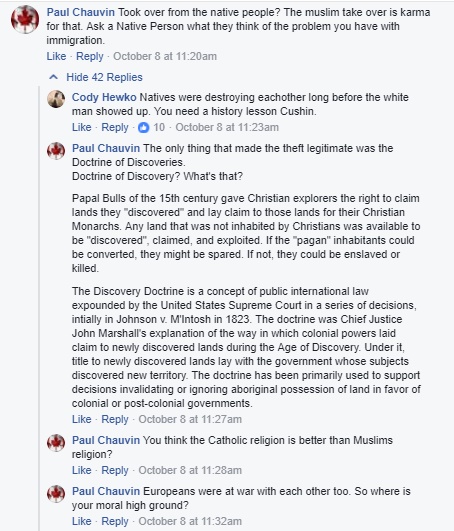 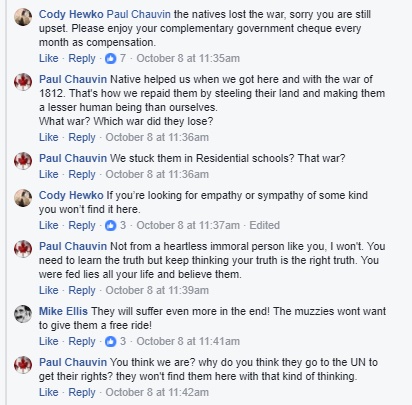 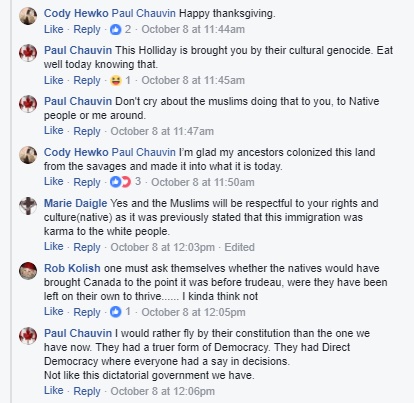 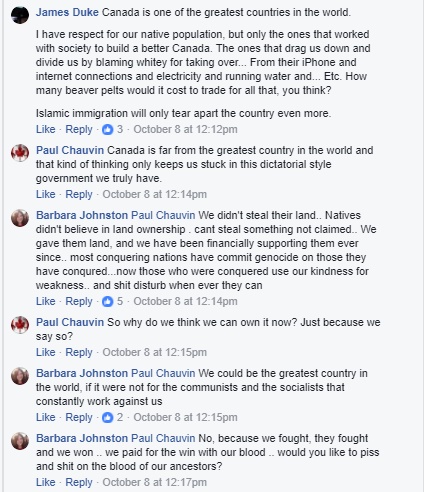 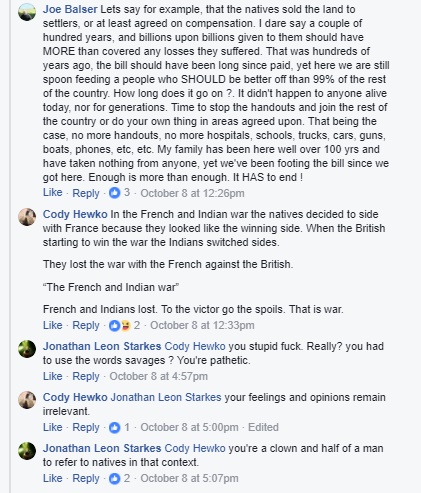 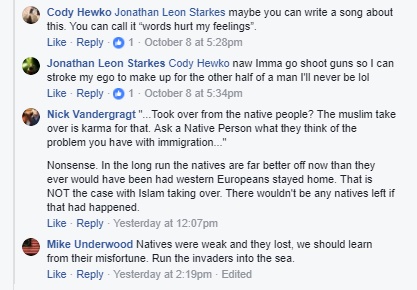 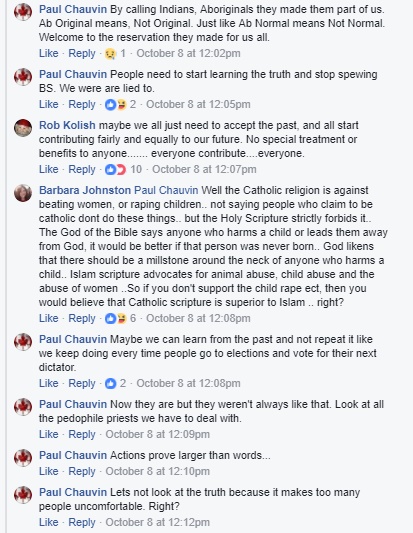 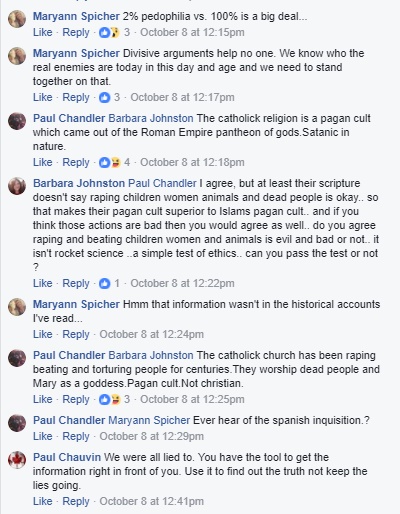 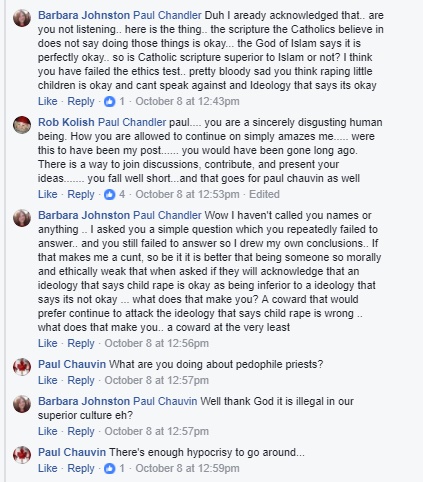 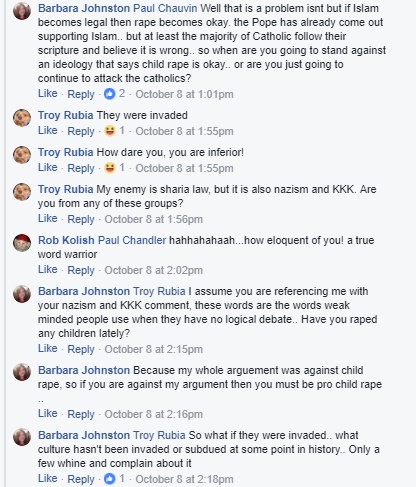 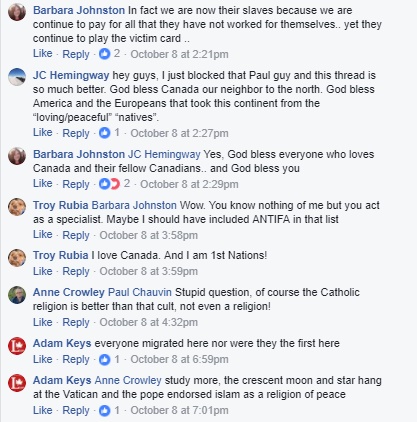 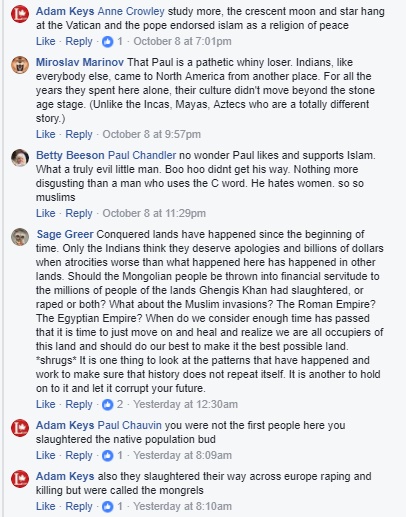 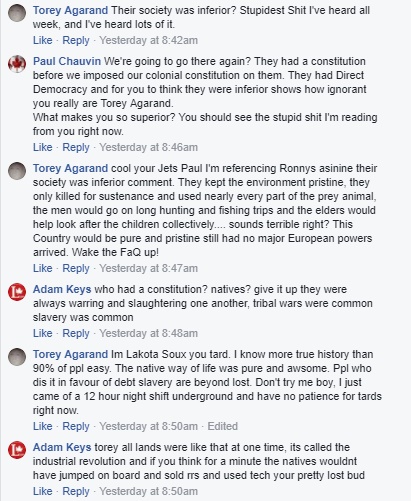 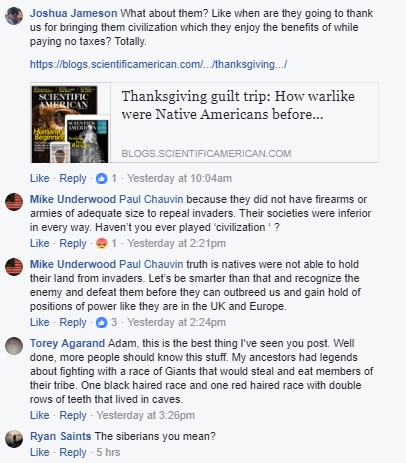 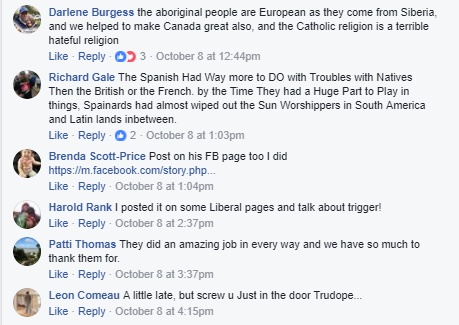 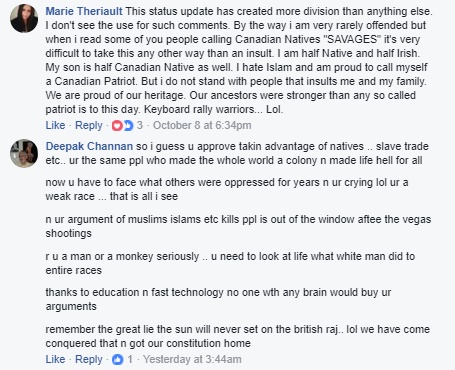 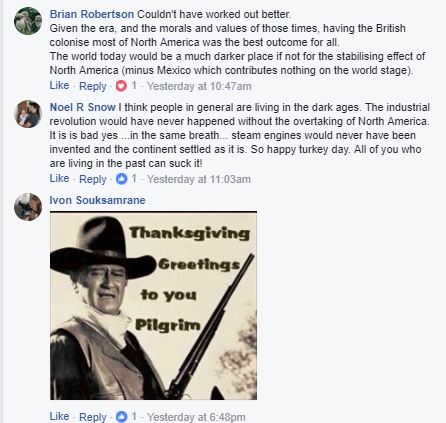