Hamilton, Halifax, and More on Pegida Rally in Toronto With Special Appearance by a Former Canadian Nazi Party Leader

ARC spent the weekend covering the Pegida rally in Toronto and counter-protest as well as the events that resulted afterward, however we neglected other important news of the day.

In Hamilton, the Yellow Vesters continued to protest outside city hall as they've done since the winter. The extremists who attacked members of the LGBTQ community at the Pride event the previous weekend weren't there as they were participating in the Toronto Pegida rally (and then assaulting counter-protesters there too), but there was still a contingent in Hamilton including a few familiar faces: 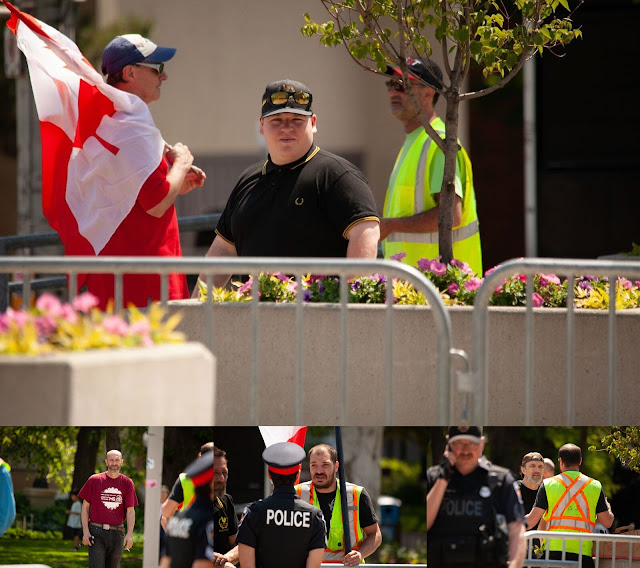 Justin Long, associate of Paul Fromm and antisemite in his own right, was expected to be present however this has marked one of the few times that Tim "Braying Jackass" Kelly and his Proud Boys (many of whom seem to have more gray hair than I do thus stretching the definition of "boy" well past their best before date) since the Tim vs. Tim episode.

Moving on to Halifax, Steven Garvey has been inexplicably trying to make inroads into a city that has no interest in him and his ideas. He's been told this in no uncertain terms but he just can't seem to let it go. This weekend he was shown yet again that he and his National Citizen's Alliance are not welcome:

Evidently 3 members/supporters of Garvey showed up at his rally.

They were met by 150 people who told him to take off:

As in Hamilton on June 15 and Toronto this past Saturday, there was an incident in which counter-protesters were attacked:

@GoodRobotBrew this does NOT look good 👎

This is the leader of the "Nazi Clown Party" Stephen Garvey and his supporter Jason Fraser enjoying brews at your business. I hope you realized they both assulted someone yesterday.#goodrobotbrew #nspoli #cdnpolihttps://t.co/zZ90jvG0Lv pic.twitter.com/2P1mOYdlJD
— Ⓐtlantic PoliSci🏴🚩 (@AtlanticPoliSci) June 25, 2019


Oh, but don't worry. An arrest was made.... of someone who knocked off Garvey's baseball cap:

Some of the local media in turn is focused on whether or not it is polite to damage a racist sign:

Q104 has a poll asking if it's wrong to remove a hate group's sign.

If you care more for some hate group's sign than protestors being assaulted by the NCA and arrested by police, then you must be challenged. Don't sympathize with white supremacists.#nspoli #cdnpoli
— 🏴 Halifax Against Hate 🚩 (@HFXAgainstHate) June 24, 2019

We have good reporters out there, but, we also have a problem of spin and disinformation in news.

Not a new conversation, but still relevant, and a problem.
— 🏴 Halifax Against Hate 🚩 (@HFXAgainstHate) June 24, 2019

Alternatively, they've decided to give a racist a platform:

Back to Toronto, Rick Boswick had a court appearance today for his harassment of a Toronto-area journalist. He has been ordered to make another appearance on July 15. In the meantime he claims that they have filed criminal charges against counter-protesters who, you know, they attacked on video.

But before I get to the rally, an interesting development has occurred: 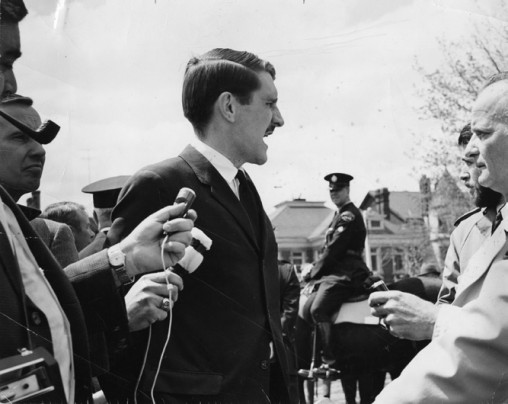 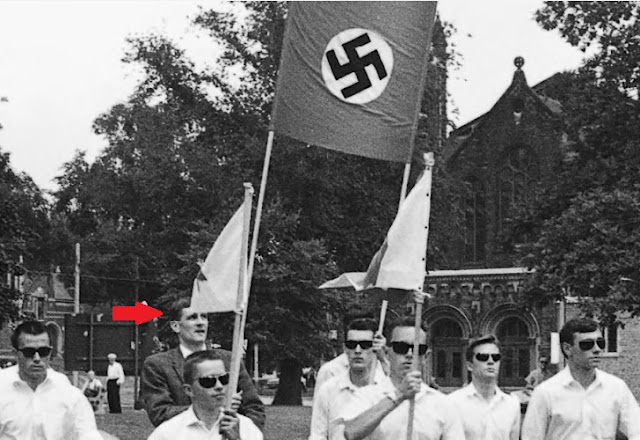 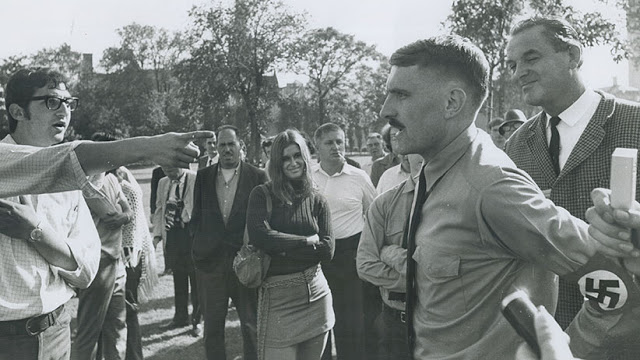 ARC has written about John Beattie, former leader of the Canadian Nazi Party from back in the 1960s as well as the more current though equally racist British People's League, for years now. More information can be found on these sites in addition to ARC


The man is now in his 80s at least, but he's still as nasty a bigot as he ever was.

ARC has written about Beattie's support of the Canadian Nationalist Party led by Travis Patron, but it also seems that he has networked with people associated with the Pegida rally in Toronto on Saturday:


Special shout out to yours truly. ;)

The two individuals claim to have been present at the rally on the side of Pegida. They destroy the idea that Pegida Canada isn't anything but a hate group.

No doubt the people with Pegida will deny this, but given what their supporters such as Wayne Peters believe, it is hard for them to argue otherwise:

They're only fooling themselves if they genuinely believe themselves to be the victims: