Sometimes one reads a story and walks away hoping that everyone involved crashes and burns: 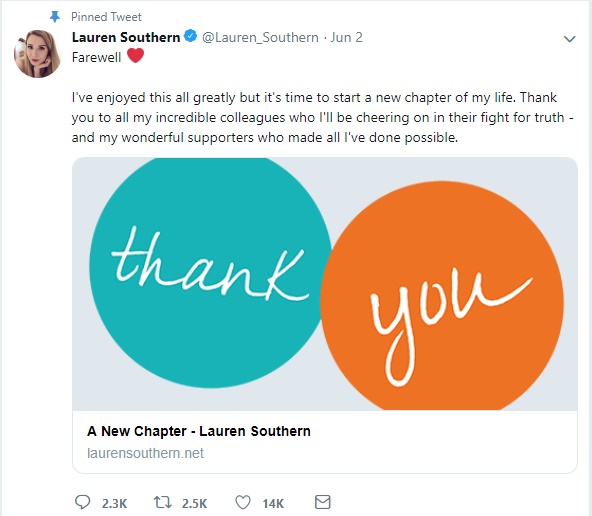 I hadn't planned on talking about Lauren Southern, who had just released another in a line of dubious propaganda films, since among other things  I didn't think her "retirement" was a real; I was sure she would pop up again like a bad rash when she decided she needed affirmation from her particular army of incel alt-righters. I'm still not convinced that she's gone for good, but the timing is especially interesting in light of a story posted by alt-right (or at least alt-right adjacent) personality Milo Yiannopoulos to his blog: 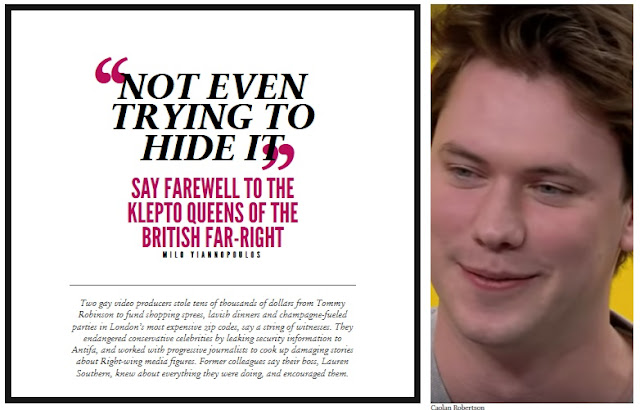 Readers may remember the name Caolan Robertson as he was featured in a controversy regarding his time with Ezra Levant's "Rebel Media" where he was once employed. In fact the Yiannopoulos post discusses this incident at some length. The article discusses how Robertson and his partner George Llewelyn-John are lying grifters who stole from the likes of Stephen Yaxley-Lennon and who spend their ill-gotten money lavishly on themselves.... which I think is a rather rich accusation since Yiannopoulos is a grifter who spends money lavishly on himself. However the parts dealing with Lauren Southern are what I find to be especially interesting considering that Yiannopoulos and Southern, who worked with Robertson and Llewelyn-John on both the propaganda film released in May of this year as well as a strategically edited (ie. lying) ambush of a human rights lawyer representing refugees in Greece, at one time were thick as thieves: 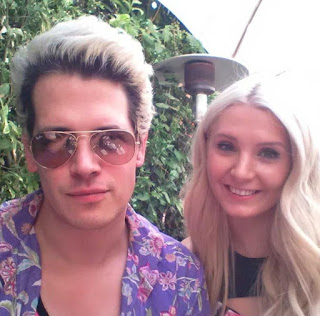 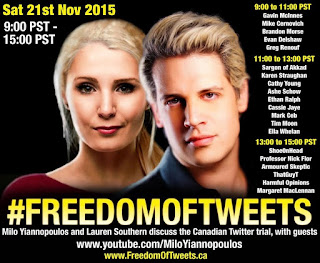 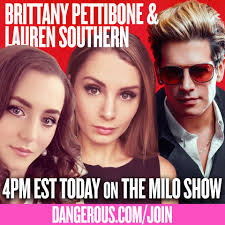 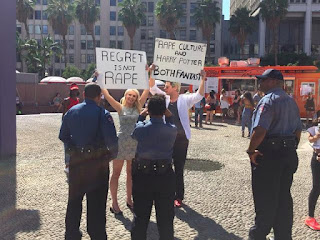 That relationship seemed to be at the very least on shaky ground when plans were being made for an Australian tour which ultimately collapsed:

Given his desire to be the center of attention and to undermine those who he believes are challenging his status as well as the rather obvious professional (if one can call what these people do as a profession) jealousy one might be inclined to take Yiannopoulos' bitterness with a grain of salt.

Still, there's certainly enough here to indicate just how awful everyone involved in this really are: 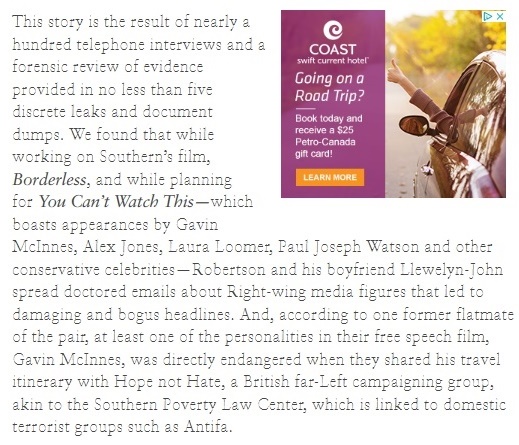 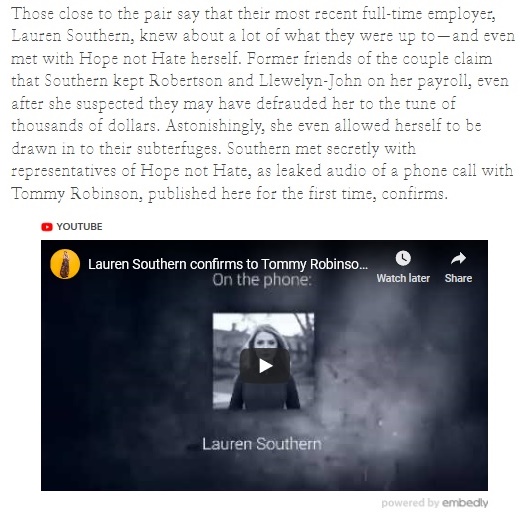 Other far-right/alt-right/white nationalist personalities are pulled into this as well. That Laura Loomer, who seems to have no love for Southern, would use the opportunity to attack her isn't a surprise:


Of special interest to readers of this blog though is that Yiannopoulos appears to confirm what ARC and others have speculated about Southern's and Faith Goldy's relationship:

The remaining relevant information refers to Southern's retirement and her communication with Hope Not Hate, a British anti-racism organization (give them a follow on Twitter if you aren't already) 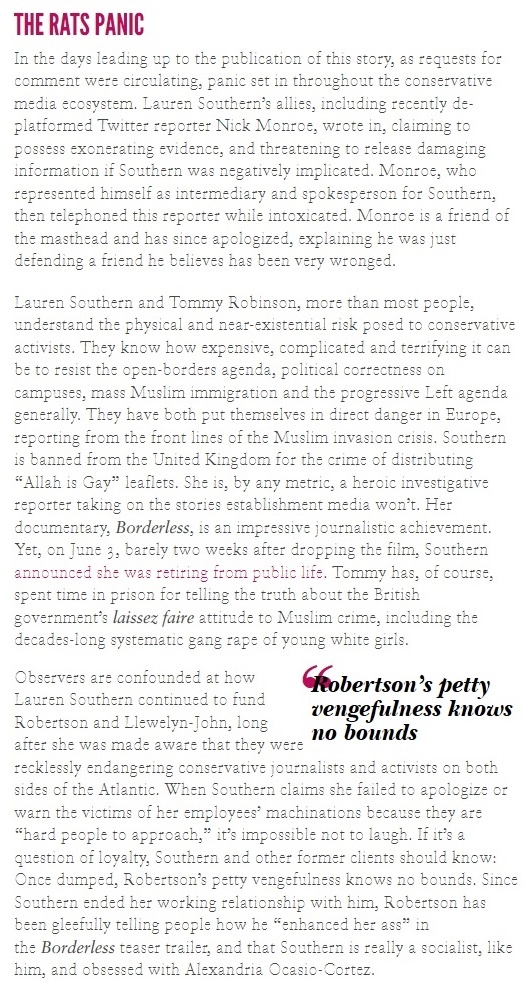 Finally, because Milo Yiannopoulos (like others of his ilk) simply can't help himself, he needs to speculate on the reason for Southern's decision to leave public life: 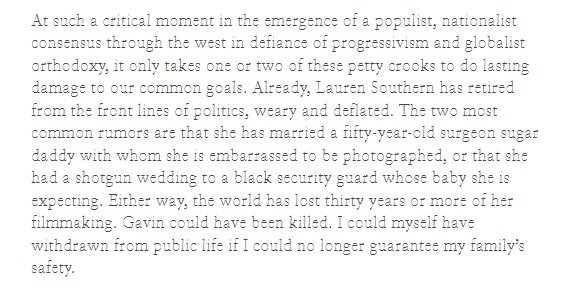 If those two kids couldn't make it in this crazy world, what hope is there for the rest of us?

Screw the lot of 'em. 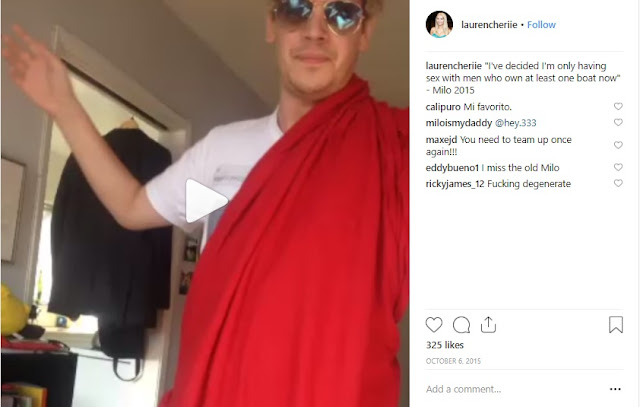