I'm going to provide an update on what occurred when members of a number of hate groups attacked participants at a Pride event in Hamilton momentarily, but I first need to discuss events that took place in Vancouver at an anti-SOGI rally:

And a scuffle breaks out between a few people on both sides of the rally. Luckily security was able to stop it before it escalated. @NEWS1130 pic.twitter.com/p6YQdNePBb
— Taran Parmar (@Tarankparmar) June 15, 2019


Among those attending this event was former PPC candidate Laura Lynn Tyler Thompson, a longtime anti-LTGBQ activist and who is associated with far-right evangelist Pat Robertson and "Rebel Media": 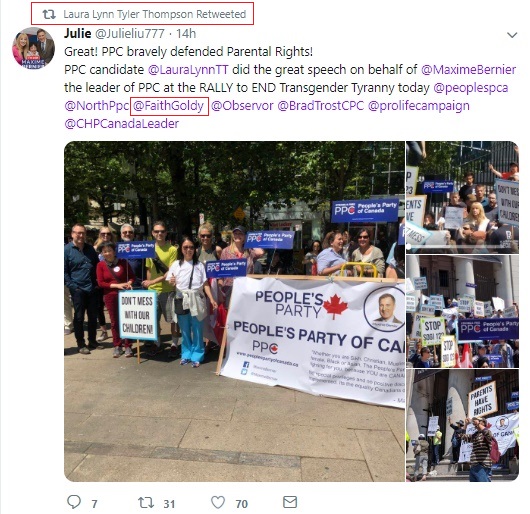 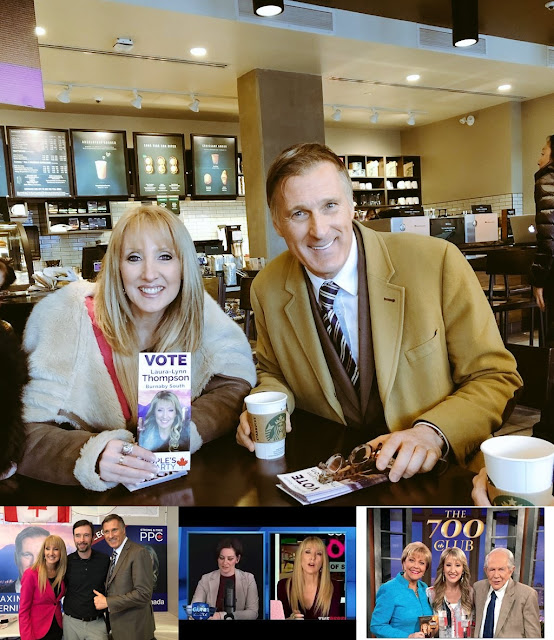 We can also add another group that she has willingly associated herself with:

Controversial speaker @LauraLynnTT up next, gets loud cheers from her supporters here. She says she and other parents aren’t being hateful when they oppose SOGI or transgender rights. @NEWS1130 pic.twitter.com/UxMHjMH9O8
— Taran Parmar (@Tarankparmar) June 15, 2019

The hate group “guarded” by a white supremacist. What are “Christians” doing with these people? Fight back folks. #cdnpoli They want to take us backwards. Don’t let them. pic.twitter.com/DNCC2k8nsk
— Rich Overgaard (@RichTweets) June 15, 2019


This isn't the first time Tyler Thompson was found to be associating with the Nouns of Odin:


At the time Tyler Thompson denied knowing anything about the SoO while at the same time defending their right to attend the anti-LGBTQ event back in October 2018: 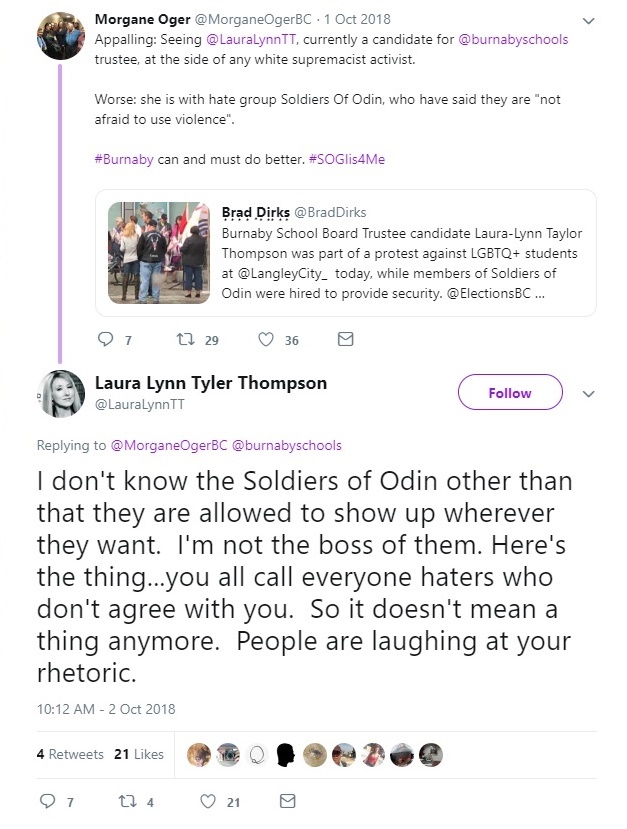 I'm not sure that Ms. Tyler Thompson  claim that she doesn't "know" the SoO any longer since it has been further claimed they were hired to provide "security" for the event yesterday.

Truth be told, there was quite a bit of trash attending the anti-SOGI:

What about this person flashing the same sign? How many white supremacist groups were there, I wonder.
This is troubling. pic.twitter.com/OcikhKuPC1
— Morgane Oger (@MorganeOgerBC) June 16, 2019


UPDATE: Shoutout to Edmonton Against Fascism for figuring out who our red head friend is. Ladies and gentlemen, meet Ian Kelly (who has two Facebook profiles): 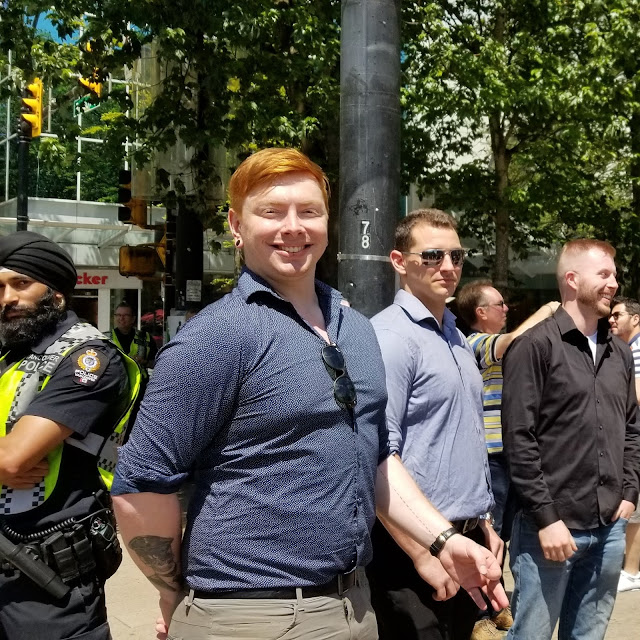 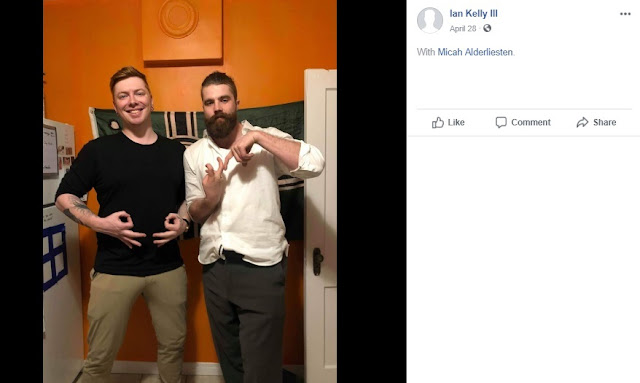 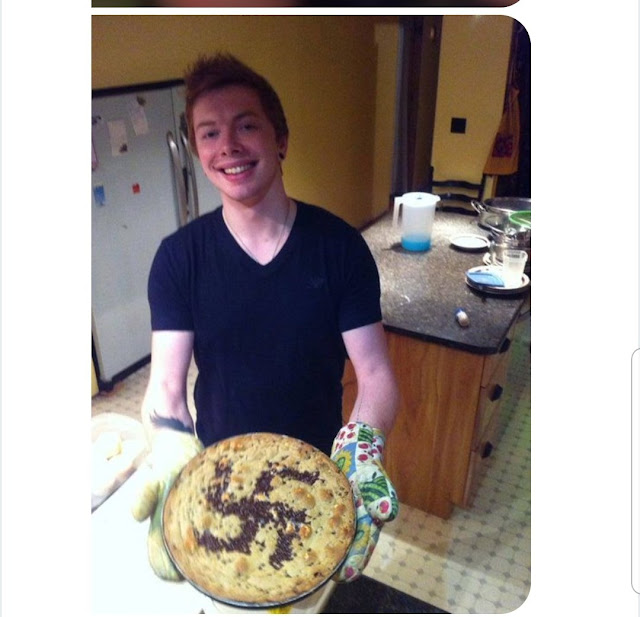 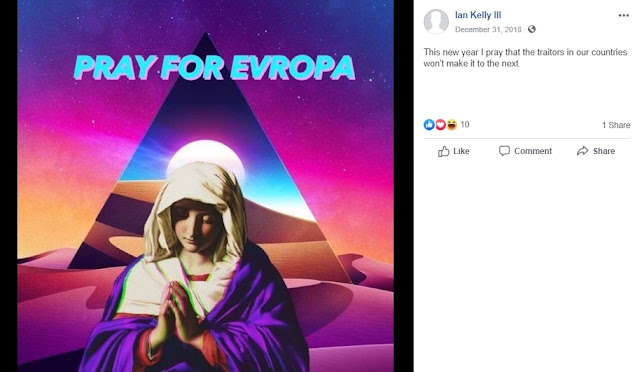 Given Tyler Thompson was a PPC candidate and I understand will be again during the upcoming federal election, I think this is an appropriate segue into the update concerning the assaults that took place in Hamilton:


Yellow Vest (and former Canadian Combat Coalition) member Rick Boswick seen in the above Tweet greeting Max Bernier at the Ottawa Yellow Vests protest in Ottawa posted a video of less than two minutes that he seems to believe totally exonerated the homophobes and will result in a mass arrest of the counter-protesters opposing them: 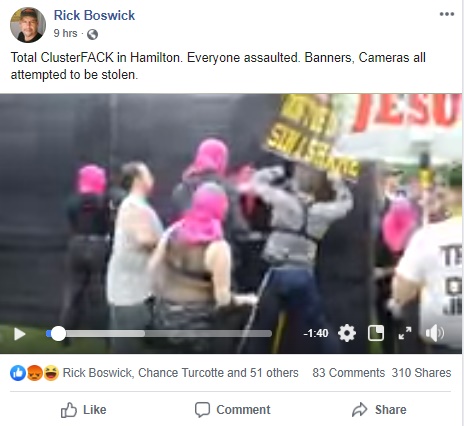 As YVCE shows however, the opposite is true:

3. Here’s a past tweet of a clip featuring Boswick and Moretti after they harassed Dunnville #pride. https://t.co/EV2PmjEvZi
— Yellow Vests Canada Exposed (@VestsCanada) June 16, 2019

4. Watch the left side of the frame, where alias “Might Guy,” wearing a Threepers paintball vest and helmet punch an activist. Just prior to this that activist pulled Might Guy off a group of other activists. pic.twitter.com/WbszAvjjfe
— Yellow Vests Canada Exposed (@VestsCanada) June 16, 2019

Behold the power of silly string!

6. After his sign is taken away, the guy in white rushes two anti-fascists. pic.twitter.com/GvQxRPWja1
— Yellow Vests Canada Exposed (@VestsCanada) June 16, 2019

8. After an anti-fascist pulls Might Guy off another activist, he throws a punch at her. pic.twitter.com/tNtzpKg5pt
— Yellow Vests Canada Exposed (@VestsCanada) June 16, 2019

10. All of these clips were obtained from an edited video uploaded by Boswick lasting just over a minute and a half. This is the footage he chose to “take down antifa.” He later went on @Facebook live and claimed that the footage exonerates him and his friends. We disagree.
— Yellow Vests Canada Exposed (@VestsCanada) June 16, 2019

Now despite their claim to have been the victims, the reaction of Boswick's and Storie's supporters can see who the aggressors were and are supper happy about it all: 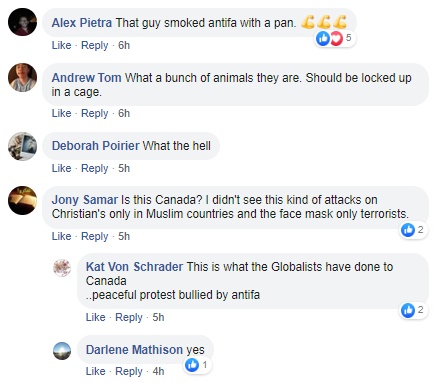 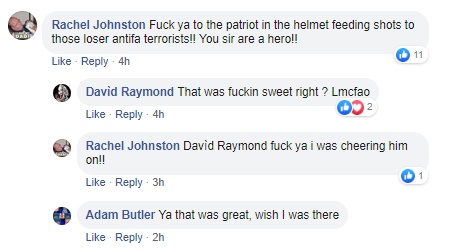 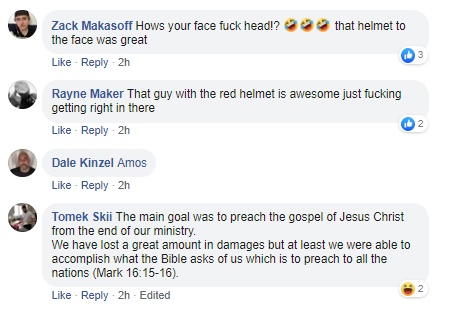 YVCE exposed has other examples:


The one screenshot I find especially interesting is this one though: 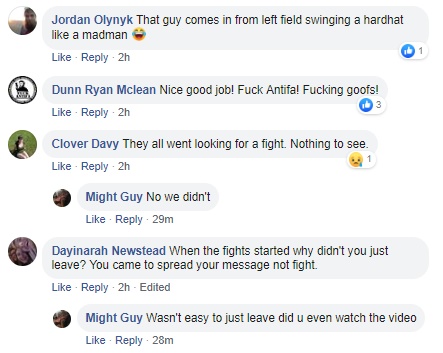 "Might Guy" claims they were not there looking to fight.

Here is "Might Guy" wearing a helmet and body armor: 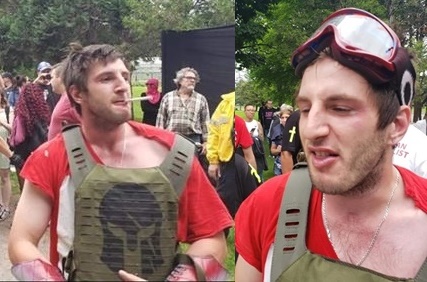 And her is a post celebrating his blindsiding counter-protesters with said helmet being used as a weapon: 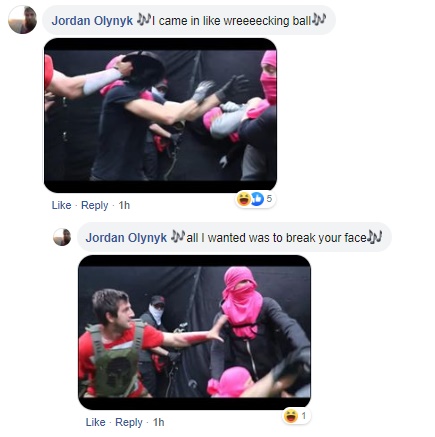 Nope. Not looking for a fight at all.

They weren't done after they left the park. The following video was taken from from one of their Facebook profiles. It shows them continuing to harass and attack people they believe are participants in the Pride event:

the hate preachers didn't stop after police escorted them away from the Hamilton pride event. in this video you can see them on the way back to their car, chasing young people in the street & yelling "come here you little fuckers". if this is who gets into heaven, i welcome hell. pic.twitter.com/RypRS3dUl1
— Bob Nesta Makhno mistake🏴 (@GilletteMachNo) June 16, 2019


the hate preachers didn't stop after police escorted them away from the Hamilton pride event. in this video you can see them on the way back to their car, chasing young people in the street & yelling "come here you little fuckers". if this is who gets into heaven, i welcome hell. pic.twitter.com/RypRS3dUl1
— Bob Nesta Makhno mistake🏴 (@GilletteMachNo) June 16, 2019

But yeah, according to the Christian Taliban, Yellow Vesters, and their supporters, they were the victims.

Not surprisingly this event will be used to justify further acts of violence committed by these "victims" at future events: