Chris Vanderweide Arrested and (Wait For it) Far Right Infighting

As a result of his actions (assaults) in Hamilton at a Pride event and Toronto after a Pegida rally, Chris Vanderweide had been ridding rather high as a result of the praise he had been receiving from members of hate groups such as the Northern Guard, the Canadian Nationalist Party, and the Yellow Vesters including Rick Boswick and Derek Storie who are now seemingly advocating the killing of their ideological opponents:

by chasing the white nationalists & other gaybashers away from Pride events in Toronto on saturday, Rick says anti-fascist LGBTQ community members were forfeiting their right to breath, to exist, & to all human rights. sounds like he's been hanging out with too many cops... pic.twitter.com/mYvCMSLIlc
— Bob Nesta Makhno mistake🏴 (@GilletteMachNo) June 26, 2019

to the anti-fascist demonstrator who was hospitalized, Rick says they're lucky it was a hospital & not a morgue. i wonder if his dad watches these videos & feels any regrets about his life. pic.twitter.com/3xNRzsalGu
— Bob Nesta Makhno mistake🏴 (@GilletteMachNo) June 26, 2019

look at this goofy ass cartoon villain. you're a grown adult, sir, stop running around playing make belief with your sidekick before you give yourself an aneurysm. maybe /you're/ the reason you're unhireable & your life is shit? pic.twitter.com/uurVzXTGlK
— Bob Nesta Makhno mistake🏴 (@GilletteMachNo) June 26, 2019


Vanderweide himself had taken to bragging about his crimes online (while adding a new one).... 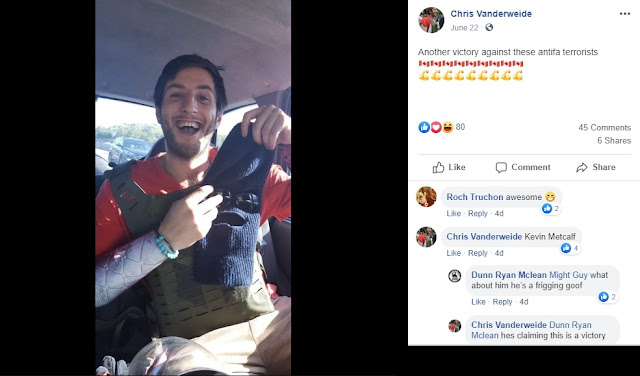 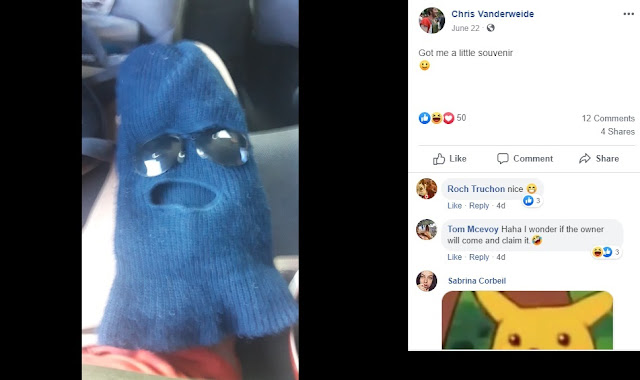 He also started making promises to appear elsewhere... as well as indicating he really doesn't understand the meaning of memes:


Yesterday morning Vanderweide continued acting in a manner that indicated he considered himself untouchable: 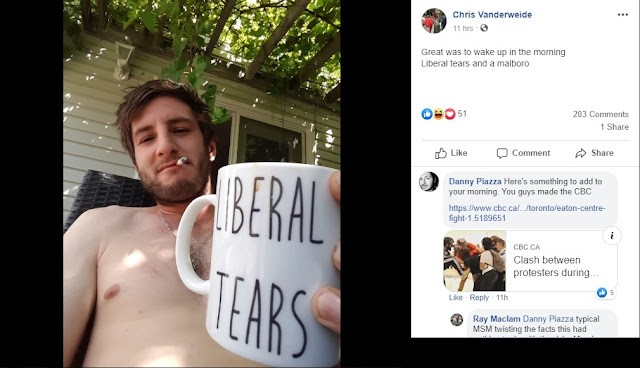 Well, life sometimes comes at you hard because shortly after posting this.... 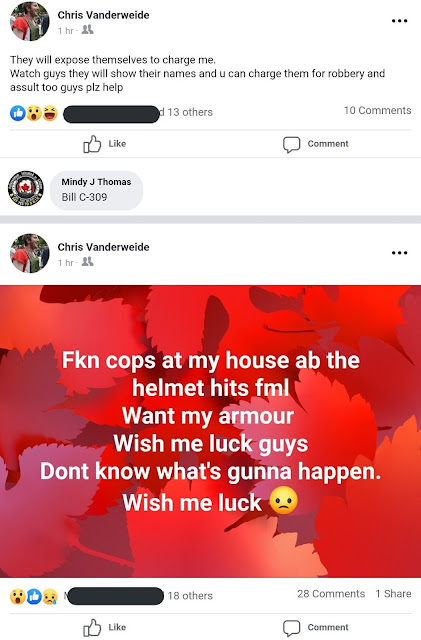 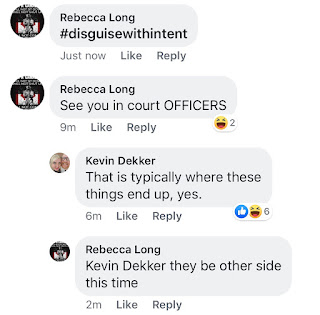 Yeah, he was finally arrested yesterday:


Better late than never I suppose though there is at least one or two others who should be facing the same charges.


Derek Storie posted a sad video in which he claimed that Vanderweide was ONLY protecting Christians "who couldn't defend themselves" which is a rather laughable claim as well as the belief that Vanderweide could get off using the Good Samaritan defence:


Not sure how beating people with a helmet would constitute acting as a goof Samaritan, but you do you Derek.

A "Nothren Guard" vp from Kitchener has also decided to set up a fundraising effort on Vanderweide's behalf: 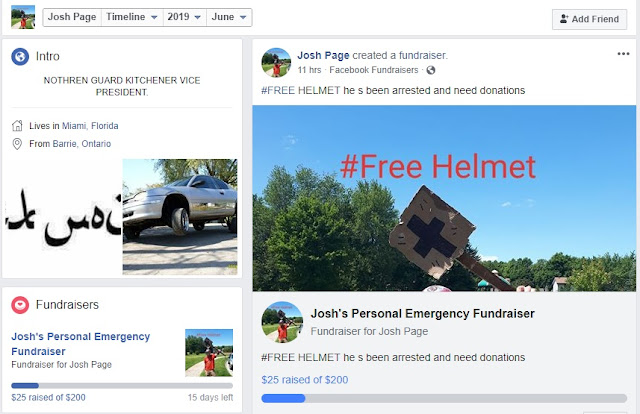 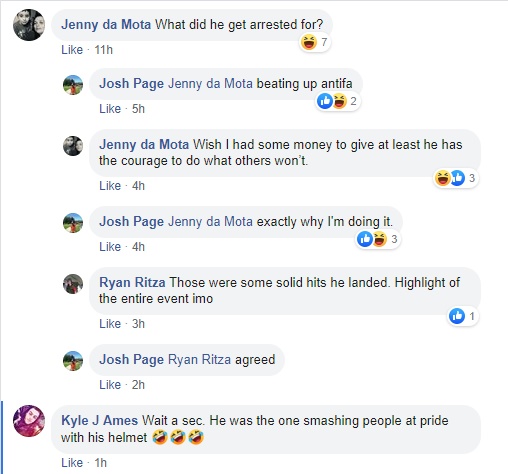 One one think a ranking official of a hate group would be able to spell the name of that hate group correctly, but, well, there you go:

While a lot of the far-right "patriot" community have defended Vanderweide's actions, praise isn't universal: 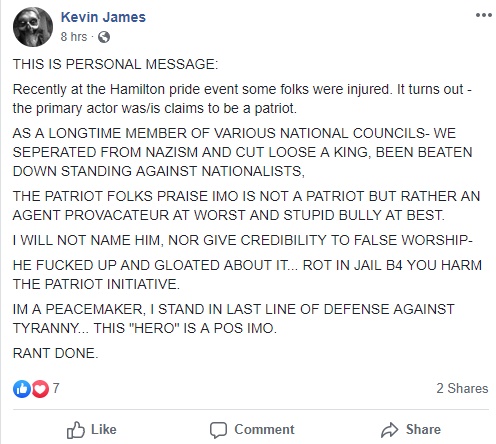 One thing people noted is that while Vanderweide was associated with the Wolves of Odin (as opposed to the other two Nouns that exist), he appeared to be the only one in Toronto.

The other members instead went out for ice cream: 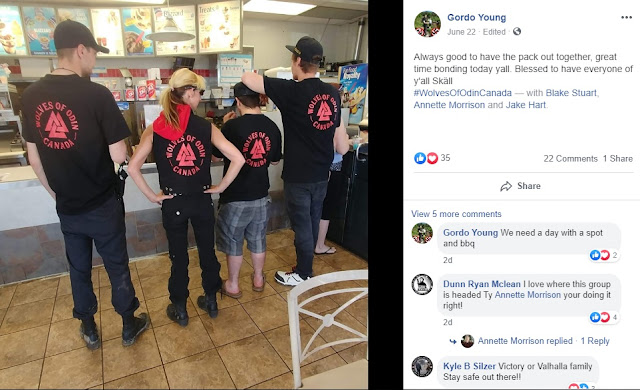 Turns out the WoO aren't happy that the Northern Guard are poaching their members: 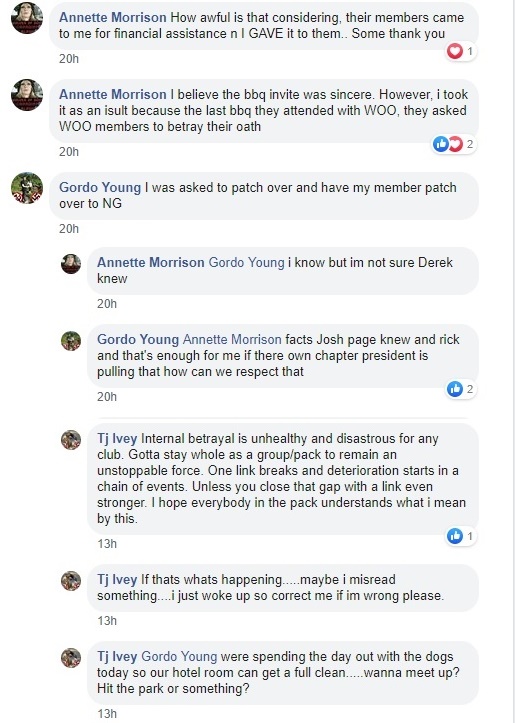 ARC had posted a screen shot of WoO "queen/alpha/lord of dogtown/duke of earl/king kong" Annette Morison having a bit of a cryptic fit the day after the Pegida event:

Her passive aggressiveness continued through the week: 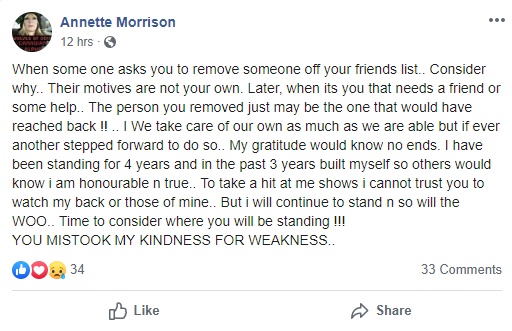 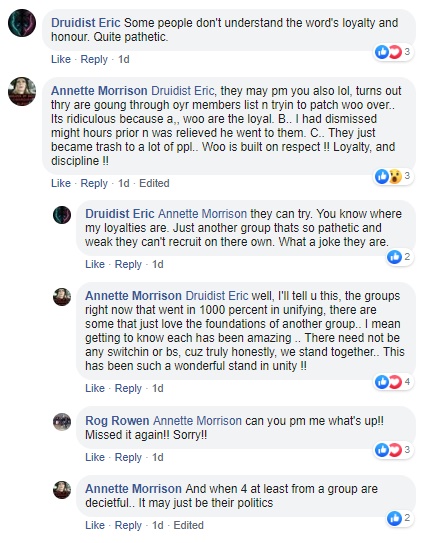 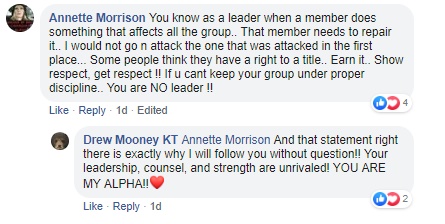 I'm sorry, the the "Alpha" talk is just weird as hell!

In any case, after the first post we had speculated about whom she might be upset with (besides the Northern Guard as an entity). Our belief that it was likely Vanderweide himself was confirmed by him in these screen shots that he quickly removed.... though not quickly enough: 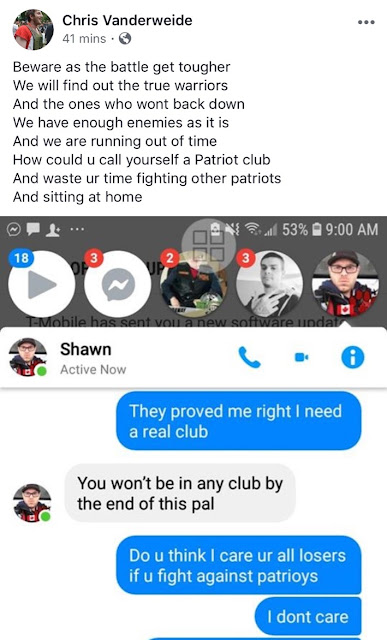 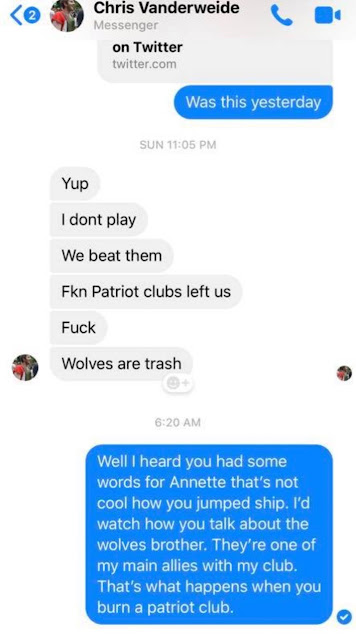 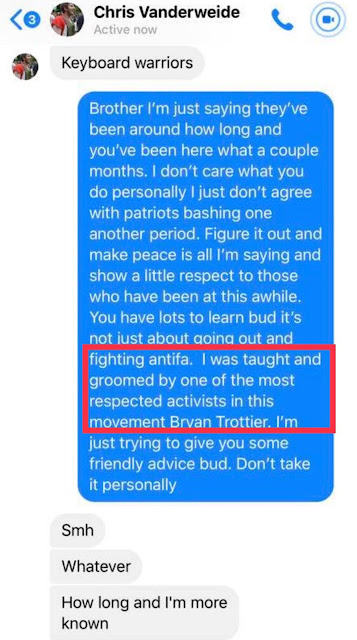 He thinks being "taught and groomed" by Bryan Trottier is a big deal! And that he's respected!!!!

Oh man! I haven't had a belly laugh like that in months!

Anyways, suffice it to say that the WoO aren't on Vanderweide's side: 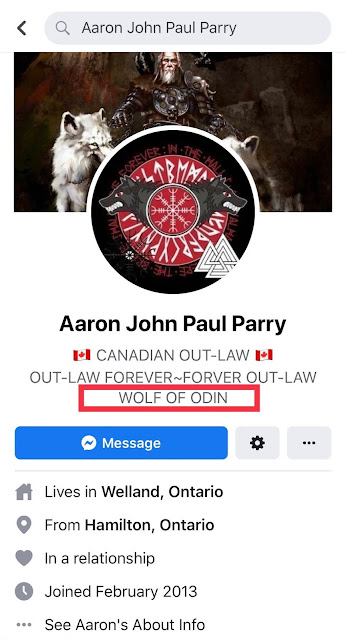 On the other hand many of ARC's readers couldn't help noticing the new sticker on Vanderweide's helmet: 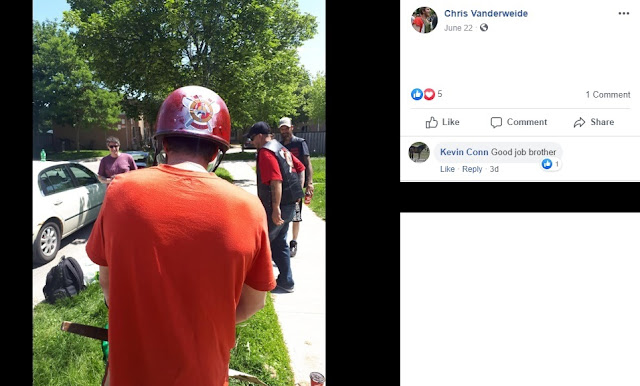