I've worked at the same job for close to 20 years and I really do love it. However there are drawbacks.

On the one hand, my employment allows me to pay my mortgage. To buy a new car when the old one's motor explodes in the middle of rural Manitoba. To go on trips to places like Nepal, Tunisia, and Portugal.

On the other hand, it prevents me from jumping on the blog right away to bring ARC's readers good news like this:

BREAKING: Faith Goldy has been banned from Facebook under their new policy against white nationalism. We have been calling for them to remove Goldy for several weeks, and this was the test that the new policy would be meaningful in Canada. #cdnpoli #topoli https://t.co/1tTyH8GeyO pic.twitter.com/kuXKJuqNOH
— Canadian Anti-Hate Network (@antihateca) April 8, 2019

We are still calling for the government to uphold the Canadian Human Rights Act in regards to social media companies, which are providing their services in a discriminatory manner. We are also calling for new teeth to this legislation to enact financial penalties.
— Canadian Anti-Hate Network (@antihateca) April 8, 2019


White nationalists Faith Goldy and Kevin Goudreau have been banned from both Facebook and Instagram, though I'm not sure if "No Show" was on Instagram. Hate groups that have been banned include several of the Nouns of Odin and at least one group tied to the Clann.

Suffice it to say the crying and gnashing of teeth has been amusing: 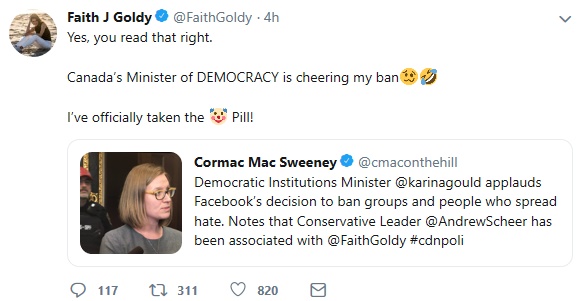 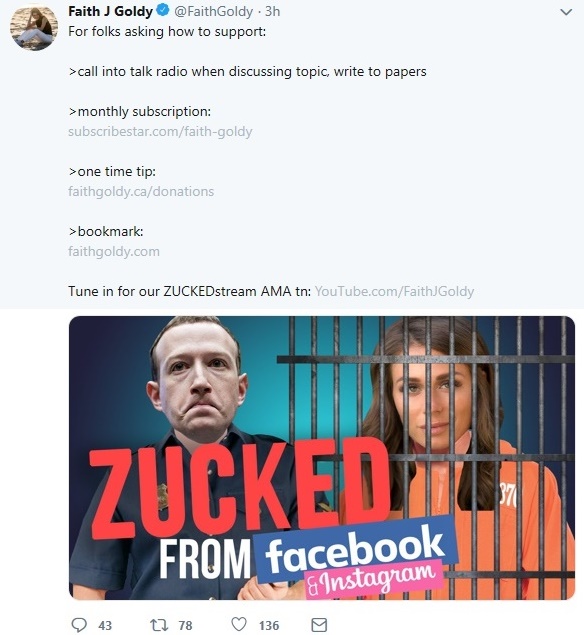 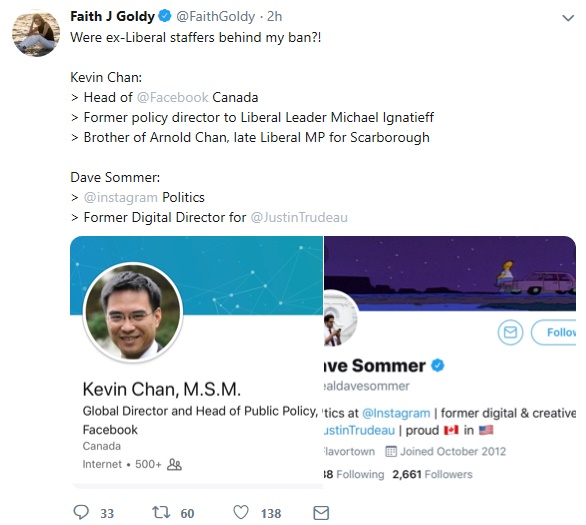 Got to say though that retweeting complaints about "Zionists" doesn't help your claim of not being a white nationalist with a penchant for dabbling in anti-semitic tropes: 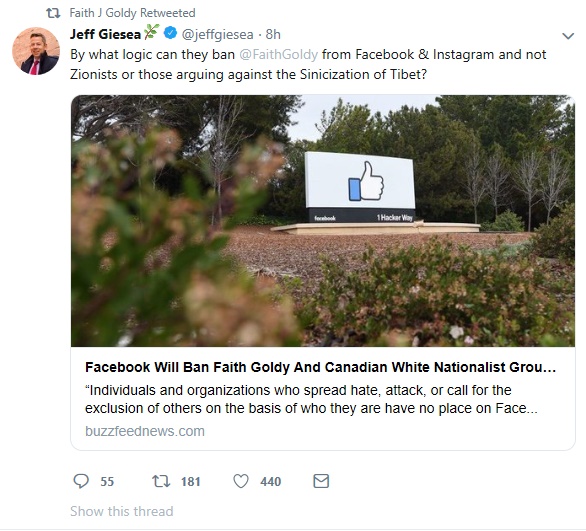 The news was also discussed today in Parliament:

Just now Dem Institutions @karinagould applauds Facebook’s decision to ban Faith Goldy, then notes that @AndrewScheer is “associated” with her and calls on Scheer to recognized that deal with it.
— David Akin 🇨🇦 (@davidakin) April 8, 2019

Now what should be humiliating for Goldy is that she is spoken of in the same breath of Kevin "No Show" Goudreau who also had a brief comment posted to Twitter: 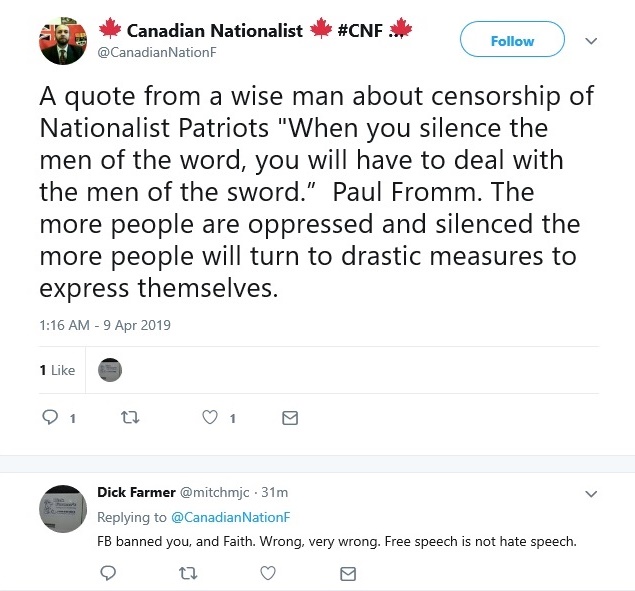 Not sure I would consider Paulie to be especially wise considering the leaky sieve of intel he's been for ARC for over a decade, but hey, you do you Kevin.

In addition to these two, a few groups have been banned including the Nouns of Odin (Soldiers, Wolves, etc) and at least one group linked to Ryan Dean's Clann.

Now this is a good first step, but it is a first step. There are other hate groups that are still active that I would ask to help take down. These include: 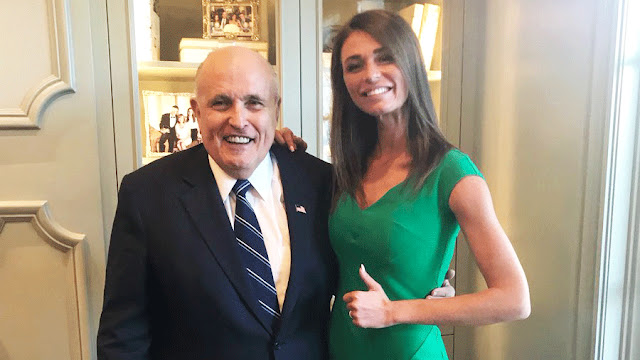 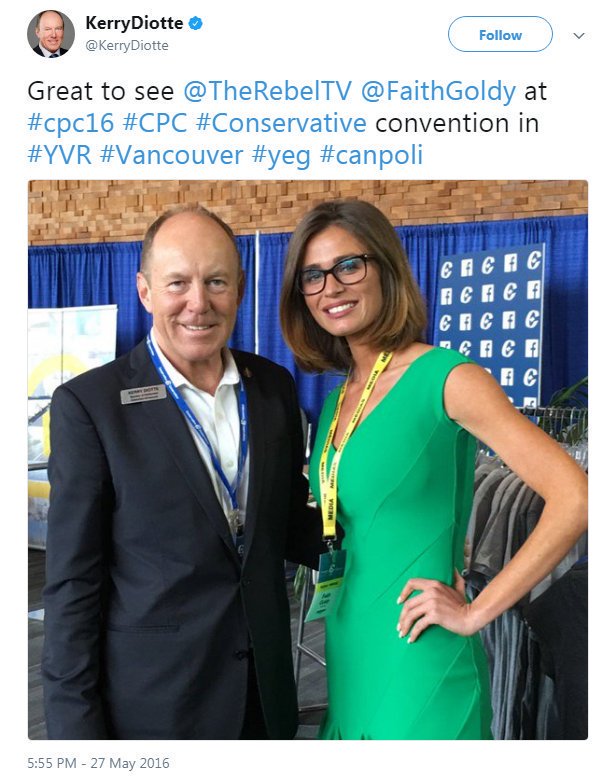 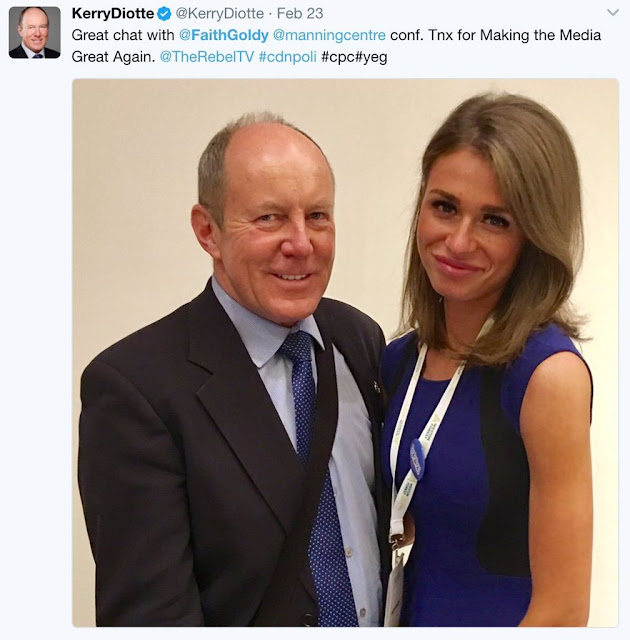 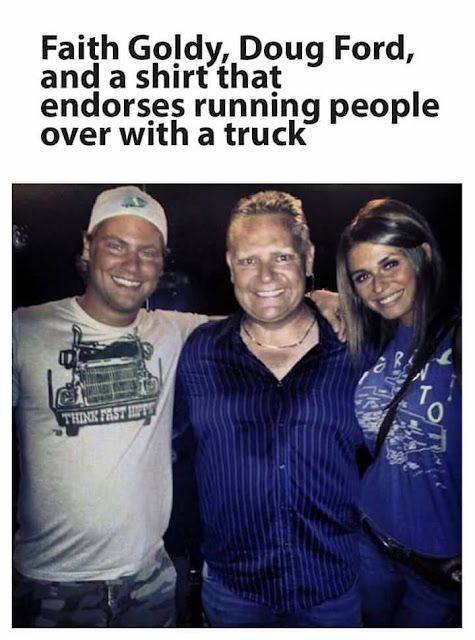 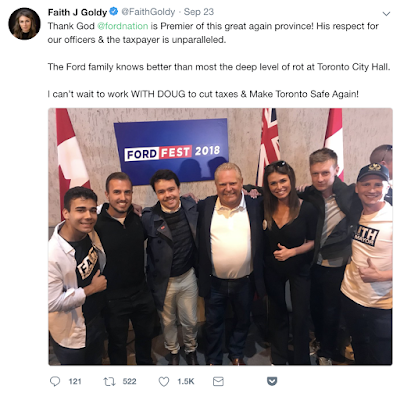 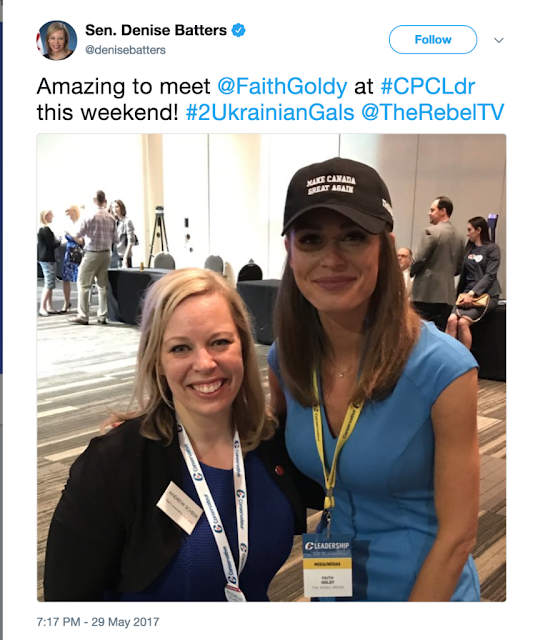 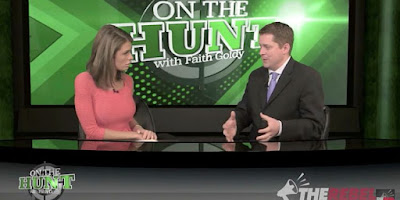 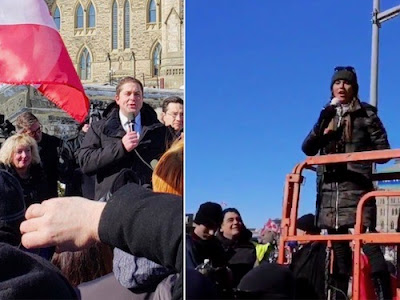 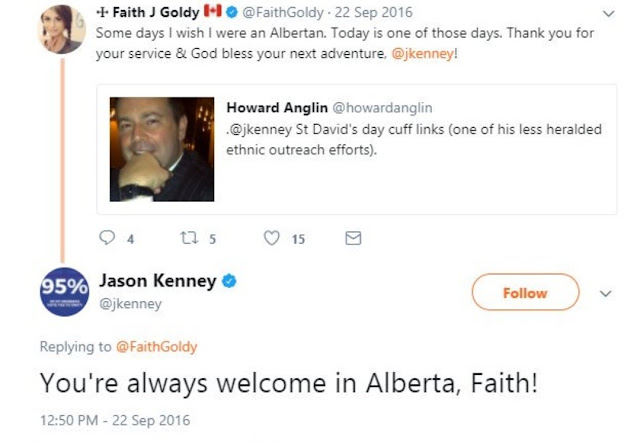 I wouldn't be surprised if this was the stroke that cuts the thin tread of Goudreau's sanity. Will be watching for an overt physical aggression from him in the near future. Hopefully he doesn't survive it, or take anyone else with him.

Now it's time for Twitter to kick off ALL these Nazi sympathizers and for YouTube to ban Ezra's two-minute-hate network once and for all.