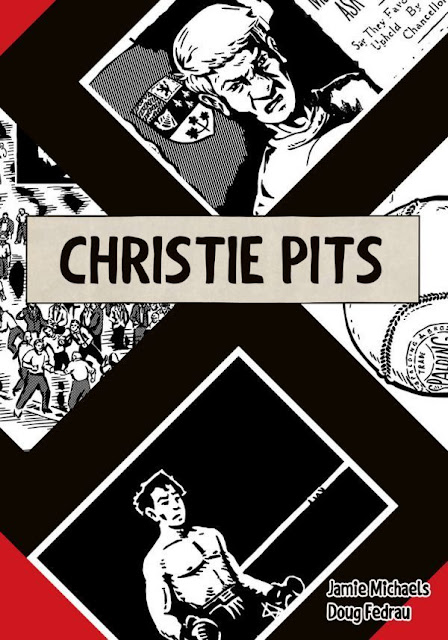 I realize book reviews are a bit of a departure for ARC, but occasionally a book comes along that captures important moments in Canada's history of racism and antisemitism earning itself a spotlight here. Christie Pits, which tells the story of the lead up to, and events of, Canada's "largest single eruption of ethnic violence in Post-Confederation Canadian history" (Michaels, 2019), on August 16th 1933, is one such book.

For those unaware, the riot began after a baseball game in Toronto's Christie Pits Park when a local "swastika club" called The Pit Gang provoked a Jewish and Italian baseball team after a game. Once reinforcements arrived, the brawl swelled to an estimated 10,000 people and spilled over into neighbouring streets. It lasted most of the night and resulted in numerous injuries, as well as property damage to Jewish shops. Fortunately, no one was killed. In the aftermath, Mayor William James Stewart forbade the display of the swastika in the city.

In some ways, I feel unqualified to talk about Christie Pits because I'm not Jewish, nor am I particularly well-read in the graphic novel genre. However, I also feel I'm exactly the sort of person writer Jamie Michaels and illustrator Doug Fedrau are trying to reach with this newly-launched work. In his introduction, writer and historian Irving Abella states that "the format of this book ... is compelling and makes an uncomfortable story more accessible." I believe this is true. And beyond accessibility, a graphic novel combines the slow pace of a book with visuals allowing the reader to sit with both and take them in, contemplate the meaning, and let the emotional connection fully develop. 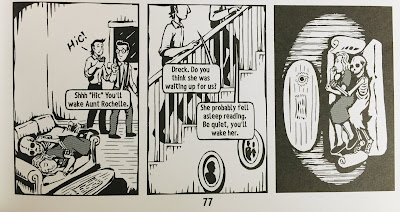 It is also worth noting that the choice to use this visual medium, with a simple, relatable, Tintin inspired style, was very deliberate. Michaels explained to the CBC that Jewish writers are well-represented in both comic books and graphic novels, paving the way for both writers and readers to engage without the same history of antisemitism found in other genres. "There's a lot of these anti-Semitic tropes embedded in literature and that's the unique thing about comics is, because it's got such Jewish origins, it's kind of one of the first modern mainstream mediums to be free of those stereotypes," he said.

In the lead-up to the riot, readers get to know a group of affable young Jewish men who easily pull you into their world. They're worried about their families, they go to work and school, enjoy sports, particularly boxing and baseball, and they take risks to find love, even if that means approaching someone different from themselves. In many ways, they'd be no different than many you'd meet in Toronto today. As Michaels said in one interview, “when you read a novel you can kind of immerse into a worldview that will give you a better understanding as a human being as opposed to being a historian.” 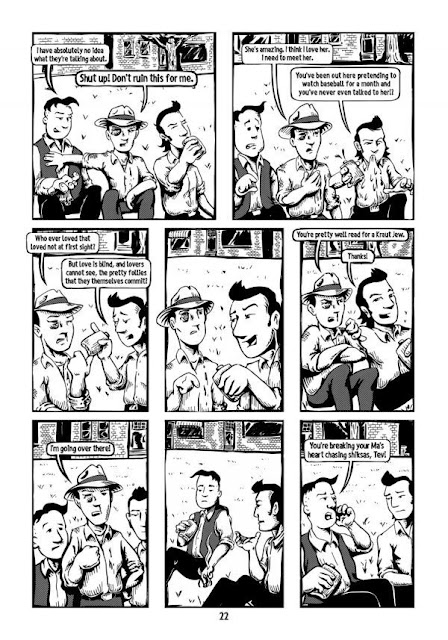 While the riot is extensively researched and incredibly well-illustrated, it, in fact, only takes up 18 pages of the book. The weight of the story is in developing the characters, as well as adding important context about the state of antisemitism in that era, which humanizes and personalizes the unimaginable for those who were not there. Conceiving of 10,000 people brawling on the streets of Toronto is impossible otherwise. 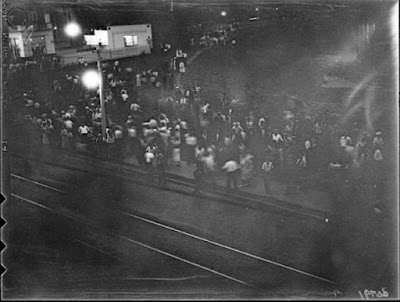 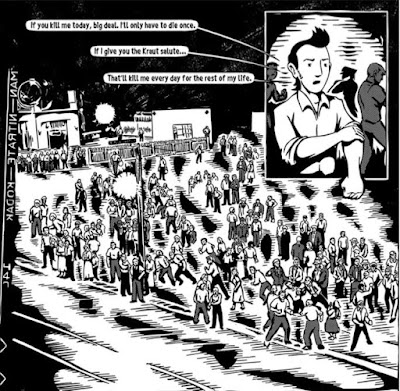 Experiencing the riot from a personal point of view is powerful, but what affected me the most is the illustration of the day-to-day antisemitism Jews experienced in Canada in the '30s, while Hitler's shadow loomed large. It is deeply humbling as a current-day activist to understand, even in a small way, how hate and discrimination can limit a person's life and create an undercurrent of fear that impacts every activity from school, to work, to making dinner and relaxing at home. 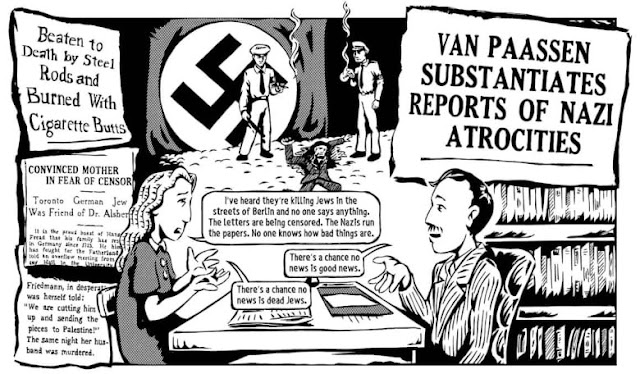 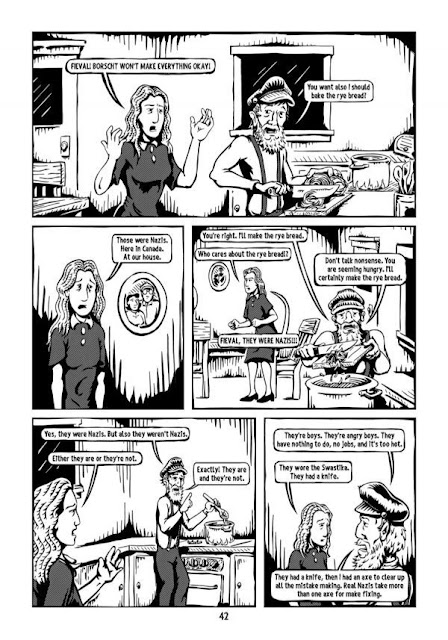 My favourite line is spoken not by a character in the story, but by Michaels himself in the postscript. He says "history never repeats itself, but it often rhymes." Christie Pits holds up a mirror for us to see an ugly past reflected in our present. As many nations in the West, including Canada, lean in to right-wing populism, we are increasingly putting our rights and relative safety at risk, and vulnerable communities will bear the brunt of voters' astonishingly poor choices. This book, as Michaels says, is "depressingly relevant." However, it contains many important lessons, not just on the dangers of hate, but on the value of ally-ship, the importance of community, and that there is always hope for change. 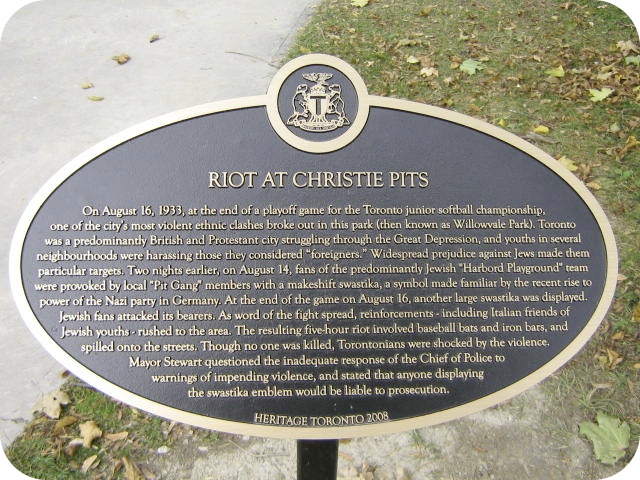 [All comic images from Dirty Water Comics. Christie Pits riot photo originally from the Globe and Mail, now Wikicommons. It is the only known photo of the riot to be preserved. Plaque from Toronto's Historical Plaques.]