Introducing the ID Canada Members Flyering At University of Calgary

I think it is noteworthy that many of the white nationalists/supremacists who have lately been proclaiming that they are not ashamed to be "proud of their race" seem to really want to hide in the shadows when doing anything to express their pride.... almost as if they know that they should be embarrassed by their actions: 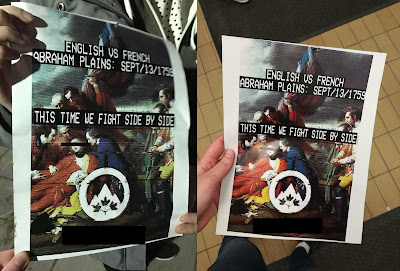 These were being posted around the grounds of the main campus of the University of Calgary around 10:00 pm on September 12. Now normally these kind of posters appear without anyone seeing who put them up. In this case however the ID Canada members (or supporters if not full members) were caught in the act: 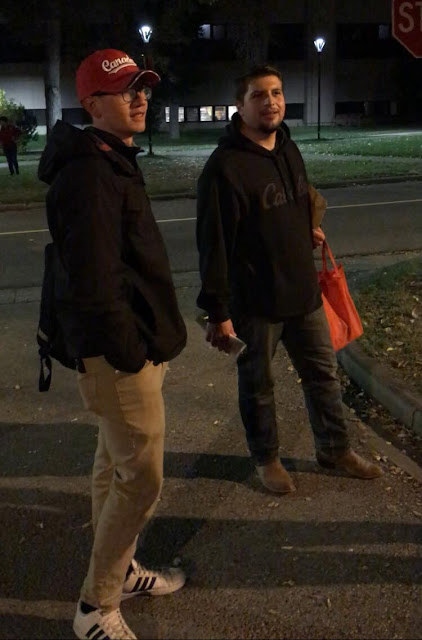 I was asked not to post the video, but I took a few more screen shots. What is amusing, at least to me, is how uncomfortable and guilty-looking these two dude-bros looked when confronted: 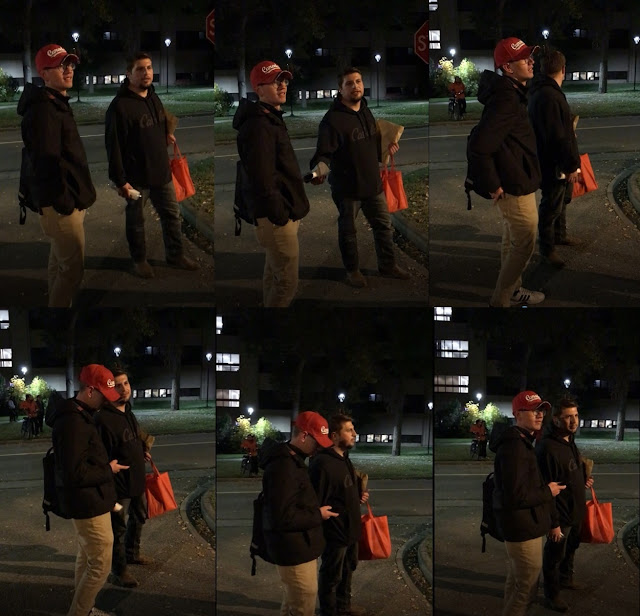 Yep, a couple of alphas right there.

In any case, if anyone has more information, don't be shy about sending it my way: 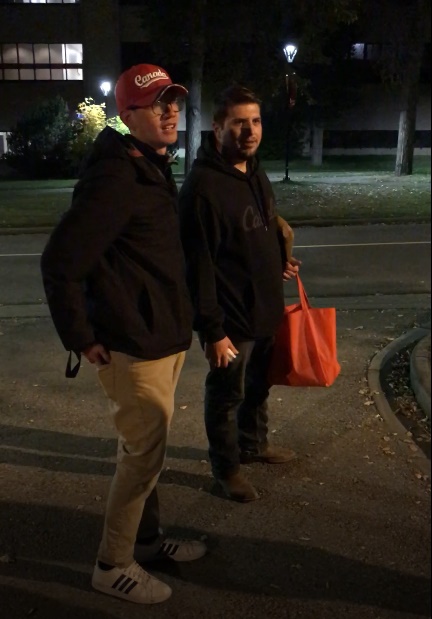 UPDATE: We have some identifications. The dumpy-looking guy is Jake Logan Findell. 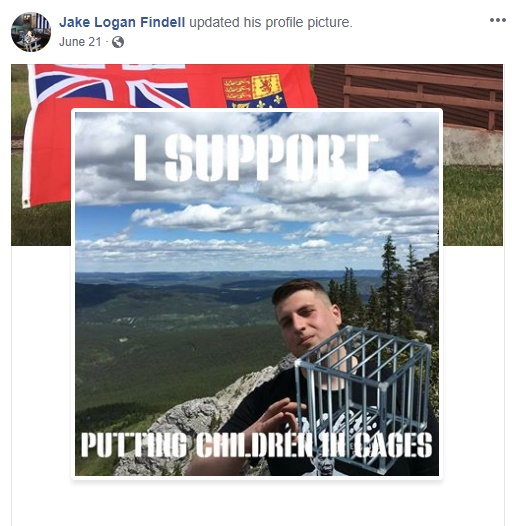 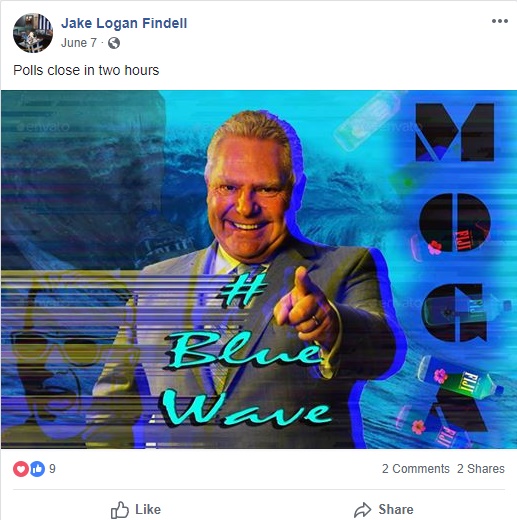 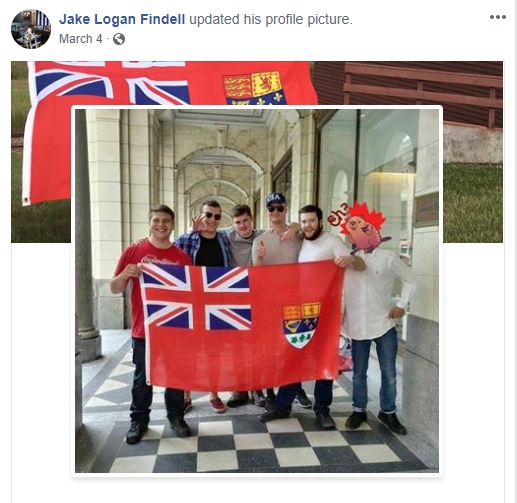 Findell was also present at the WCAI rally in front of City Hall in Calgary on June 3, 2017.

And though I didn't notice before, the person who sent information on Findell noticed from video footage that Paul Fromm was also present at the June 3 rally: 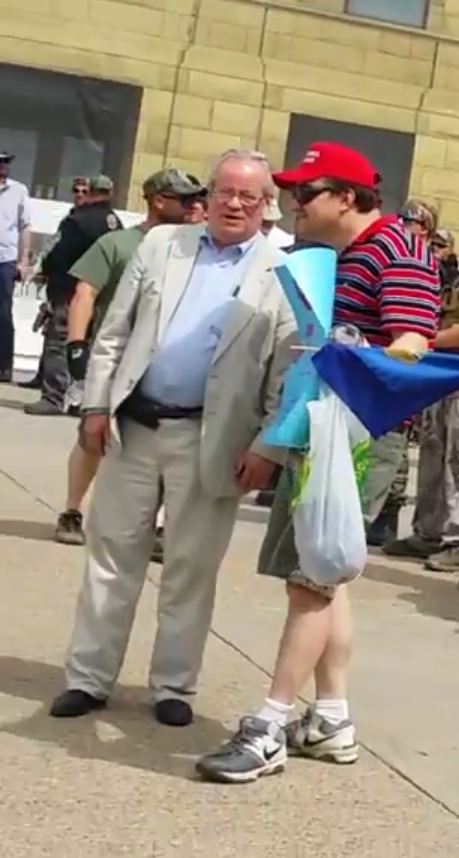