Two far-right demonstrations in Toronto this weekend. PEGIDA on Saturday and the Canadian Combat Coalition on Sunday. Also, PQ candidate out of the running for anti-Islam post, Edmonton community stands up to Soldiers of Odin, and more. For details, visit: https://t.co/YhxpmHnwFa
— Canadian Anti-Hate Network (@antihateca) September 6, 2018

Immediately after the murders of Reese Fallon and Julianna Kozis (thirteen others were injured in the attack) Islamophobes immediately tried to exploit the tragedy. Among those groups was Dan Dubois and the embarrassingly named Canadian Combat Coaltion.

Today members of that hate group and their supporters are in Greektown ostensibly to hold a vigil in order to memorialize the victims of terrorism, but the real reason is far more cynical. No CCC member is from the area and no one from the neighborhood as far as this writer knows wants any of them there:

Matthew Bingley of Global News Toronto is on the scene:

Police have set up some fencing around Alexander the Great Park ahead of a couple of rival protests. pic.twitter.com/icZRwO9lYE
— Matthew Bingley (@mattybing) September 9, 2018

An inter-faith group has gathered here to occupy the space after hearing a hate group would be coming. But many of those gathered don’t seem to know how this is going to play out. pic.twitter.com/D3XORI14yP
— Matthew Bingley (@mattybing) September 9, 2018

Some men in Canadian Combat Coalition shirts have arrived and are now standing on the edge of the park. pic.twitter.com/Lq4uYOcgyT
— Matthew Bingley (@mattybing) September 9, 2018


And of course Faith Goldy showed up (along with her new BFF Meir Weinstein):

The racists are significantly outnumbered:

Just rushed from Barrie to get to Alex the Great Parkette on #Danforth to find hundreds of citizens filled up square and staying here to prevent a couple dozen white supremacists from having free rein. « No hate, no fear, refugees are welcome here » as counter protesters shout. pic.twitter.com/yNlOkk8oRf
— Craig Scott (@CraigScottCA) September 9, 2018

CCC member Dunn Ryan Mclean isn't happy that the counter-protesters both outnumber them and have occupied the park:


Dan Dubois is also doing a live video. I'll post that (in full or in part depending on length) when he stops recording. Thus far he has introduced Weinstein and Goldy. Shawn McBeath is also there:


These folks are classy:


This lady is running for the city council in Toronto, but hates Toronto and thinks that she might be shot by a counter-protester:


When Dubois gets on the mic and tries give a "dignified" and solemn speech befitting the planned event, he shows his hand by referring to the counter-protesters as "libtards." Of course, a significant number of the people counter-protesting are from Greektown and, in theory, are among the victims Dubois and his Islamophobic hate group have come to support.

A police officer shuts him down almost immediately:


Eventually the "vigil" gets underway and includes speeches by Dubois, Weinstein, Goldy, and Banerjee (but Banerjee is boring so I cut him out):


This was all followed by a few brief minutes of self-serving prayer. Then the vigil, such that it ever was, was over.


These are some of the comments during Dubois' live feed. Remember that this is a neigborhood that was beset by tragedy and Dubois claims he and his supporters were there to memorialize the victims of terrorism: 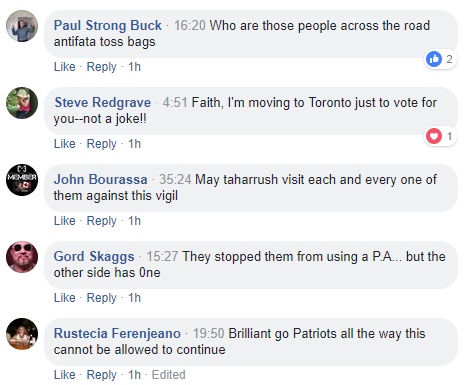 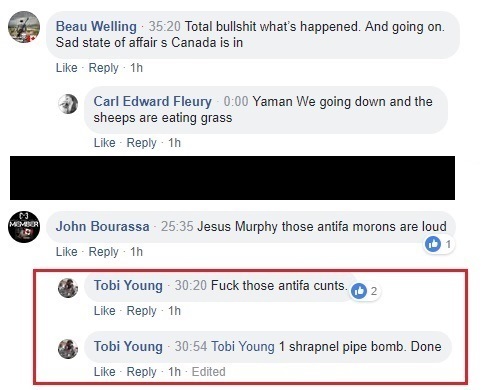 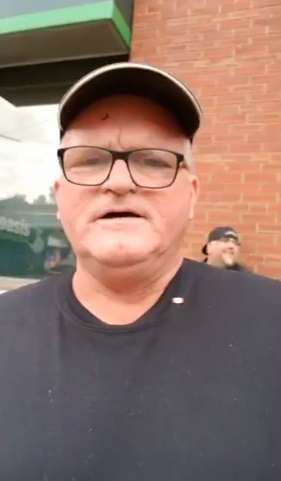 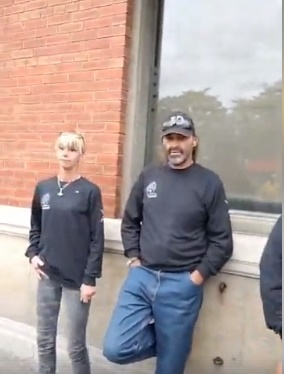 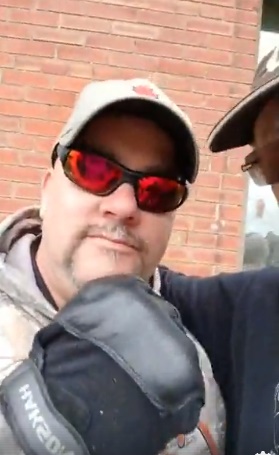 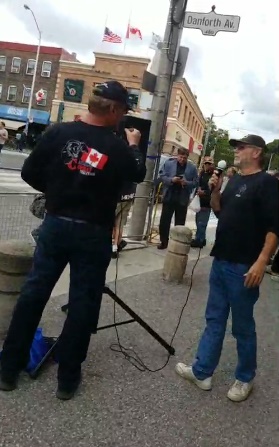 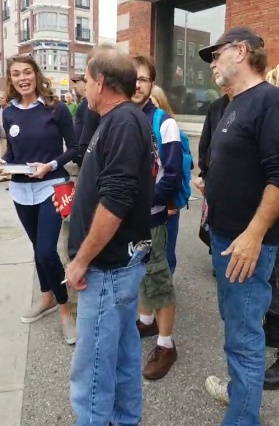 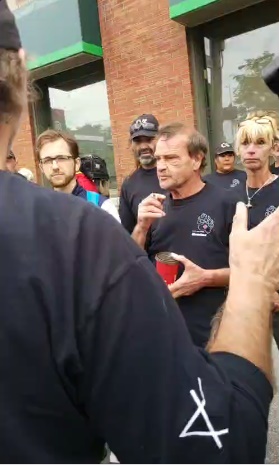 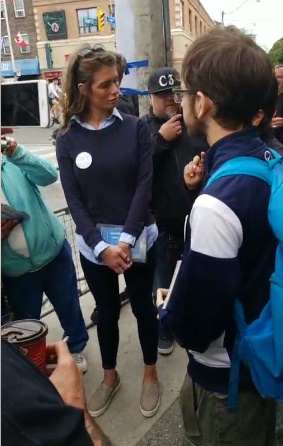 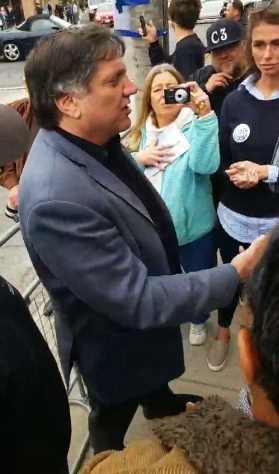 Ron Banerjee is there too because of course he is: 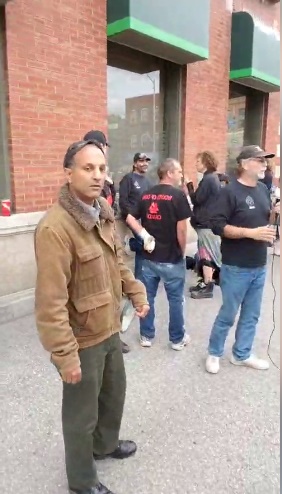 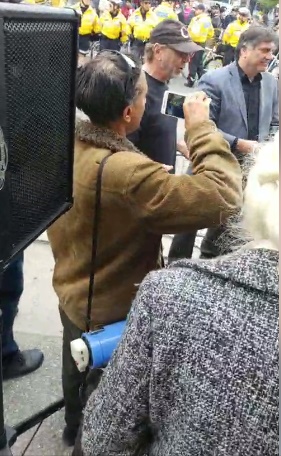 
Here are some of the comments: 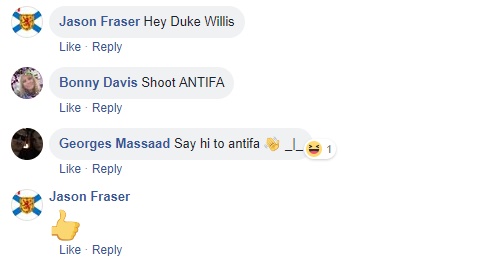 After leaving Greektown, Dubois, Goldy, Banerjee, much of the CCC and Sons of Odin crew, stopped as a restaurant for drinks. Dubois was again pissed at the poor showing: