Reprinted with permission from the original author. 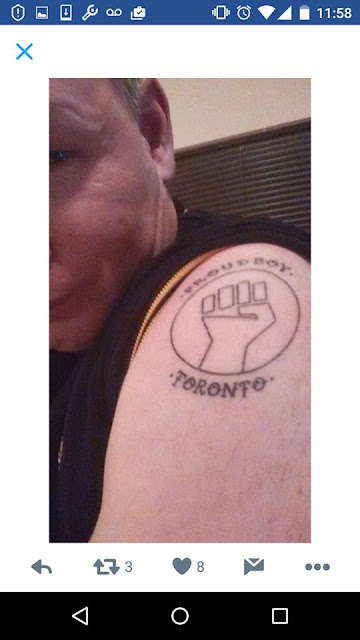 By now some people are familiar with the wannabe frat boy right wing cult called the Proud Boys. Their schtick is a constructed hyper -“masculinity” mixed in with racism, misogyny,homophobia and stale internet memes. They have started to show up at demos and have thrown fists when they can get away with it. And some people have felt that they have been able to get away with a lot. There is a concern out there that the police have protected the Proud Boy bigots from harm while turning a blind eye to their violent actions and provocations.

Let’s meet one of them. Ron Stubbings. (Ron Banerjee, Ronny Cameron, now Ron Stubbings...why are they always called Ron?) In his late 40’s Ron can hardly be labelled as a boy in chronological terms. It would be unfair to even say he had the mentality of a typical boy as most boys do not harbor such vile hatred.

Ron wanted to be an Anglican priest and studied theology at UofT, then he wanted to be a comedian. He now seems to have decided to take a new career path as a full time hater.

Here is a bio from his comedian days: 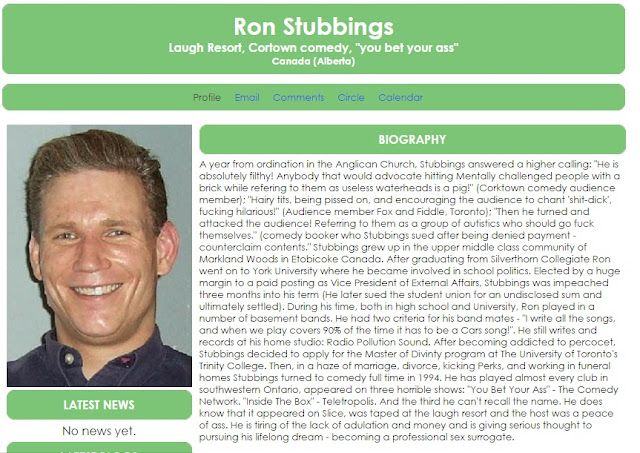 and another one that gives a bit more info: 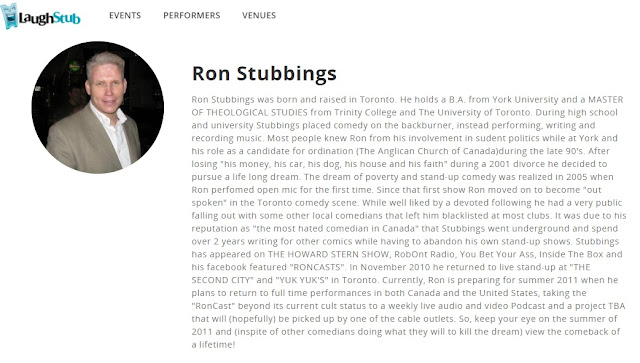 Ron is now all about the Proud Boys. Here is an editorial he wrote for their magazine: 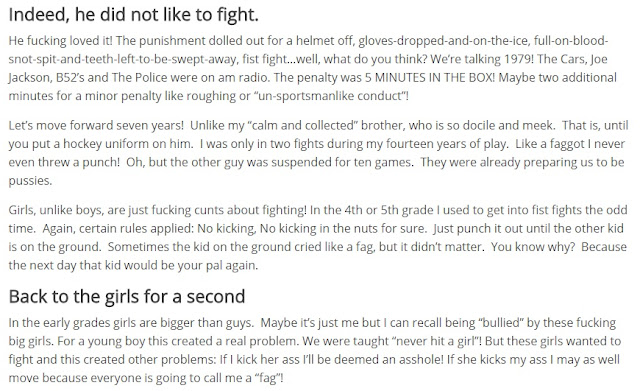 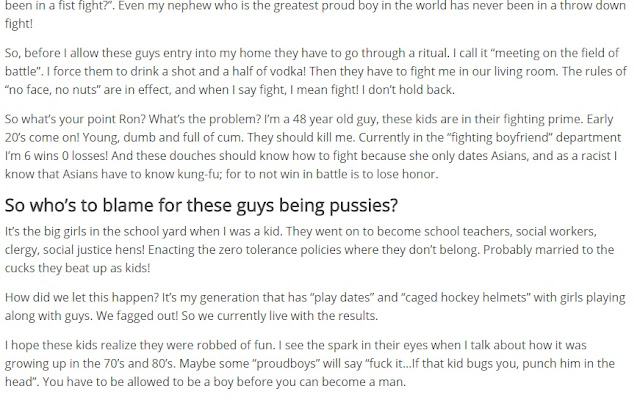 The editorial is a strange piece about the merits of fighting (I think, it is badly written) and he name drops his brother “the Deputy Chief of Police for the Toronto Police Service.”

While you can’t take what these guys say at face value a quick google search reveals this: 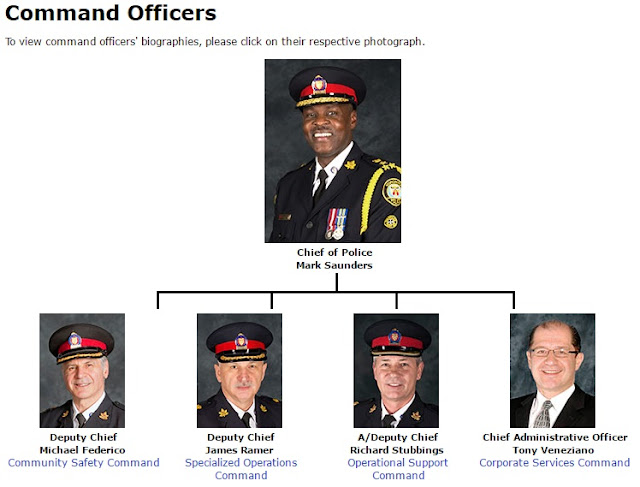 Now we can’t choose our family and we definitely can’t be held responsible for their actions. Many of us have family members that say some or do some silly stuff. That being said not all of us have family members in such positions of power nor do we name drop them in a bigot's forum. I should be clear that in no way is anyone saying that Deputy Chief of Police Stubbings shares any of Proud Boy Stubbings beliefs. Ron himself seems to feel it is relevant for people to know that his big brother is a top cop. As I stated at the beginning of this post there is a concern out there that the police have protected the Proud Boy bigots against harm while turning a blind eye to their violent actions and provocations. The fact that one of the Proud Boys most publicly committed members in Toronto is trumpeting that he is brothers with one of the highest ranking police officers in the city does nothing to alleviate that concern.

I will leave you with a picture of Ron’s fancy new tattoo and a few of his tweets. 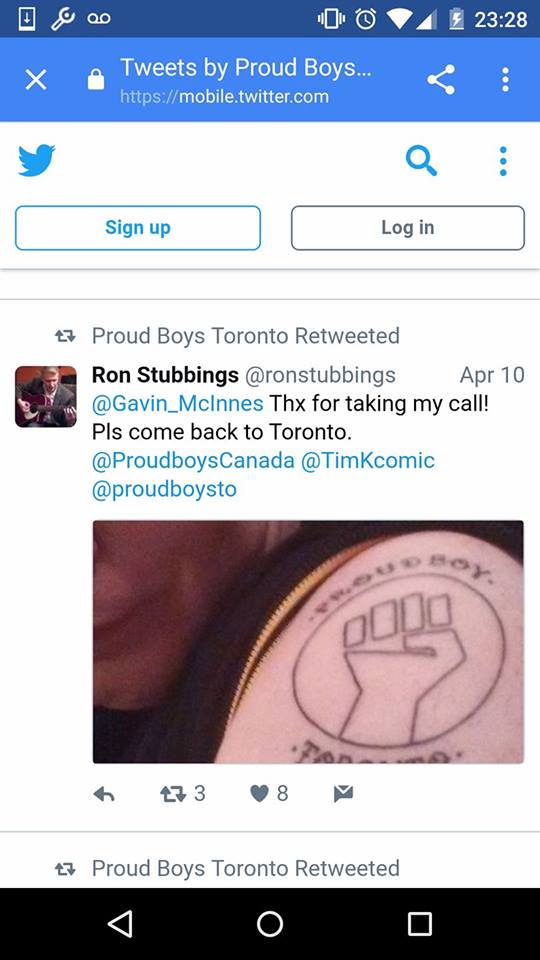 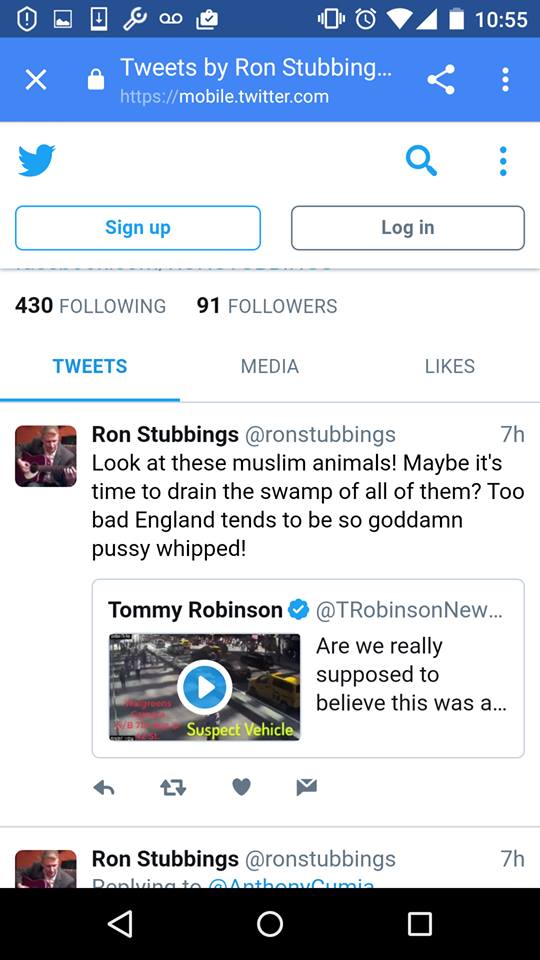 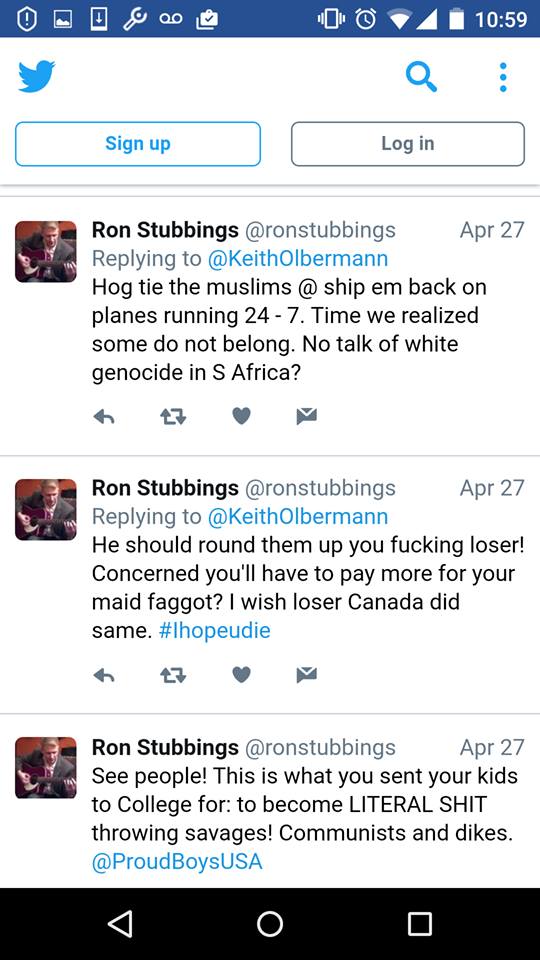 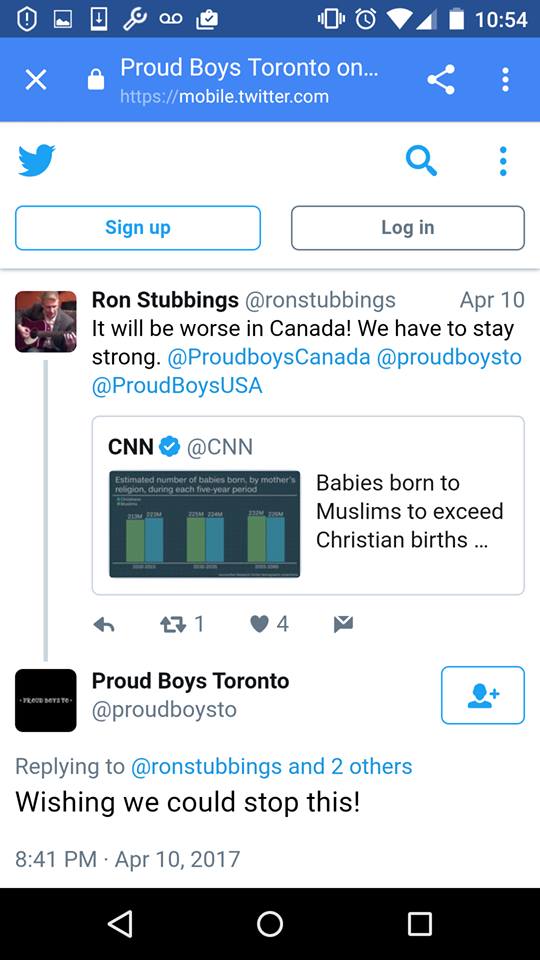