Infighting Amongst Canadian Islamophobes: Part 6 - WCAI and ACC Continue to Attack Each Other

It doesn't appear to an end in sight in the ongoing fight between two Canadian Islamophobic groups based out of Alberta. The last article ARC published included the screen shots of an hours long argument over a planned rally in Edmonton organized by Alberta Citizen's Council. Members of the ACC were adamant that an even more extreme hate group, WCAI Canada, not promote the event since the WCAI's overt hatred of Muslims diminished the respectability of the ACC organized event.

And fyi, the ACC aren't any less Islamophobic as evidenced by the posts made by the head of the group. They just want to keep that part of the group on the down-low for the duration of the Edmonton event in order to attract those, "legit big time speakers" who might otherwise shy away.

Long story, short, Deluca and his WCAI as well as their allied group the Canadian Combat Coalition decided to pull out of Edmonton and instead participate in a Calgary rally, which would then result in two Alberta-based protests.

However, if Deluca had it his way, he and his wounded ego would very much like the Edmonton event to fail, a sentiment expressed in the video that was also published on the previous article after the argument had run it's course:

This was further enforced in subsequent posts on social media in which he and Ryan Dean of the CCC attempts to poach those who had planned on attending the Edmonton event or, barring that, urging them to simply stay home:

Seems a bit petty and underhanded, but then again I don't have a dog in this particular hunt.

One person who does though is ACC president Jeff Sharpe: 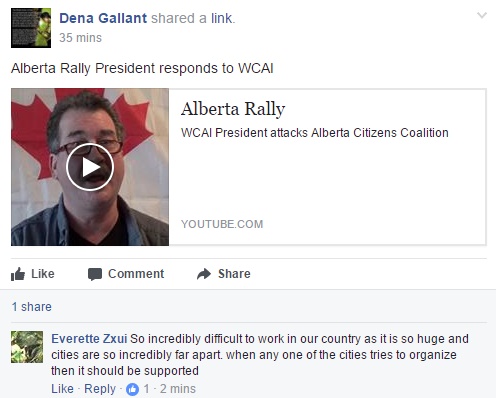 And not surprisingly, he's not very happy with Deluca and co. attempting to undermine his efforts further:


Theresa Smith also received a shout out in Deluca's video and she seems somewhat confused by it all: 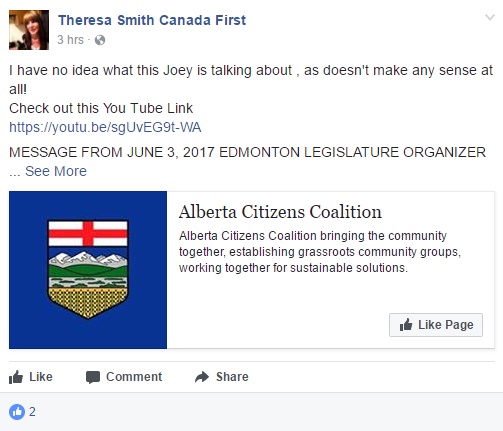 Another of Jeff Sharpe's supporters, "Trev English" whom Sharpe described helping the ACC, has continued his tirade against Deluca and Ryan Dean from the previous day:

This has resulted in Deluca and co. responding and, amusingly from this writer's perspective, partially doxxing a fellow Islamophobe:

The content of "Trev English's" DM's to Deluca, Dean, and others are as follows: 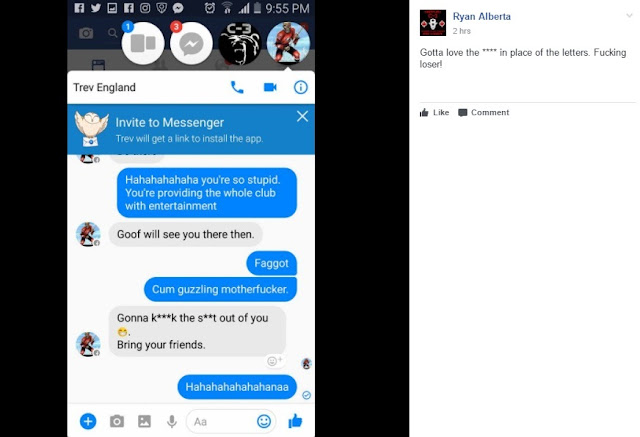 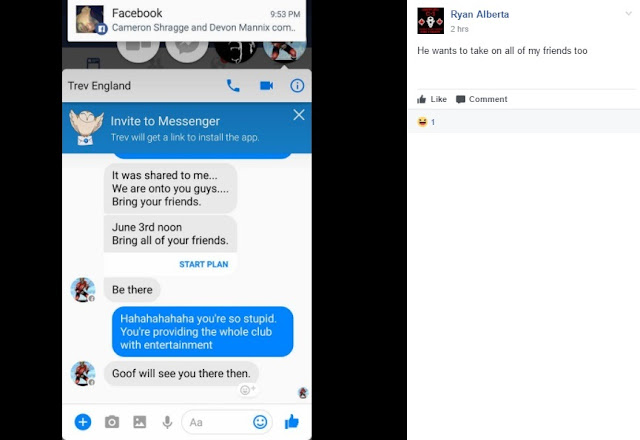 I don't know about all of you, but I am really enjoying this show.