Since 2015, the far-right in Canada focused on a few key issues including opposing immigration, embracing Islamophobia, perpetuating anti-Globalist conspiracy theories that were both subtlety and overtly anti-Semitic, and promoting racist canards about their fellow Canadians. At the core of many of these groups' and individuals' rage -- Nouns of Odin, Pegida Canada, Canadian Combat Coalition, Northern  Guard, III% militia members, Yellow Vesters, and others -- was an almost manic hatred of the Liberal Party of Canada generally and Justin Trudeau specifically upon whom they placed all of their grievances real and imagined.... and they were mostly imagined.

I remember the day after the election in 2015 some of the people who would be associated with these groups demanding that the election be voided and the former Conservative Prime Minister be installed as the head of government once again. Since that day these groups and individuals have invested a great deal of time and effort to defeat who they believed was the cause of their perceived misery. And they were genuinely confident that on October 22, 2019, the Liberals would not only be defeated but that the party itself would be destroyed, Trudeau would be arrested, tried, and executed for treason (though the reasons they provide for said "treason" were always nebulous and usually amounted to "I hate him so much!!!), and the "old stock" Canadians would then drive the swarthy hordes of immigrants and Muslims into the sea ushering in a new conservative dawn.

Didn't quite happen that way.

I spent time watching these groups this past Monday as the results came in and the members were genuinely shocked that what they expected didn't happen. Despite polling that suggested a Liberal minority government, they refused to believe the "fake news." They had lived in an echo chamber for so long that they simply couldn't conceive that the political party and the man they so despised wasn't hated by others. They really, truly, believed that their views were mainstream and that those who disagreed were fringe "antifa" controlled by George Soros, the UN, and the Muslim Brotherhood.... I'm sure the Bilderbergers fit in there somewhere as well.

And so now some of those "patriot" leaders have decided to further stoke the unreasonable rage, promote new conspiracies to explain their failure to understand the Canadian electorate, and encourage acts of violence: 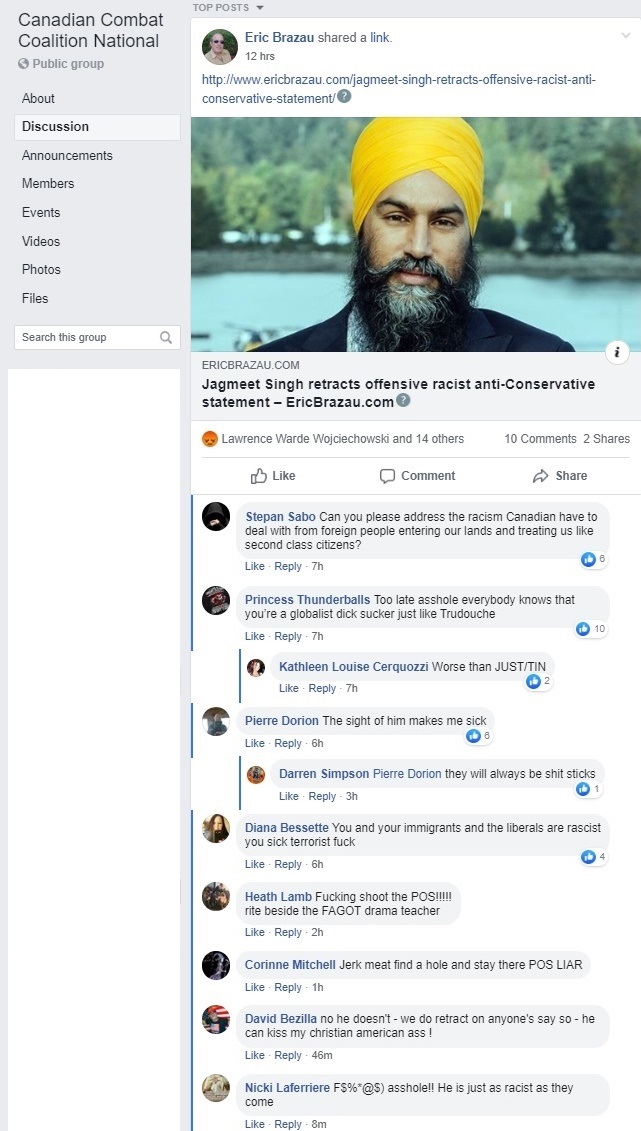 Members of the III% militia:

Ronny Cameron posting in a Worldwide Coalition Against Islam group:

Charlene O'Farrell who runs Canadians United 4 Canada on Facebook and who was associated with the Soldiers of Odin: 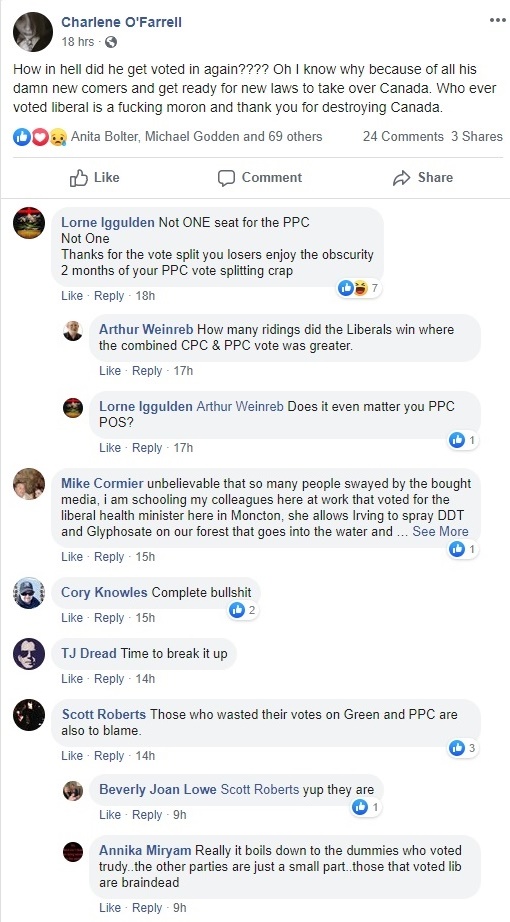 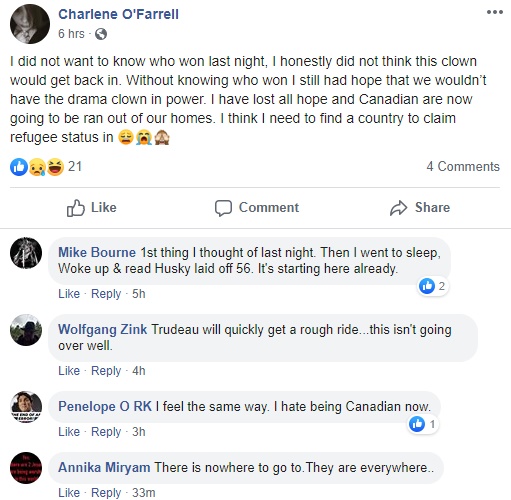 A group I only recently became acquainted with, "The Canadian Revolution": 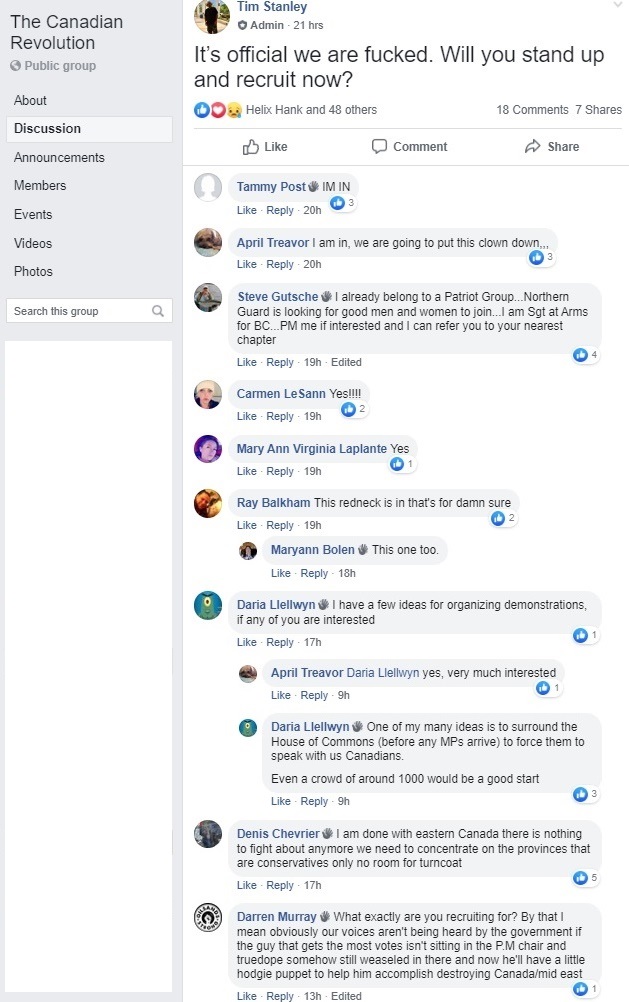 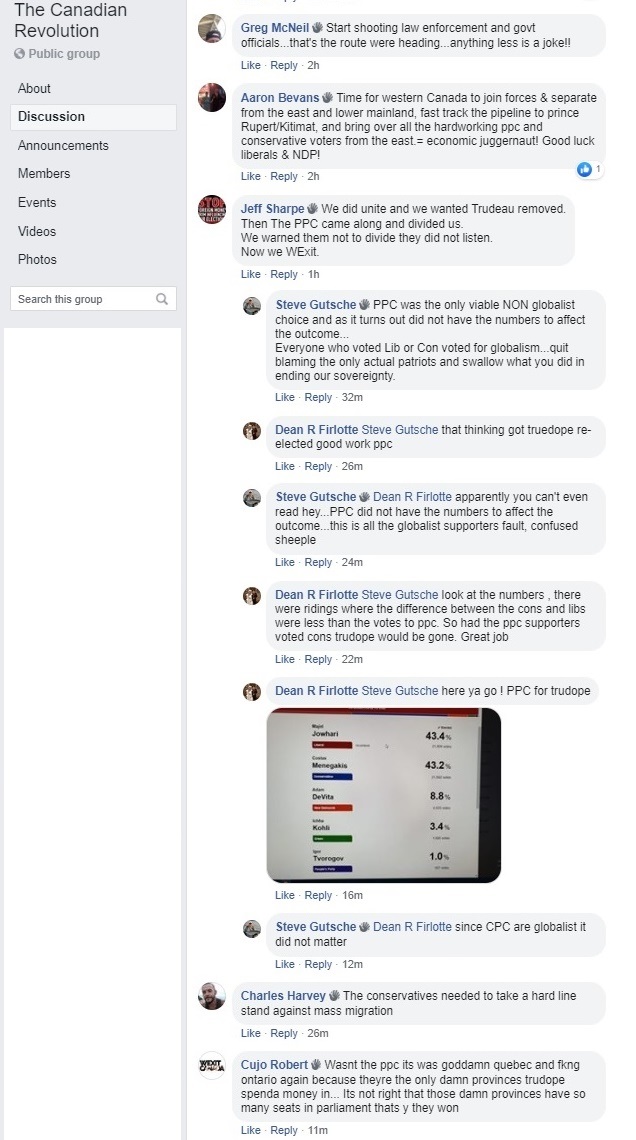 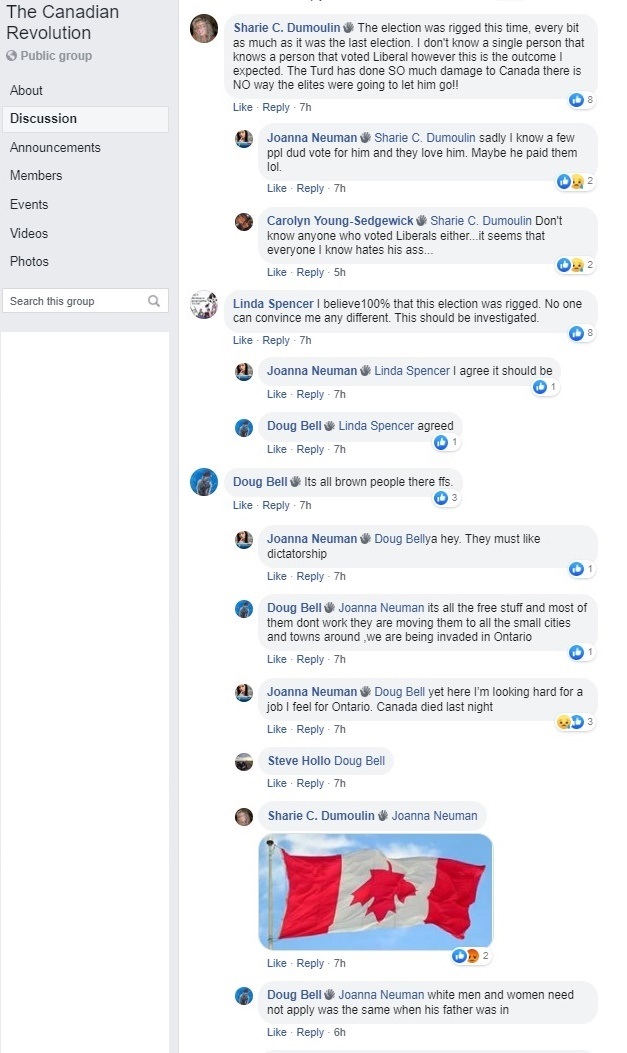 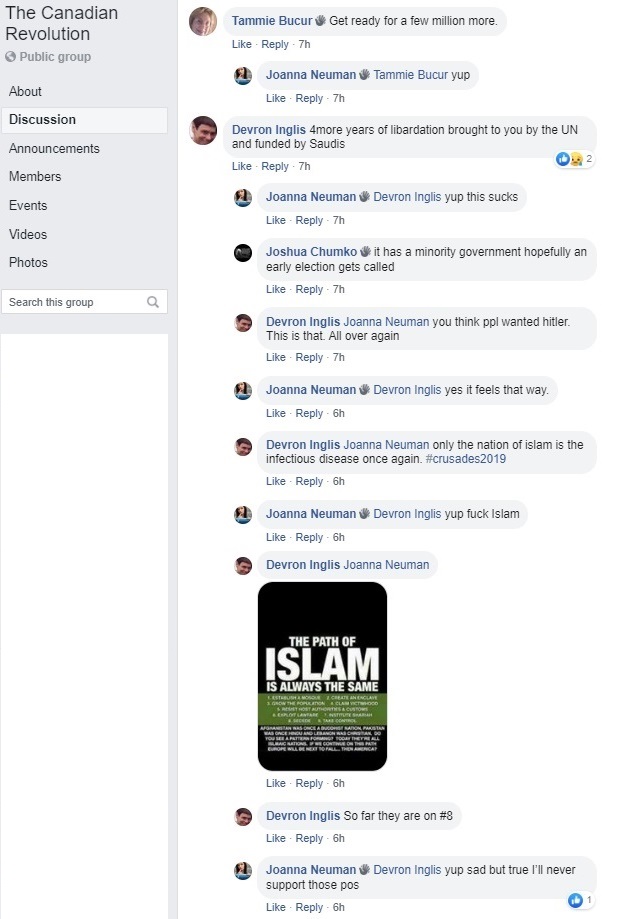 UPDATE: The folks with YVCE caught this in "The Canadian Revolution" thread posted here.

2/ Officers found a hidden room full of weapons, and McNeil was subsequently handed over 5 years in prison and has a lifetime ban on owning firearms. pic.twitter.com/YiVQND0KCr
— Yellow Vests Canada Hex-posed ☠️ (@VestsCanada) October 25, 2019

4/ More comments from McNeil. The recent election loss could further serve to push him to action, or inspire another to do so. @rcmpgrcpolice @RCMP_Nat_Div should be taking this very seriously. pic.twitter.com/6V3dfYcCJU
— Yellow Vests Canada Hex-posed ☠️ (@VestsCanada) October 25, 2019


And finally Steven Myatt's project (and there will be an article about him in the near future) "Trudeau 4 Treason": 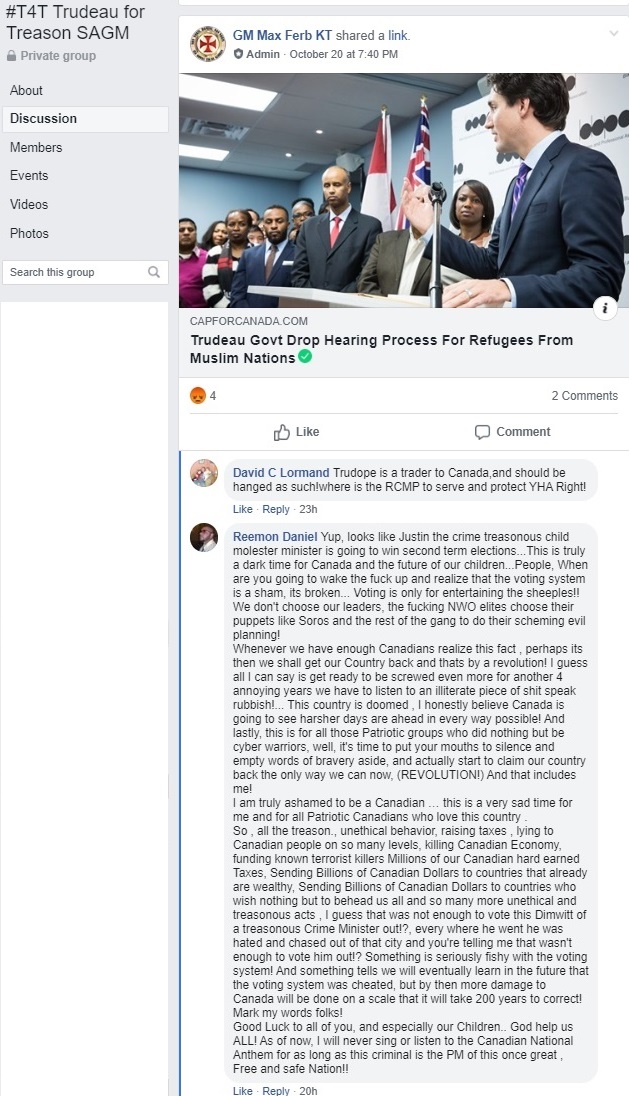 Readers will of course know that this is a tiny fraction of what is being written online.

But there is one other issue which was alluded to in some of the articles above.

The groups ARC cover style themselves as "patriots" defending what they claim are Canadian values. Those who don't support their extremist views are often labeled as "traitors". It probably shouldn't be too surprising that these "patriots" primarily in Alberta (and to some degree Saskatchewan) when faced with a legal and democratic election that didn't go their way are now demanding that their province separate from the country.

For example, we have the "patriotic" leader of the Alberta chapter of the Northern Guard Kyle Puchalski who when he was disappointed by the election results.... 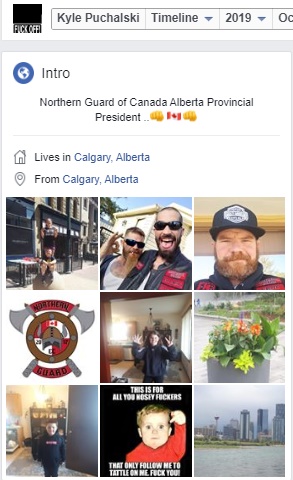 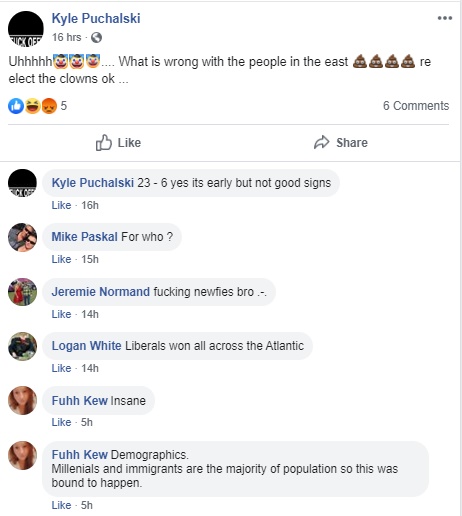 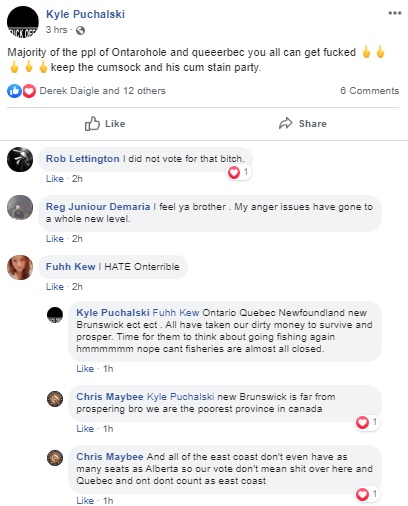 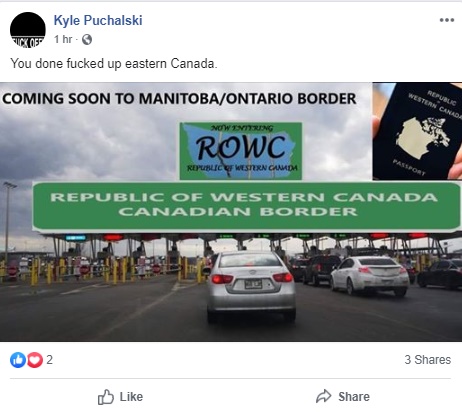 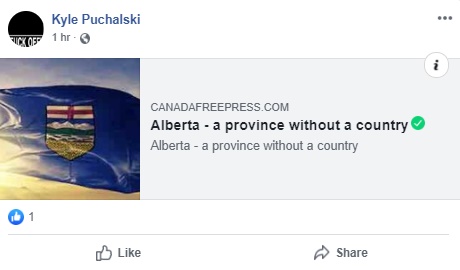 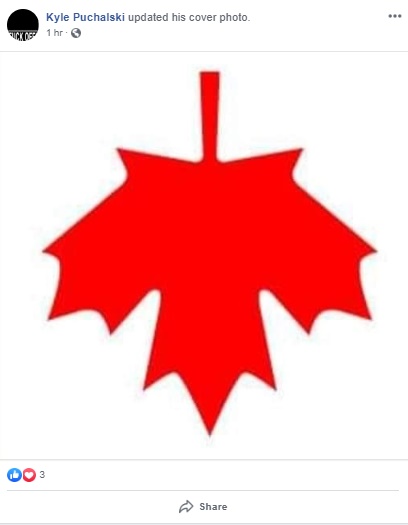 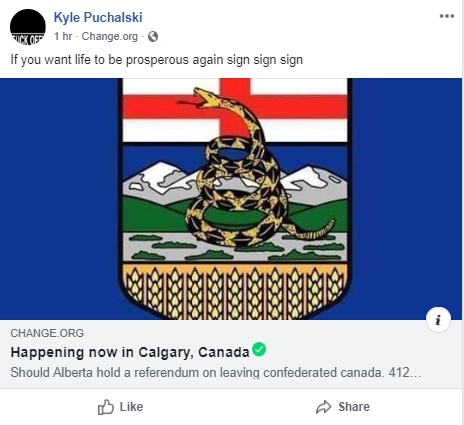 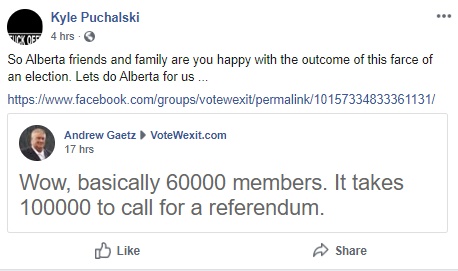 Or the great "patriots" with WCAI including Chris Hayes (who was convicted of uttering threats towards the prime minister a couple years back): 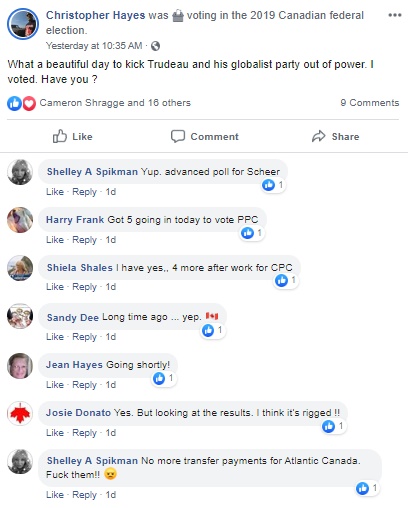 Seems his patriotism is a mile wide and an inch deep as well: 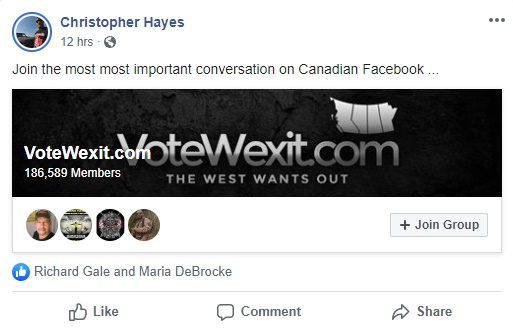 The folks from YVCE will be publish and extended article on this newish movement and the people who are leading it and who are attracted to it. One such individual is this fella:

Newer readers might not remember William Miettinen, but long time readers will be very familiar with Aryan Guard associate "Willis" the shirtless Nazi: 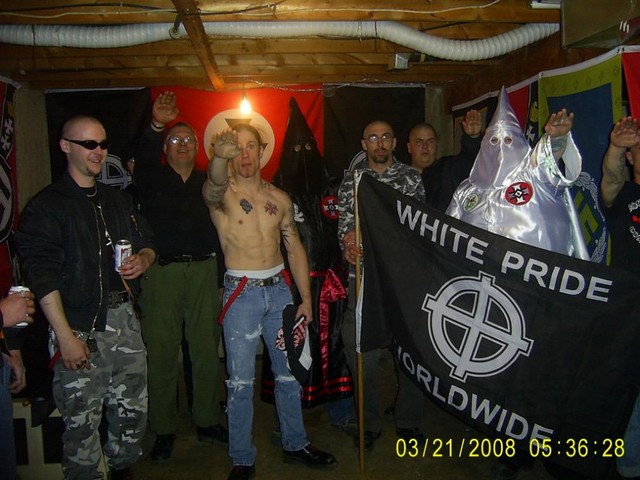 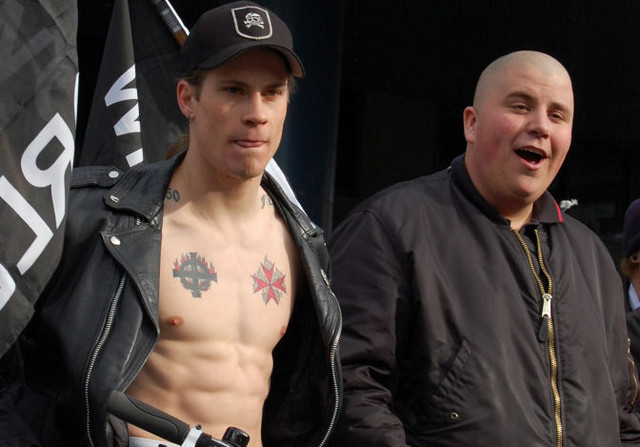