Aftermath of November 4 Hoax and A Look At Toronto, Regina, and Vancouver

For months, far right conspiracy sites have been promoting the hoax that, on November 4, antifa would be starting a civil war in the United States to violently overthrow the Trump government: 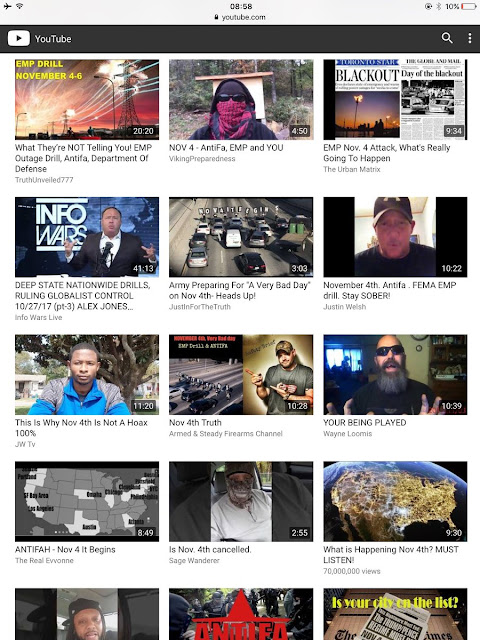 None of this was true of course, but since we're dealing with people who live in a world where outlandish conspiracy theories are accepted without question, reality doesn't really seem to matter:

Now that November 4 has come and has (almost) gone, a reasonable person who might have been caught up in the moment might start to consider the possibility that just perhaps they were tricked. Again though, we aren't exactly dealing with reasonable people:

The hoax made the rounds in Canada as ARC has noted in two articles (here and here) as far right figures had largely accepted the hoax as fact. When nothing that they predicted occurred they didn't think that they might have been incorrect. No, it was because "antifa" were too lazy and/or frightened to come out and face "patriots":

Others have commented on the failure of the anti-fascists to do what the far right had been manipulated into believing they were going to do, but Hallak and the Threepers sort of sums up the sentiments. 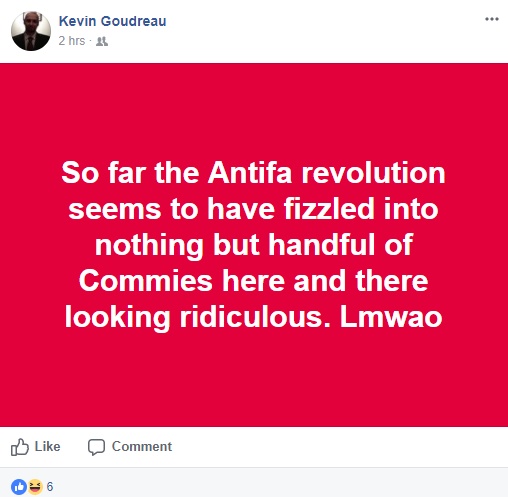 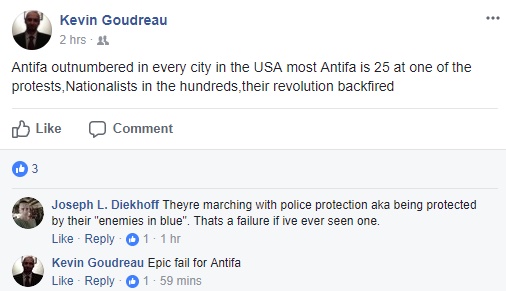 This is especially amusing when, what was expected by everyone who has ever known anything about the Goudreau, he once again failed to attend an event that he claims to have organized: 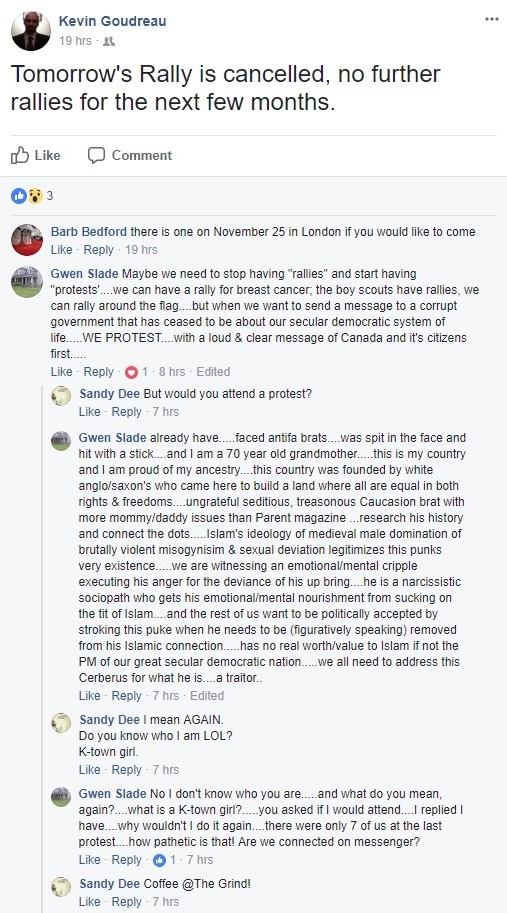 
That being said, while Goudreau was once again a no show, those who came out to oppose him had a great time:

Anti-hate rally in Toronto. It’s a response to an event planned by an anti-immigration group, which then cancelled. pic.twitter.com/tokLvpeZQU
— Lorenda Reddekopp (@CBCLorenda) November 4, 2017


Moving over to Saskatchewan, Christopher Hayes had long been organizing a response to the perceived "antifa civil war" threat. Today was his last kick at the can as Worldwide Coalition Against Islam Saskatchewan leader and he promised a big anti-antifa rally. Joey DeLuca in Calgary decided to make the trip as well and claimed he would be bringing a bus load of Albertans: 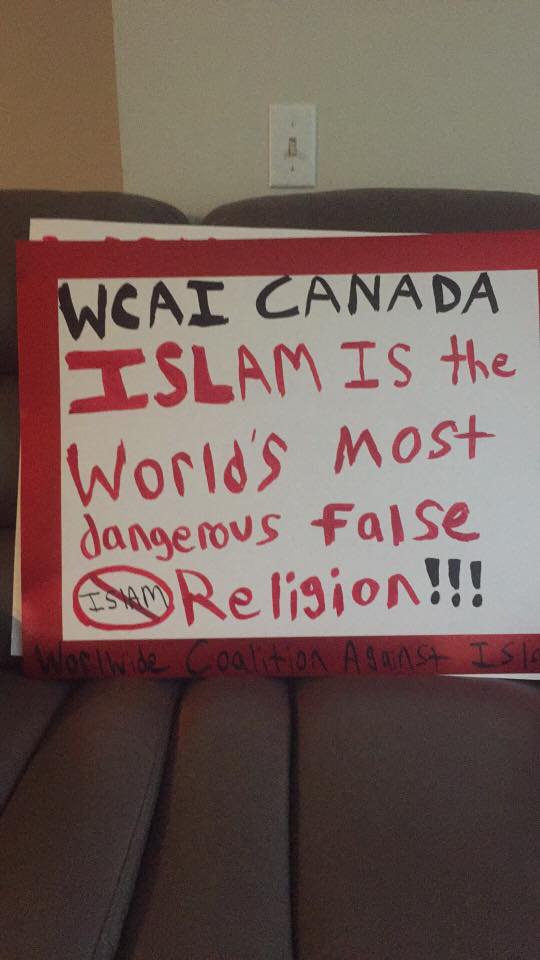 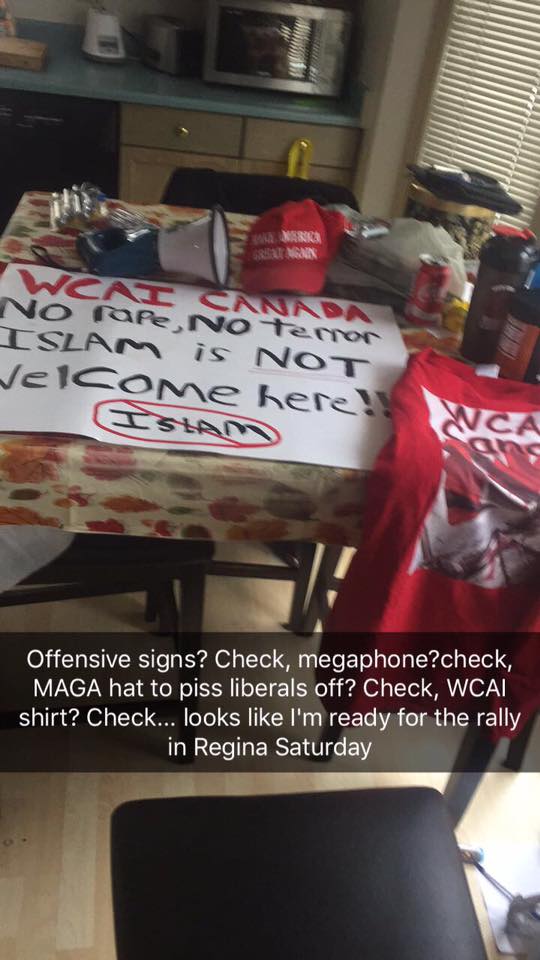 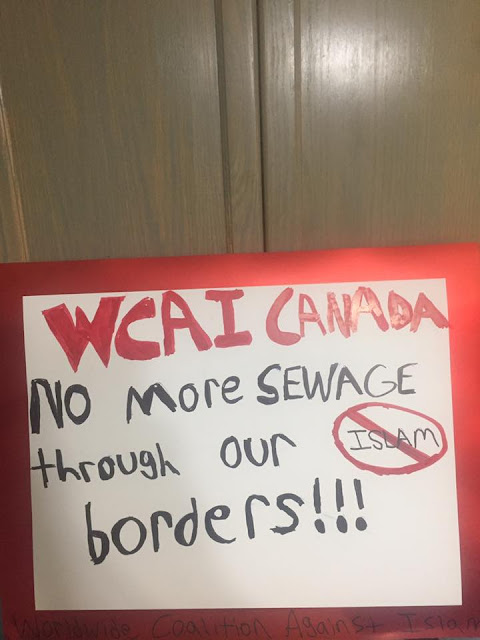 When all was said and done though, this is what turned up: 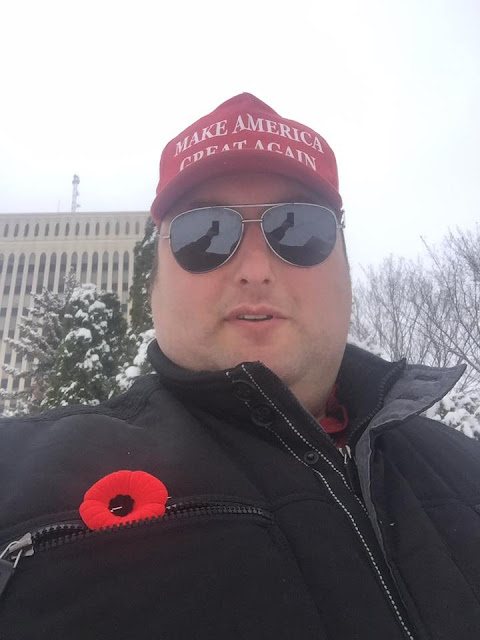 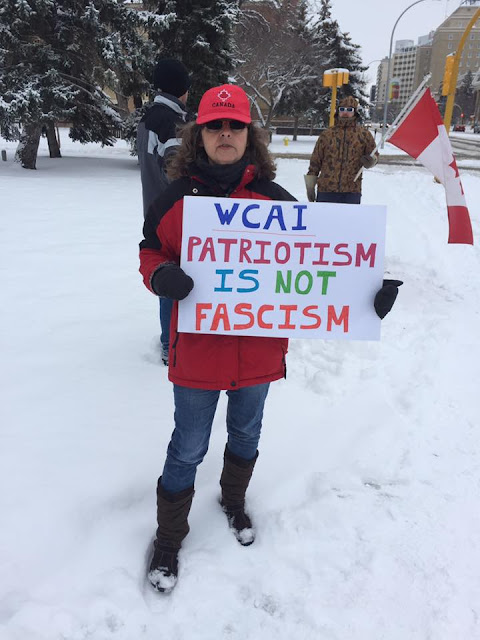 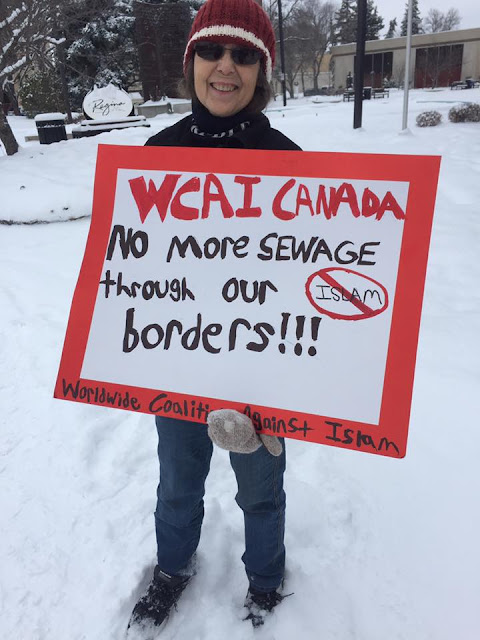 The video in which DeLuca at first excoriates those who didn't attend and then goes on to weakly brag about how they are the real warriors might be the saddest, most pathetic, displays of false bravado this writer has seen in ages:


It looks like no more than 5 people actually showed up, fewer even than the 6 who had committed previously.

Finally Glen Dumont organized a walk, along with some remnants from the Soldiers of Odin, looking for "antifa rioters" though he first needed to stock up on supplies in the early morning:


Dumont and the SoO spend the day futilely looking for those antifa militants who, because they are not readily available, must be hiding. He does however accuse random people he sees along the way of being liberals or antifa, so there's that I suppose:

In other words, total victory: