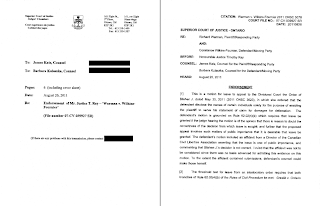 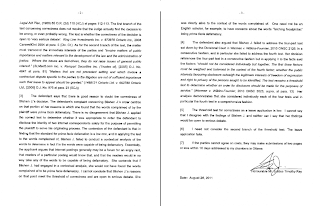 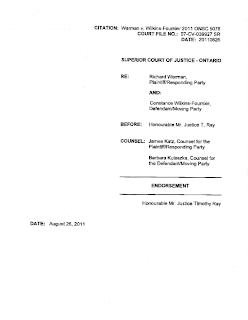 Denied leave to appeal the Blishen decision, Mark and Connie are now forced to reveal the ip information to Richard Warman. they are also on the hook for the court costs.


Latest – Warman v. Fourniers and John Does libel action – This is a libel action that has included efforts to require Internet forum owner/operators to disclose information within their possession to assist in identifying anonymous poster co-defendants so that they can be served with the libel claim.


Justice Ray of the Ontario Superior Court of Justice has refused the Fournier defendants (the forum owners) permission to appeal the latest order by Justice Blishen that they disclose all information within their possession that will assist in identifying the two remaining John Doe defendants (HR-101 and conscience). One of the other John Doe defendants has already acted reasonably by apologizing and settling out of court.


I look forward to obtaining and reviewing the John Doe information so that the actual case will continue towards mediation and then setting a trial date.


It’s interesting to note that Justice Ray refused to consider an affidavit that the Canadian Civil Liberties Association had attempted to inject without bothering to seek permission to participate in the hearing. I’ve often thought that some civil liberties organizations first lost the thread when they confused defending pornographers and neo-Nazis with real civil liberties. This latest faux pas made about as much sense as the British Columbia Civil Liberties Association’s attempt to intervene in the Warman v Lemire human rights hearings after they were over because they claimed no one wanted to work for them when they started.


Some people get no respect…


And here are the takes on this decision by some of our friends:

It's a tough line to draw between the political importance of being able to speak with anonymity online, and with alleged defamation. I'm not entirely sure where I stand on this - and suspect it's something of a rock-and-a-hard-place - but the apparent lack of concern for free expression (and I'd include fascist's expression in that, even if we find it abhorrent) on this site disturbs me.